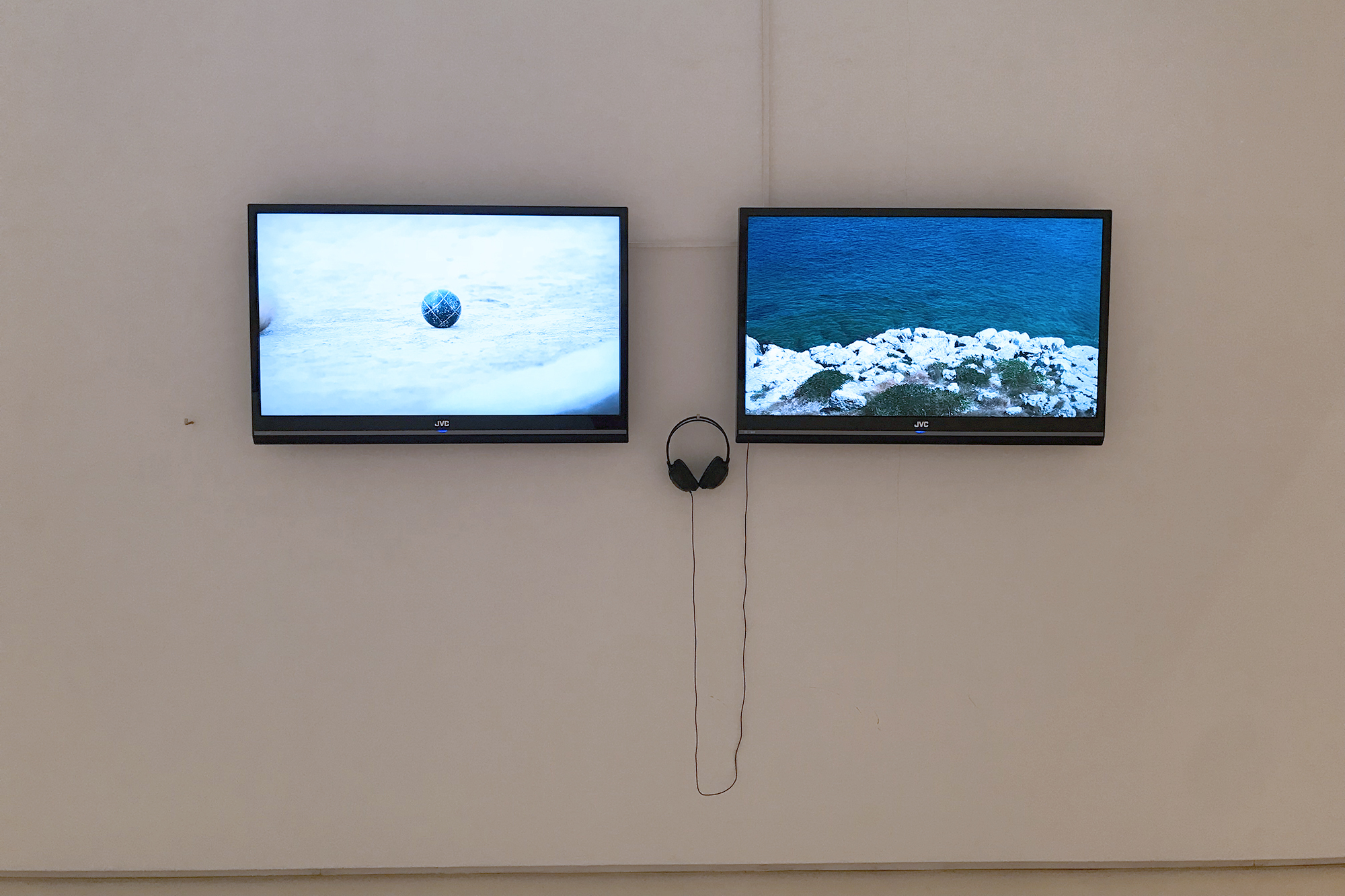 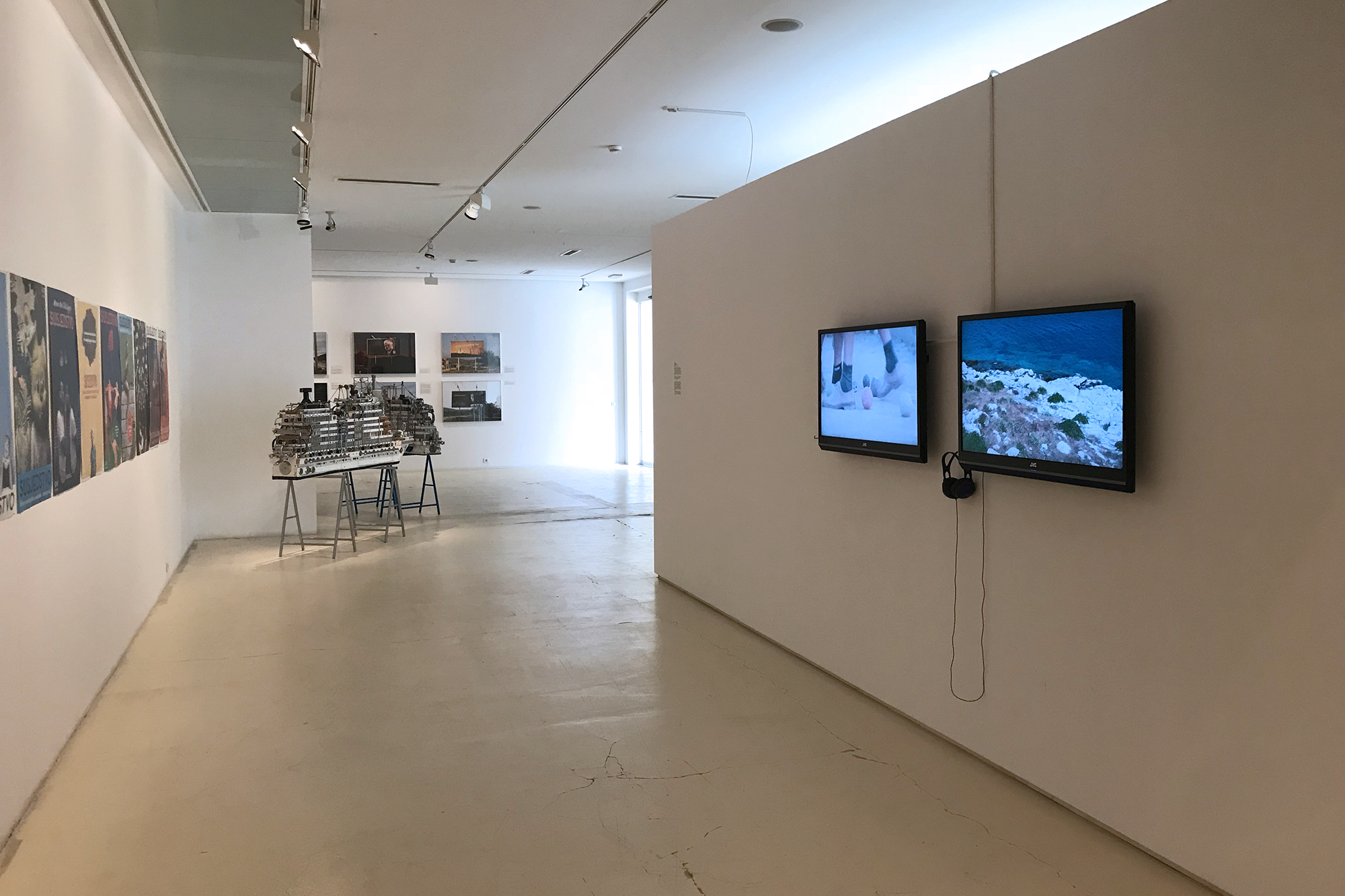 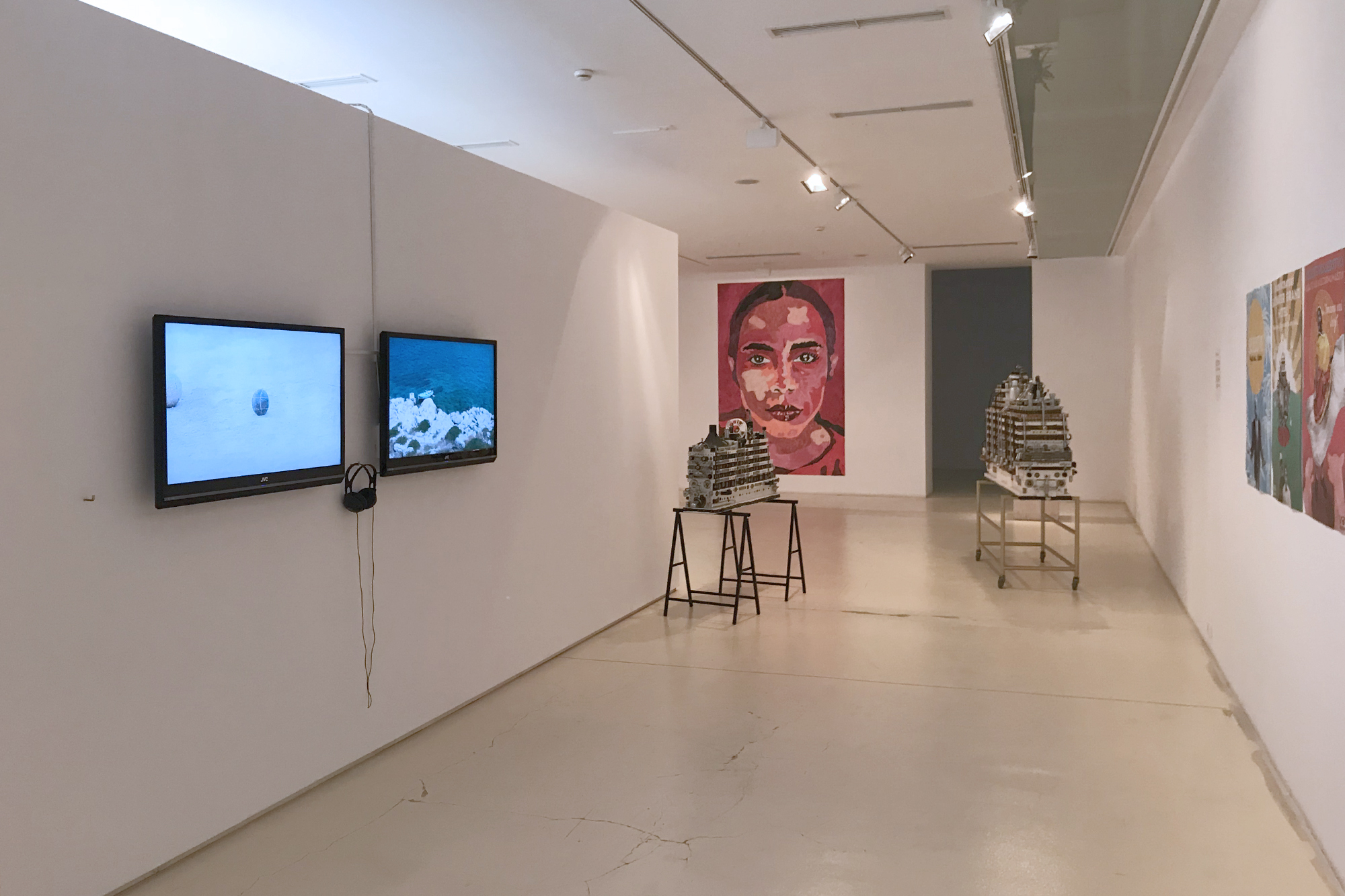 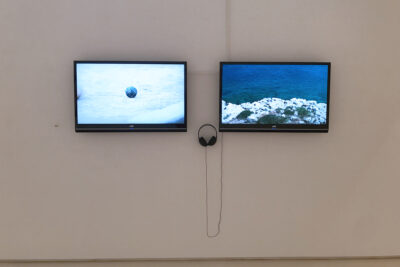 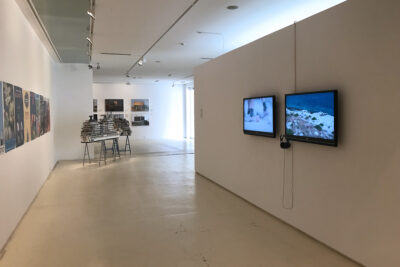 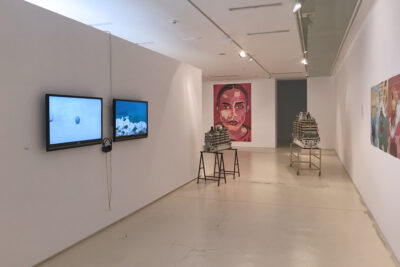 Since the Museum of Fine Arts opened to the public in the present museum building in 2009, its exhibition program was enriched with the curatorial method of juxtaposing oeuvres of two artists. Although, most frequently, these were generationally and poetically related artists, this method served us well to emphasize, by contrast and/or comparison, the formal and semantic features of individual creativity, or even visual phenomena that characterized certain generational discourses. Considering our ambition to internationalize program activities, the idea of exhibition collaboration between local and international artists became the logical step forward. In that sense, the proposal of our colleague and curator Sasha Dees to organize a group exhibition of Caribbean and Dalmatian artists, set completely new goals and provided us with an extension of the original concept of juxtaposing individuals with a concept of contrasting culturally distinct regions. Because of the contemporary artists’ sensitivity towards the social and natural contexts within which they work and live, we expect that these types of exhibitions will enable the audience to compare not only conceptual and production aspects of represented regions, but create new or build upon their already existing opinions about regions the artists hail from, but compare it also to the milieu they personally come from. Since the rapid development of Split as an internationally relevant tourist destination is responsible for our changing audience that is growing ever more international, we have a considered need to reciprocate with the exhibition program that should go beyond the creative paradigm of the local art scene, but at the same time, trying not to neglect it. Moreover, this kind of juxtaposition may well serve its positioning within the current global creative discourse. I would like to thank Sasha Dees whose knowledge of the contemporary art scene of the Caribbean facilitated the meeting between artists and artworks separated by thousands of kilometres, and yet physically and thematically connected by the immense theme of the sea. A good beginning to an ambitious programmatic series.

In the last half of the 20th Century, we see the decline of European Colonialism, the fall of Communism in the Soviet Union and China and a disintegrating Socialism. On all continents, countries regain their independence. In the Caribbean region, this starts in the sixties and is ongoing. The Eastern European region follows in the nineties and is ongoing. The re-established countries and its citizens go through great pains; coups, war’s, dictatorships, to develop their own governance, policies and authentic identities in lieu of history fitting the current times and society. Entering the 21st Century, Croatia and the Caribbean region are steadily growing into Capitalist Societies still taking its cues from the United States and Europe. In the pursuit of a market economy, state-owned companies and available resources are quickly being privatized, sold, resold and commercialized. …

Similar to the works of their Caribbean colleagues, the artworks by artists of my selection reflect the bitter-sweet reality that surrounds them. However, the cultivated eye will notice that even when they are at their most critical, their work betrays awareness of and affection for the beauty of the habitat designated to them by birth. It is truly not easy to resist the benefits that living in the Mediterranean provides, even today when it is again divided like in the Middle Ages, when its economically impoverished and politically unstable European region, and when years of migration crisis made it a tomb for thousands of migrants from the less fortunate regions of the Middle East and Sub-Saharan Africa. …

Branko Franceschi (from the introductory essay)