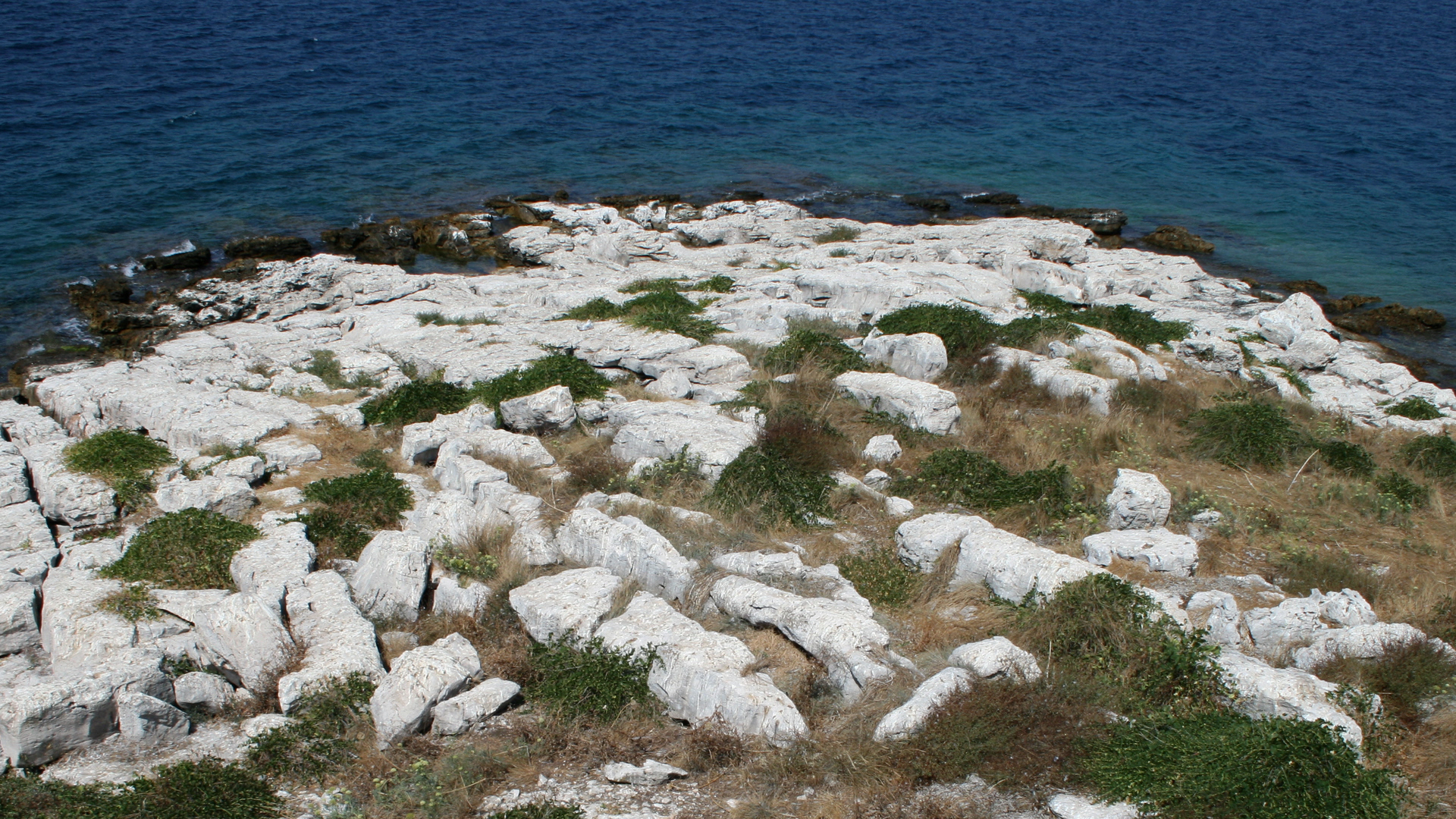 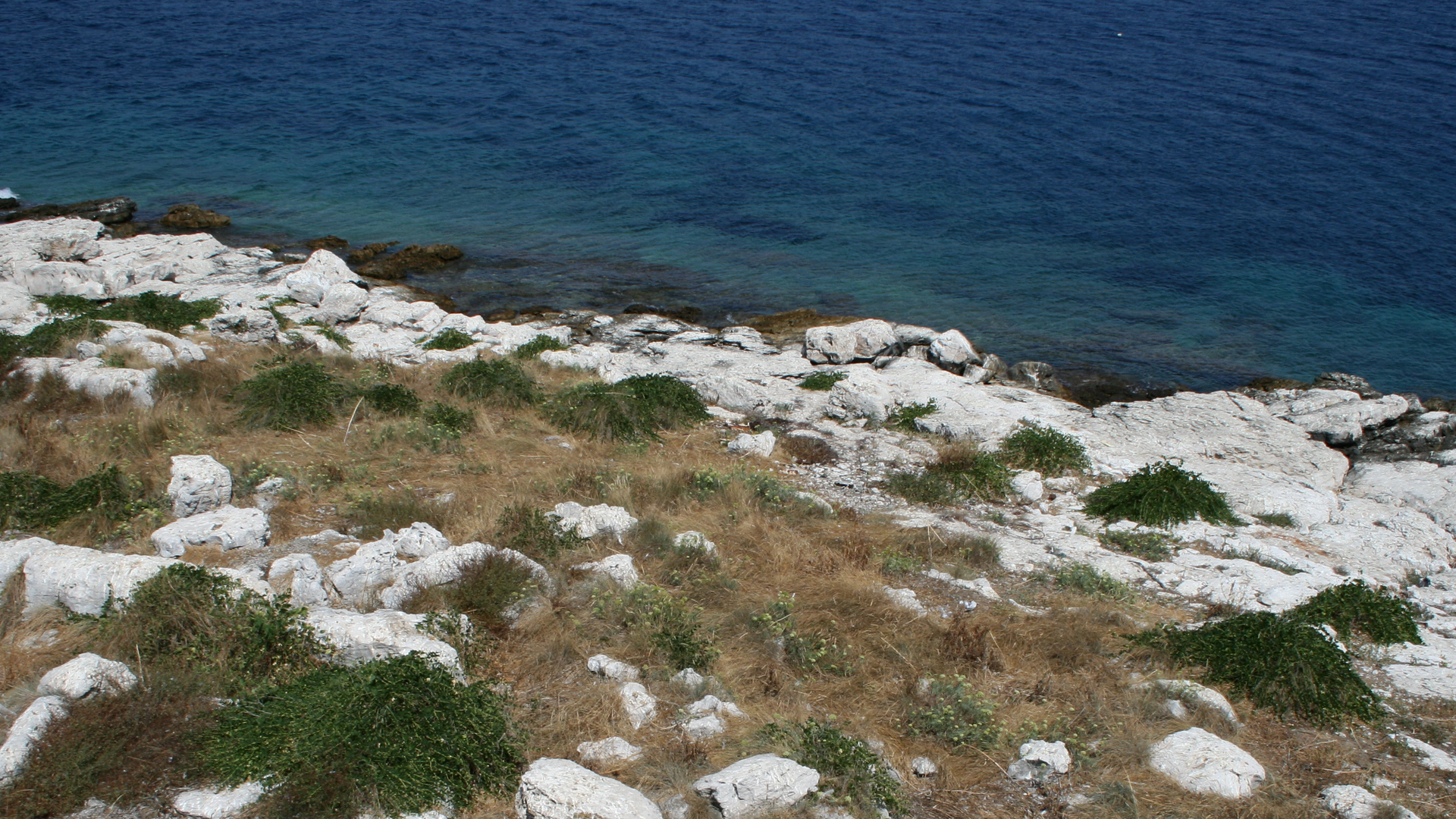 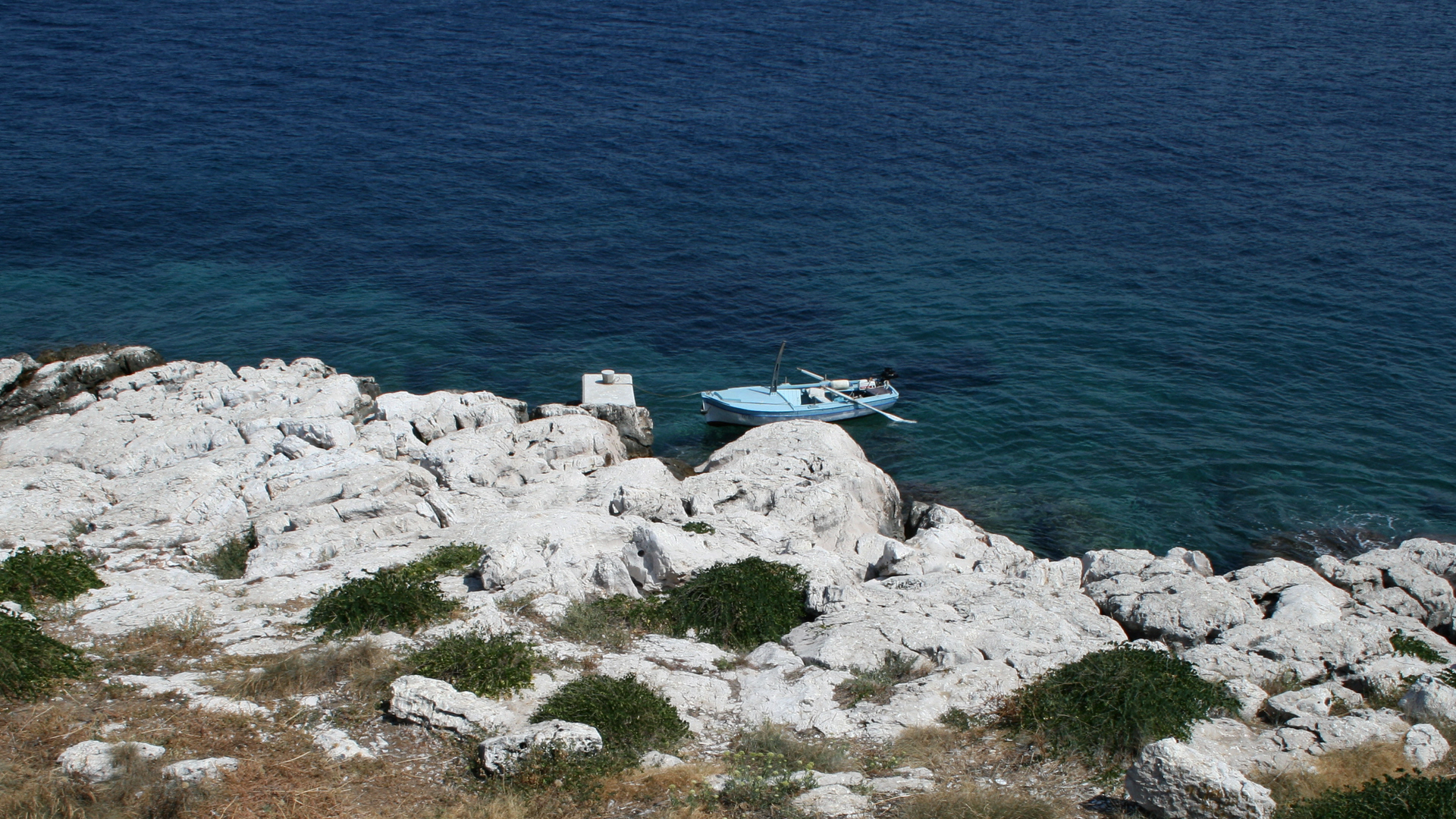 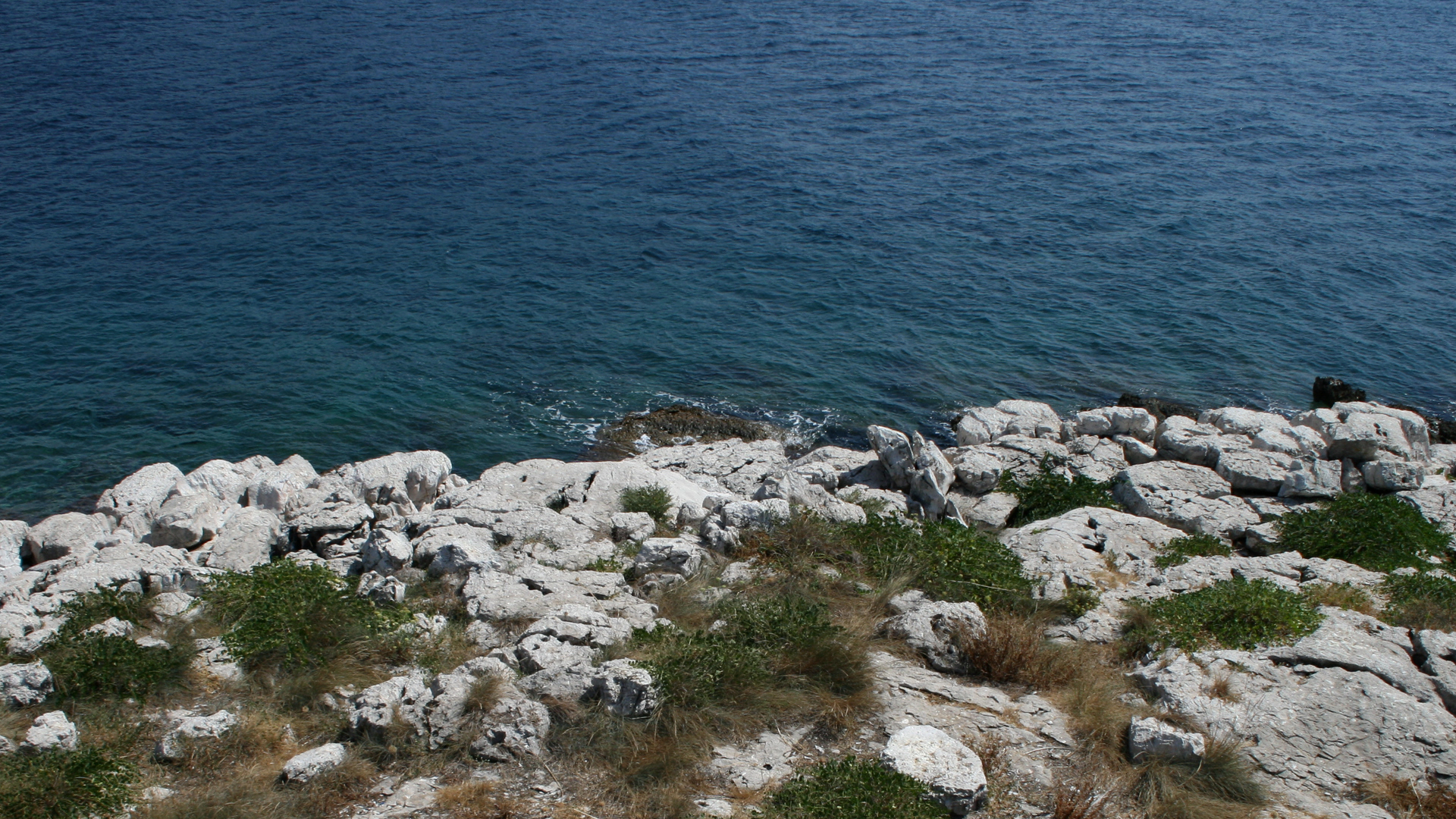 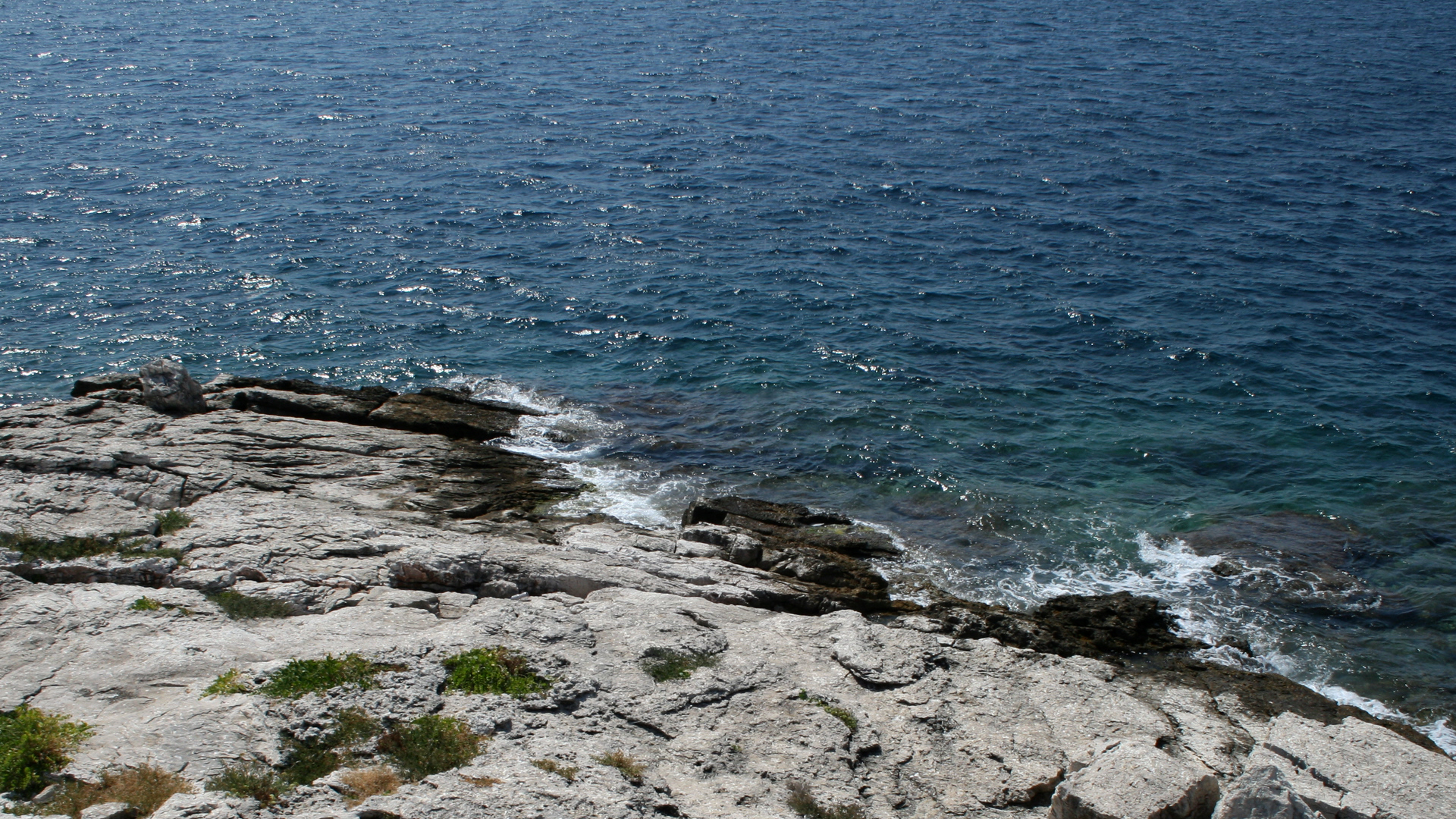 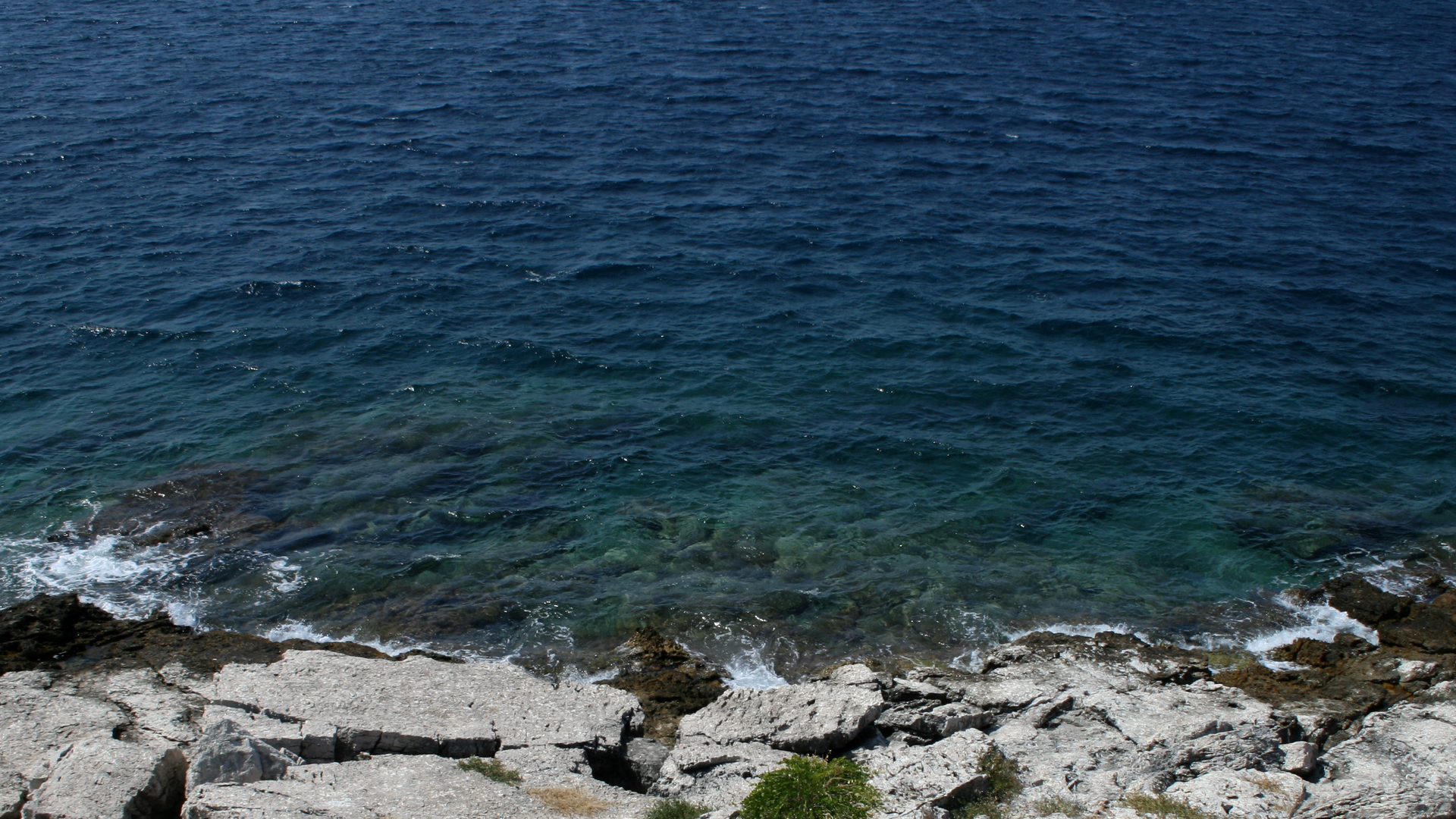 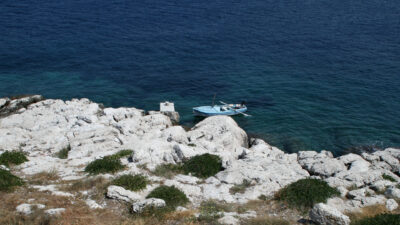 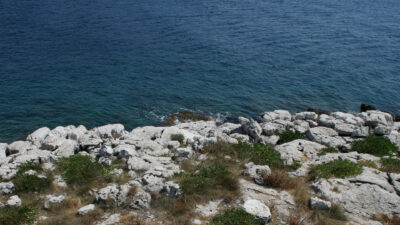 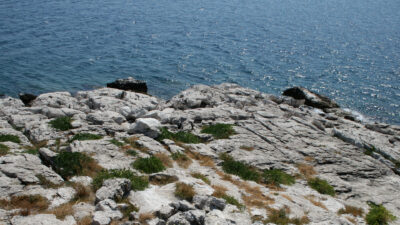 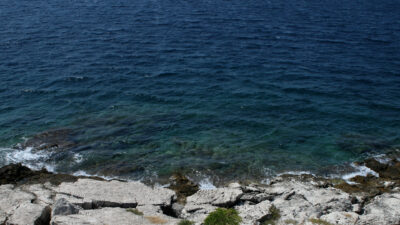 The Croatian word for island ‘otok’ is broken into two parts: ‘O-tok’. ‘Tok’ means flow, hence the ‘O-tok’ formula means – the circular flow.
This video piece is based on previous work “O-tok (Macaknara)” from 2005, except “O-tok (Malta)” shows a reversed perspective on the circling island. It is composed from 141 photographs that represent different views of the little Dalmatian island of Malta. The photographs are animated to complete the circular shape of the island and create an endless loop. While in “O-tok (Macaknara)” the image of the island is in the forefront and immediately visible, in “O-tok (Malta)” the circular shape of the island becomes recognised only when the loop is completed. The circle becomes constructed in the viewers’ mind.
Morph technique is used to generate images in between the photographs, which produces a flowing effect.
The acoustic aspect of the video is represented by the sound of the wind and of the sea in 5.0 Surround composition. The spatial circular movement of the sound reflects the movement of the image, both the sound of wind and the sound of the sea circumscribe the installation space, as they move through it, coming from opposite sources, opposite sides of the room.
I was fascinated by the shape of the island, which is the product of the shaping forces of wind and the sea. The shape and endless circular motion around it stress the isolation of life on an island.

Made with Morph Age