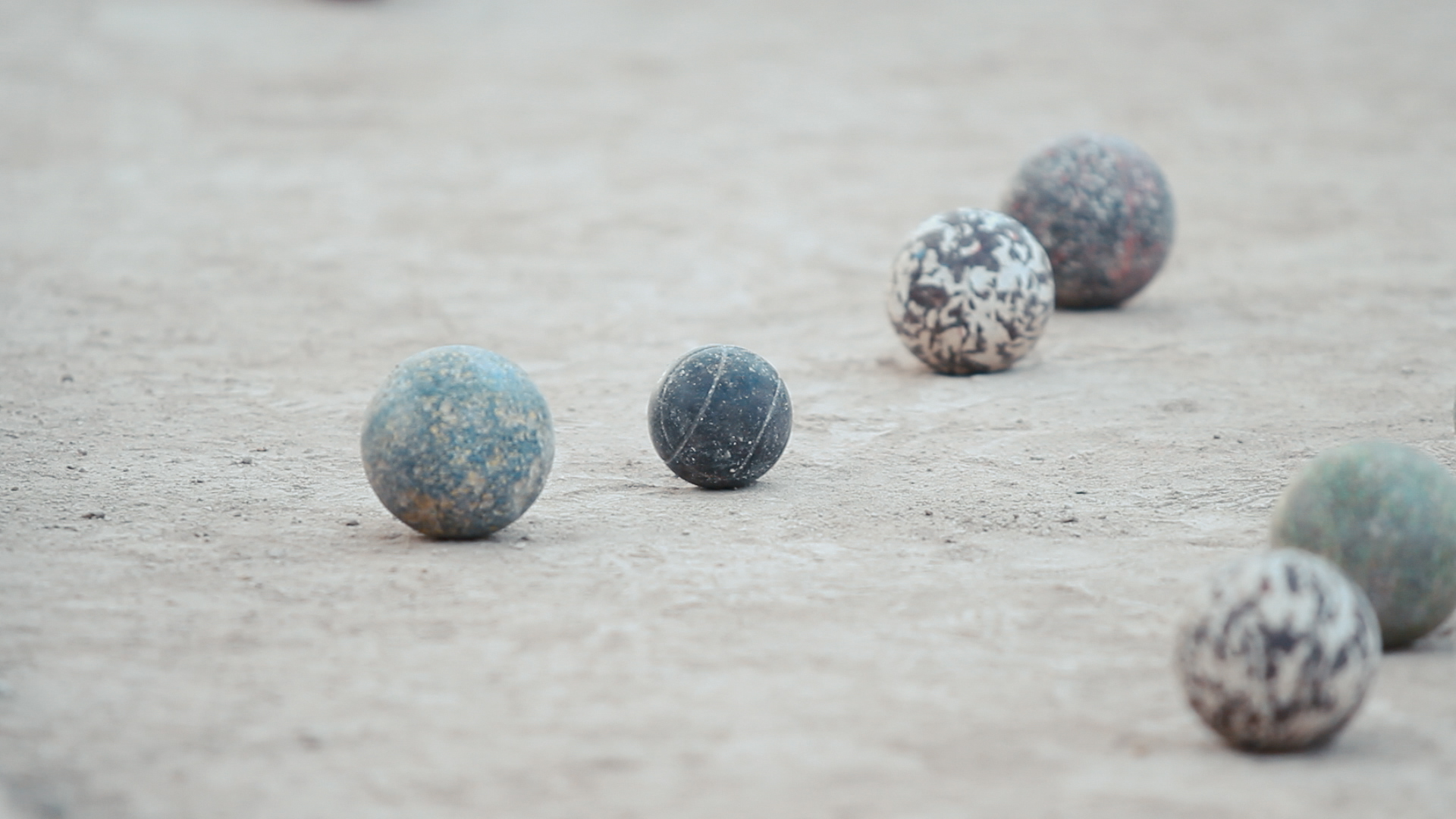 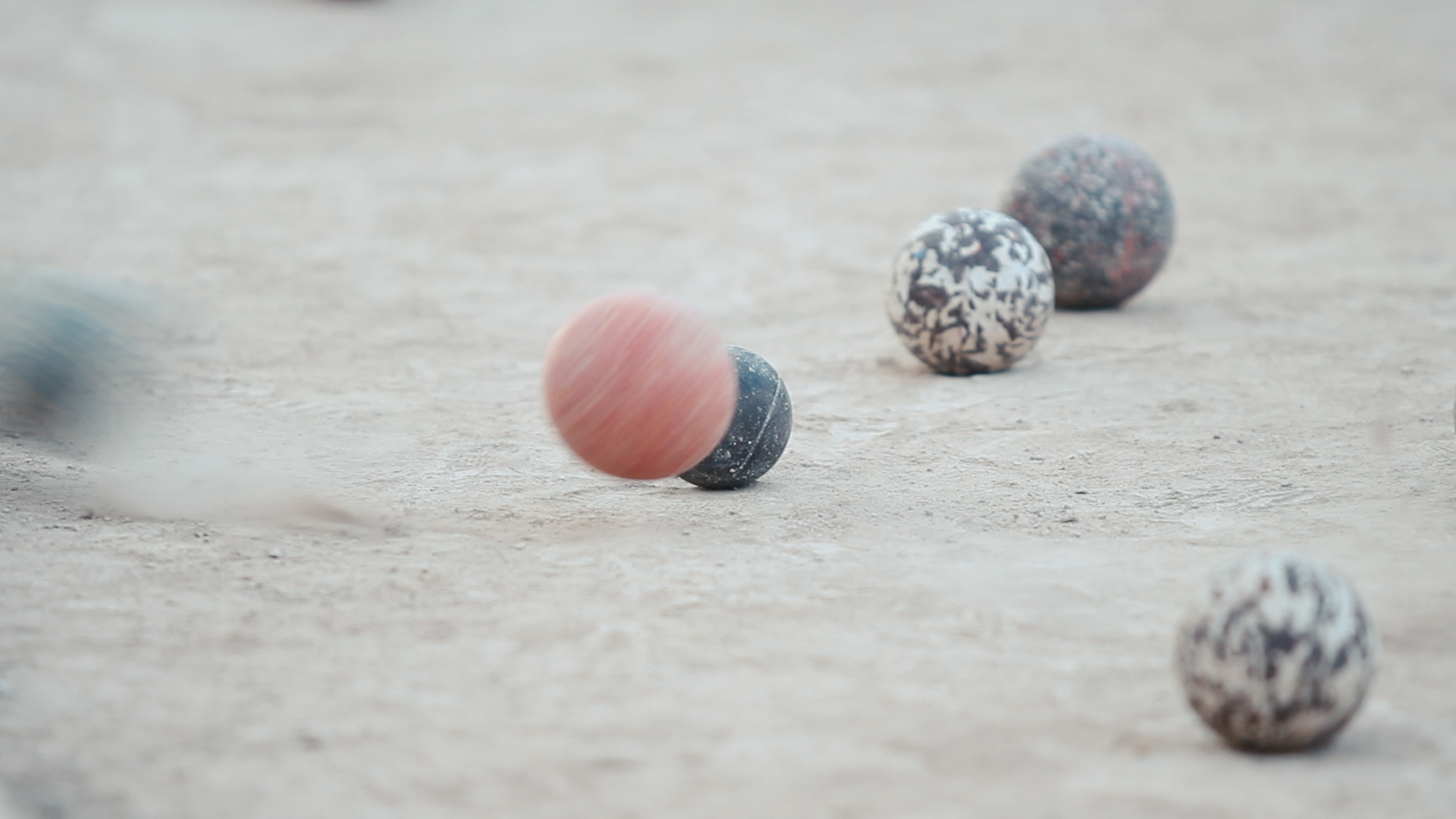 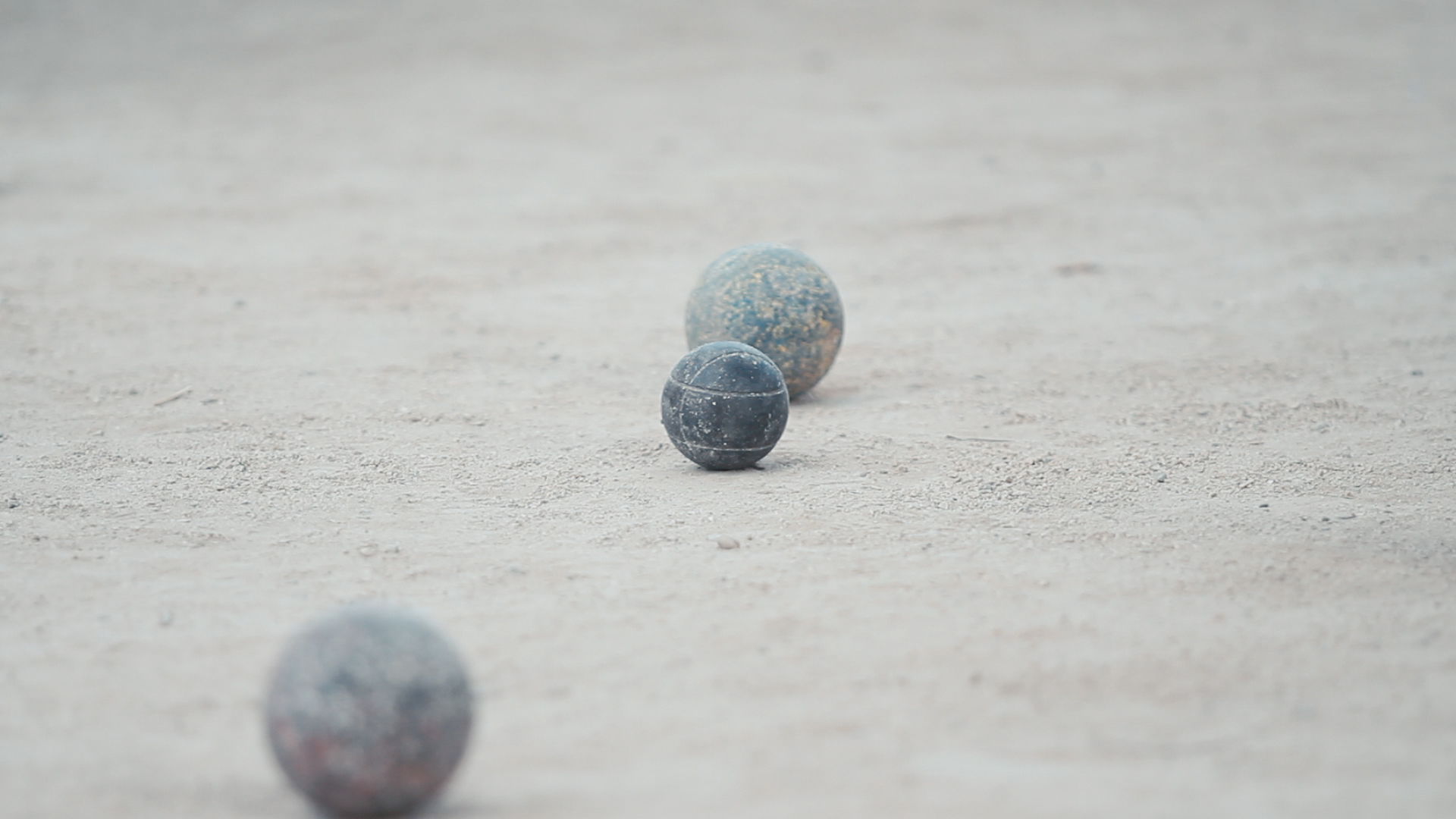 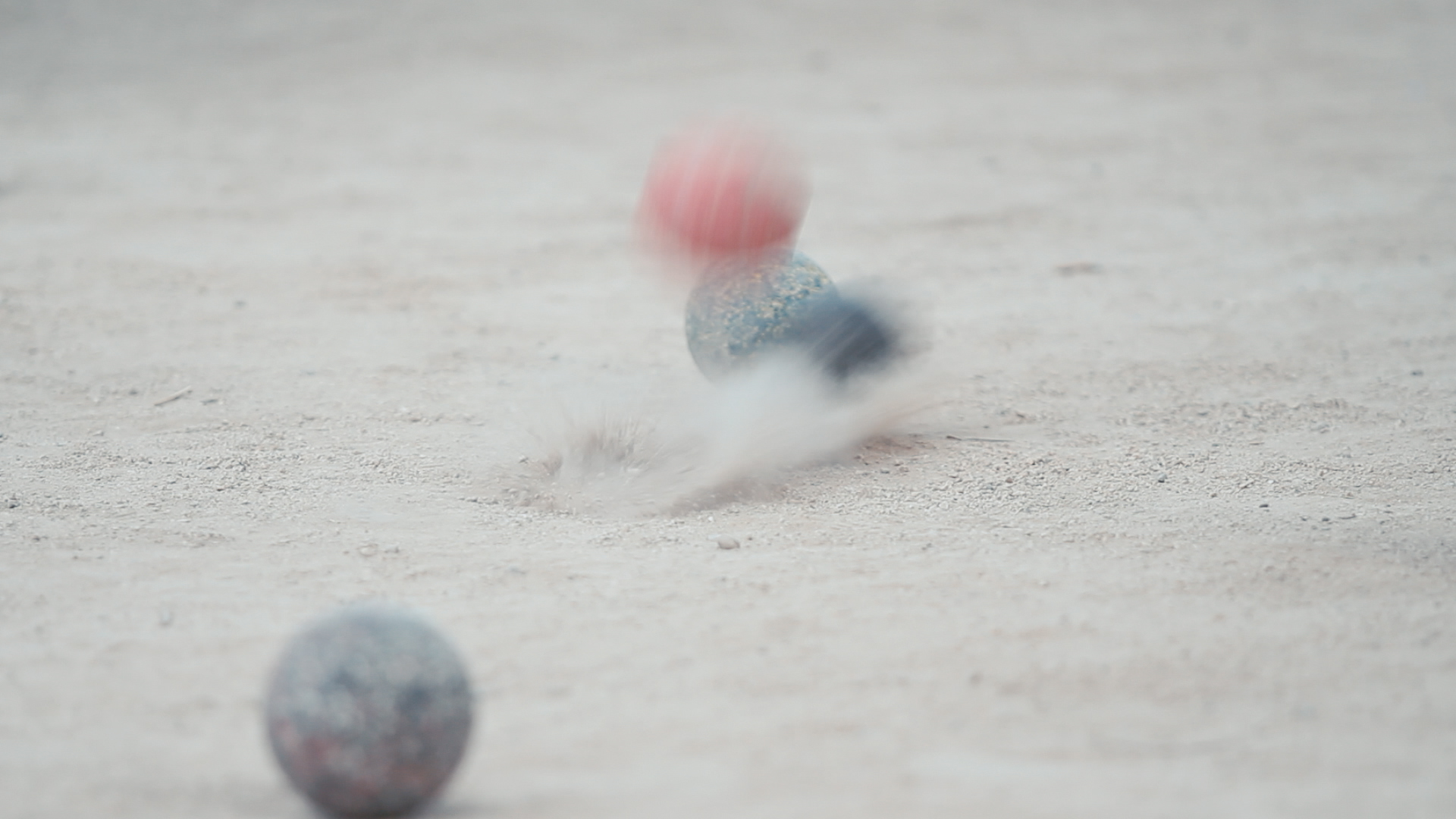 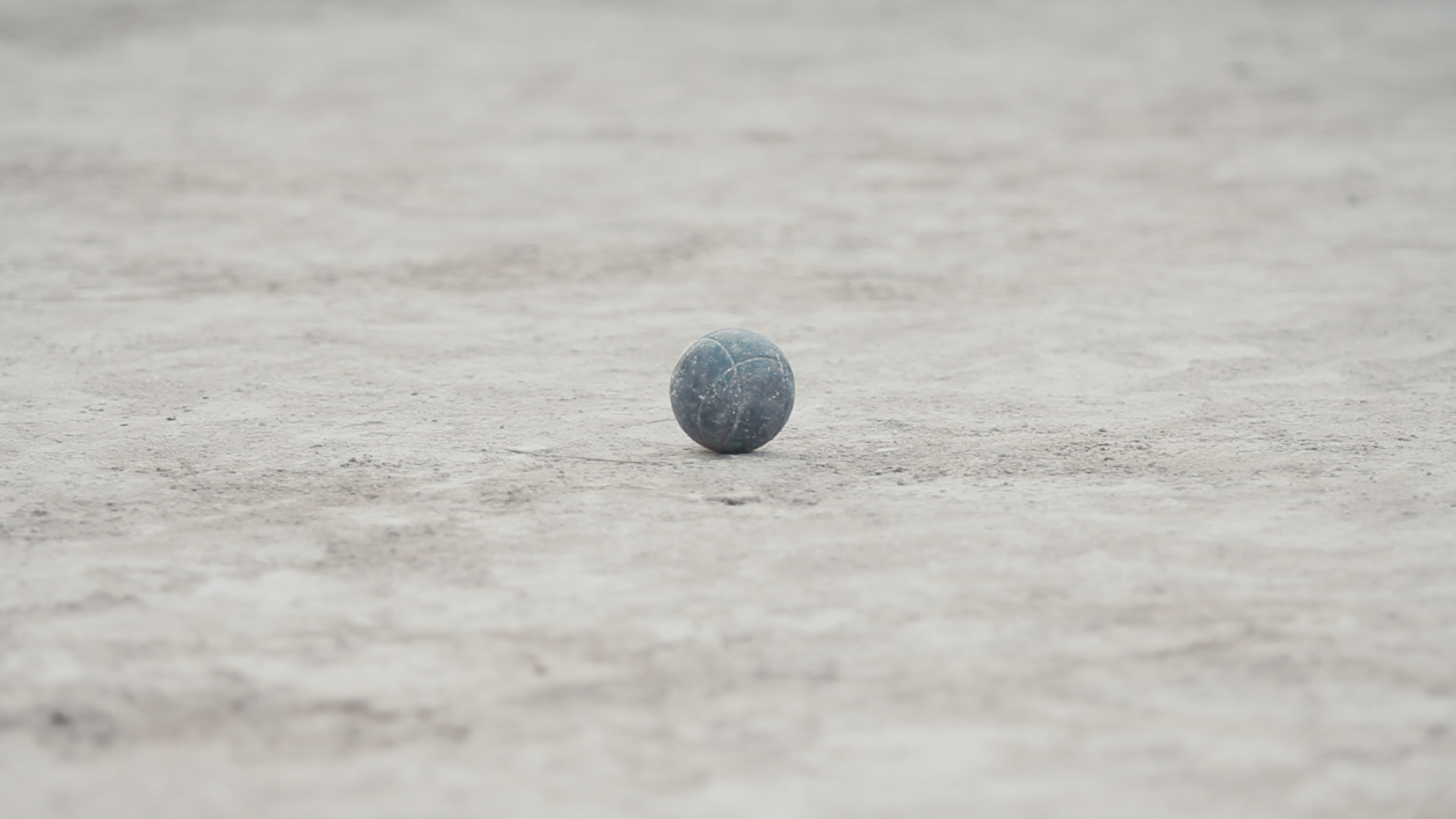 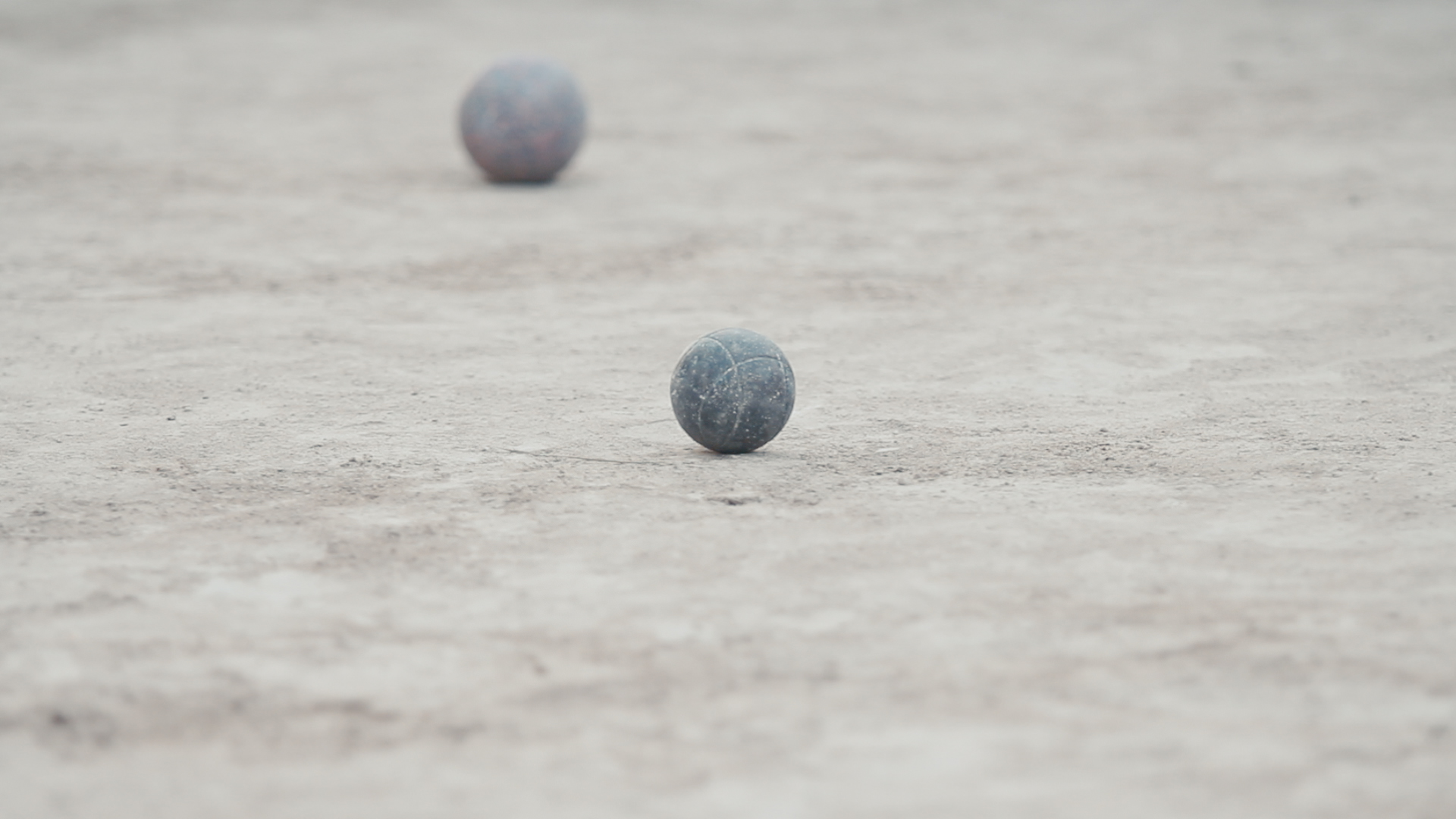 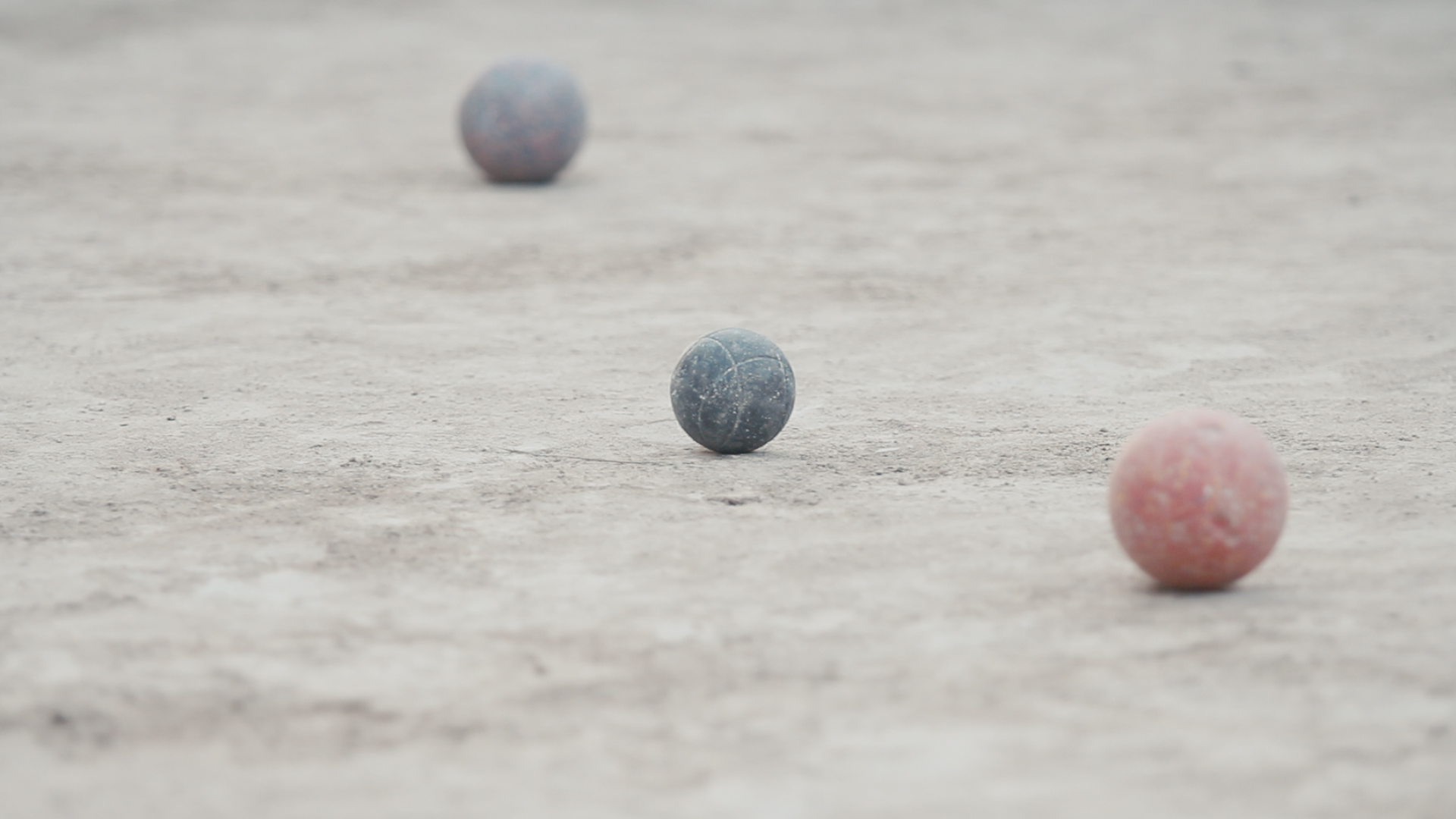 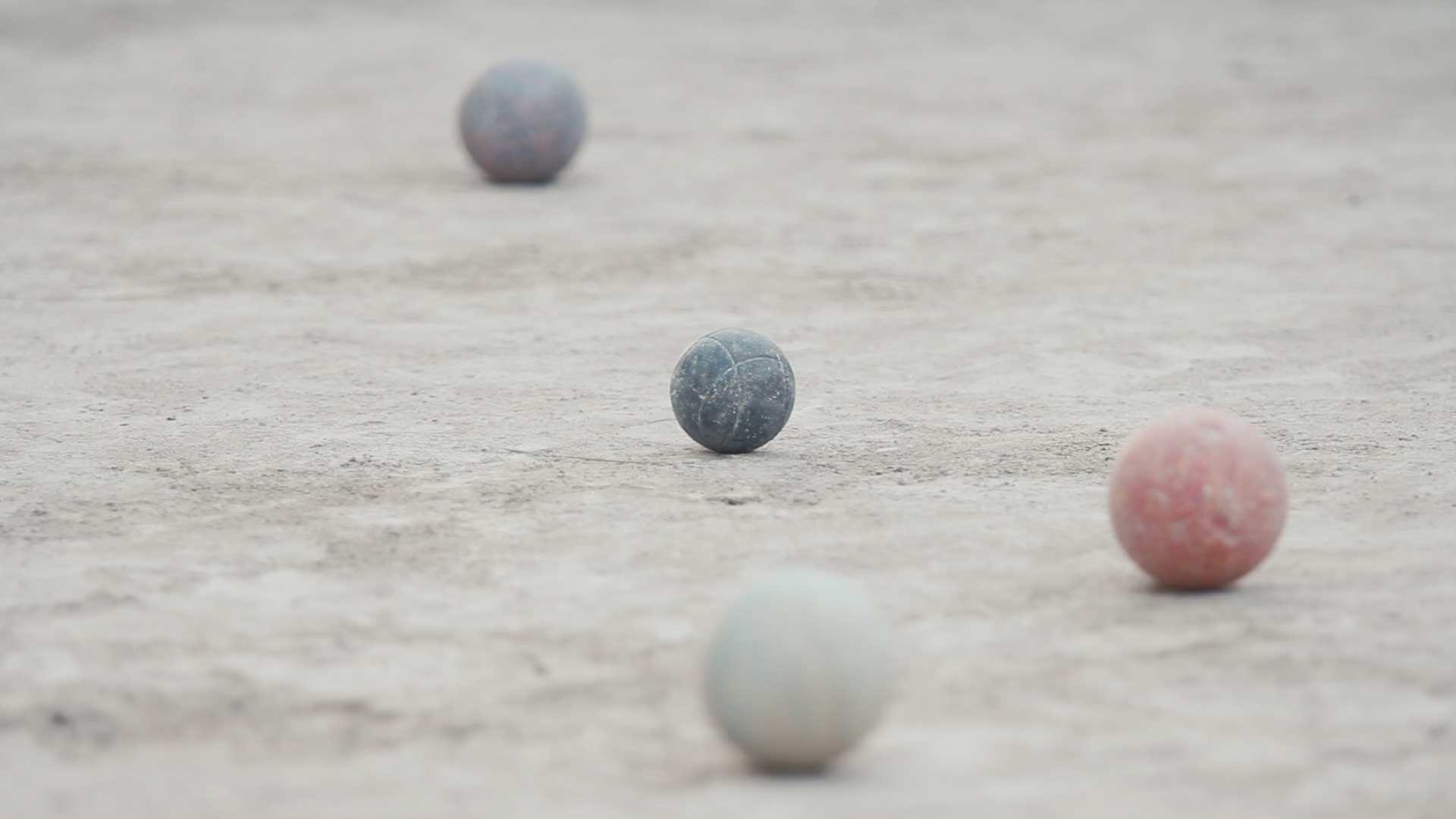 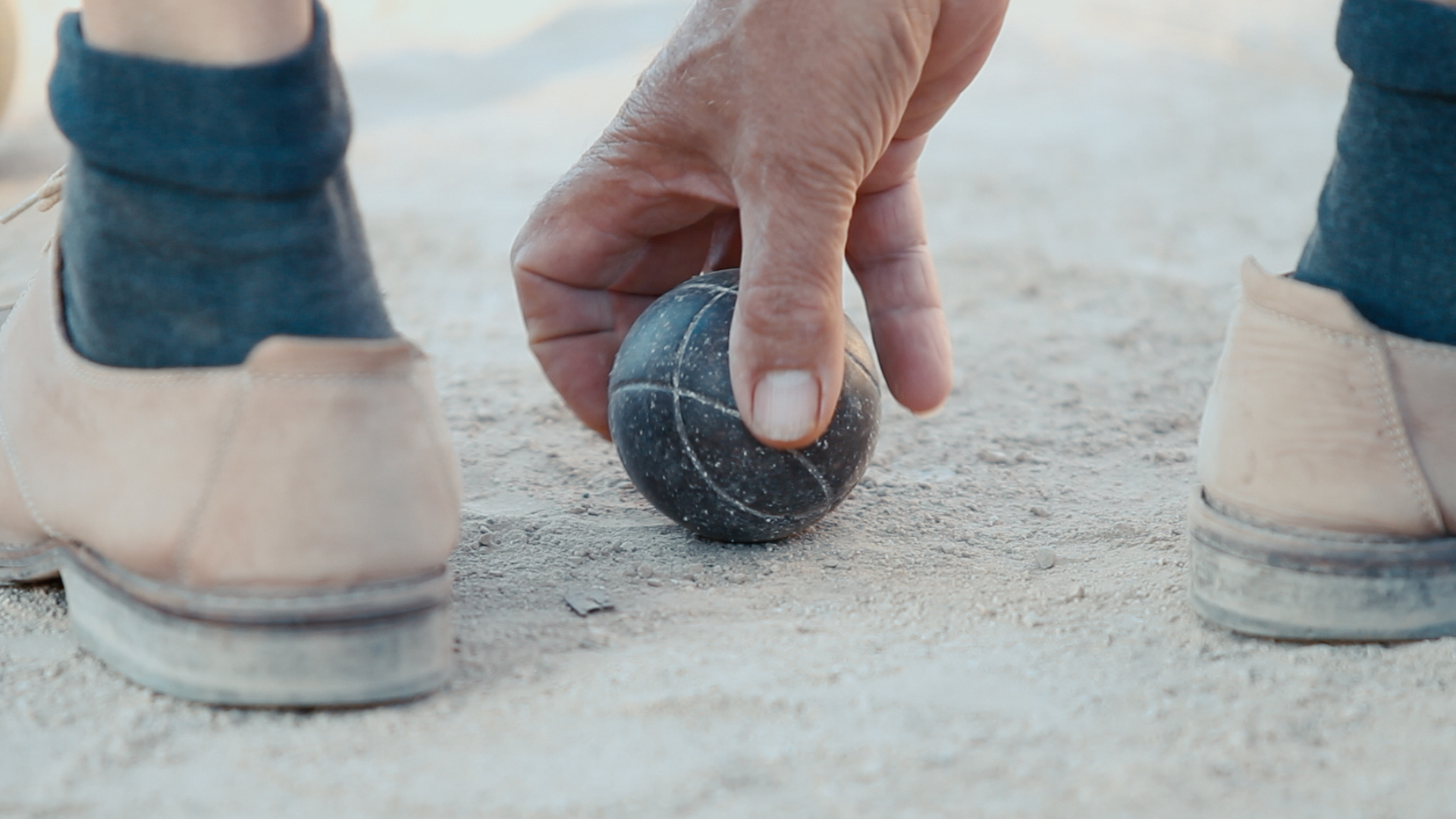 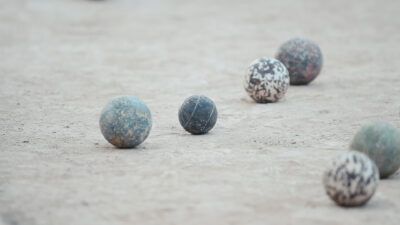 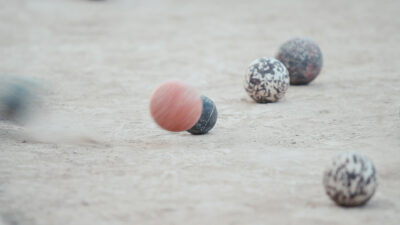 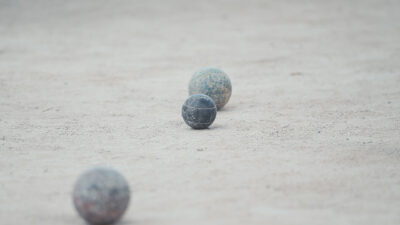 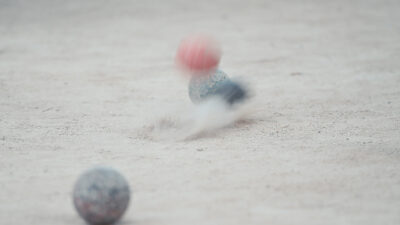 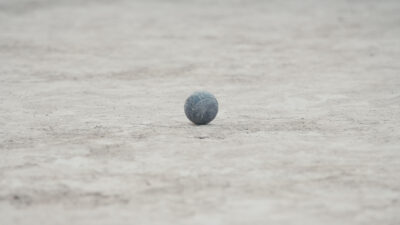 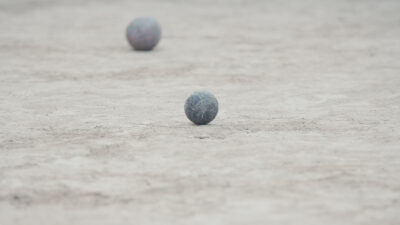 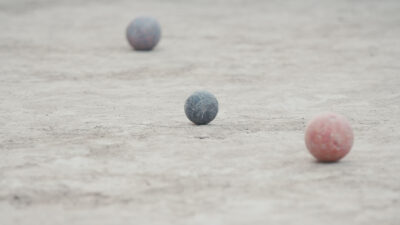 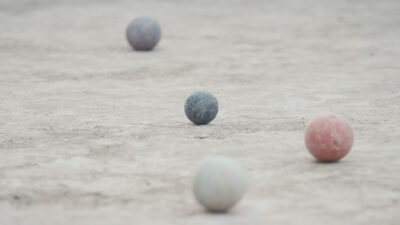 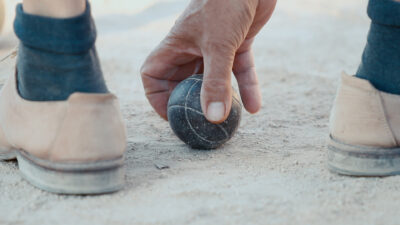 “Black Sun” is the jack (a smaller ball in the traditional game of bocce on the Adriatic coast of Croatia) around which other bocce balls are seen circulating. This typical mediterranean game played by all generations, predominantly the elderly, was recorded in a small island village and shows men of all age who participating in the game and revealing specific island narratives, identities and roles.
The play of bocce balls in the dirt field looks like constellation dynamics of planets in the solar system. Their relations and analogies (spheres flying through, knocking others out, touching or missing each other) as seen in close up seem as abstract fields of dynamic spatial and sound compositions. This video/audio installation documents and translates specific patterns of micro-identities into almost archetype scenes of planetary relations and tides.