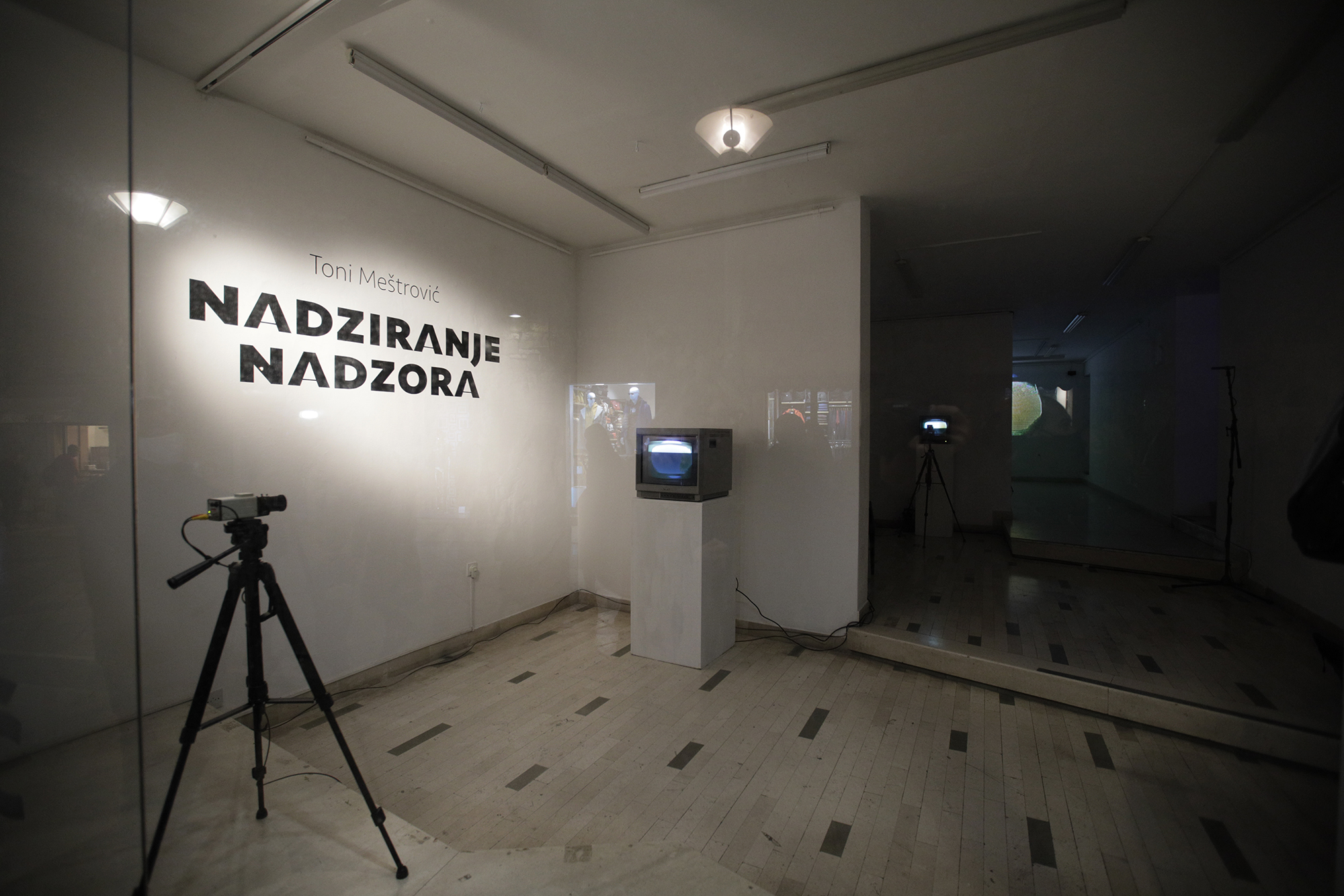 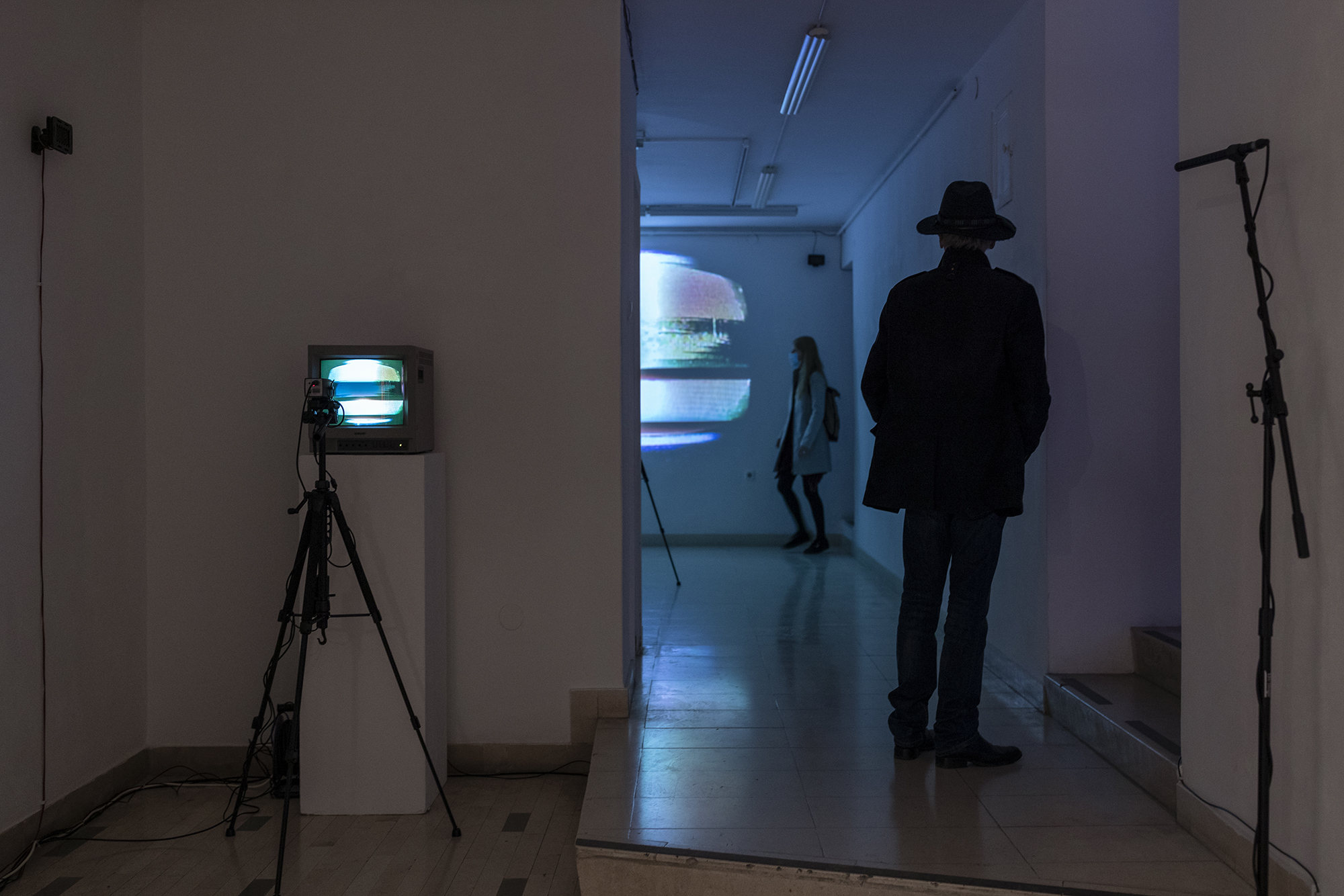 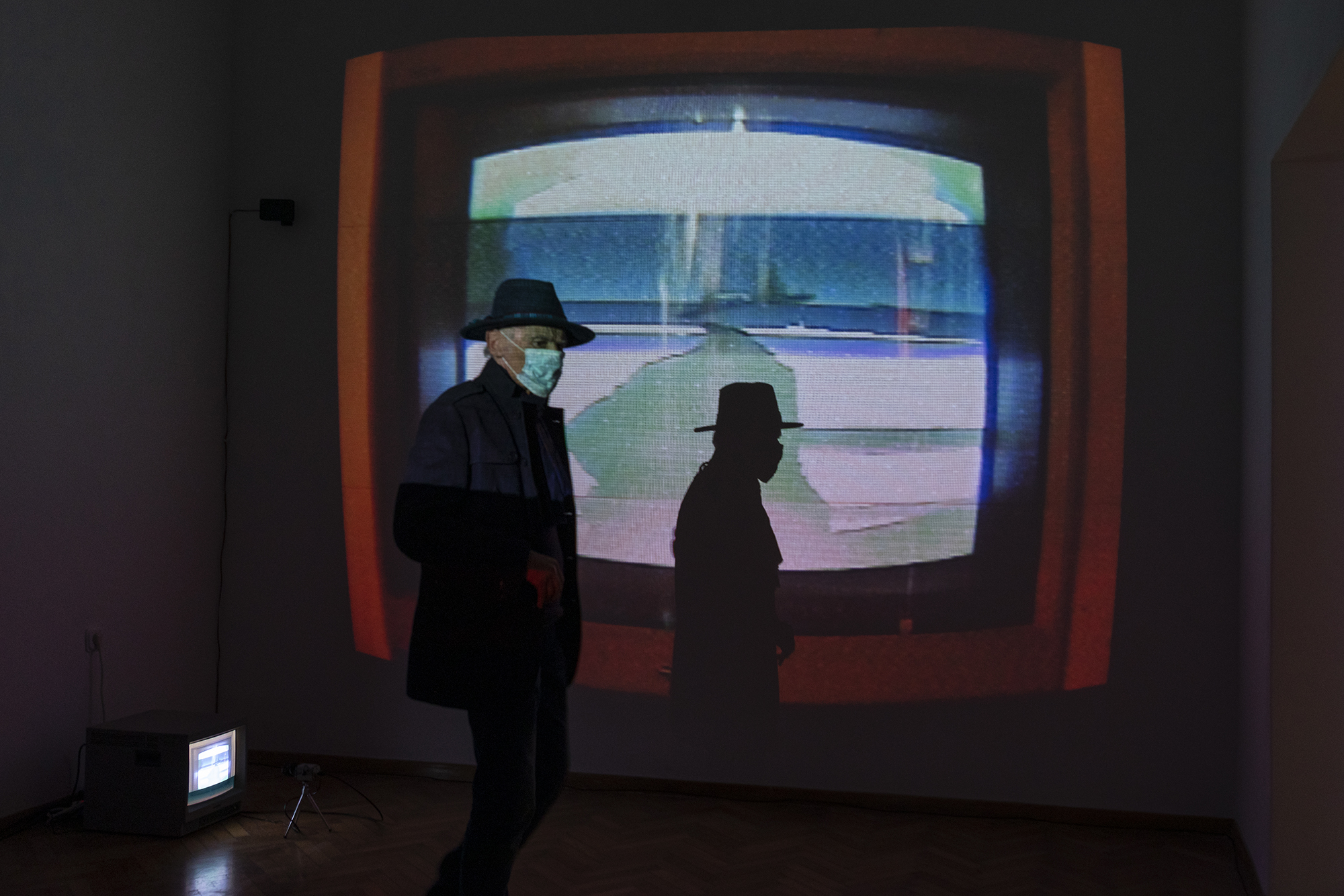 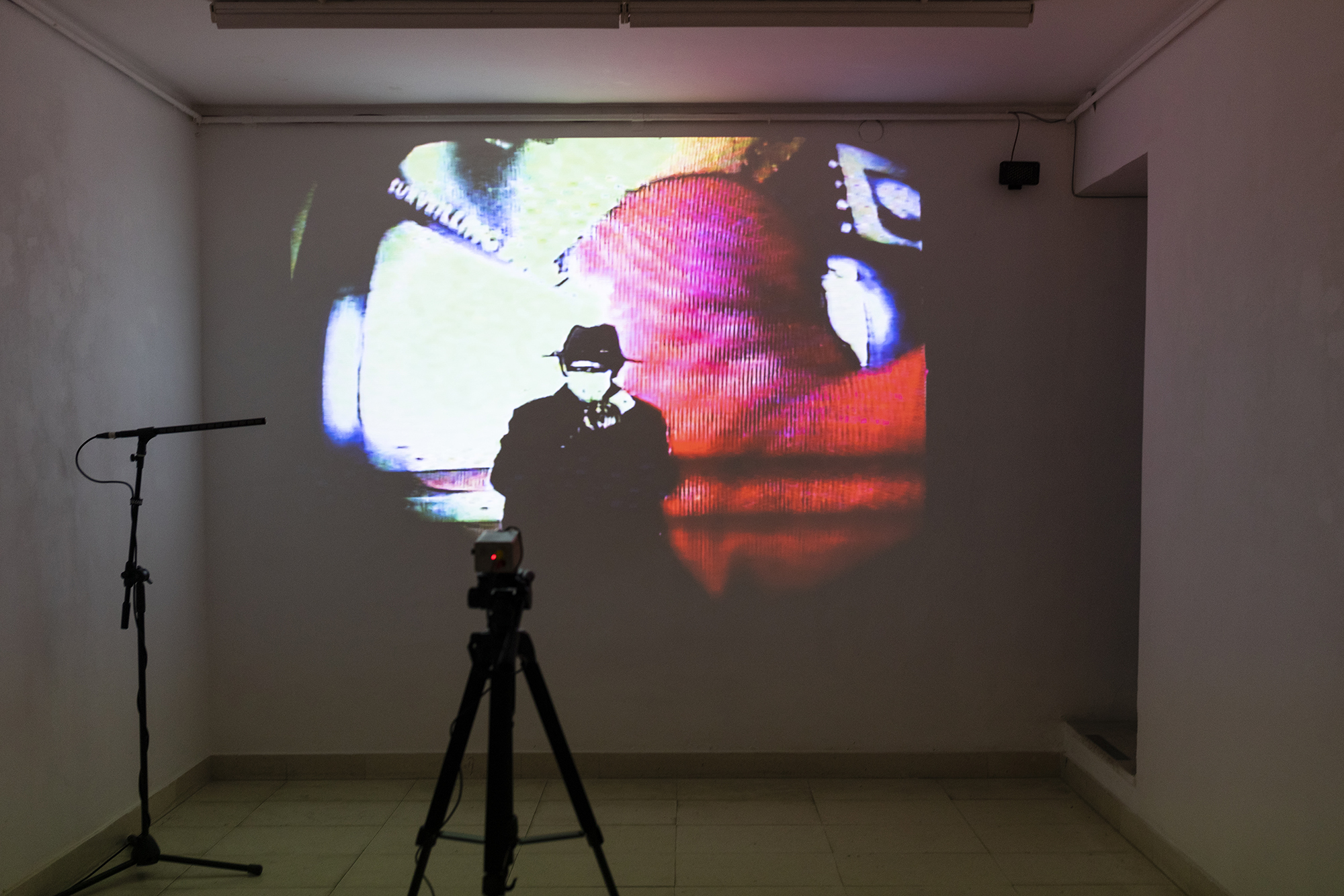 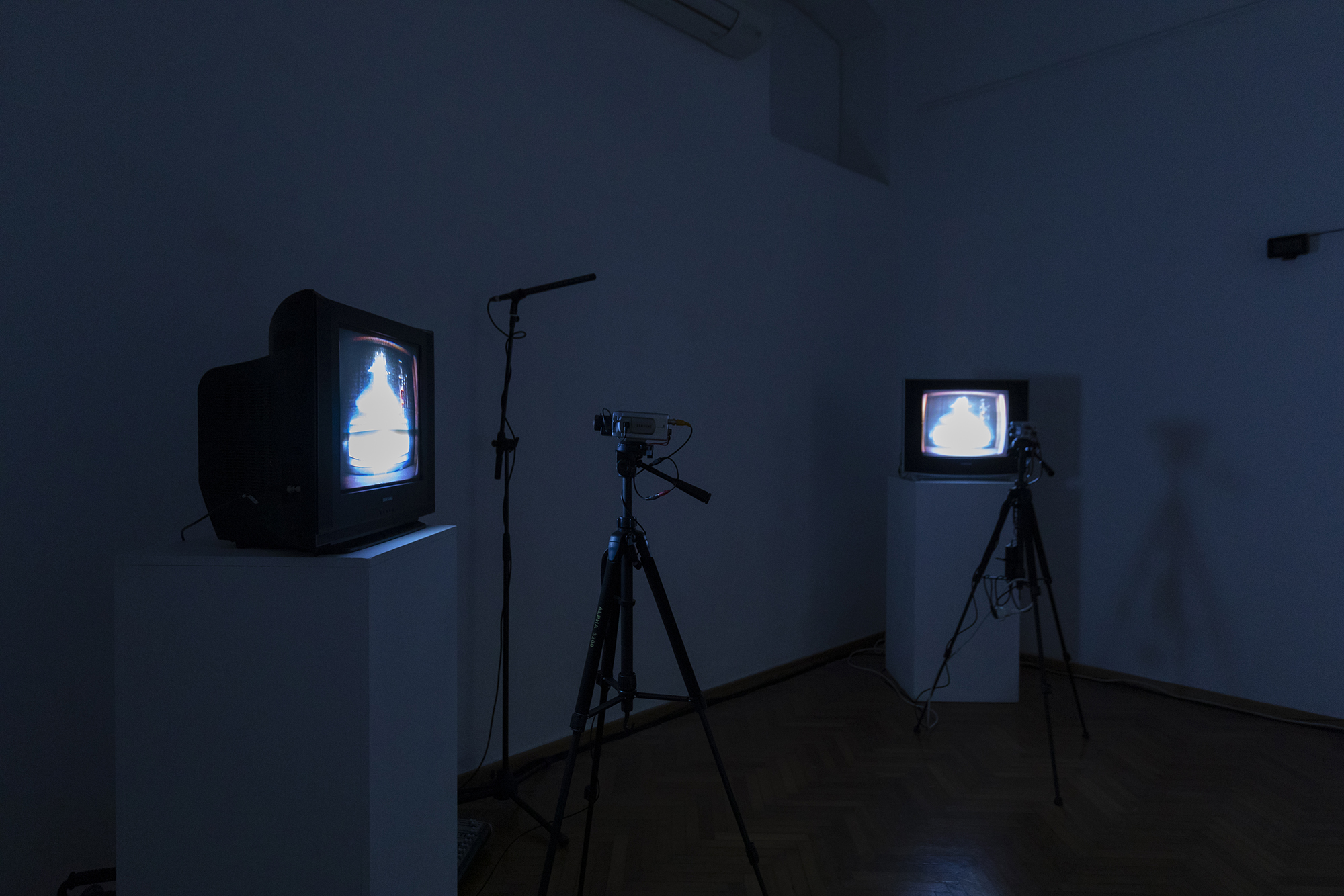 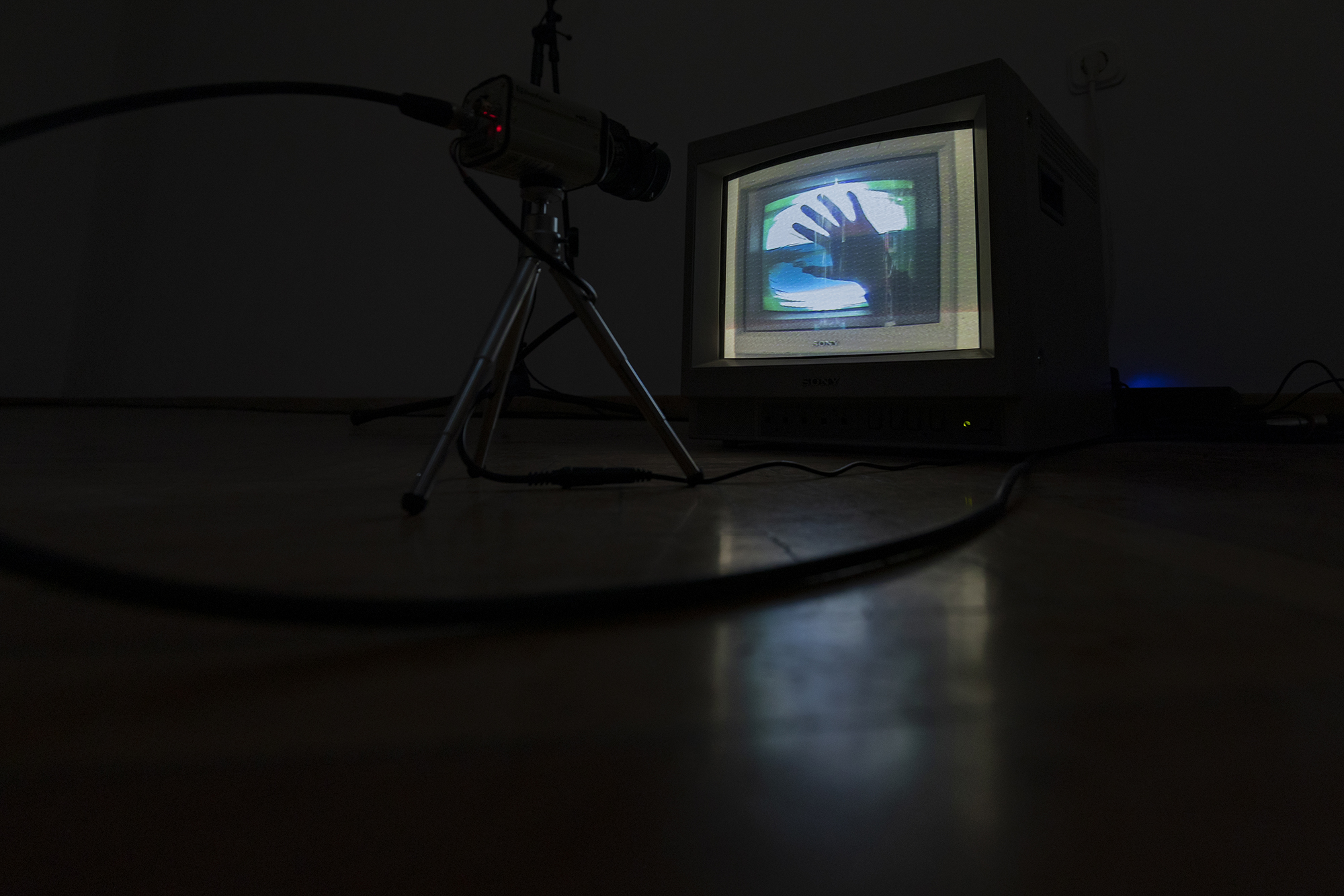 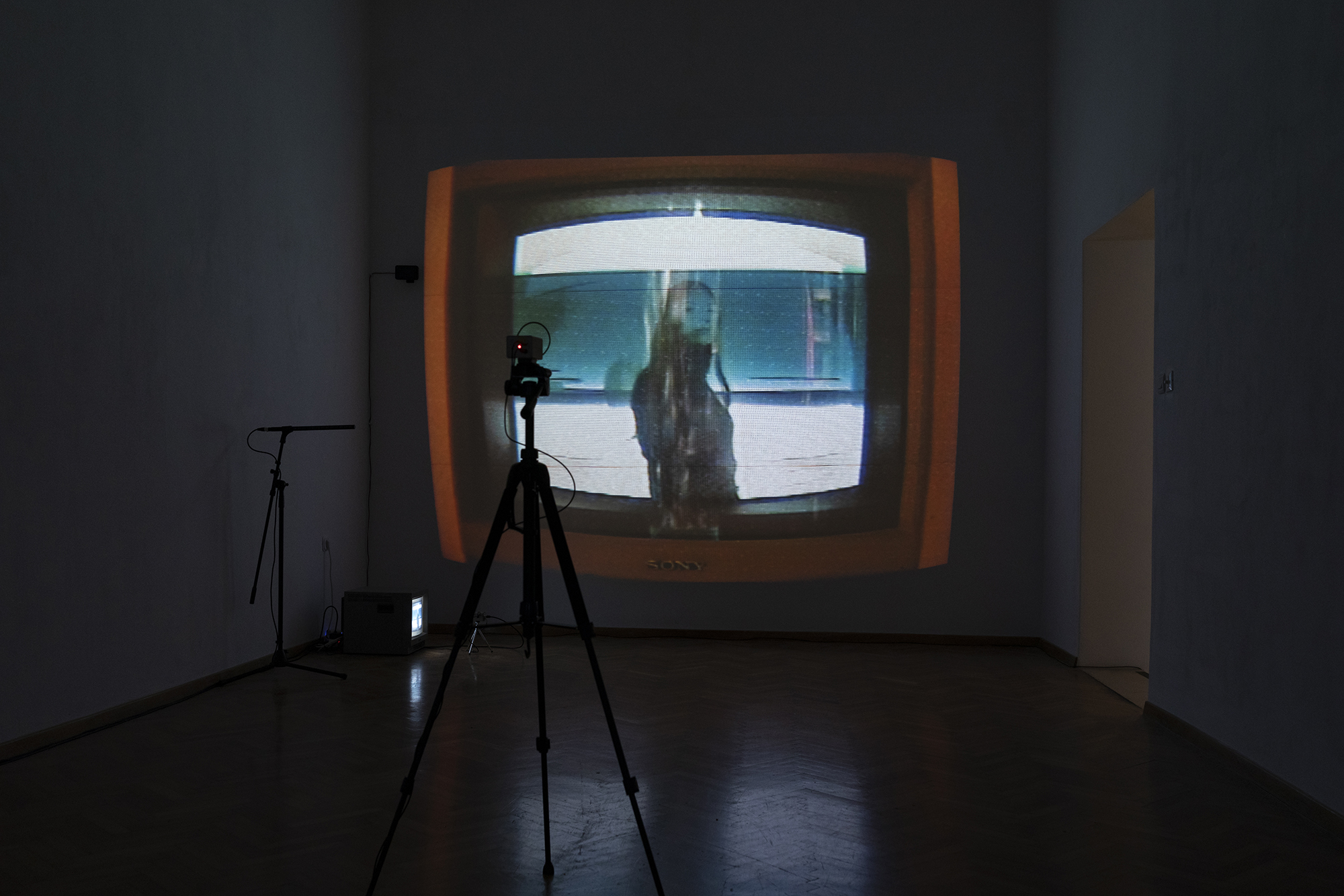 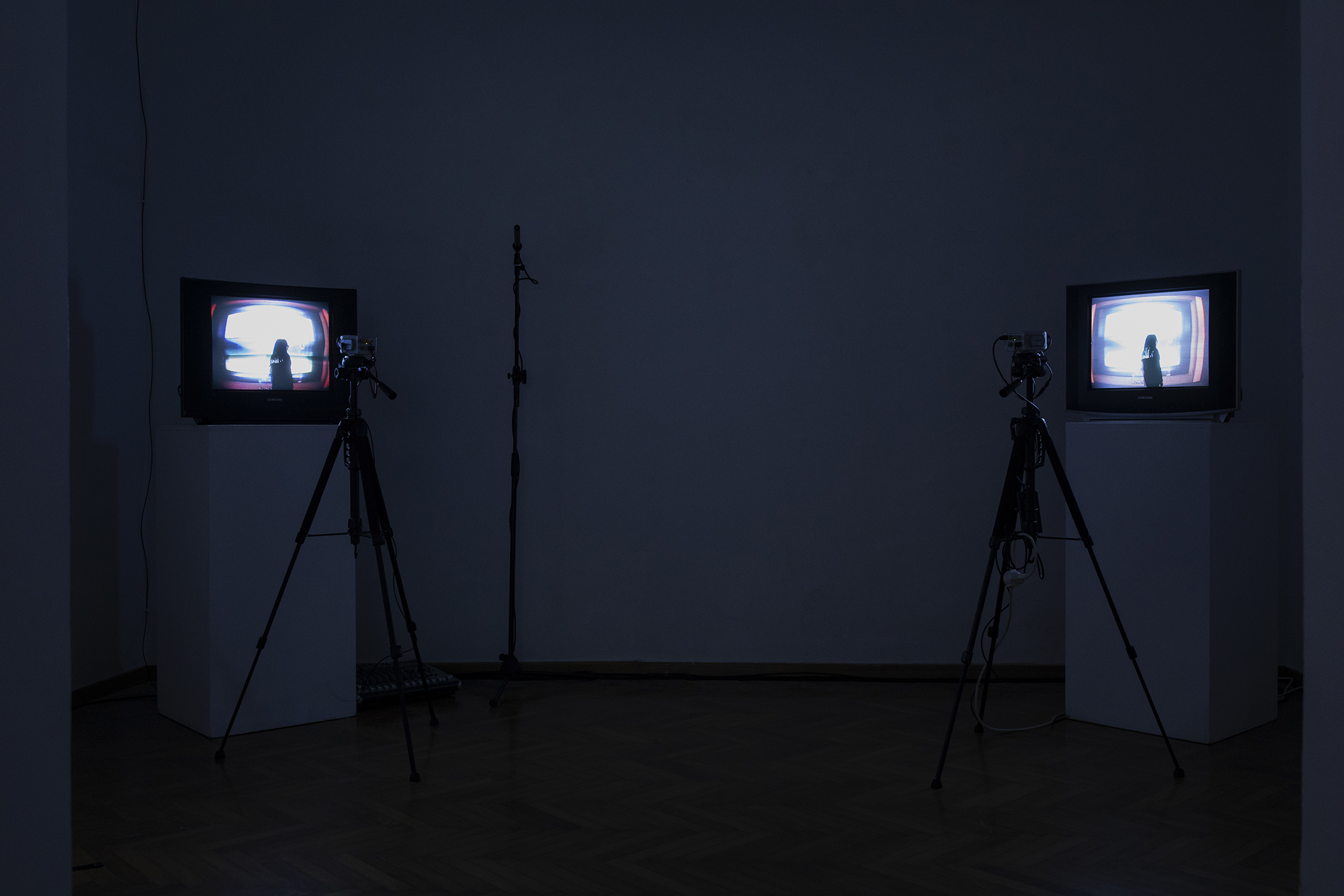 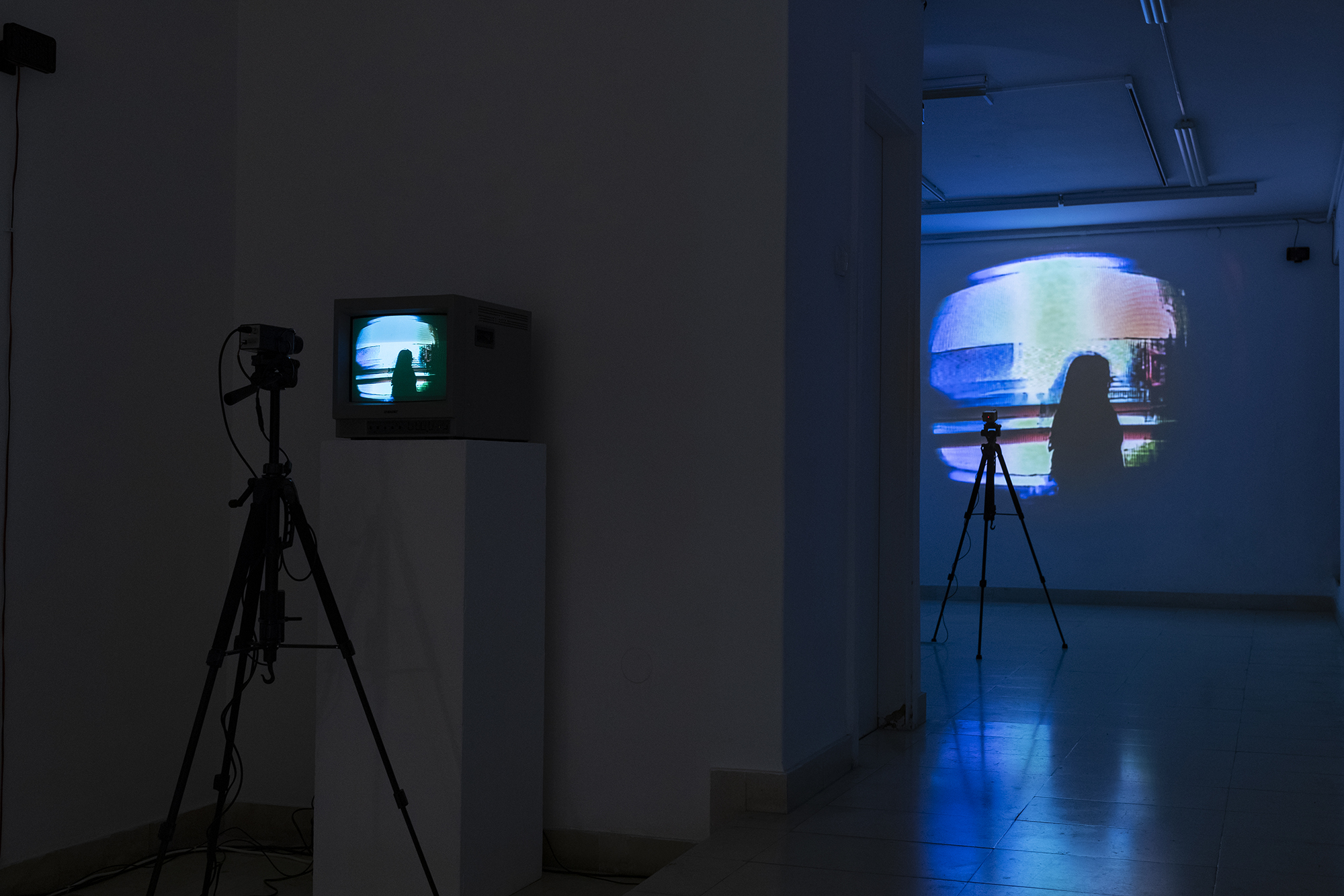 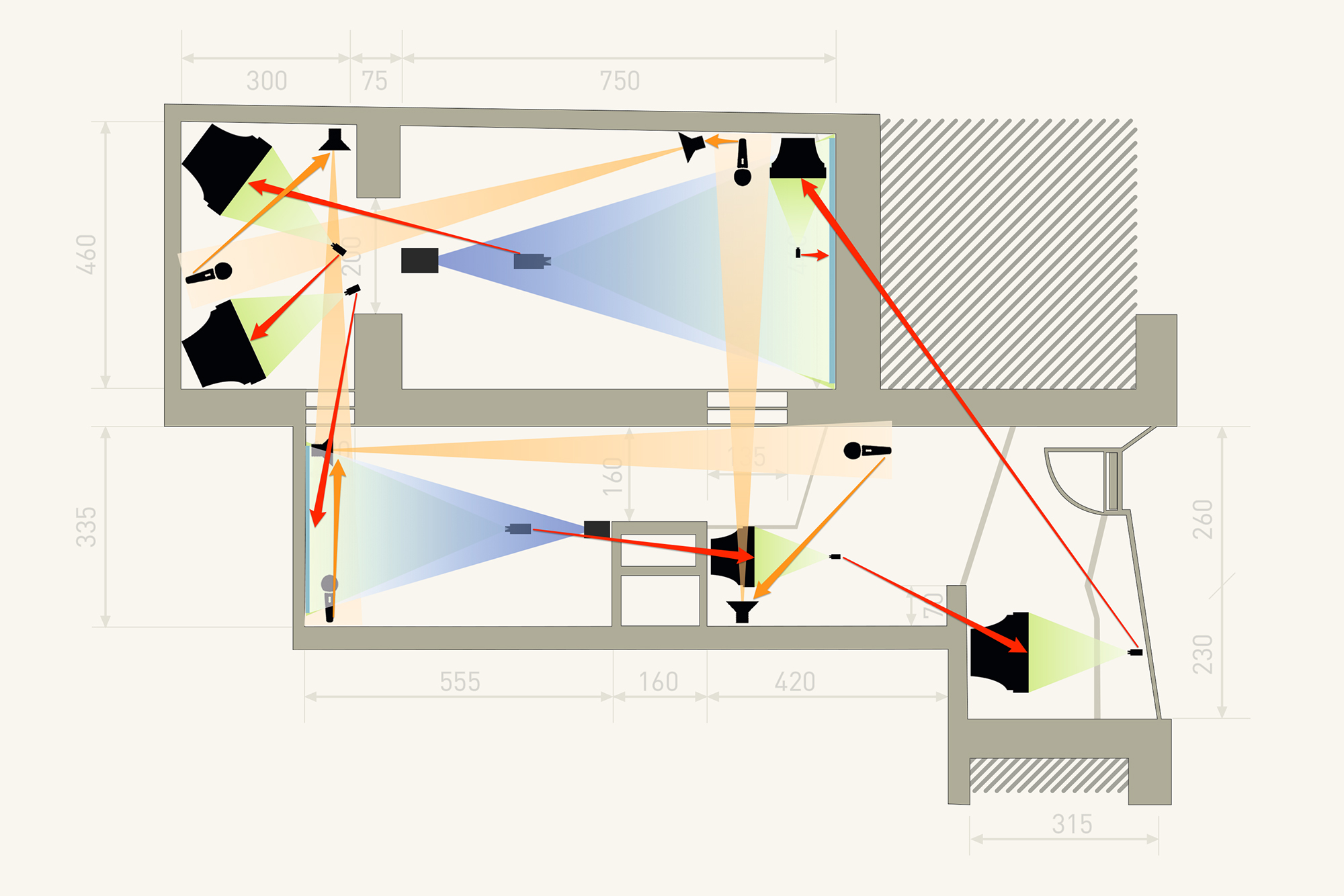 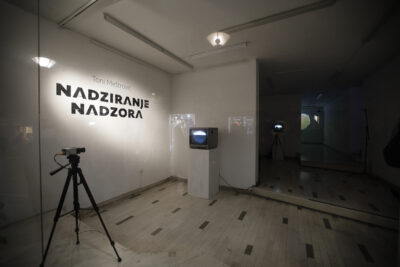 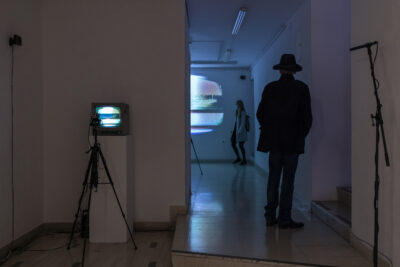 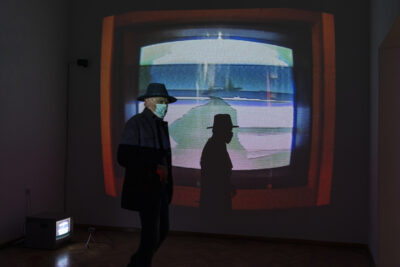 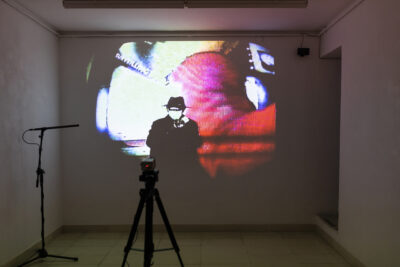 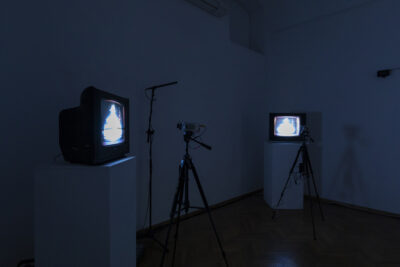 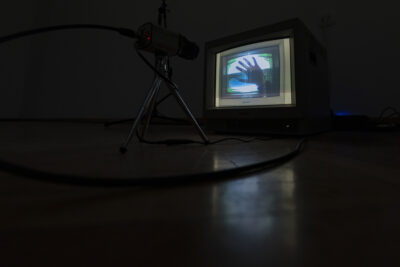 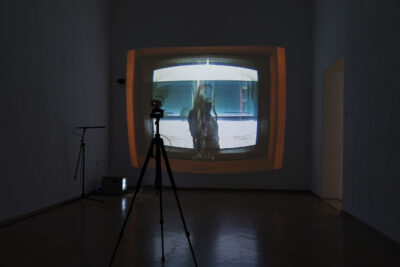 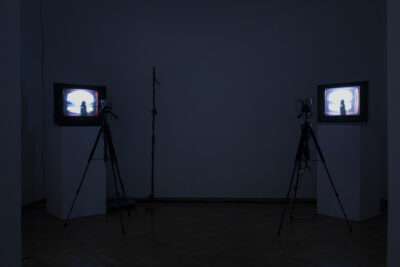 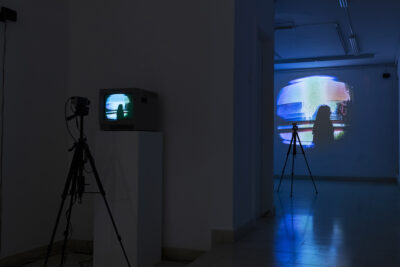 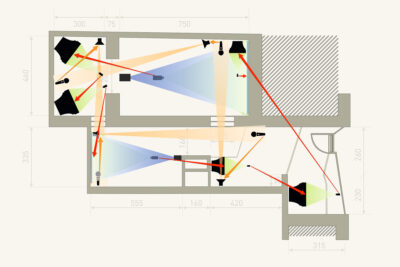 “Surveilling Surveillance” is an interactive site-specific video/sound installation exhibited in Salon Galić Gallery in Split, Croatia, November 19 – December 5 2020.
7 CCTV cameras, 2 video projectors and 5 CRT TV monitors were installed so that they activate each other. Gallery space is filmed by a camera and the image is being reproduced onto a TV monitor in a close circuit manner. That monitor is being filmed by the second video camera that is transferring its image to the third TV monitor and so on until the closure of the full circle, where the last monitor is being filmed by the first camera.
The sound aspect of the work is organized in the same way. 4 directional loudspeakers are reproducing sound from the closed circuit that is recorded by 4 directional microphones. The sound in the gallery is being transferred from one microphone to the next loudspeaker, onto the next microphone, etc., in a closed-circuit manner.
The audience, although unnecessary for the functioning of the work, with their presence and movement through the installation impacts the audio-visual feedback in the system and interacts with the work by appearing in the video image or by adding sound to the closed system.

The project is realized with the support of:
The City of Split, the Department for Culture, Art and Historic Town Center
The City of Rijeka, the City Department of Culture