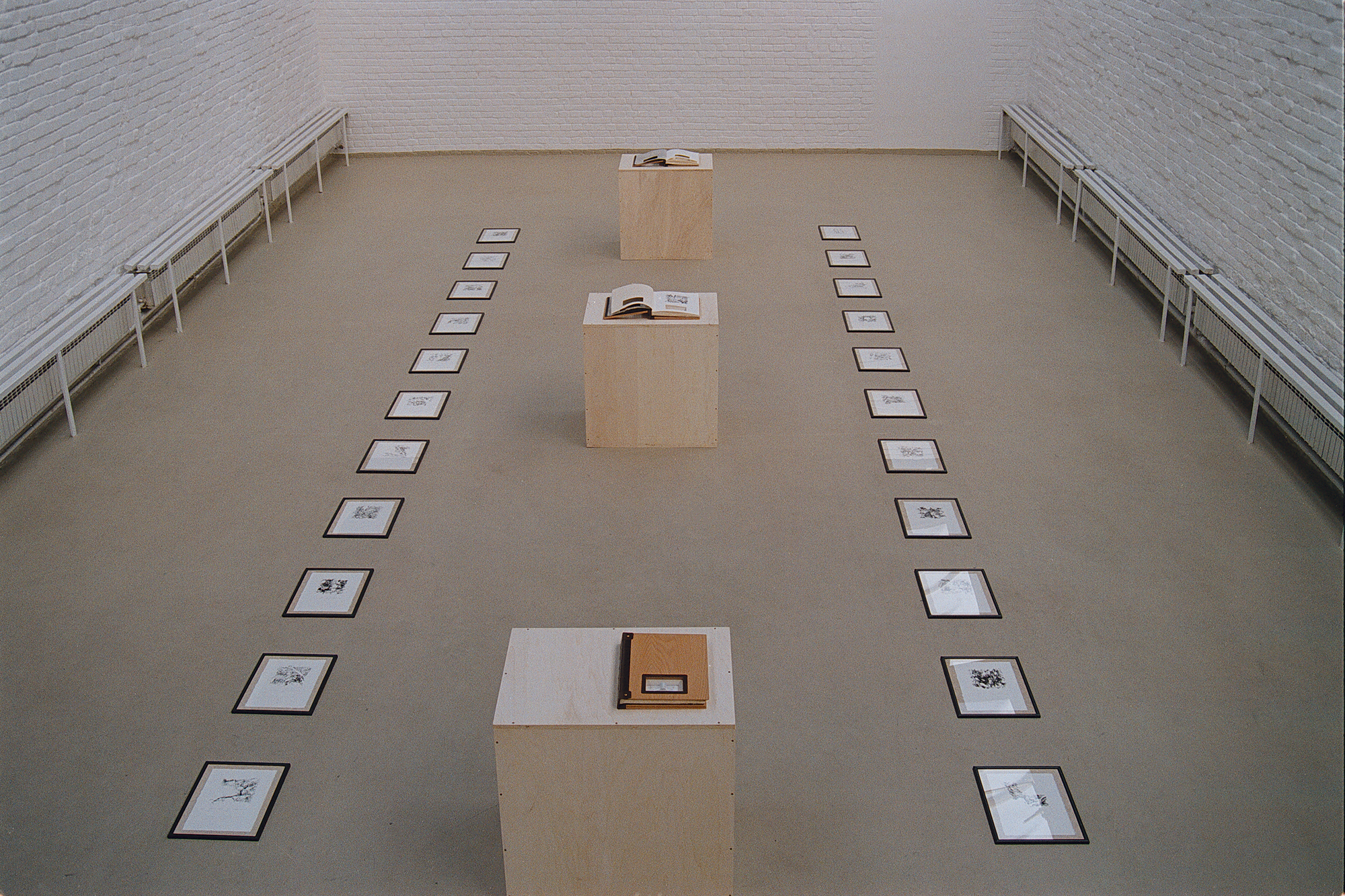 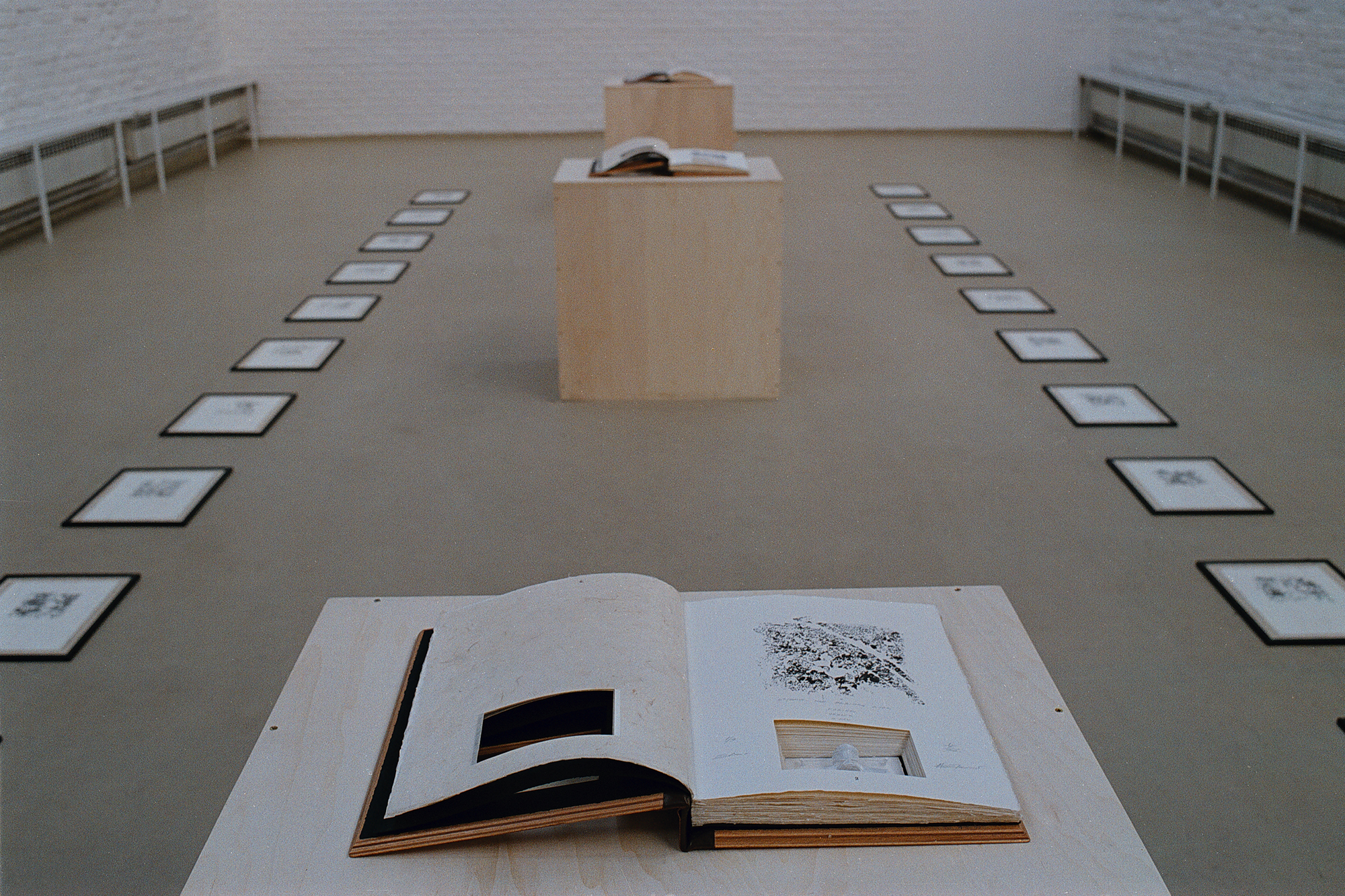 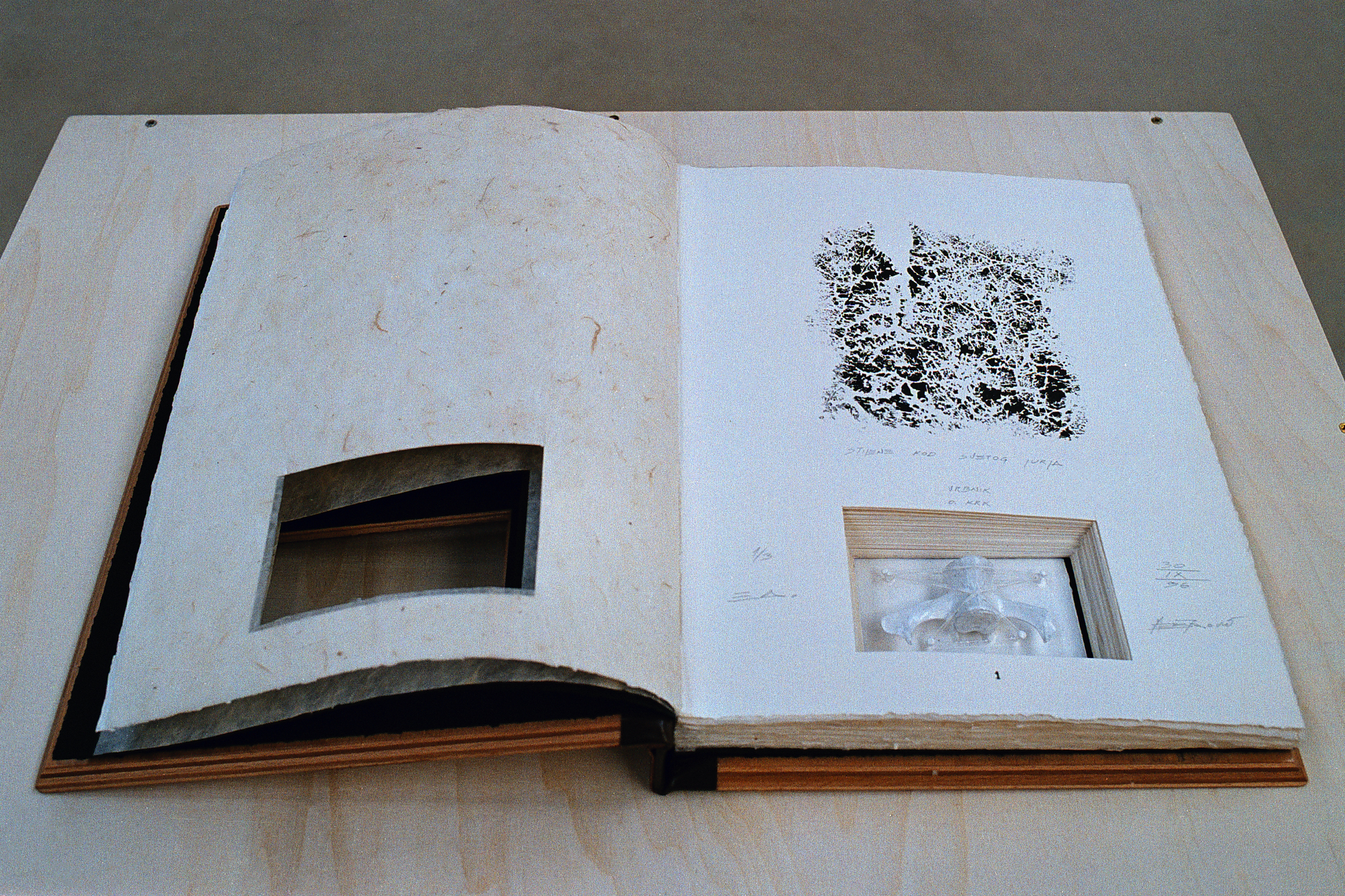 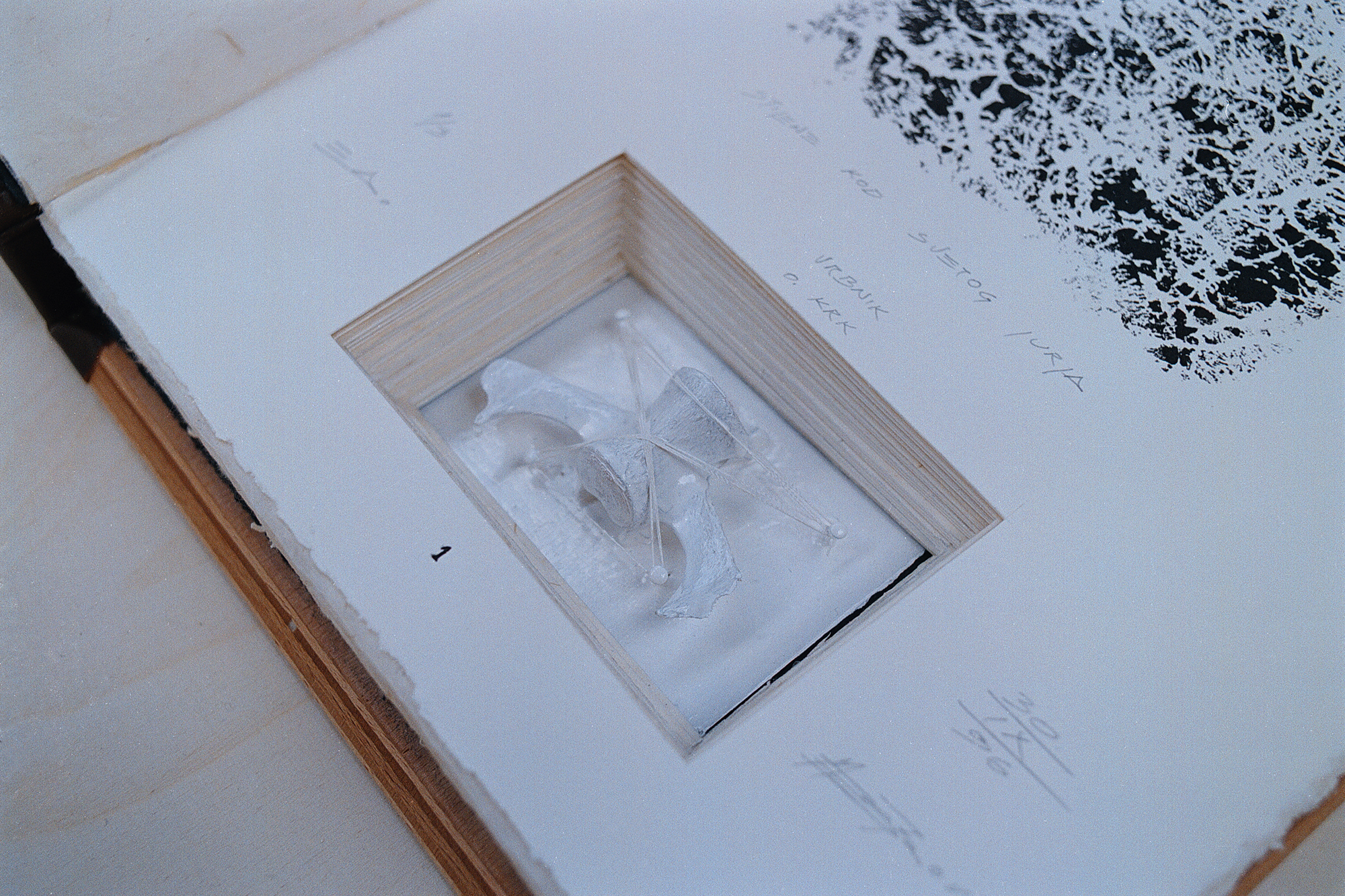 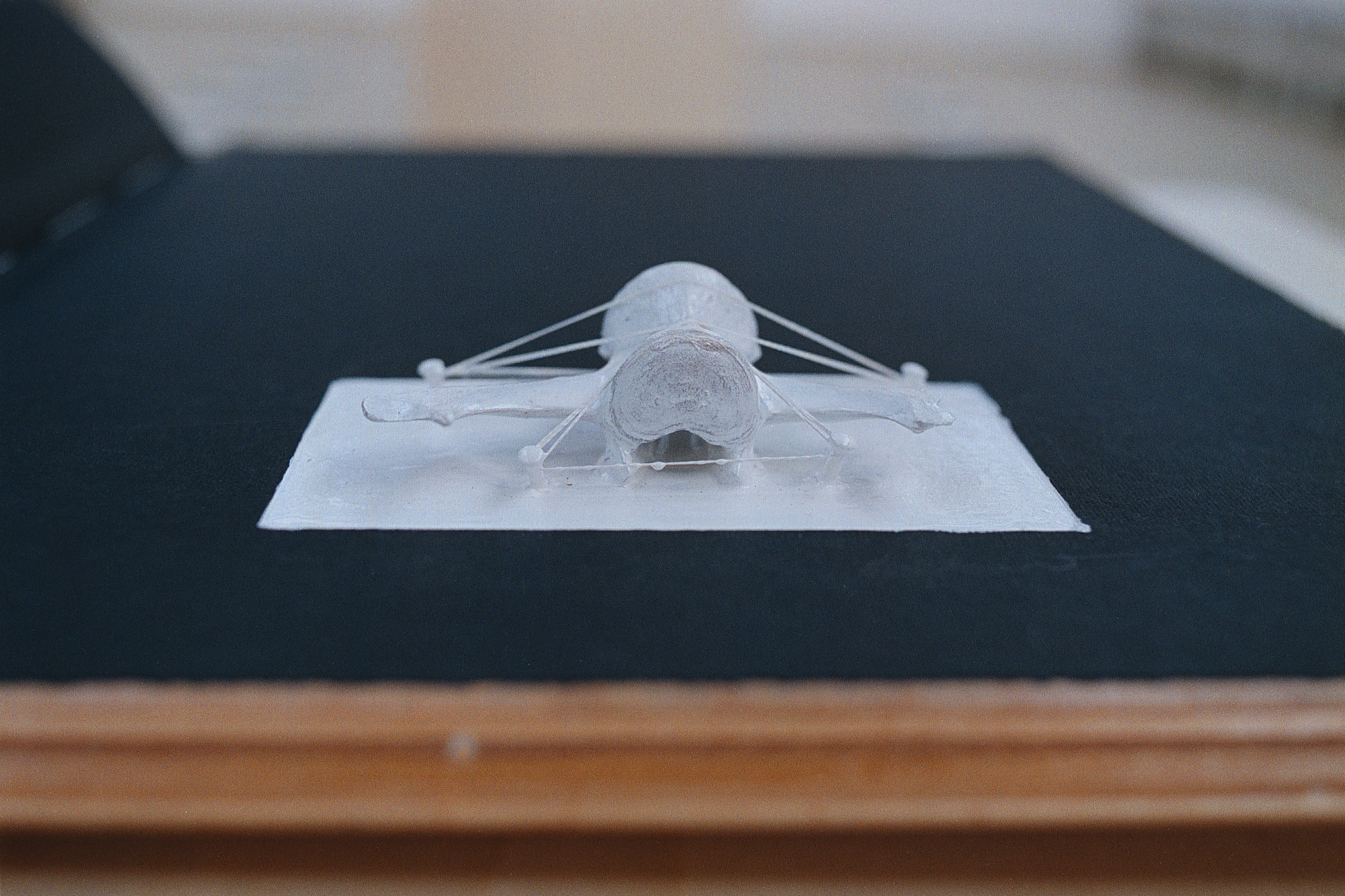 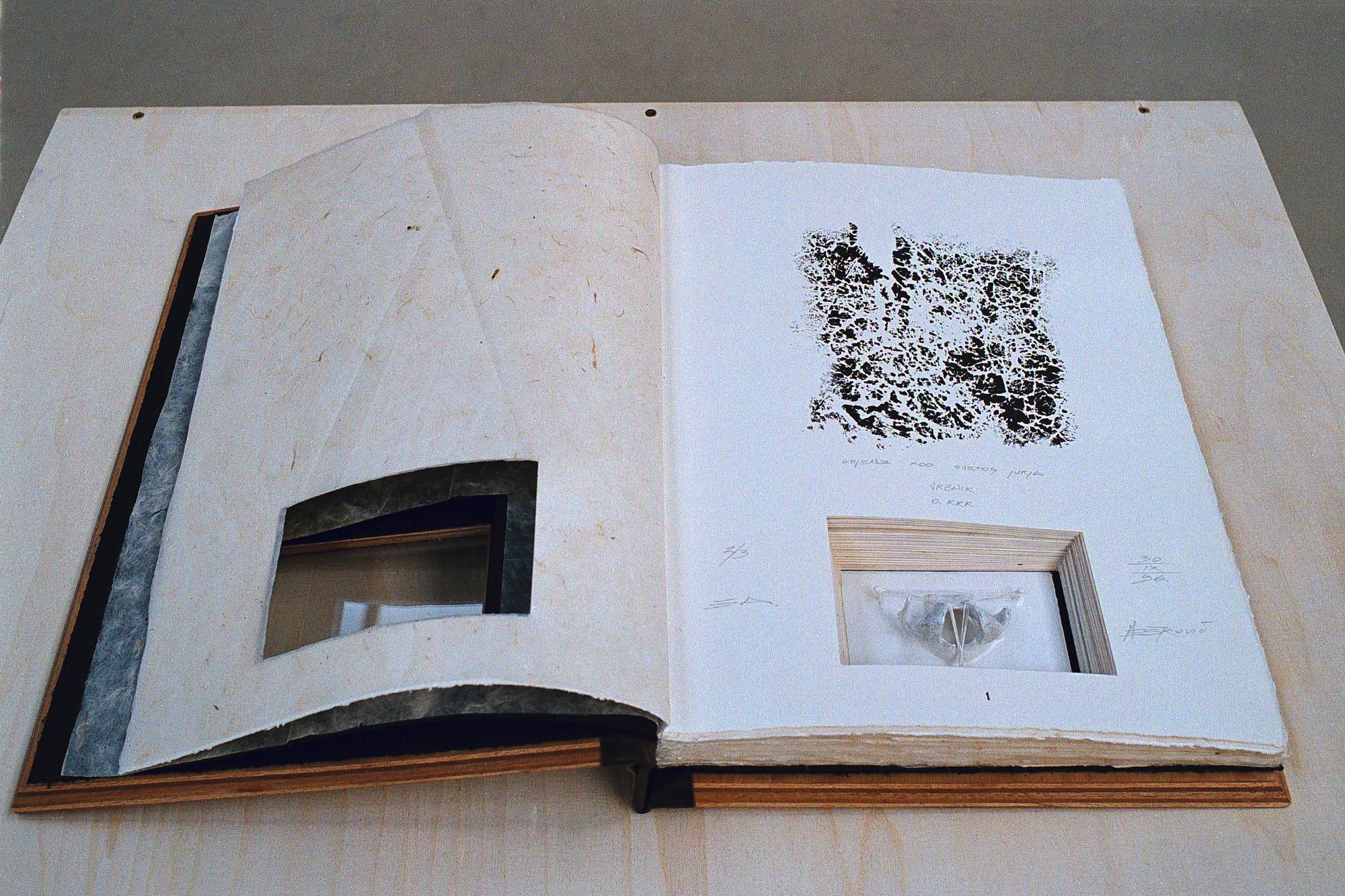 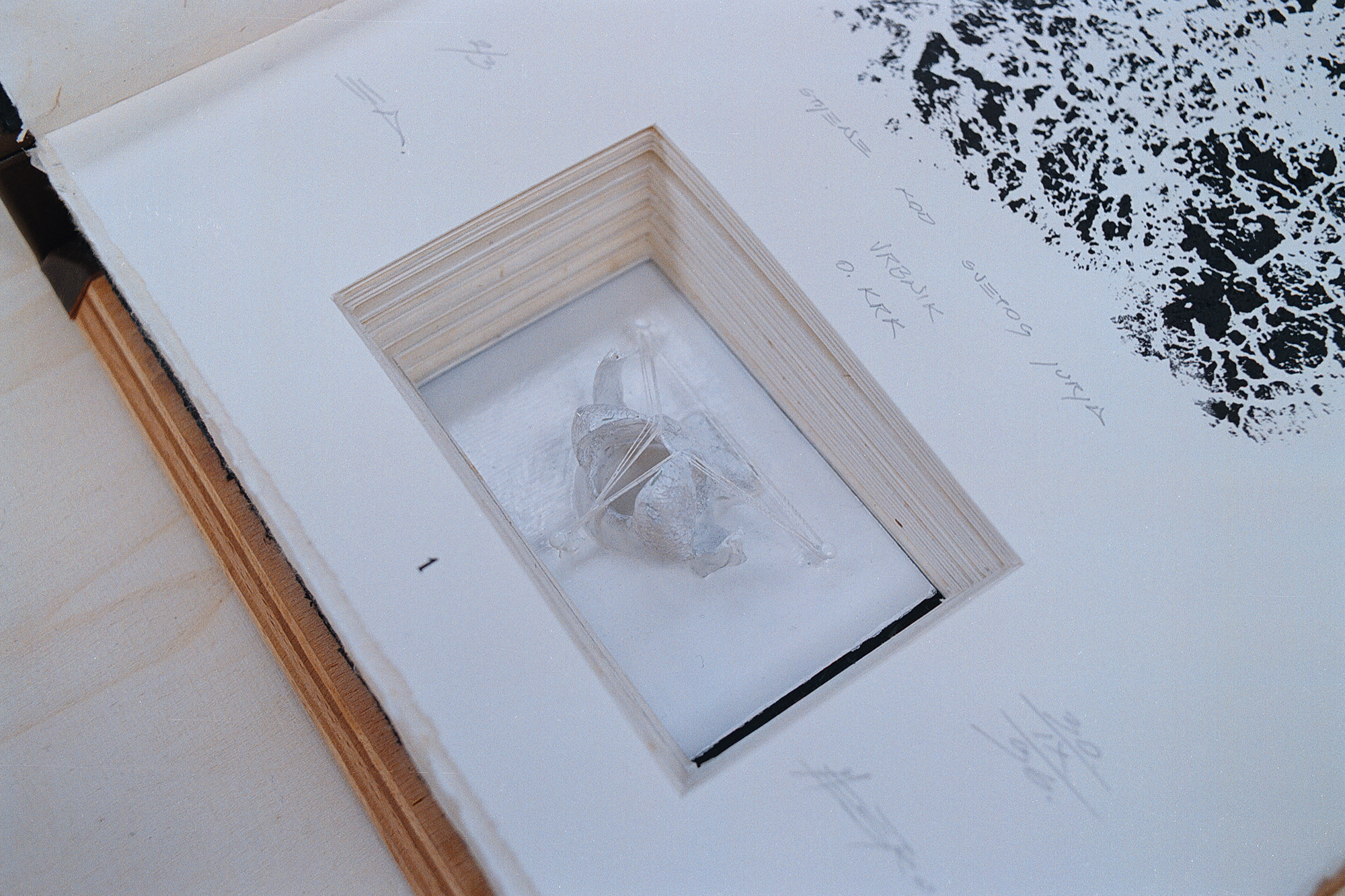 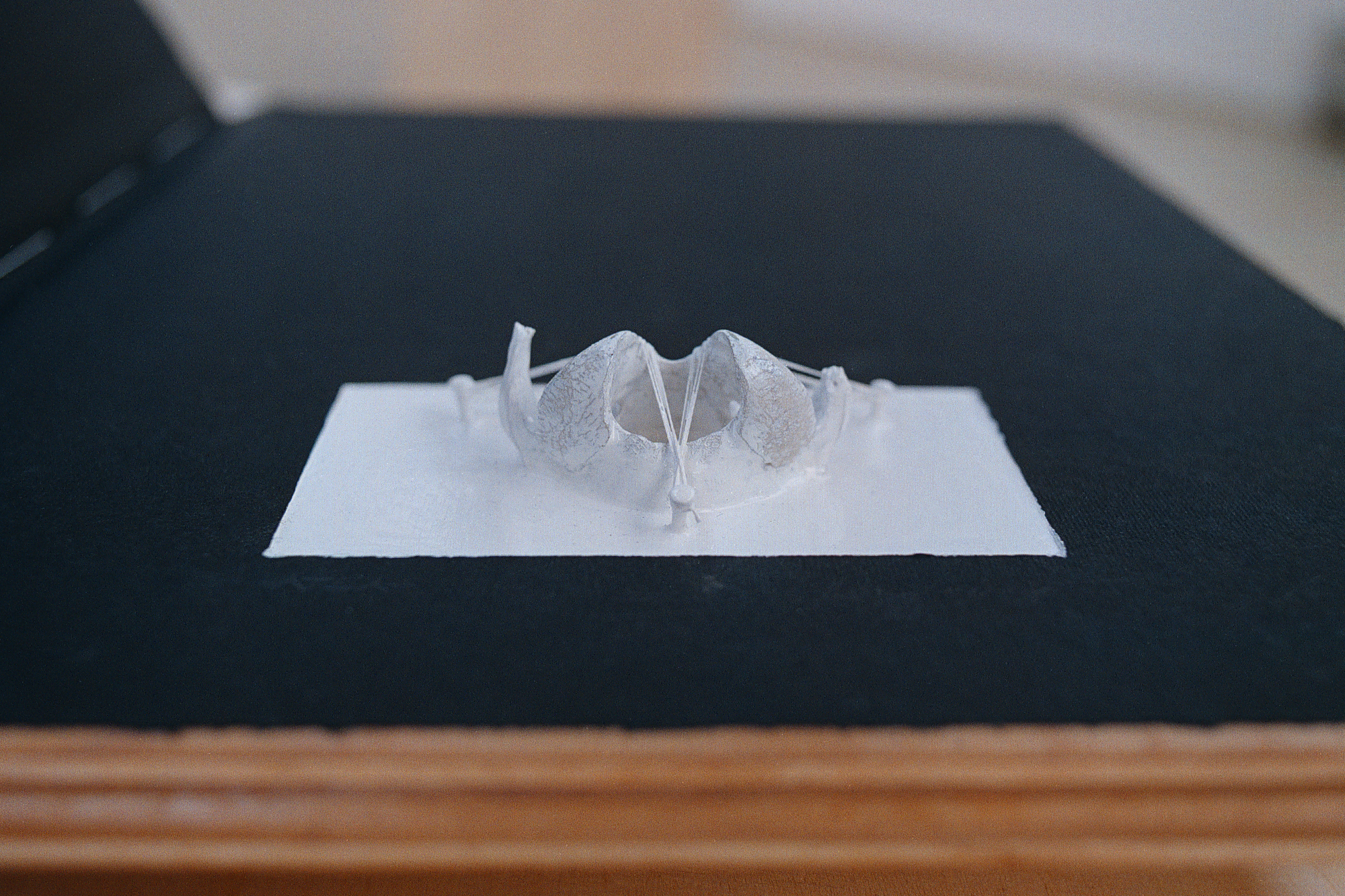 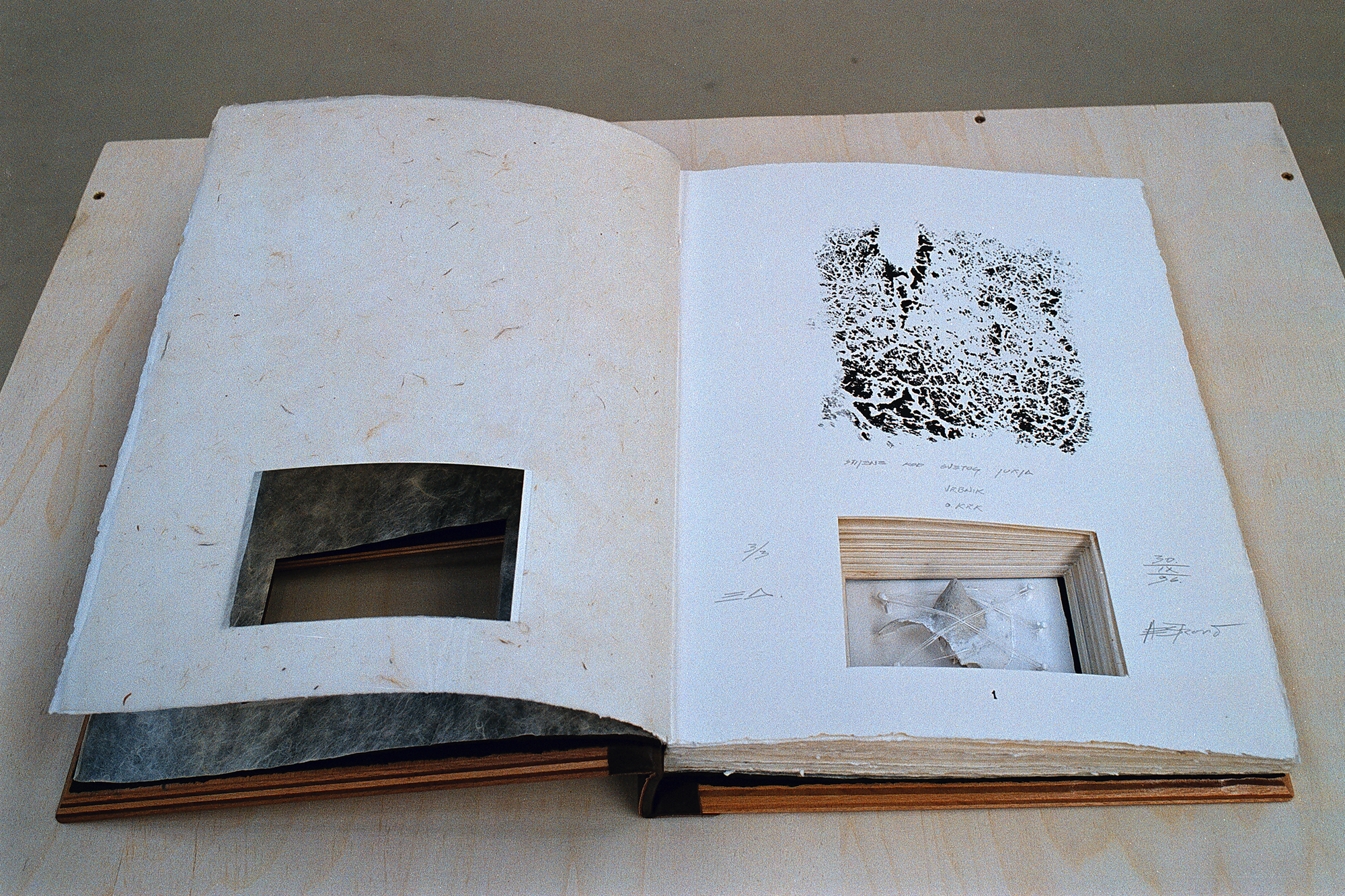 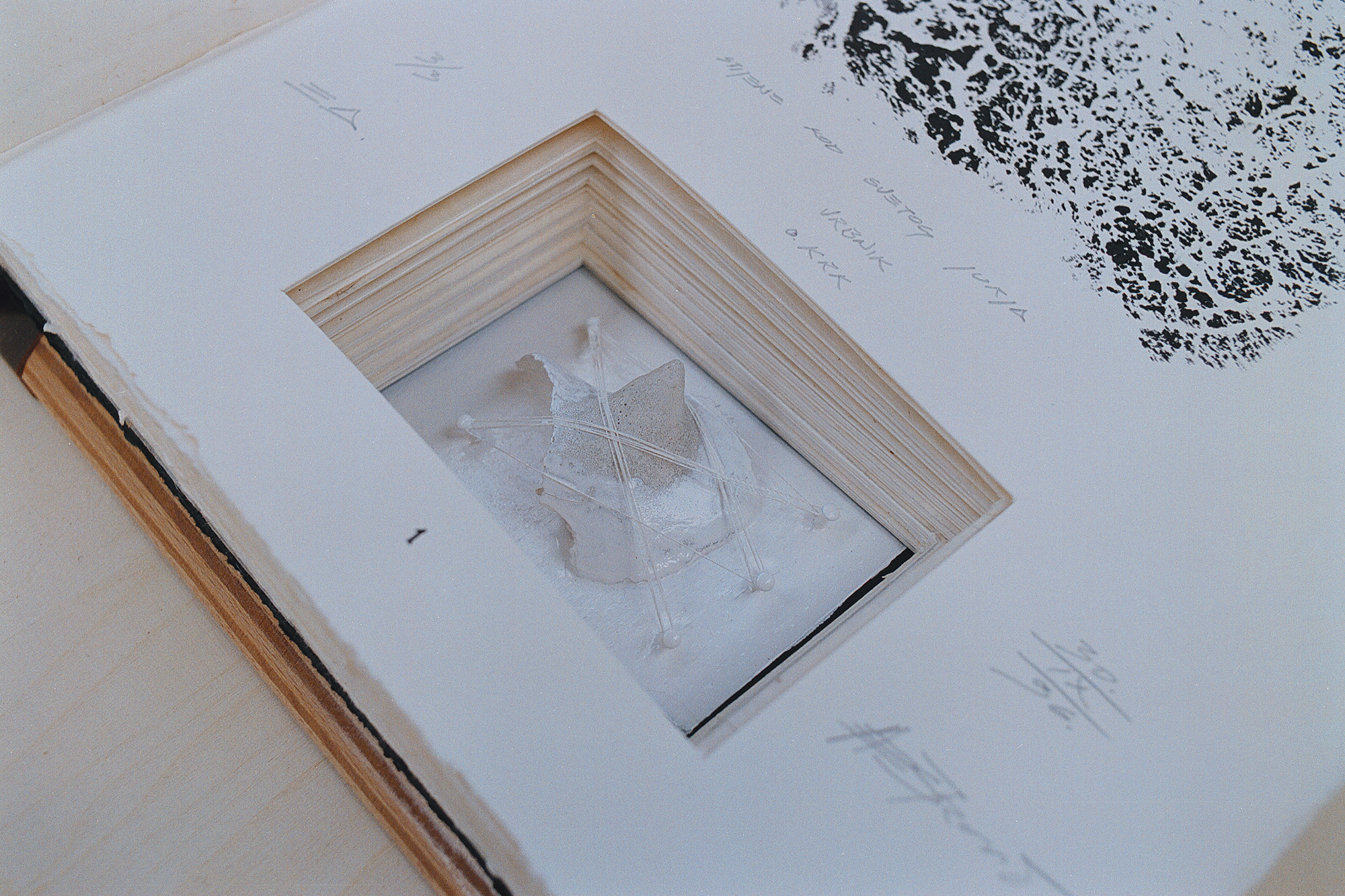 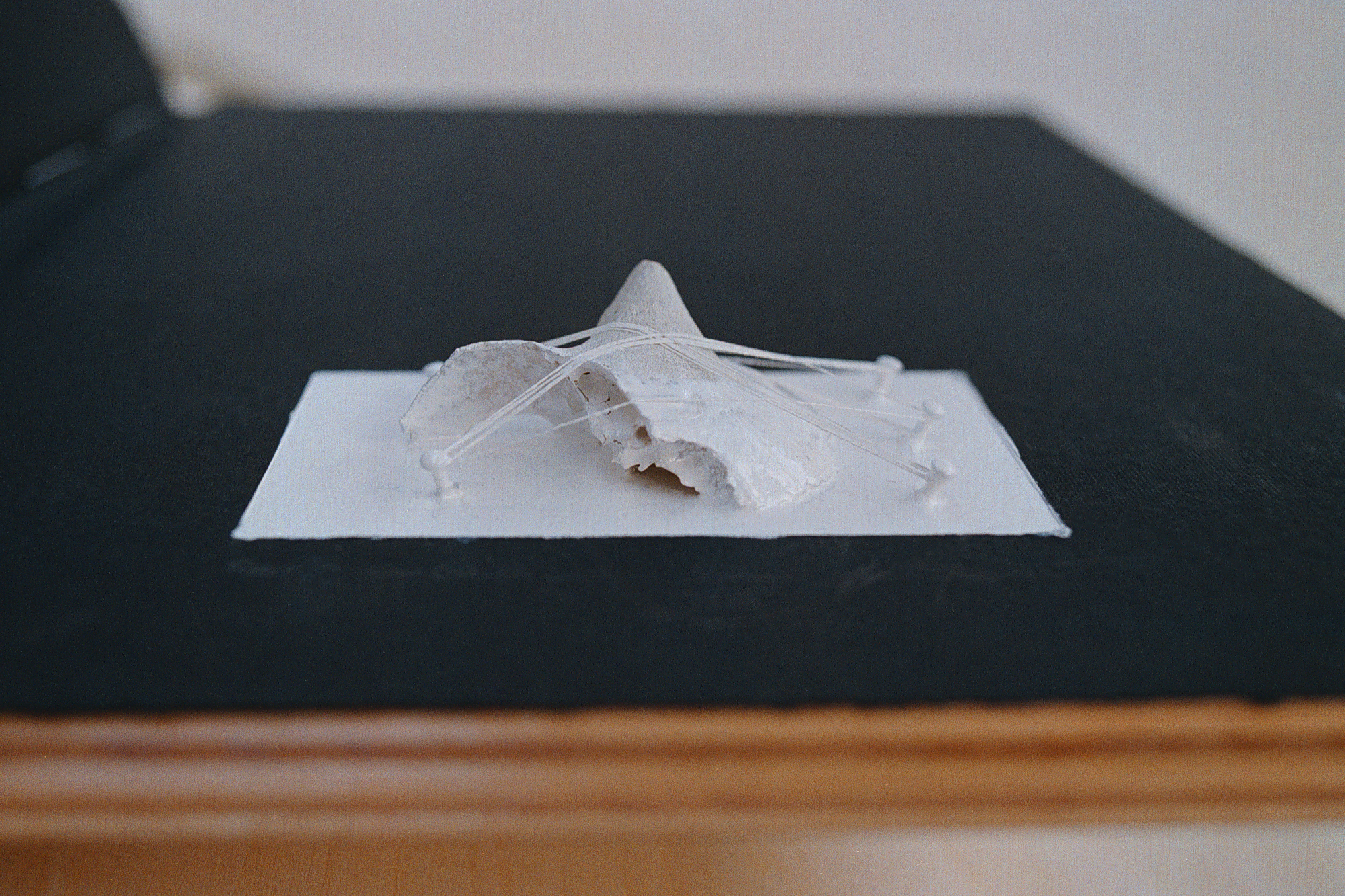 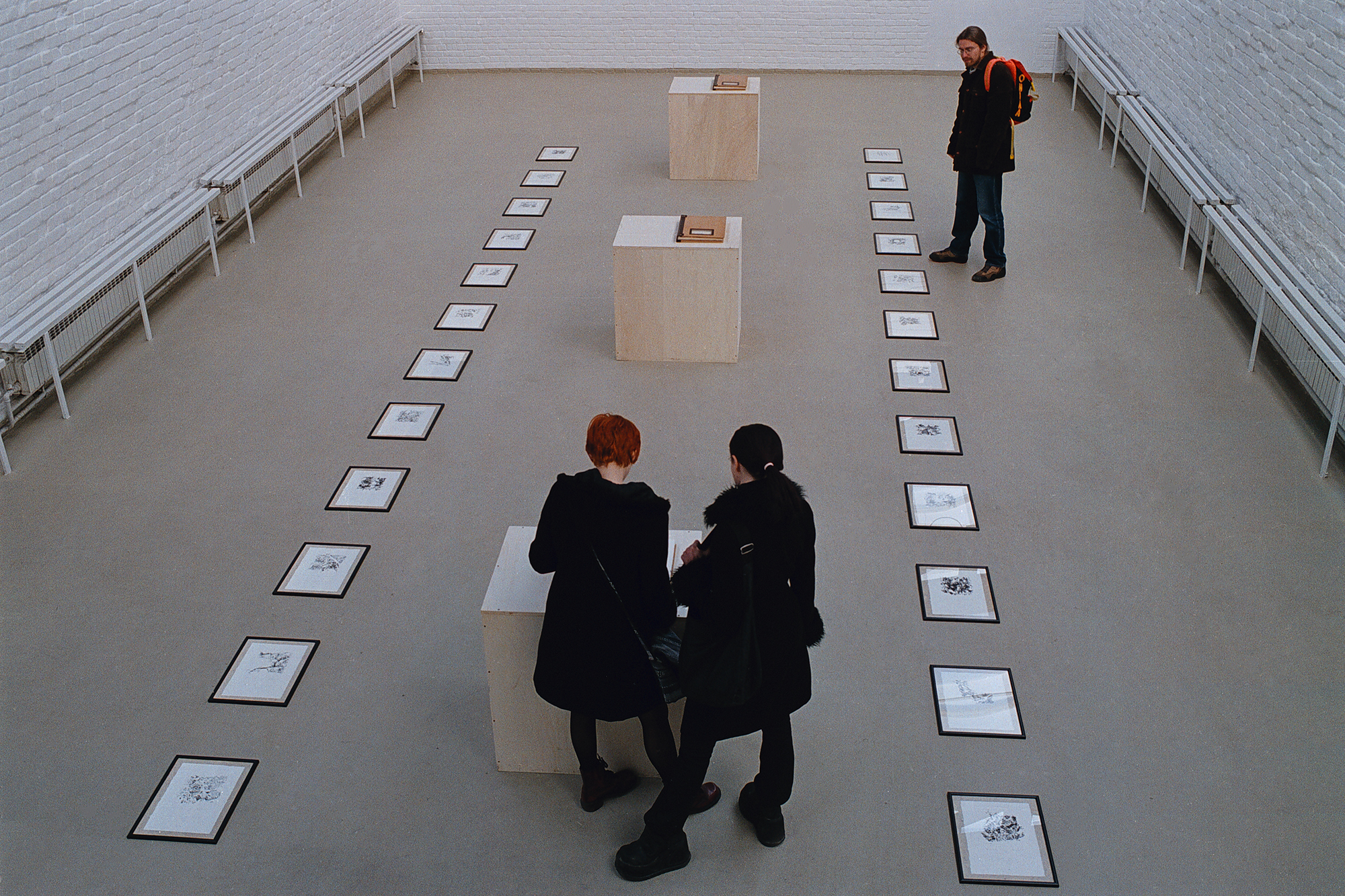 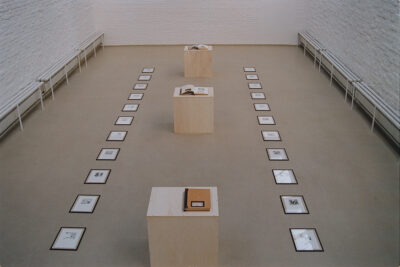 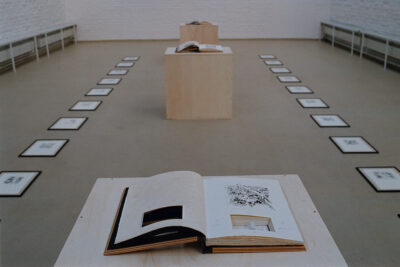 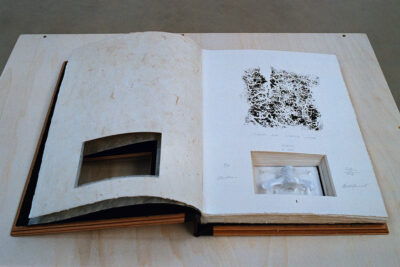 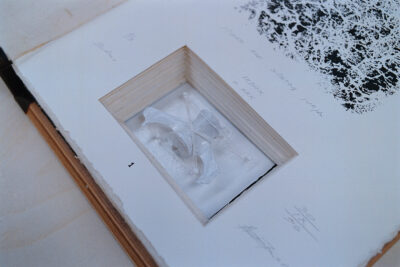 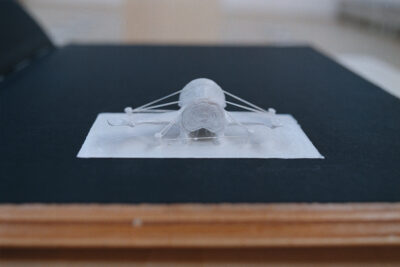 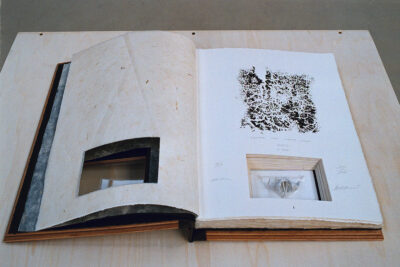 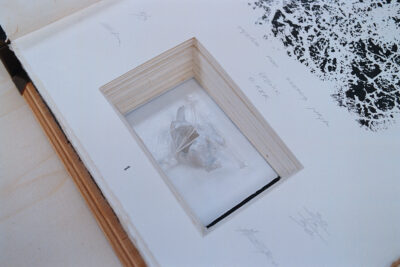 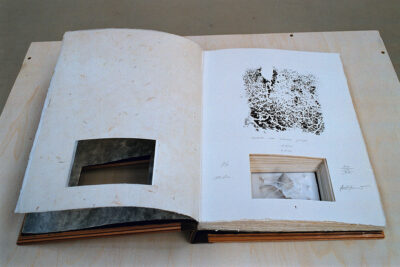 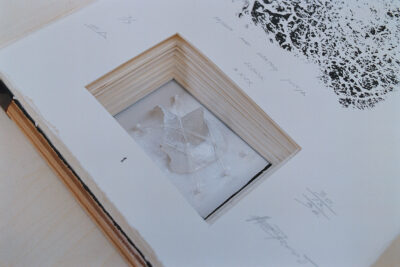 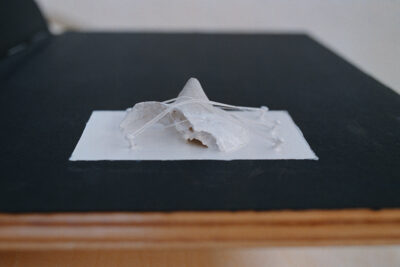 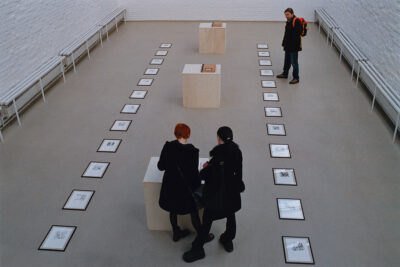 Hand-bound original of a visual book in three copies containing 25 paper sheets each. Twenty-four of the 25 sheets contain hand-pressed prints of sea-rock structures (lithogram) found in the surroundings of the town of Vrbnik on the island of Krk. A fragment of a sheep skeleton found in the vicinity of Vrbnik is included in each book and that is the only element that makes them different one from another.
The project “Monograph of Vrbnik” is the result of communication and non-communication between the author-student and his mentor, prof. Zdravko Tišljar, based on my work and within the project led by prof. Zdravko Tišljar and prof. Frane Paro “Vrbnik Printmaking Academy”. The monograph of Vrbnik came out of seven one-week stays at Vrbnik Printmaking Academy in the period from 1994 to 1997. I devoted my time to research, accumulation and realisation of the project.

Realisation – printing of sea rock structures from four locations in town surroundings I perceived the essence of the town of Vrbnik as three elements: sea rocks, sheep raising and book.

Sea rocks – carved by the elements (sea and the Northerly) Rocks that served as the town foundation from the time of the Celts Rocks that produce the autochthonous grapes and vine Žlahtina. Rocks that are the native soil to generations of people from Vrbnik.

Book – a symbol of knowledge, culture and literacy. Book with a history of its own in Vrbnik.

Twenty-four hand-printed rock surfaces, each printed in one test and three prints. One of the three prints is bound in each book. By printing the graphics manually (lithogram), and by respecting the classical laws of printmaking, I wanted to give these prints the value of artistic prints.
I perforated the book in order to stress the third dimension of the book as an object and to create a special space within the object.
Fragments of sheep skeleton; from the spine, the bone connecting the spine with the skull, and connecting the horn to the skull, create an image of animal obstinacy and persistence, which is a requirement for survival on the cliff of Vrbnik.
Three copies – the holy trinity, three elements of Vrbnik (sea rocks, sheep raising and the books).