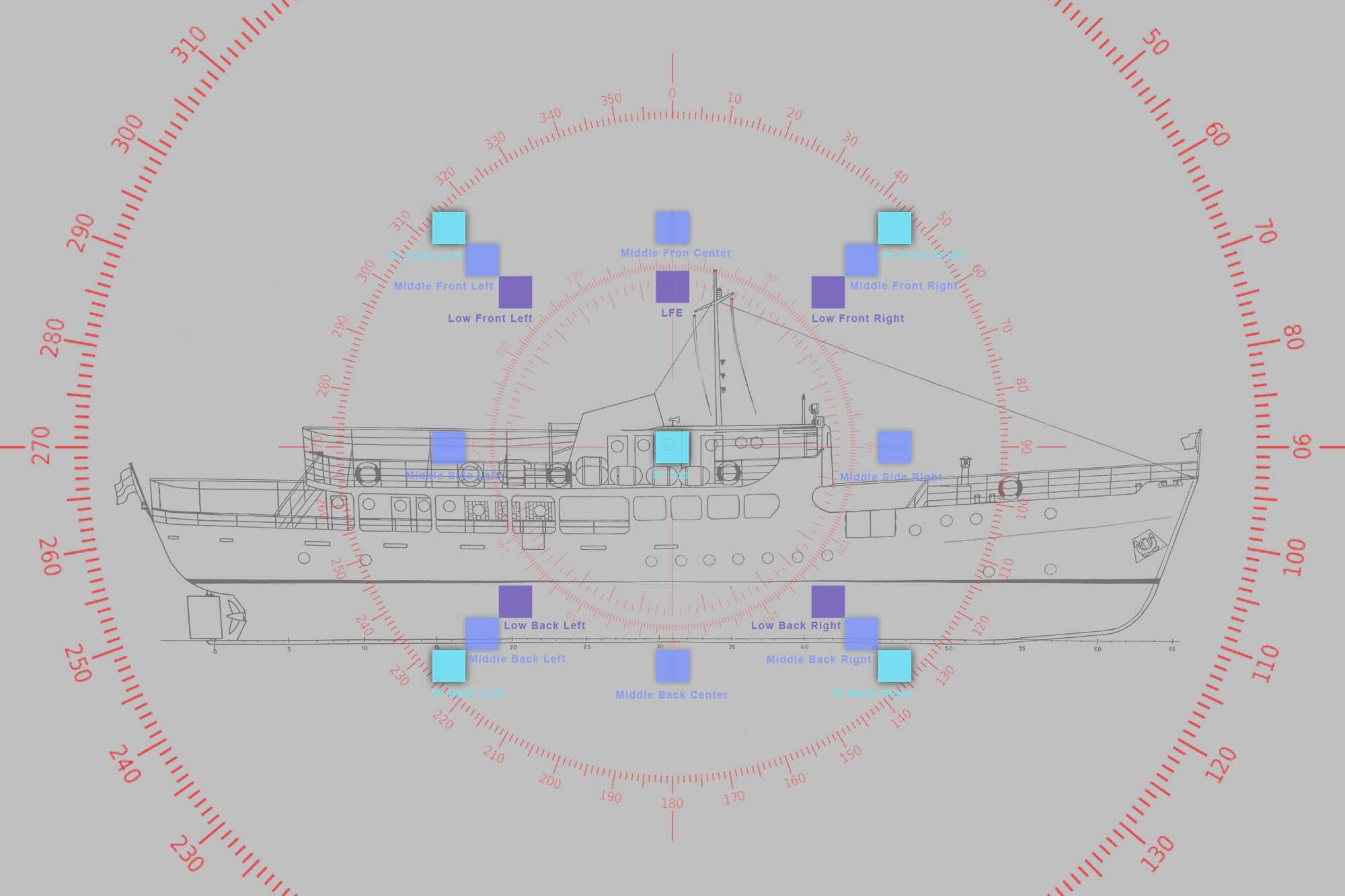 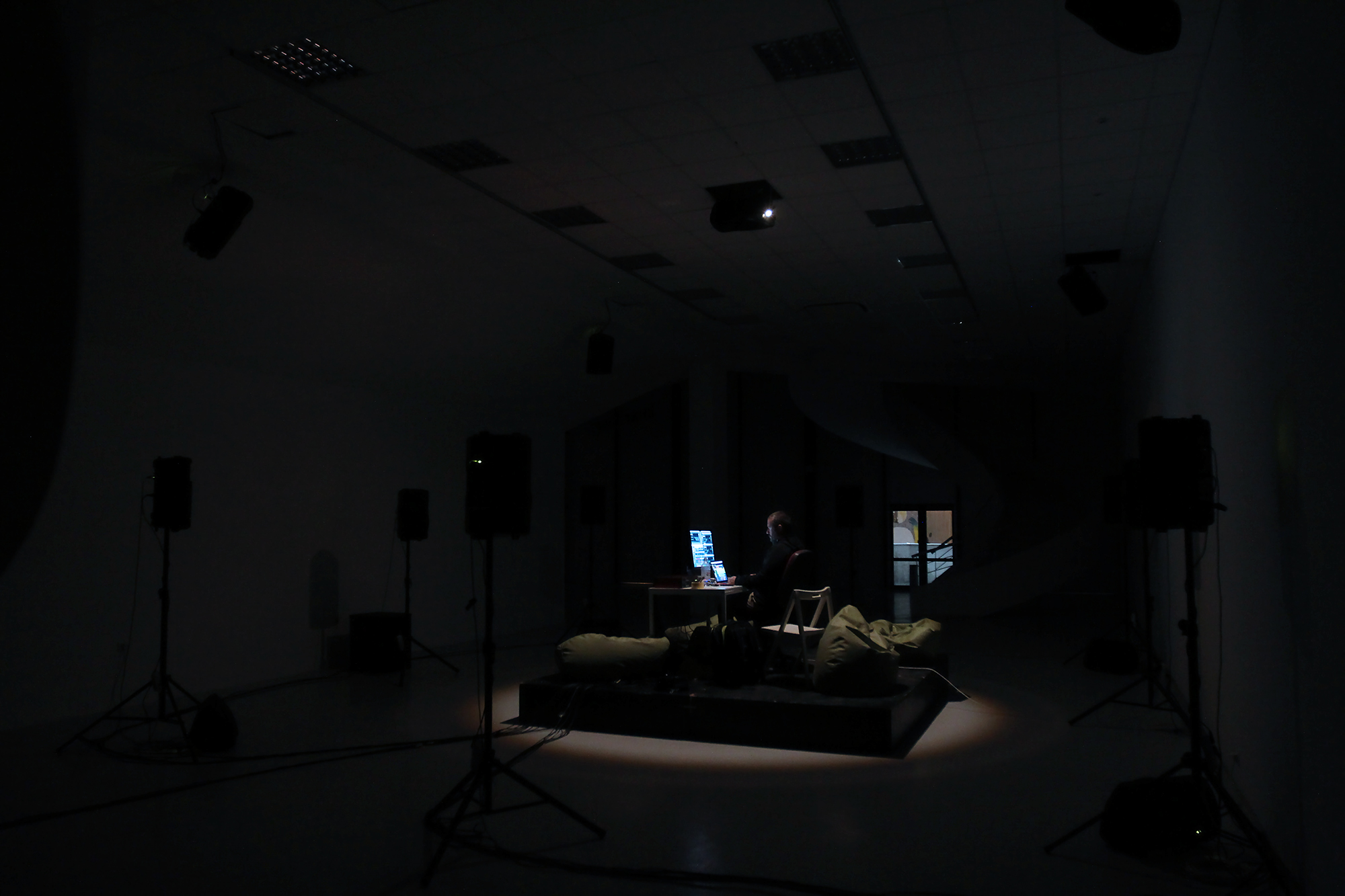 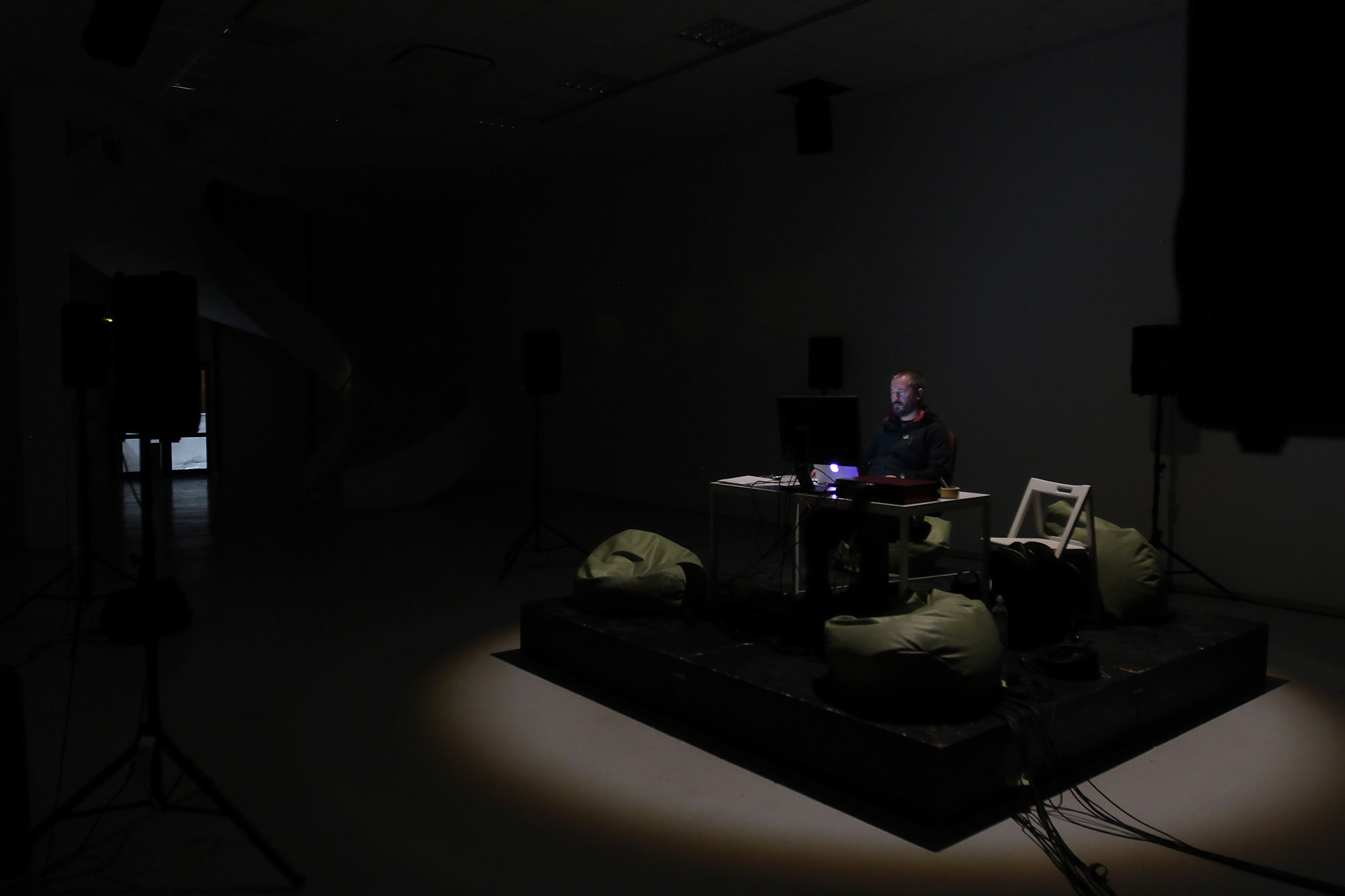 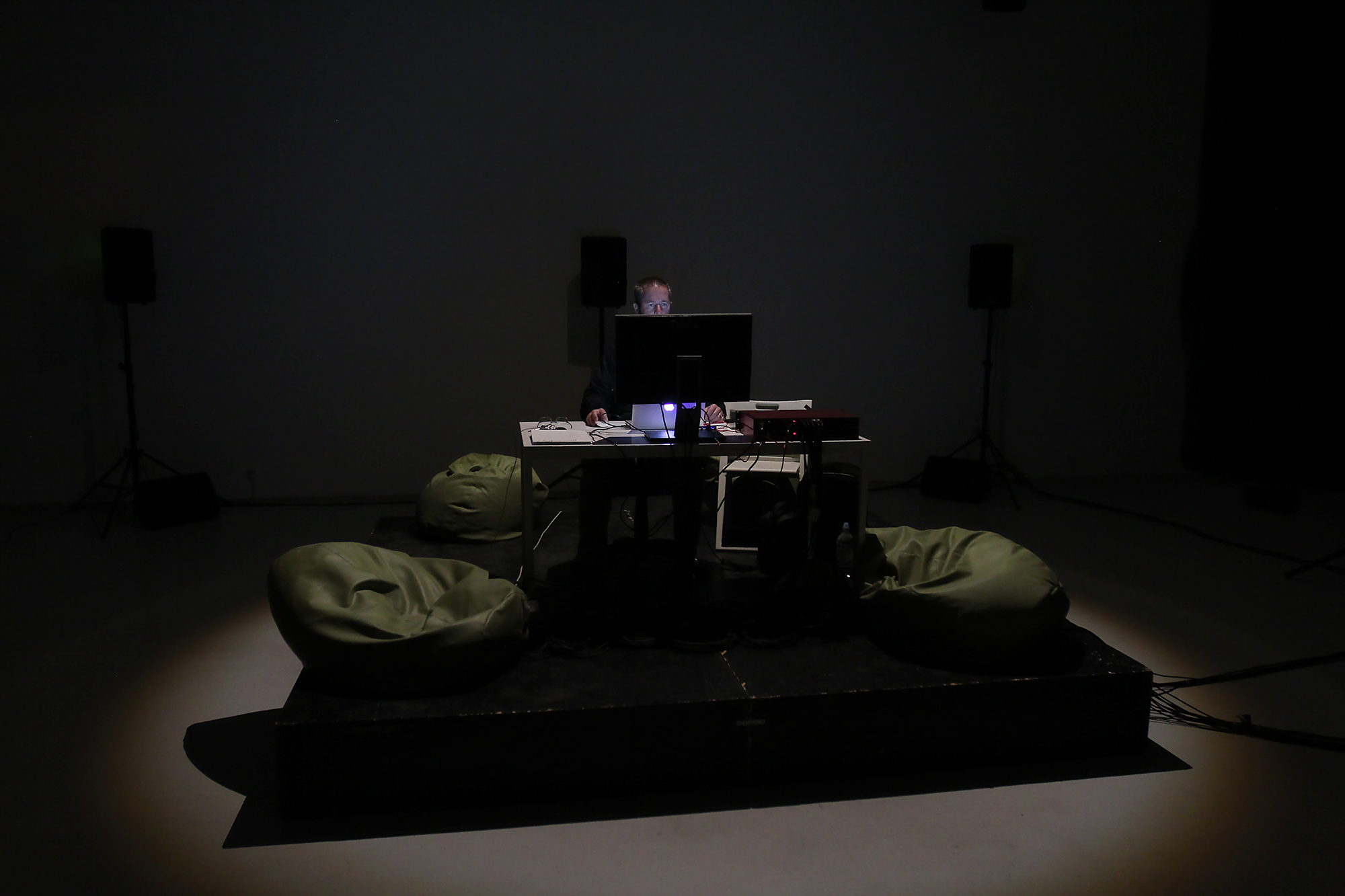 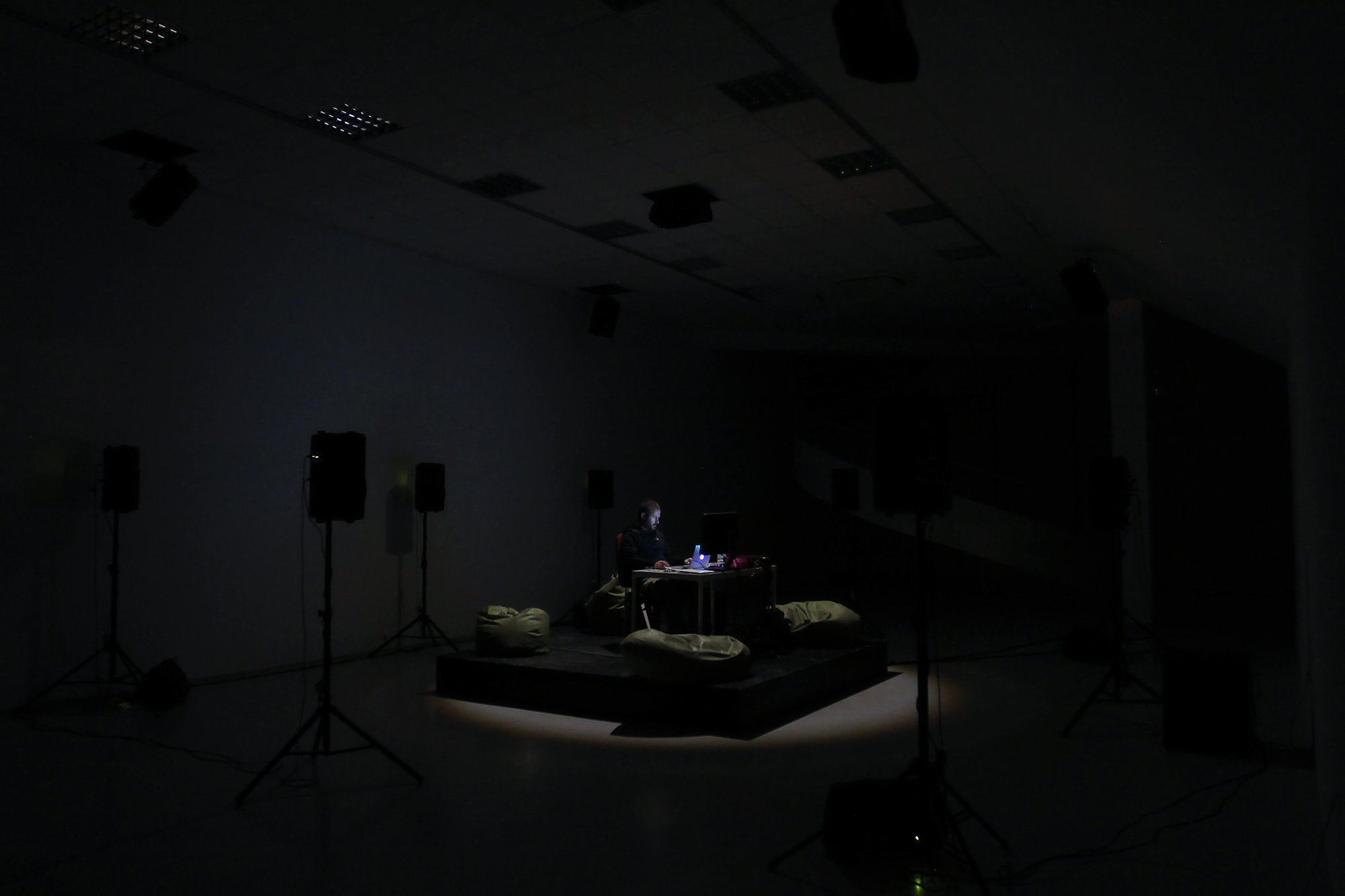 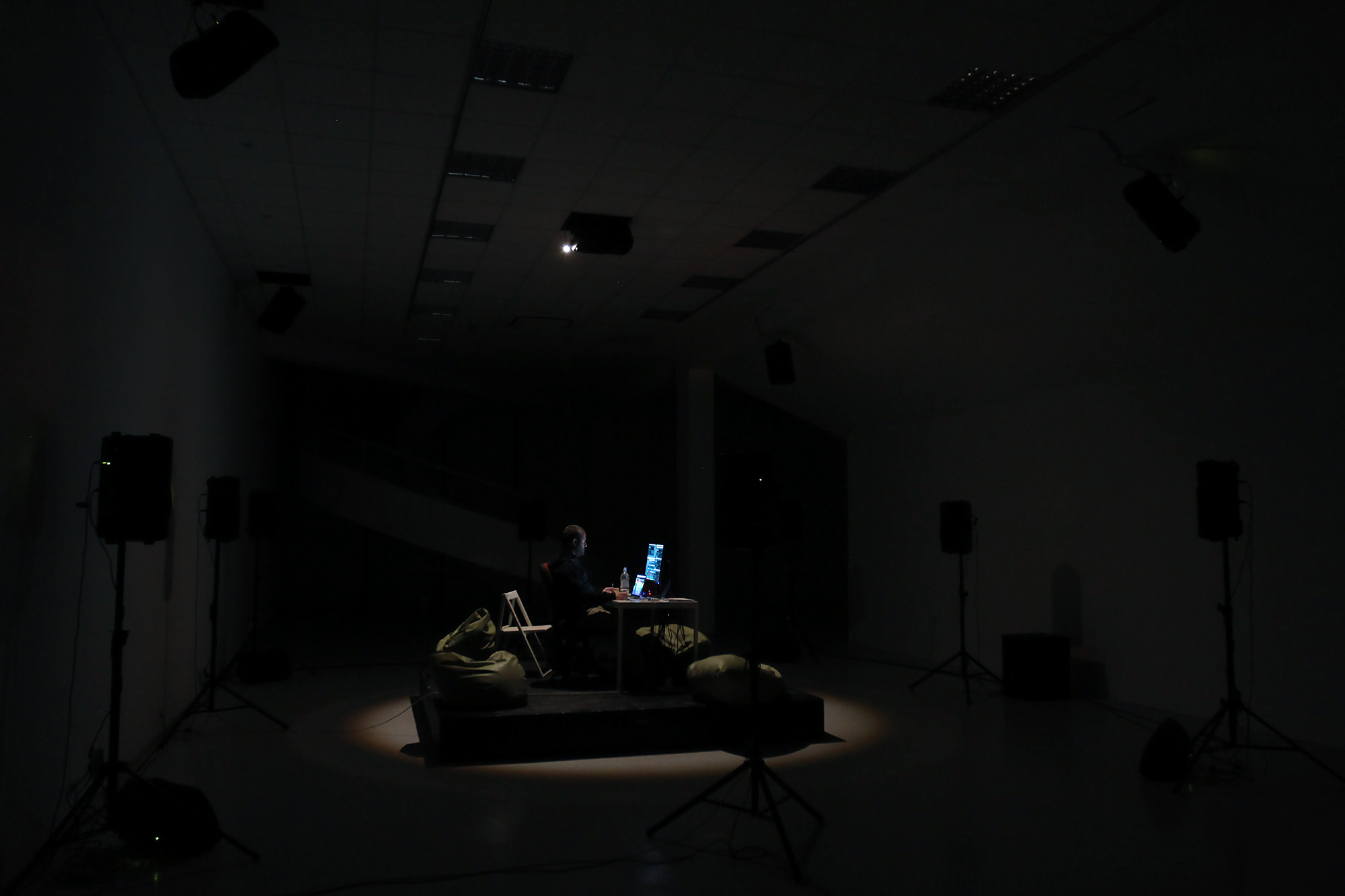 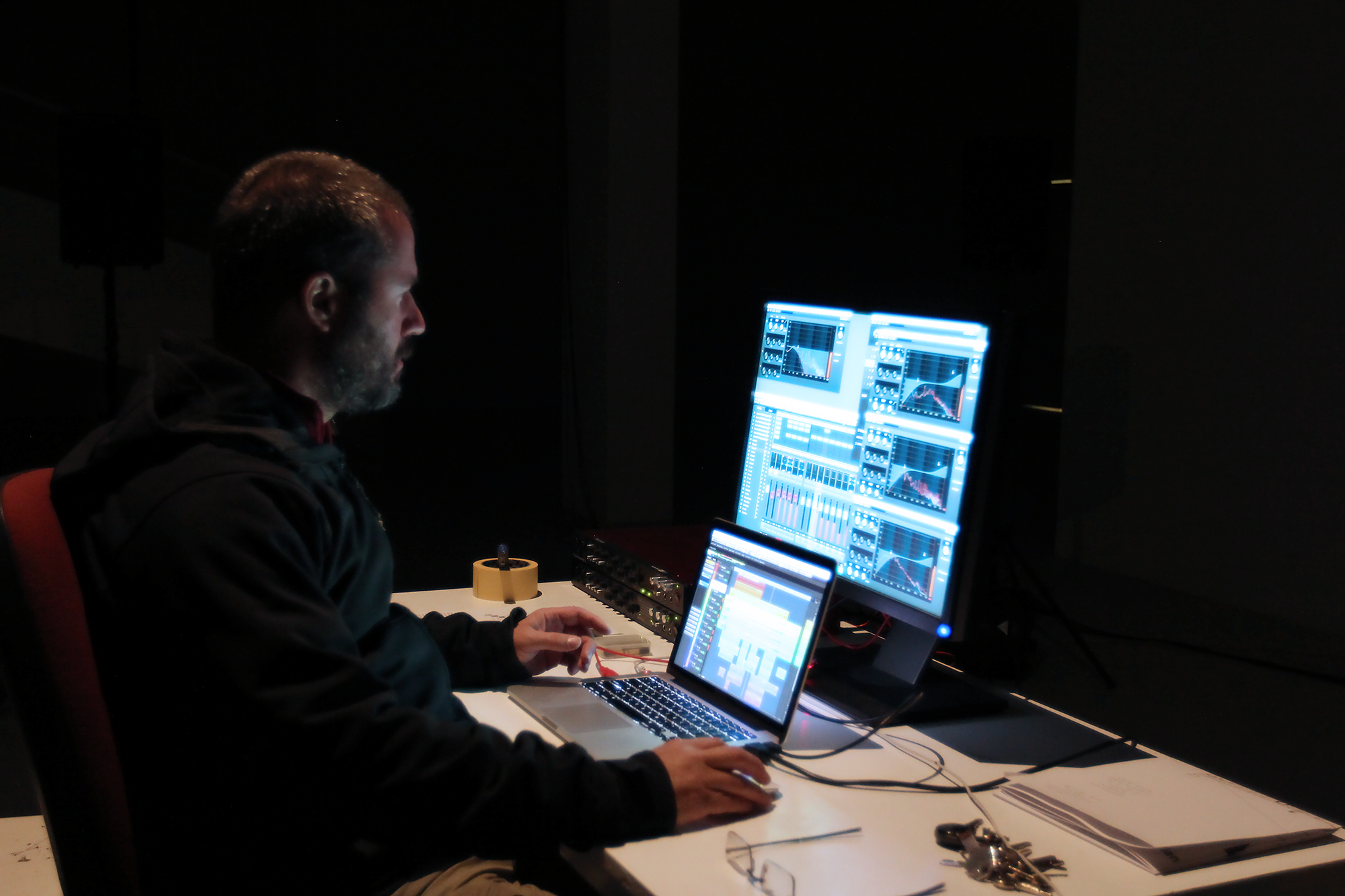 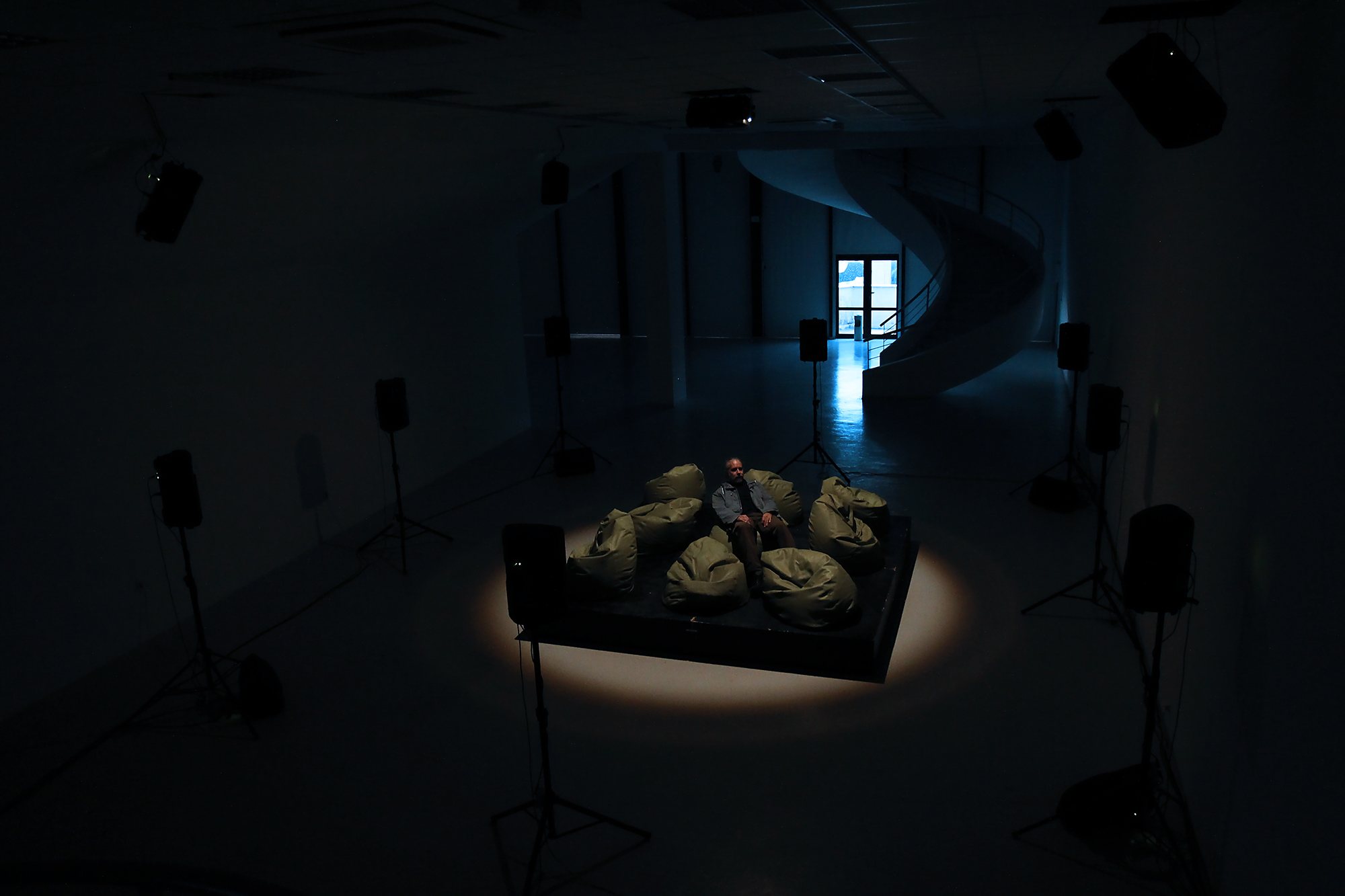 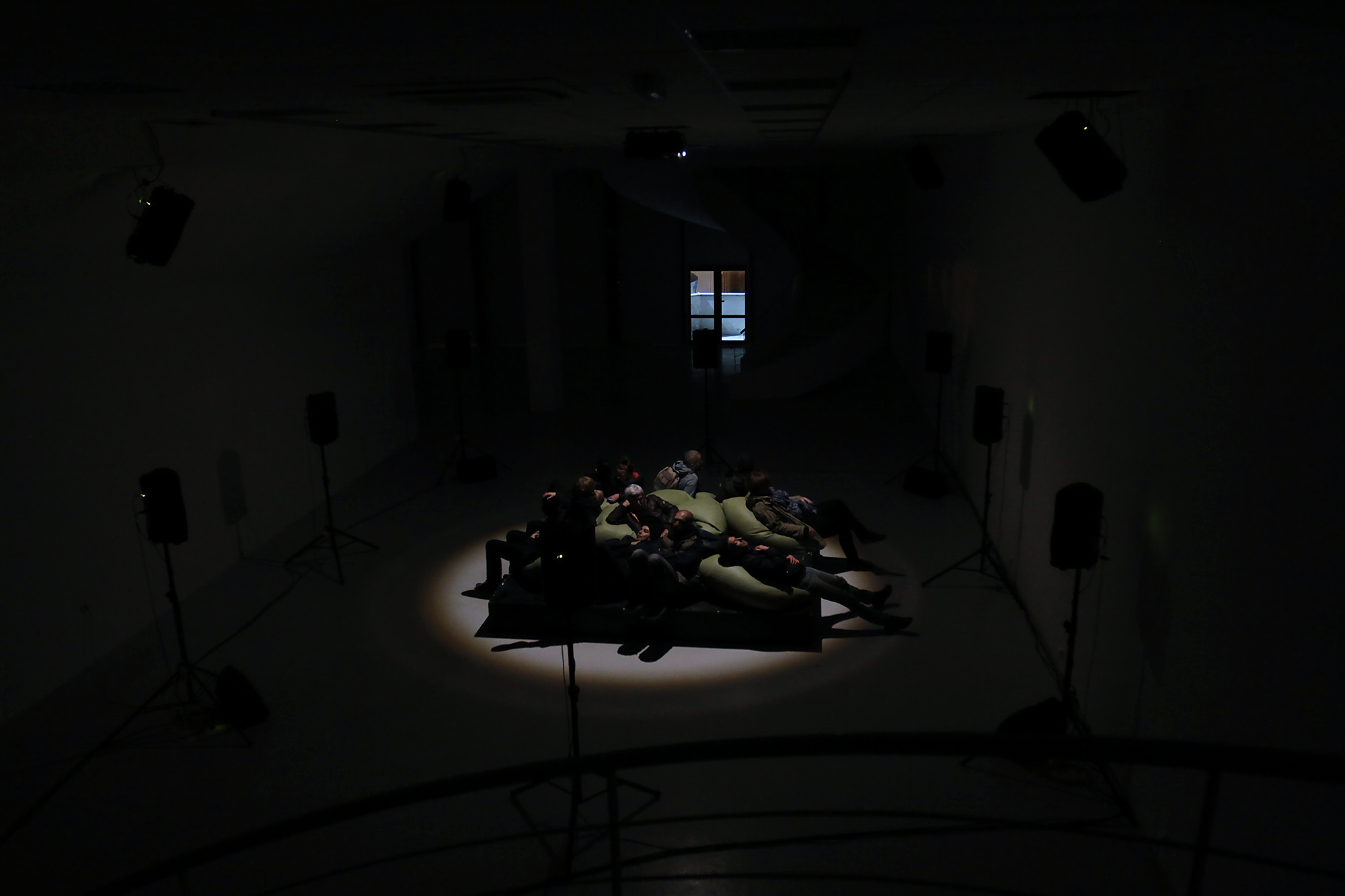 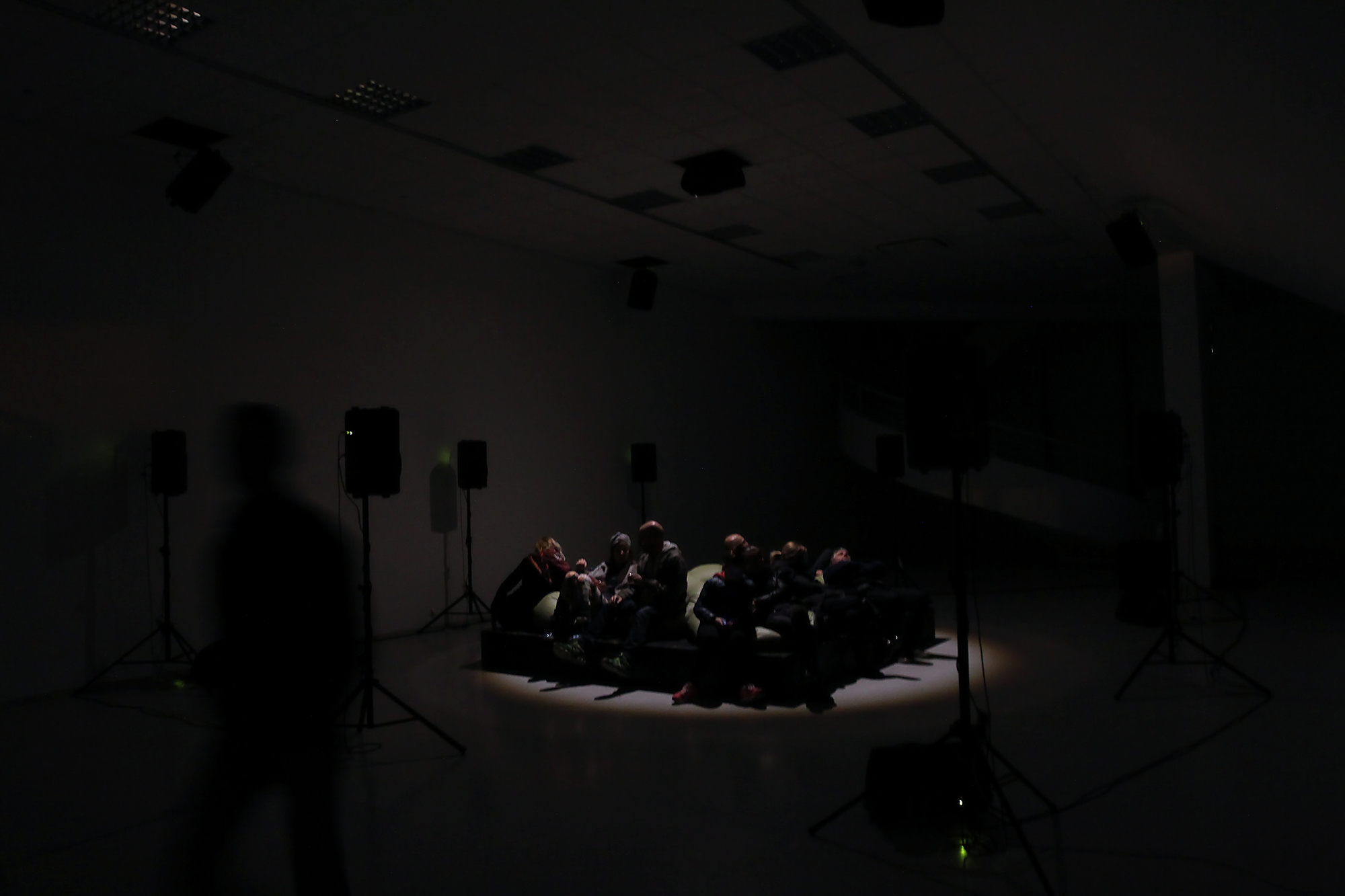 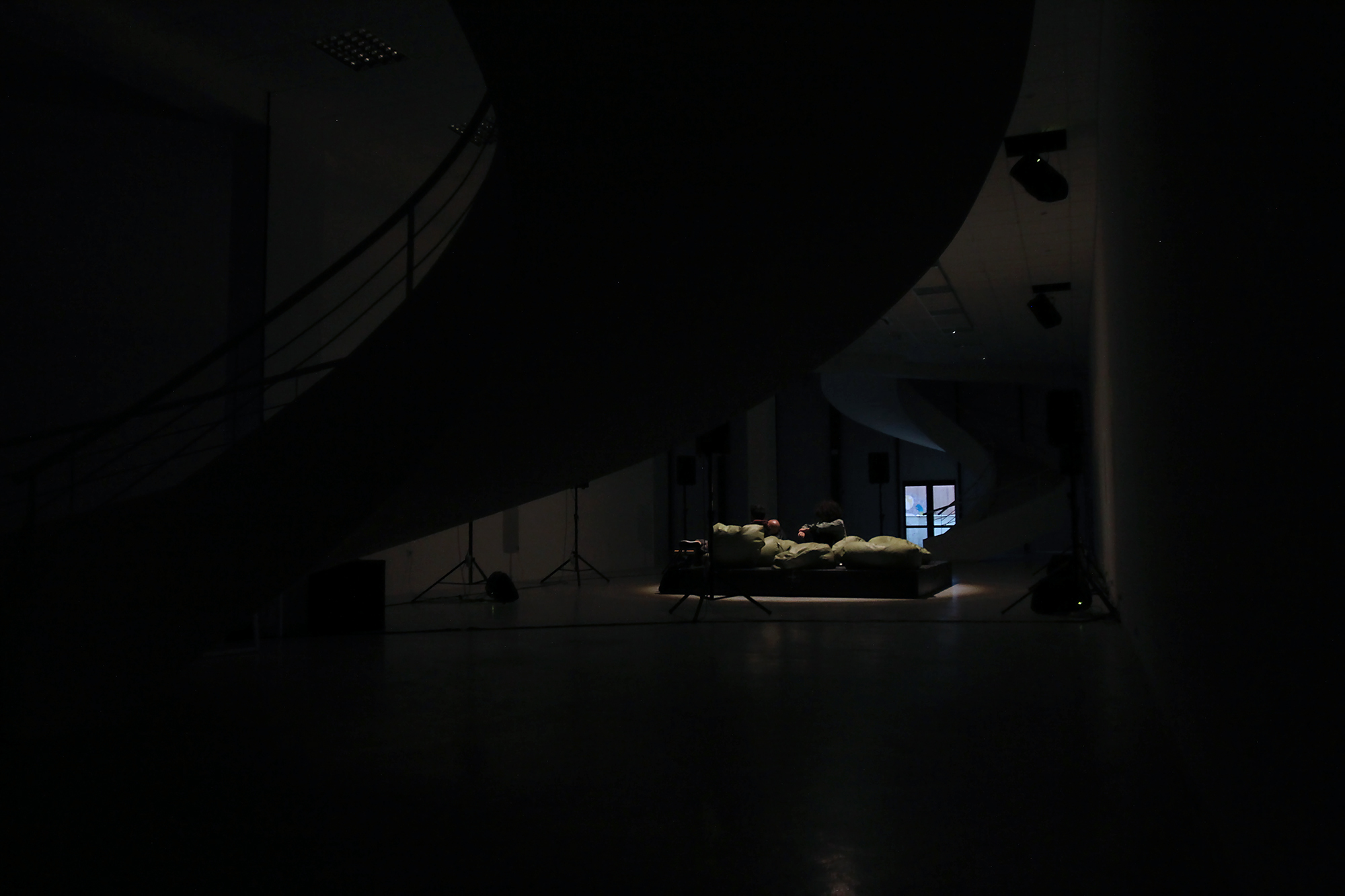 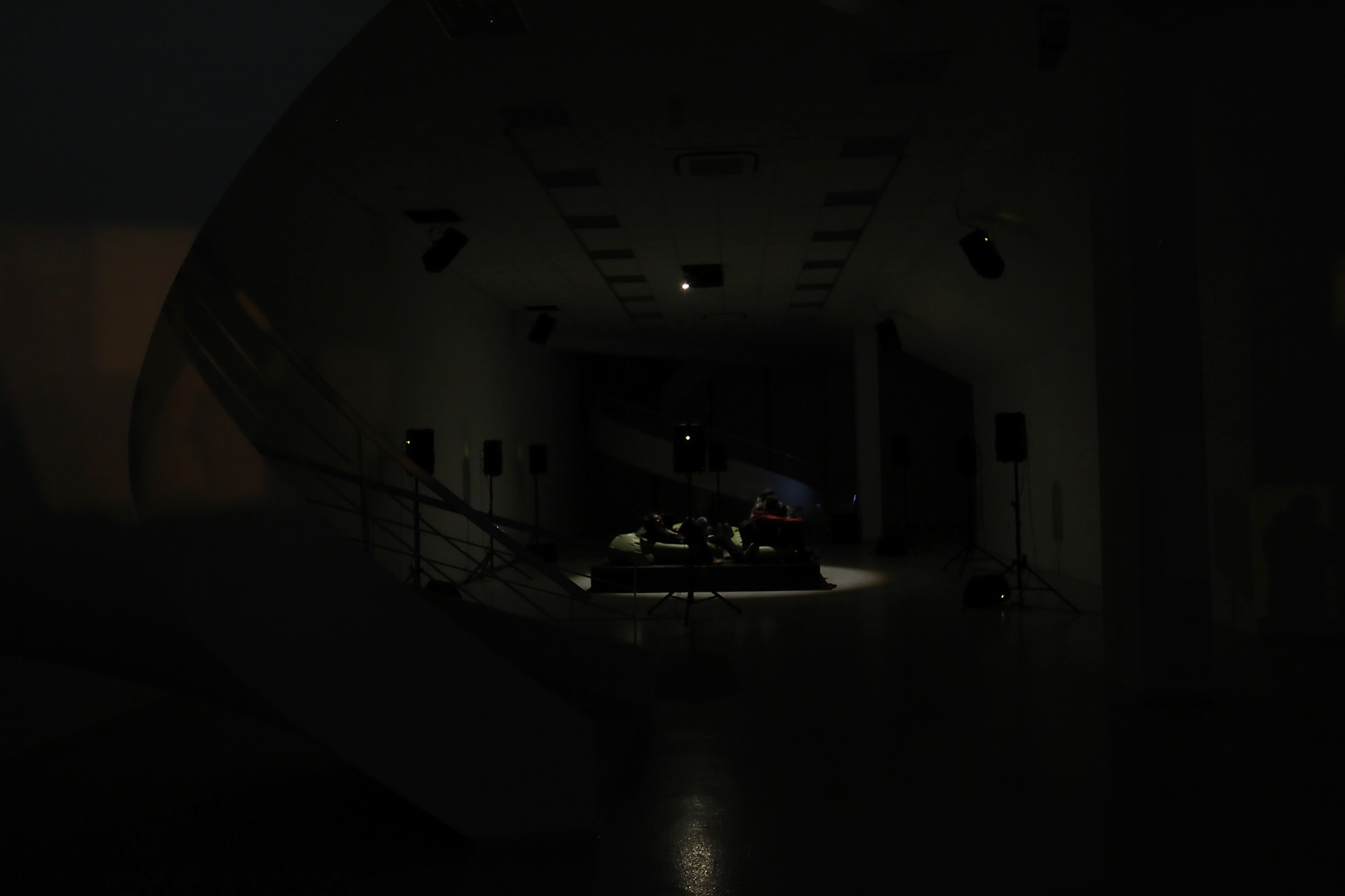 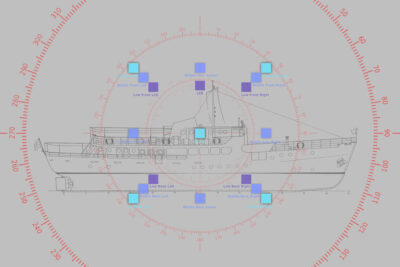 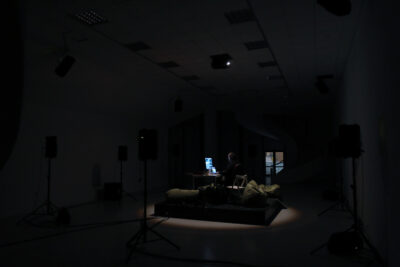 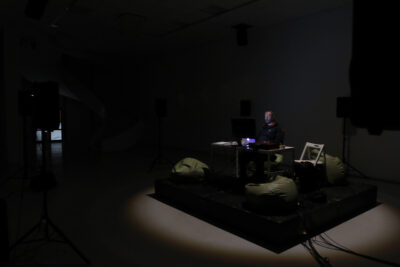 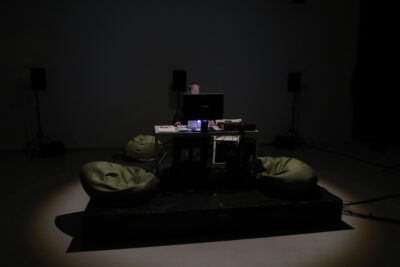 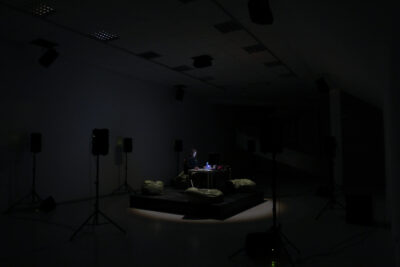 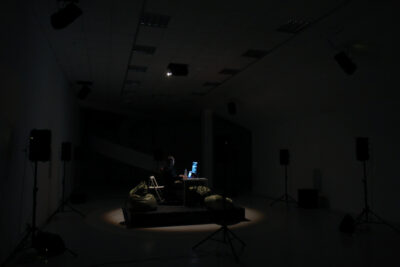 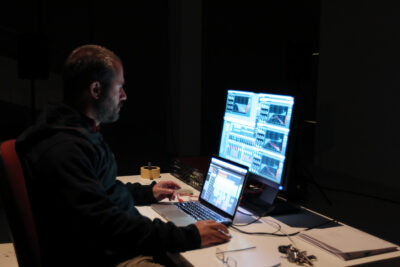 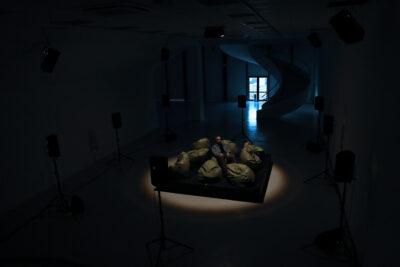 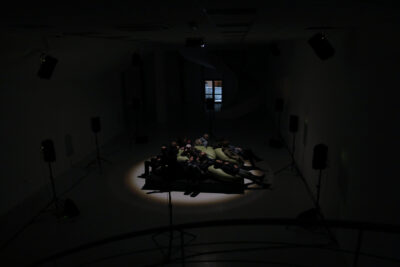 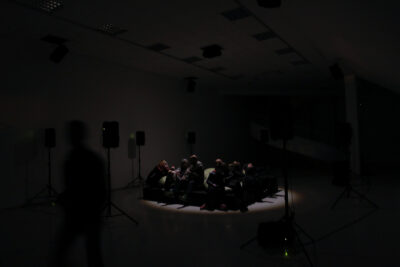 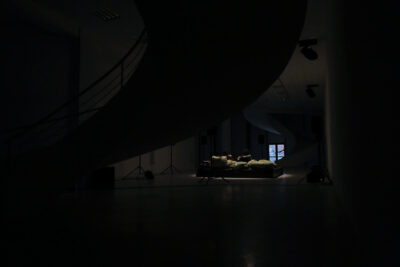 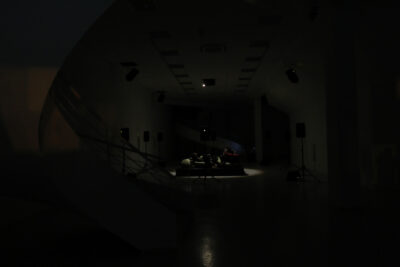 Evacuation Plan is artistic project by Toni Meštrović recorded on Jadrolinia’s classical ferry boat called Tijat. Through 18 synced sound channels, this multichannel (ambisonic 3D) 30 minute sound composition represents a sound documentation of the Tijat ferry as an acoustic object or an instrument. The Tijat ferry has been built in 1955 in Split’s shipyard called Brodograđevna industrija Split. Main characteristics of this relatively small ferry include a one-propeller engine, a large chimney in the middle, above the engine room, and an architecture that resounds with the roars of the machine, the sounds which spread from every opening, each in its own way.
All segments of the powerful sound of the engine are compacted. They reverberate through the space of the ferry and, like the sounds of an orchestra, they are received as a whole. The production process included recording of different sounds of the ferry as it was sailing, preparation of fragments of the ambisonic 3D composition in the studio, as well as in an ambisonic 3D space of a larger scale, in 17.1 channel surround. During the presentation of the artwork, the gallery space is transformed to an auditive ferry object from the sound and spatial point of view. Evacuation Plan is, so to speak, an evacuation of ferry sounds from Tijat, one of the last ferries of its kind on the Adriatic Sea, and one which is soon to sail on its very last journey.

The project is realised with the support of:
The Ministry of Culture of the Republic of Croatia
The City of Split, the Department for Culture, Art and Historic Town Center
The City of Rijeka, the City Department of Culture