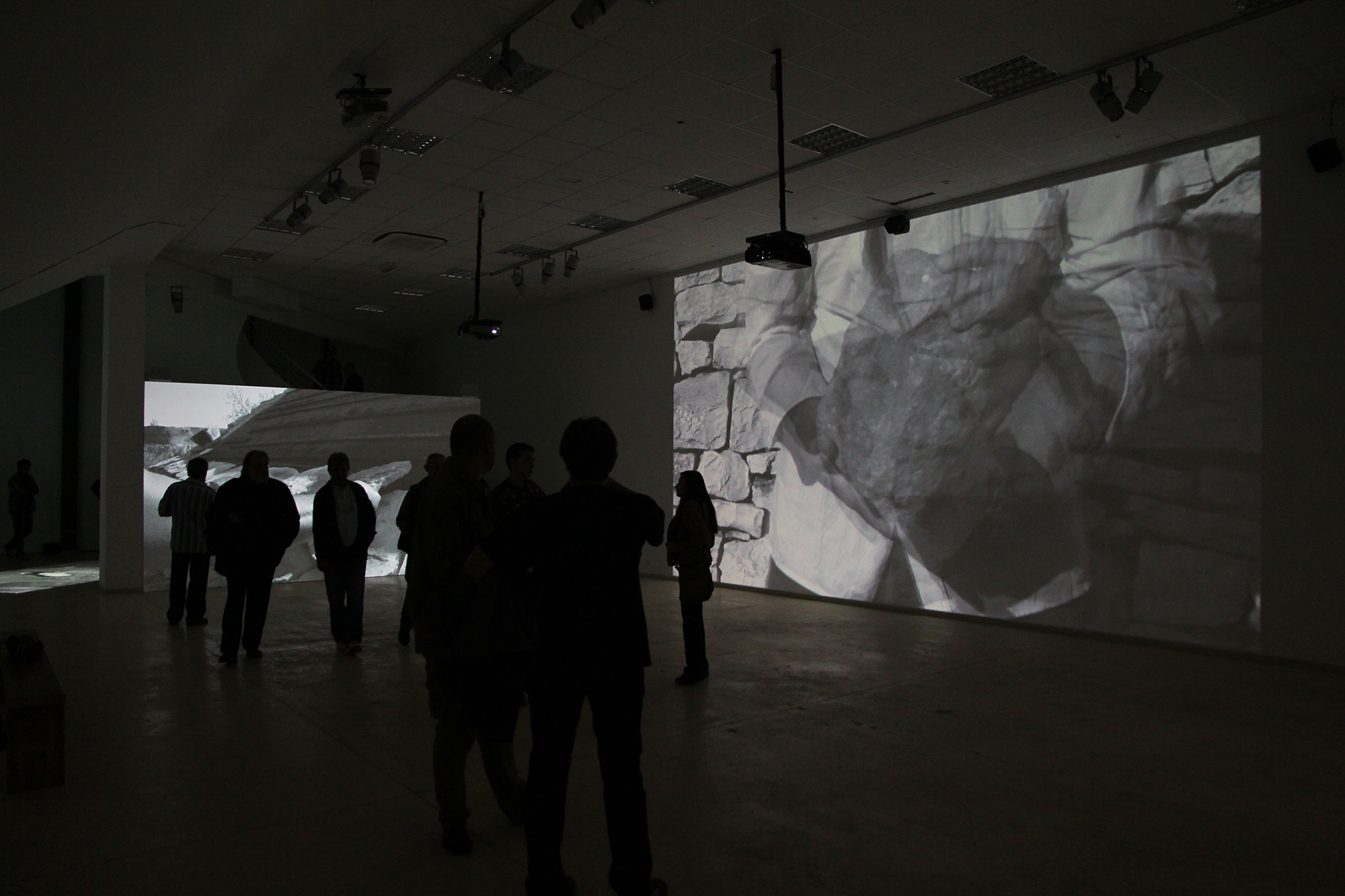 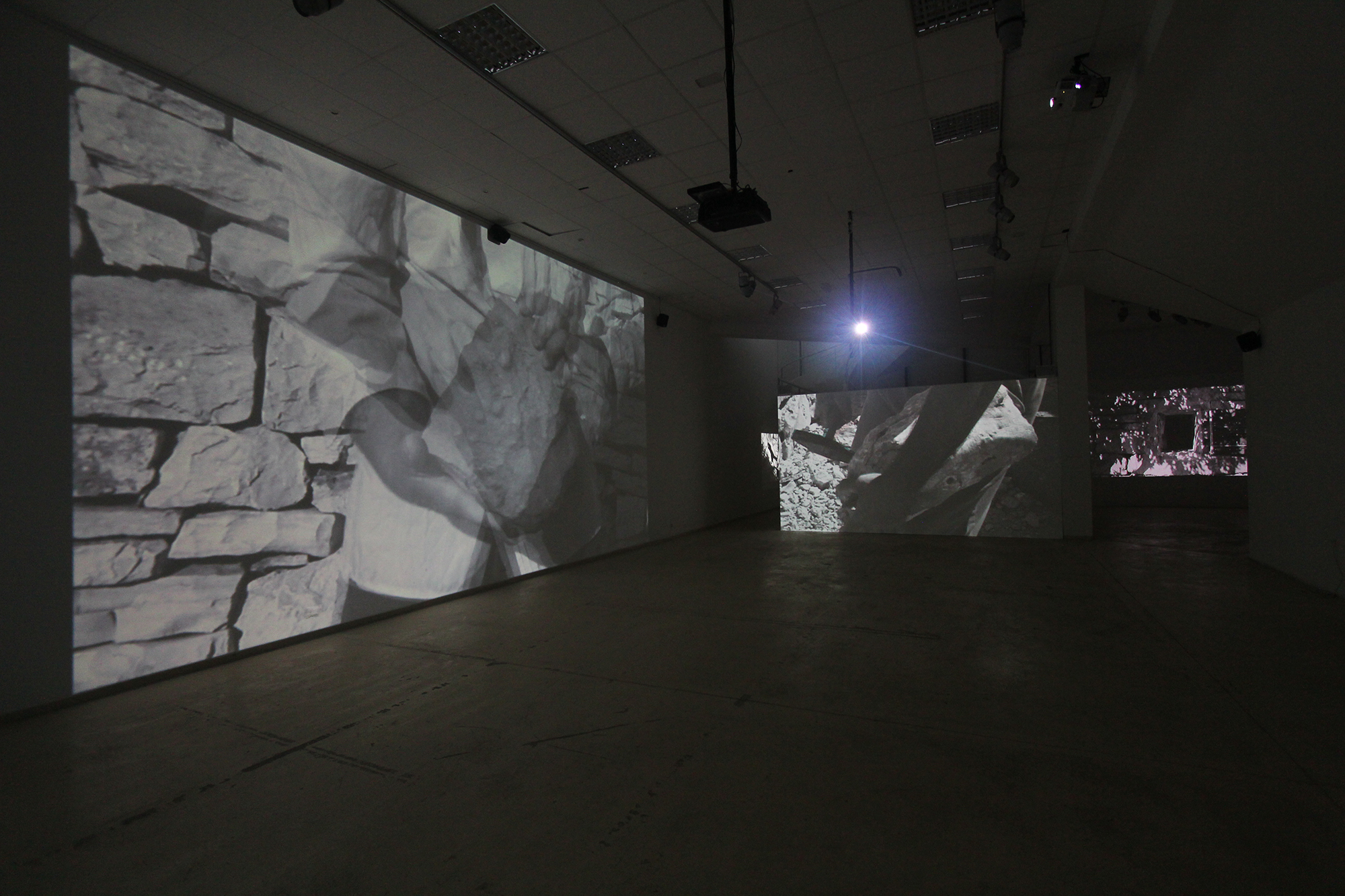 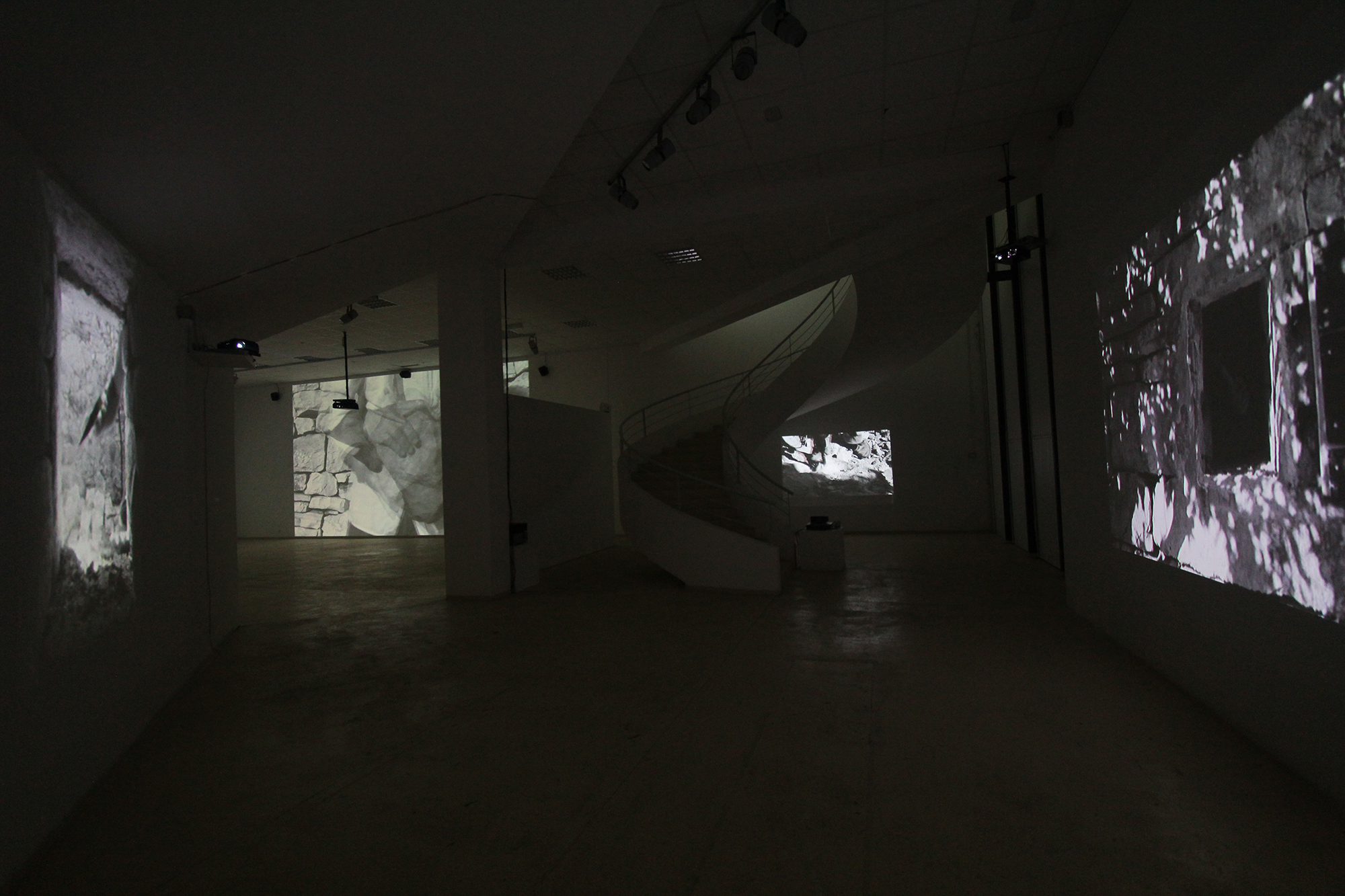 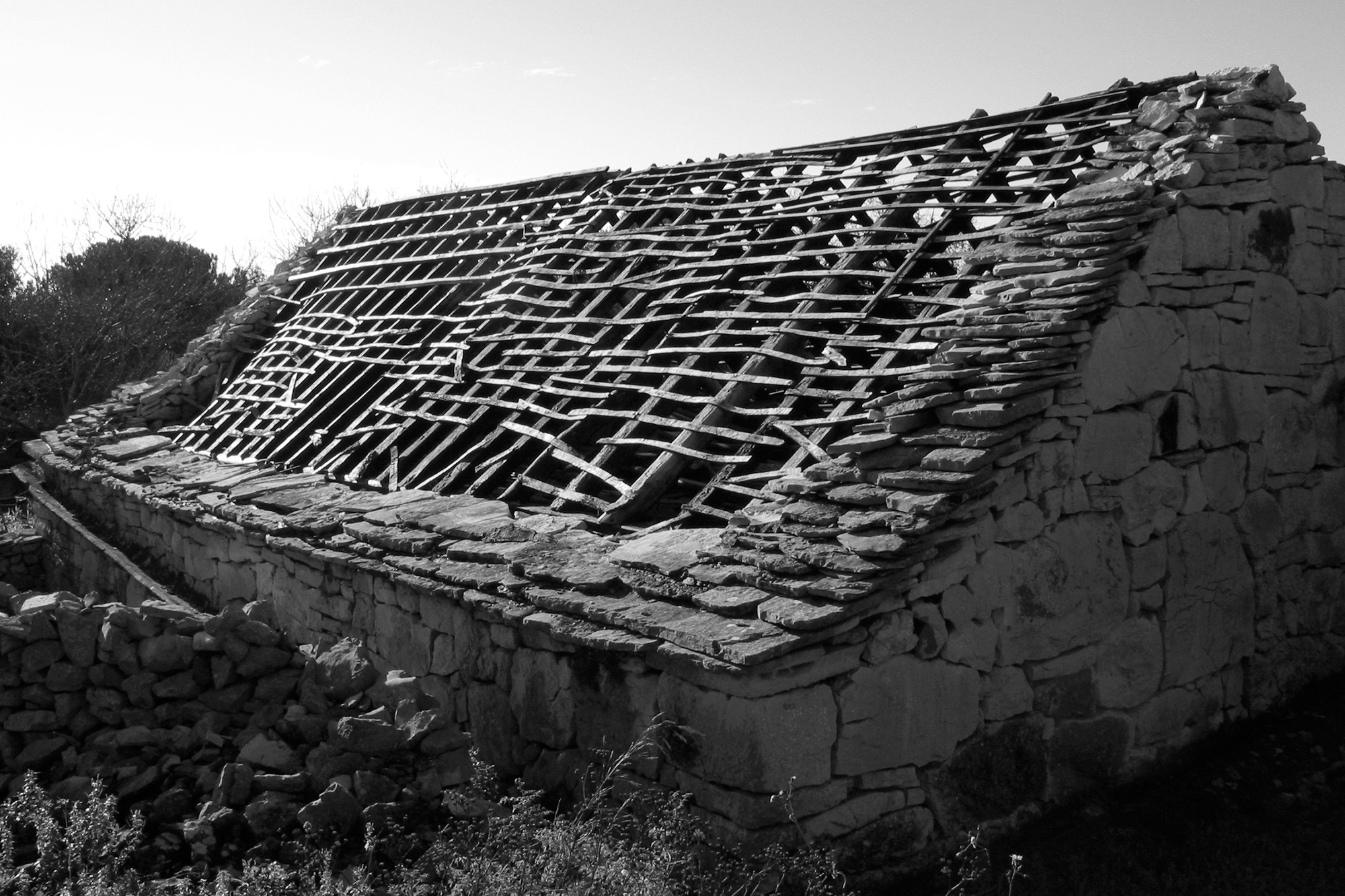 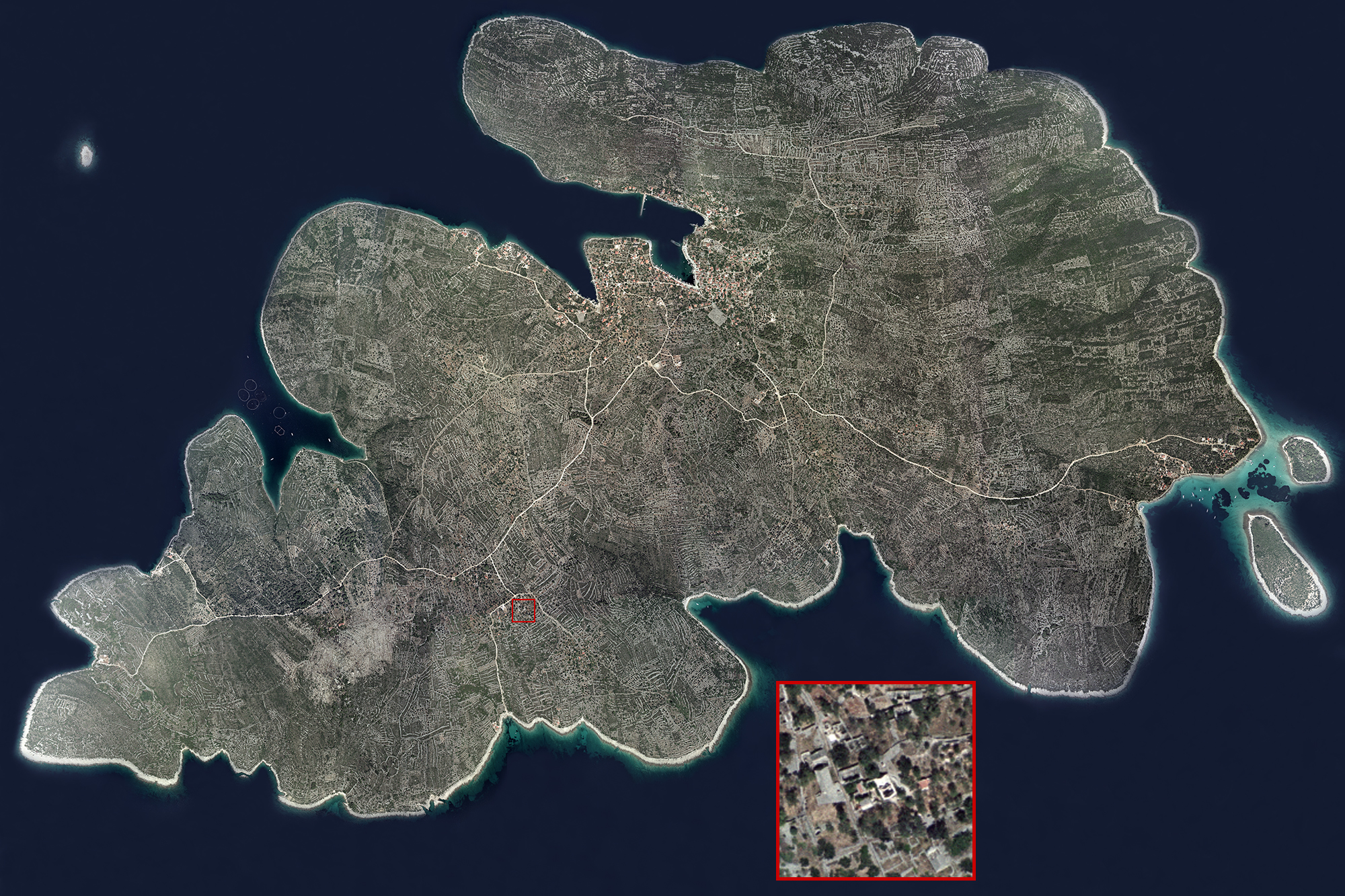 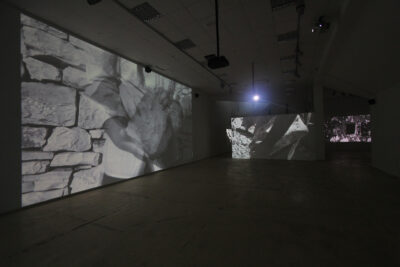 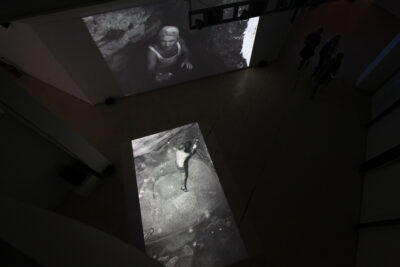 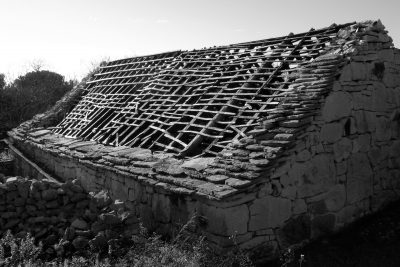 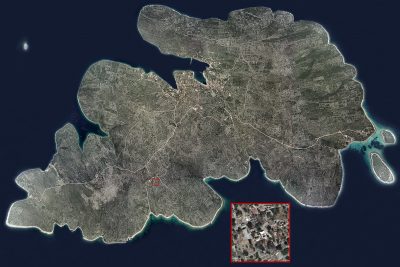 Art project “Continuum Continuus” takes the form of the video “Continuum” a step further. In the earlier video, the camera was employed as a traditional tool for the treatment of stone: as a sequence of a dry stone wall was being built, the camera prepared and cultivated the visual field. In the case of “Continuum Continuus,” materials used for the restoring of a traditional Dalmatian house will be used to create a video installation that documents the organic growth of a human dwelling place in nature.
Thanks to a specific recording procedure the tape/digital medium absorbs the characteristics of the environment. In the same way that stone is changed through human activity. A series of traditional tools and their application – the way they are employed by hand – partly document the process of house building. The rhythmical exchange of the sounds of stone cutting and carving with the sounds of traditional tools and the noises from the environment (village of Kačina on the island of Veli Drvenik), along with the visual representation of the arms and body of a middle-aged man who is restoring the building, tell the tale of the patriarchal tradition on the island. But it is just a reserved, monochromatic and elegiac variant, told through the fatherly figure that is working on the old family home.
The whole project started with the repair of a segment of dry stone wall. The process from real life was simply transferred to the tape. In this case, as the restoring work on a modest house on the island is being systematically documented, I come by a significant amount of video material that will be used in a future multi-channel installation. The adaptability of the installation, and the possibility to edit several different modules as segments of a village house or as separate and emphasised visual and auditive sensations, result from the systematic nature of recordings. Finally, it is in keeping with the title itself: the continuous recording is the basis for the self-restoring flow of visual and auditive data in time.

project was supported by:
Ministry of Culture of the Republic of Croatia
City of Split
Lila t.o. Zagreb