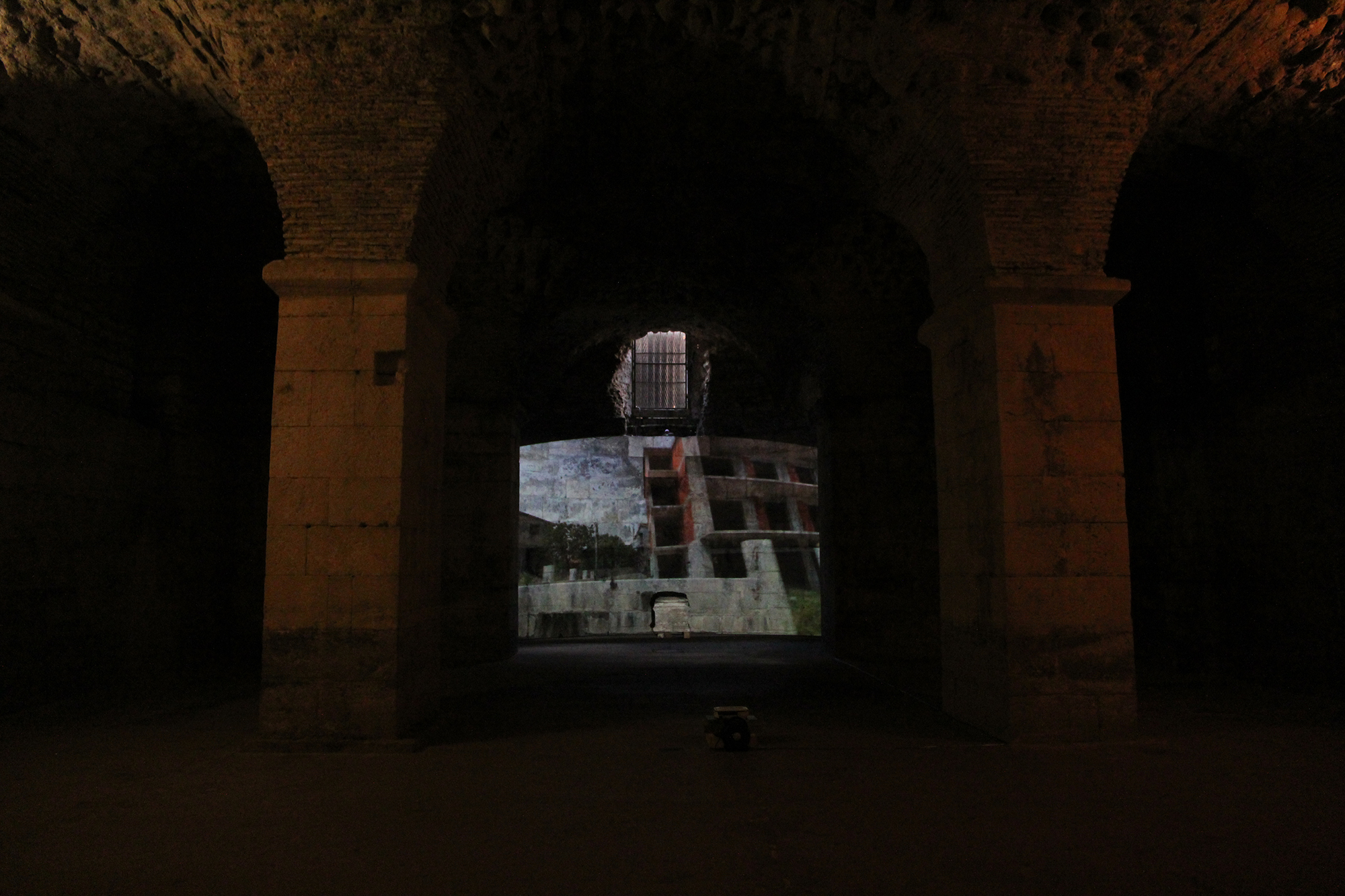 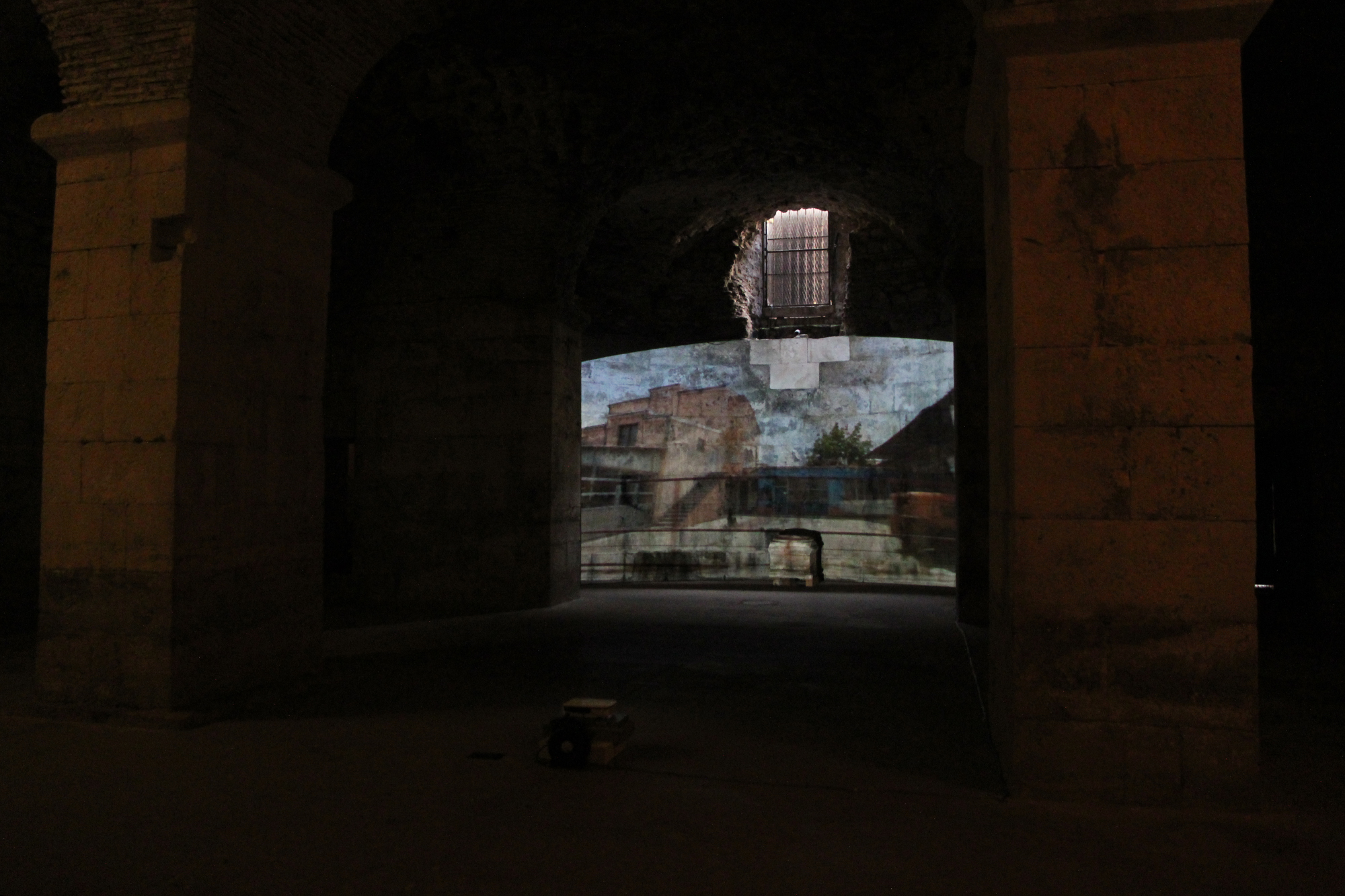 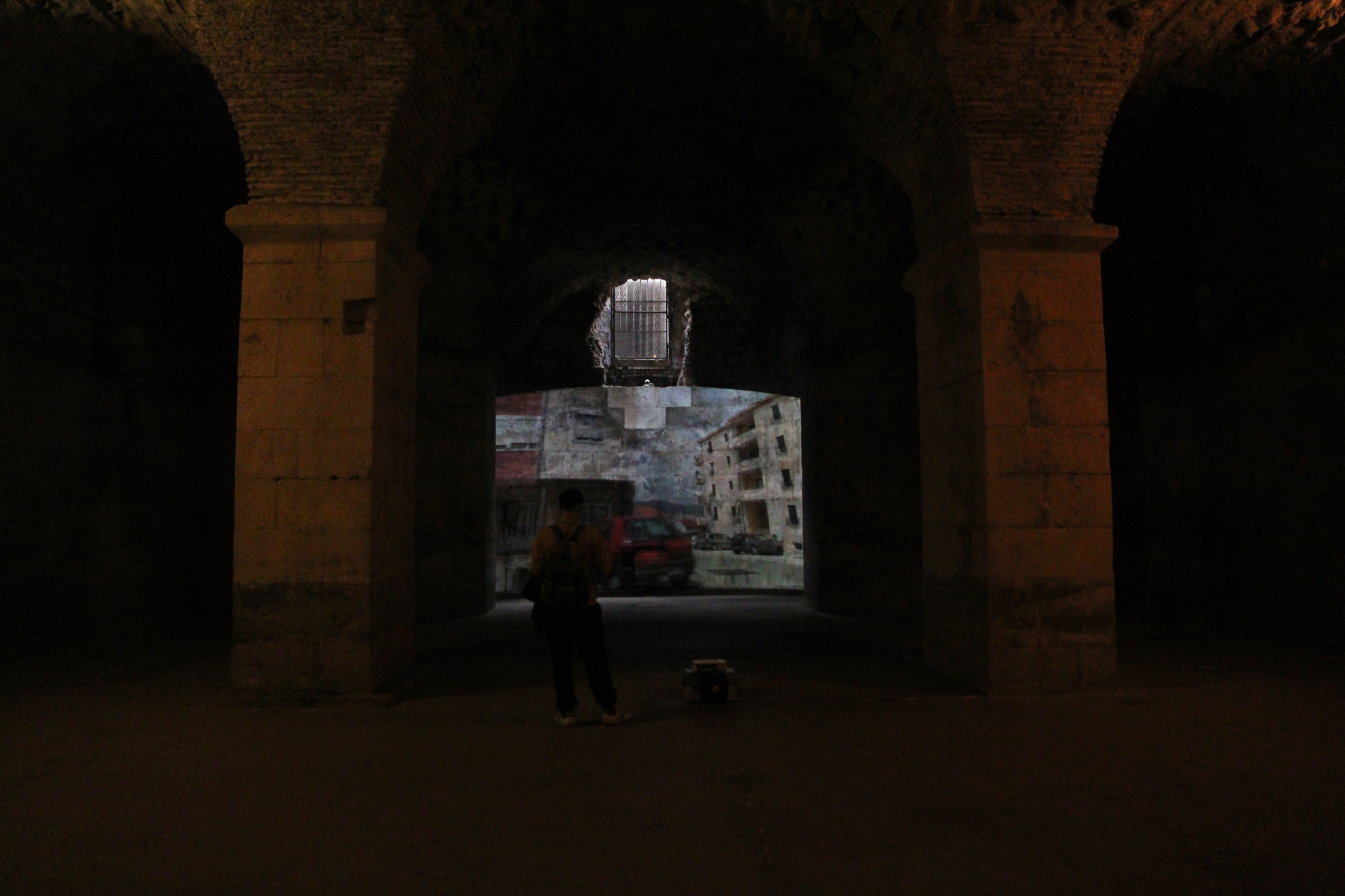 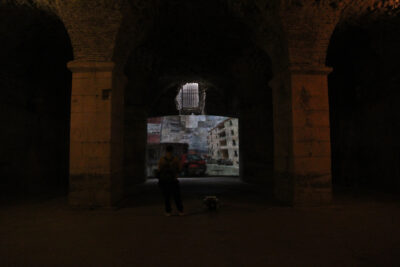 Welcome to Dalmatia – Mediterranean as it once was

The panoramic video view of the devastated landscape nearby the city of Split is projected onto the “raw” wall surface of the subterranean basement under the antique Palace of Diocletian in the center of Split. The superposition of the projected image on the actual site is meant to raise a critical question about the Croatian tourism campaign slogan “Mediterranean as it once was”. This video installation directly juxtaposes two radically different cultural faces of the Dalmatian coastal area commenting a problem-posing fact about the architectural and the cultural heritage.
Provoked by the urbicide and the ongoing deformation of Dalmatian landscape, I produced a video which, unlike my other works, speaks directly about the problems of identity changes of the Croatian Mediterranean.
In constant rush for capital, no government has deliberately dealt with the systematic devastation of the coastal areas, which have been irreversibly altered by the pressure of tourism and urbanization.