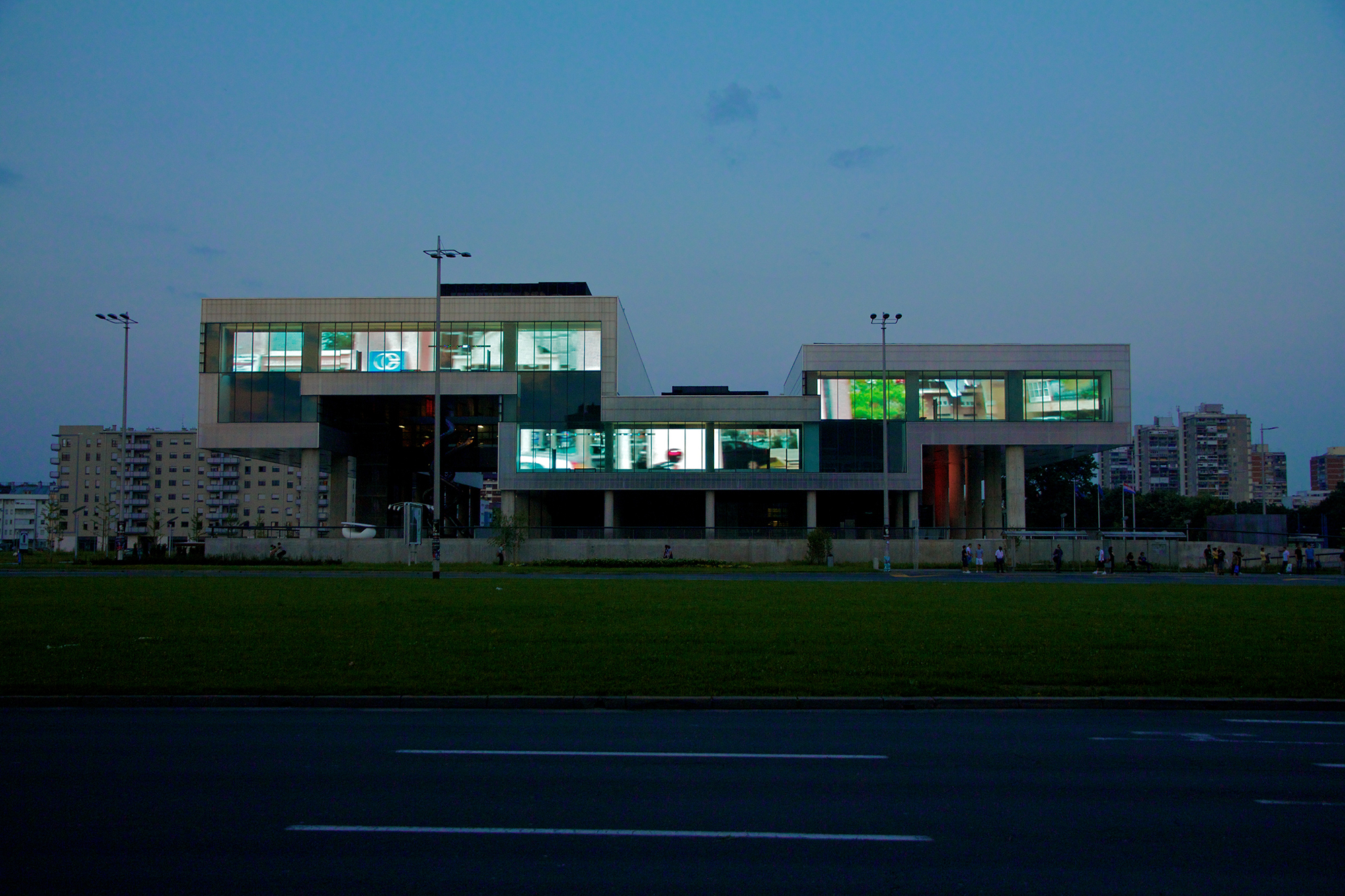 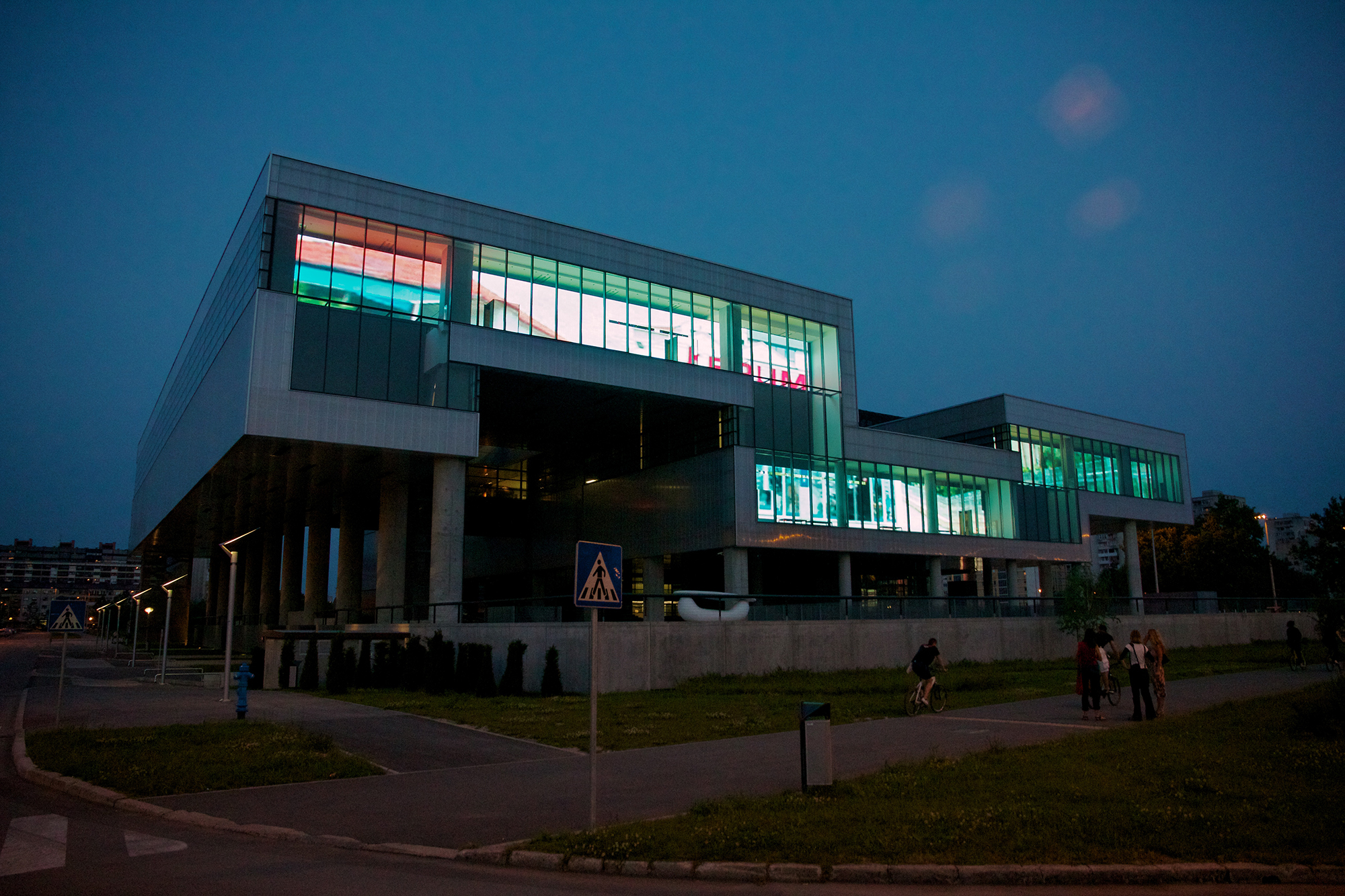 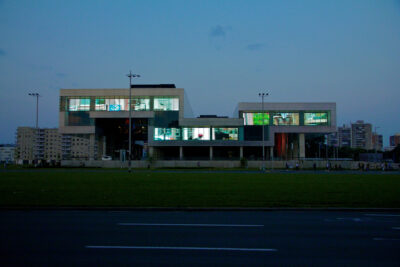 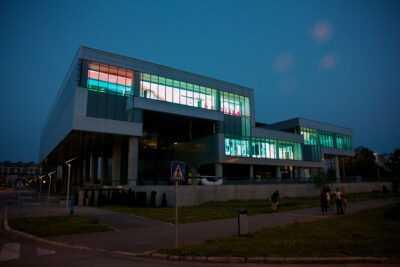 Welcome to Dalmatia – Mediterranean as it once was

Provoked by the urbicide and the ongoing deformation of Dalmatian landscape, I produced a video for the media facade of the Contemporary Art Museum in Zagreb, which, unlike my other works, speaks directly about the problems of identity changes of the Croatian Mediterranean.
In constant rush for capital, no government has deliberately dealt with the systematic devastation of the coastal areas, which have been irreversibly altered by the pressure of tourism and urbanisation.
The Contemporary Art Museum media facade in its form resembles the advertisement wall, and as a site for this video piece, it represents an anti-advertisement that pushes to the forefront a critical question about the Croatian tourism campaign slogan “The Mediterranean as it once was”.
The panoramic video view of the devastated areas is screened across three LED screens (windows) and is in the direct communication with the drivers’ views through their windshields, passing by the museum’s facade.
It is the view of the place in transition for the viewer in transit.