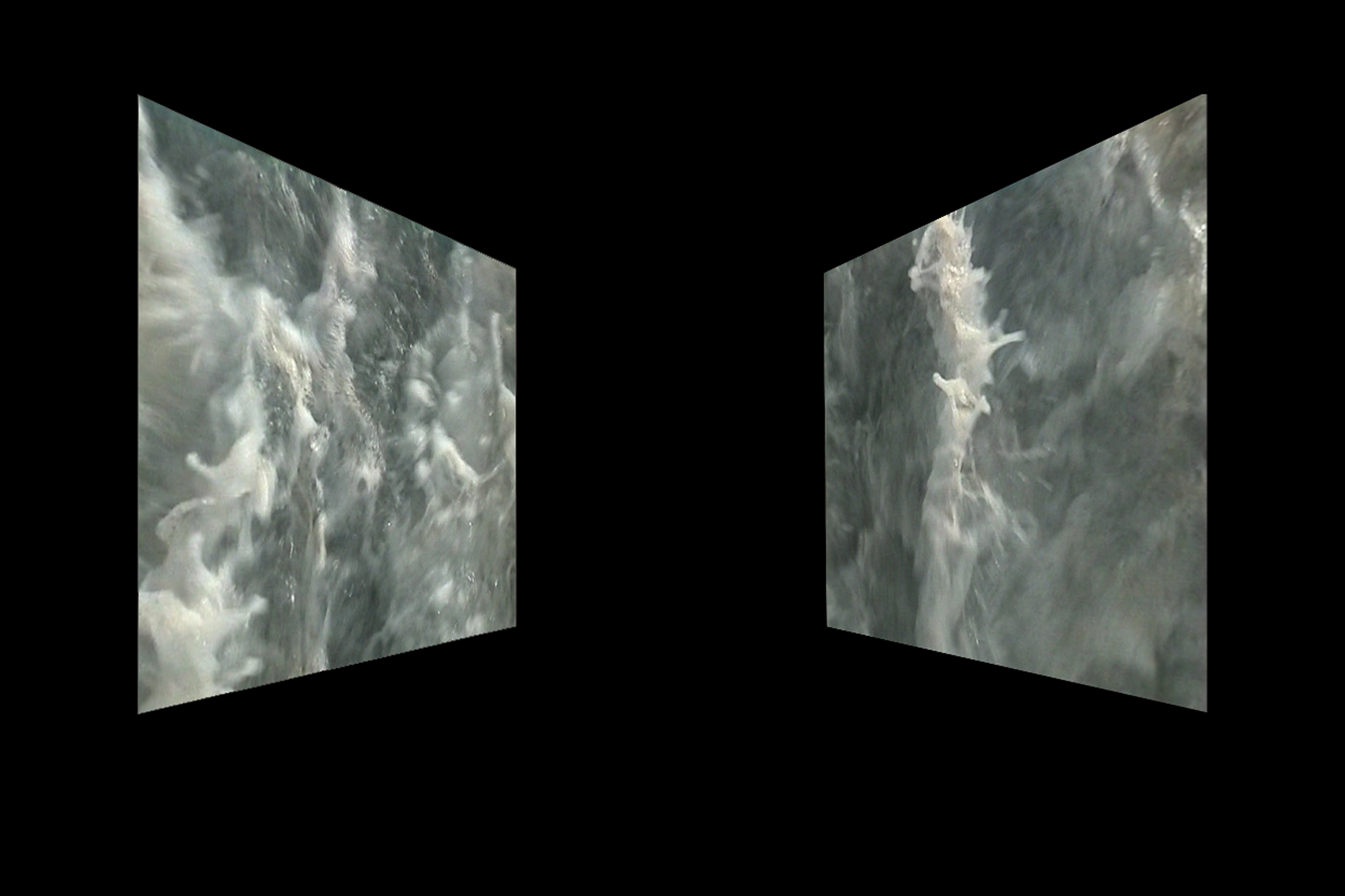 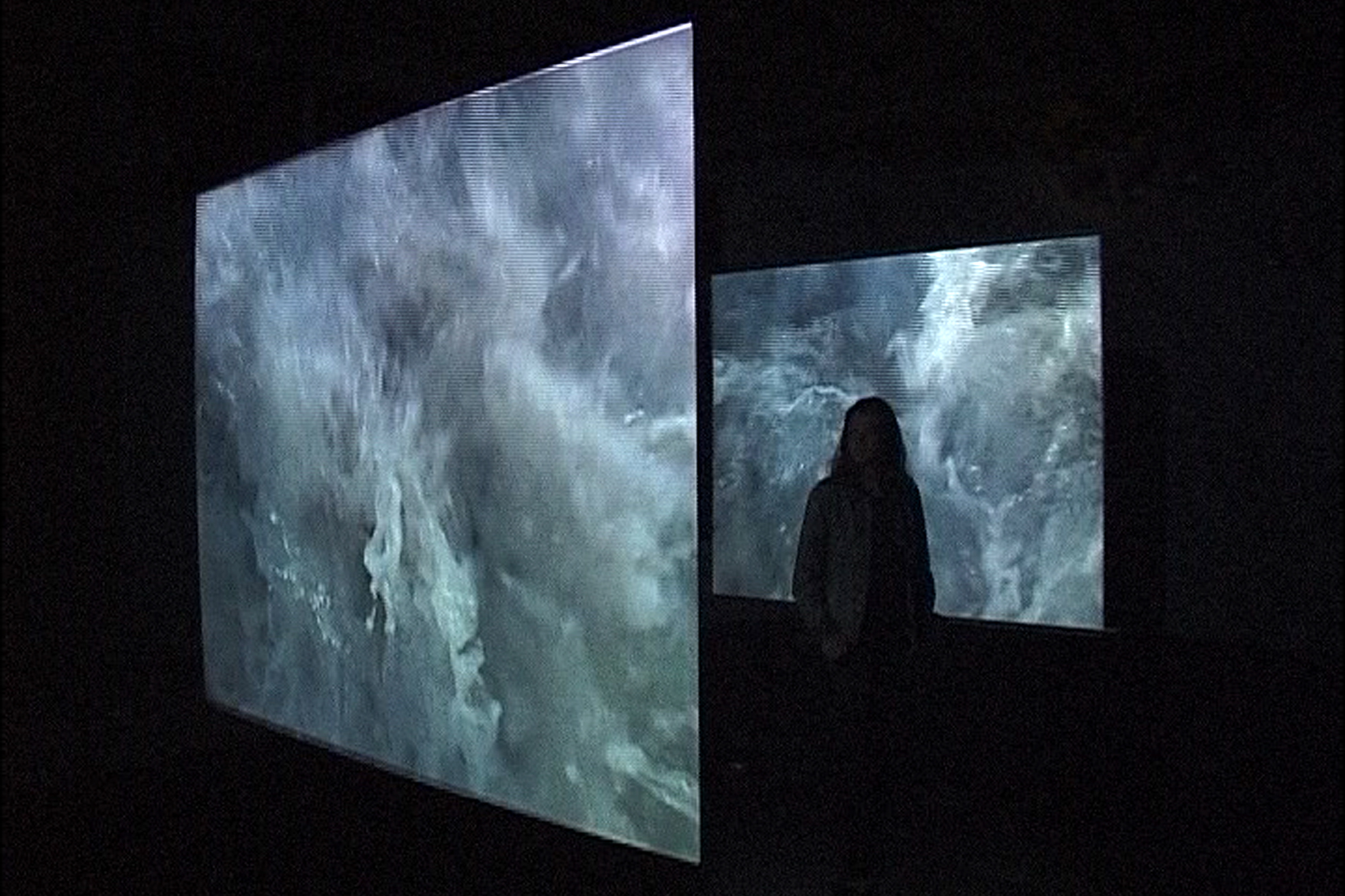 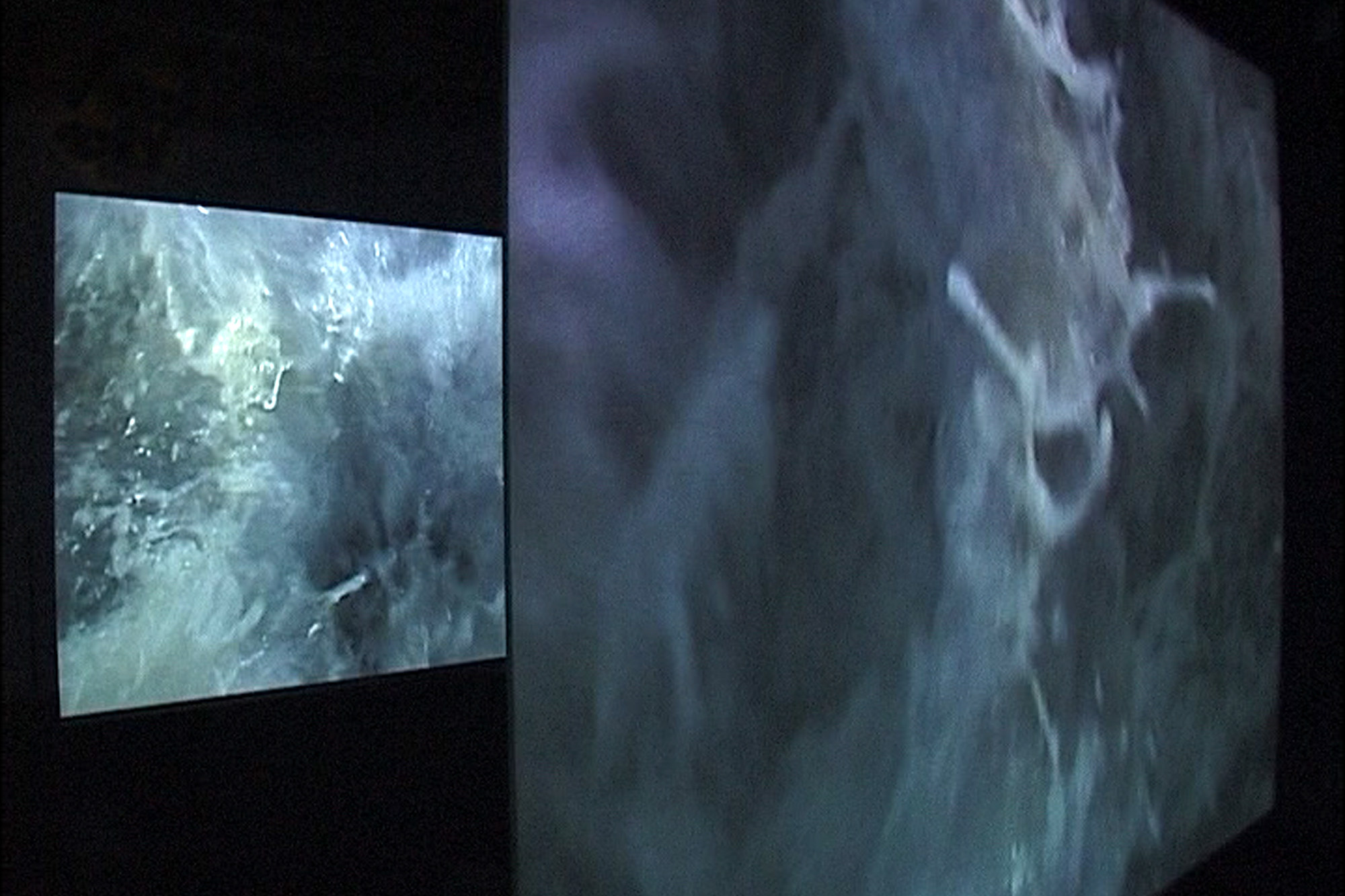 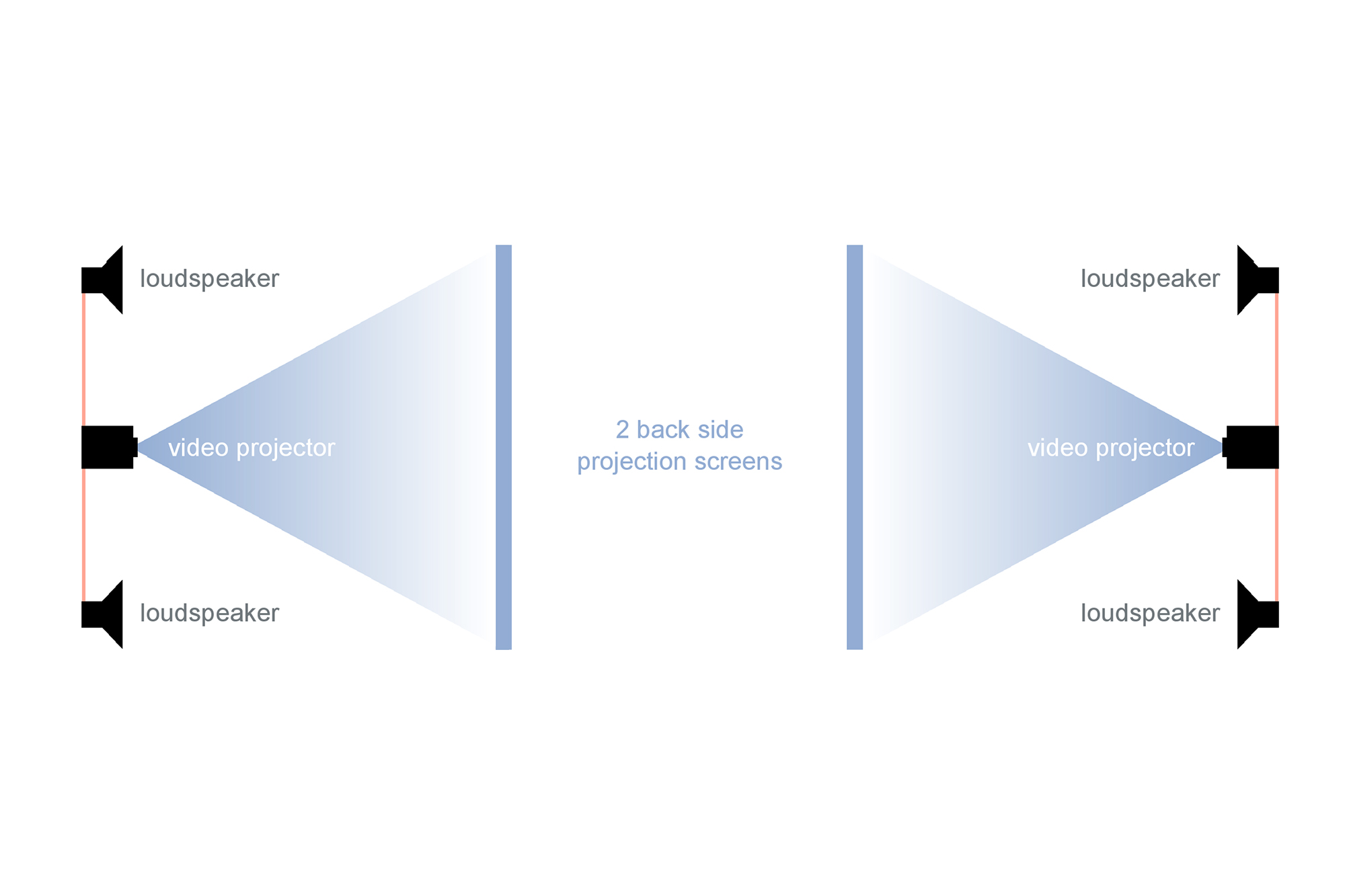 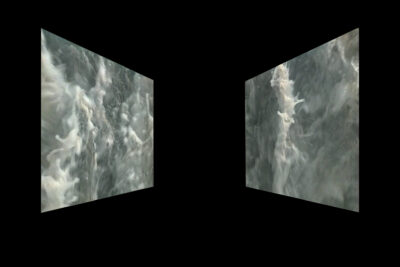 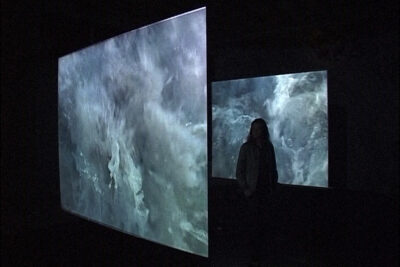 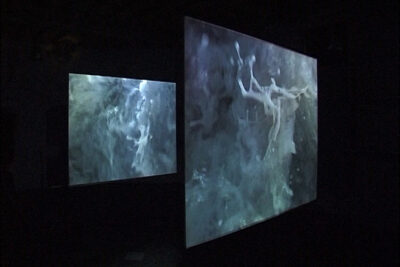 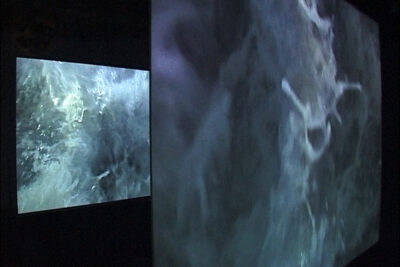 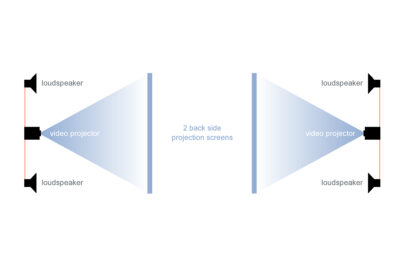 Video is projected on two screens that are placed opposite each other. The video depicts an audio-visual image of sea water in dynamic movement. The video on one screen is played in forward motion while the other plays in backward motion. The two sources of video alternate position every 20 seconds. The sound always accompanies the image that is played forwards, resulting in a circulation of sound within the installation.
The projection of the same image played forwards and backwards, creates in the viewer a subtle sensation of a vacuum in the space between the screens. The installation intends to explore the impressions and feelings of the viewer standing in the space between two projections.