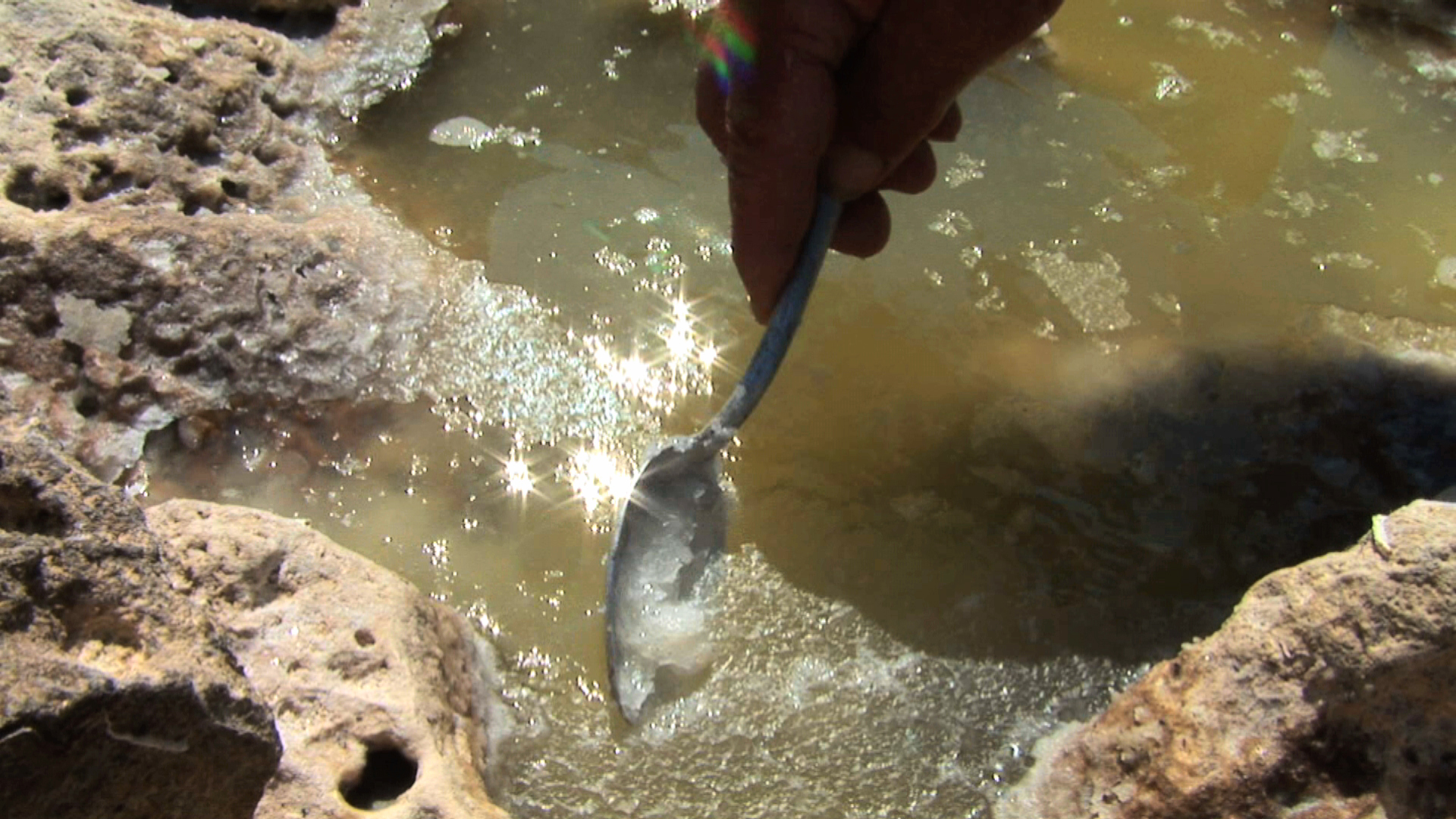 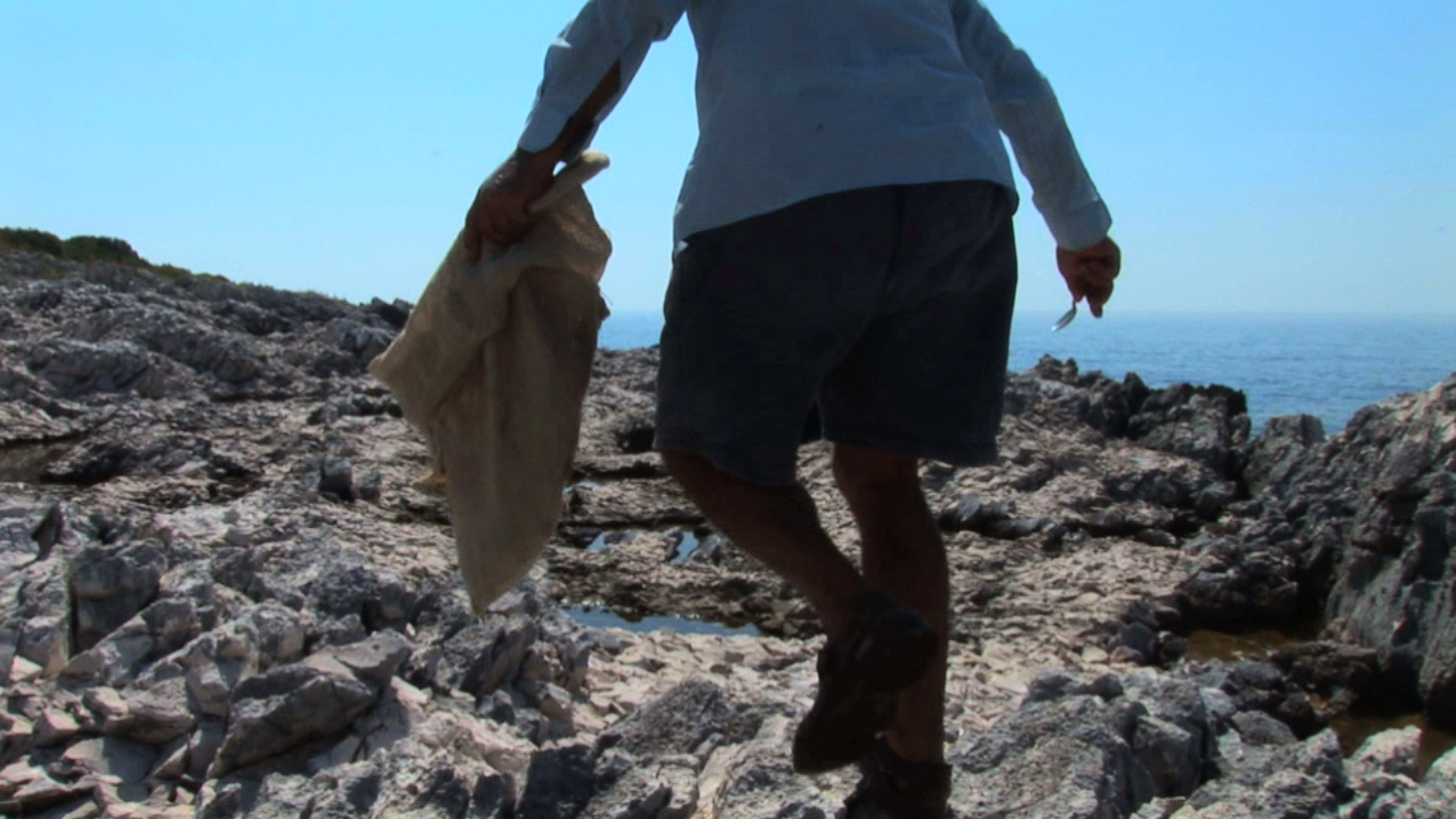 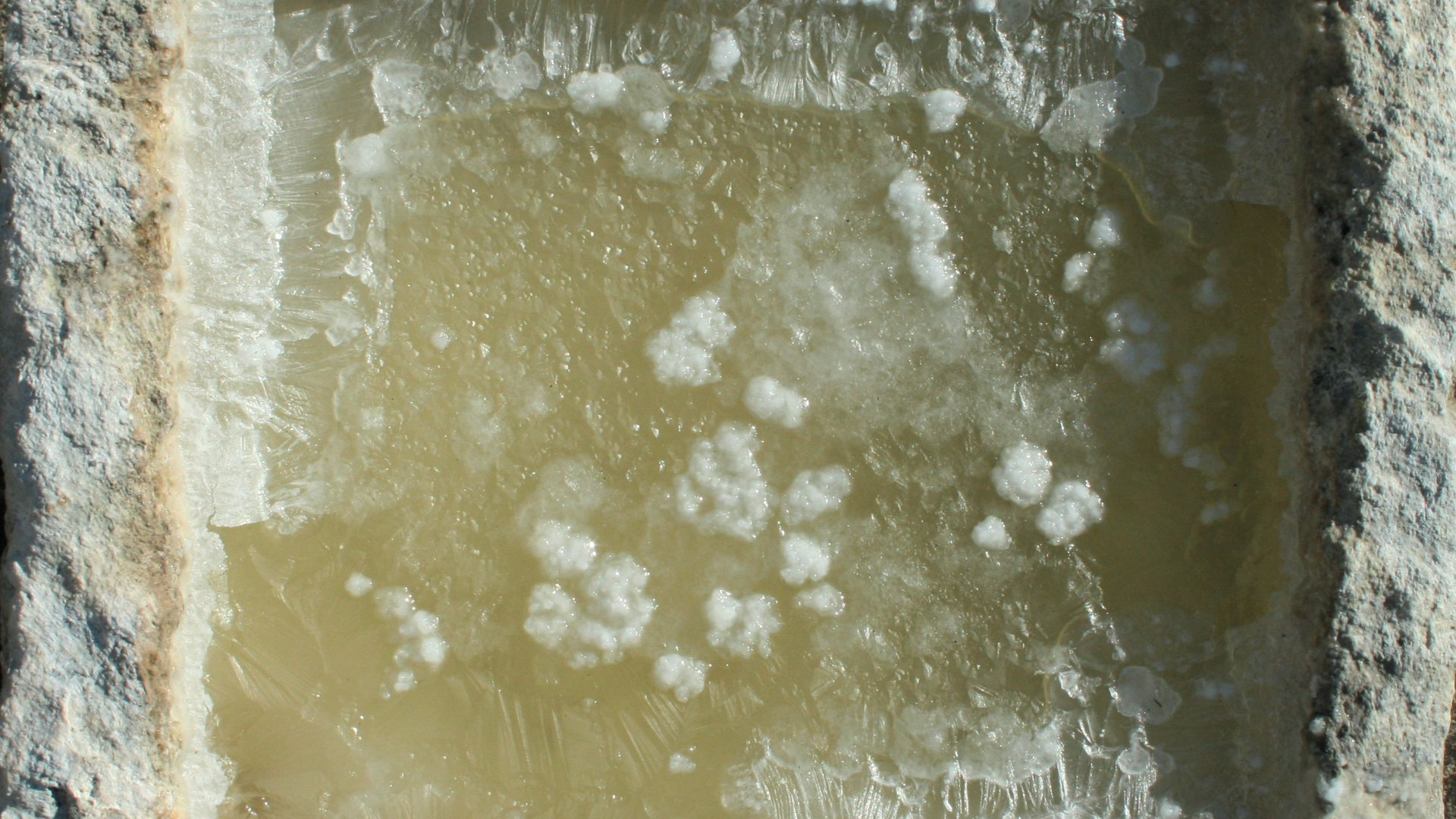 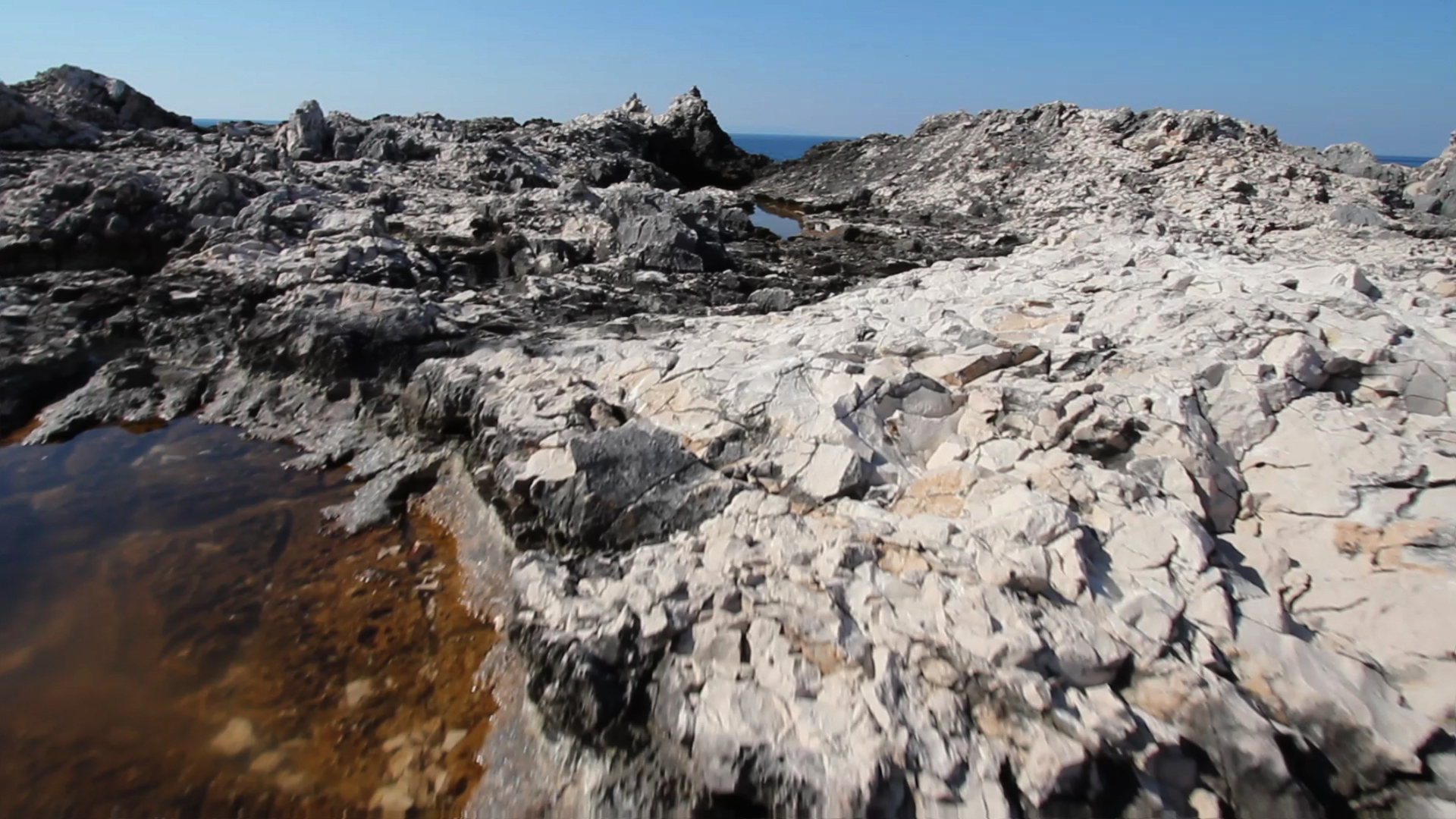 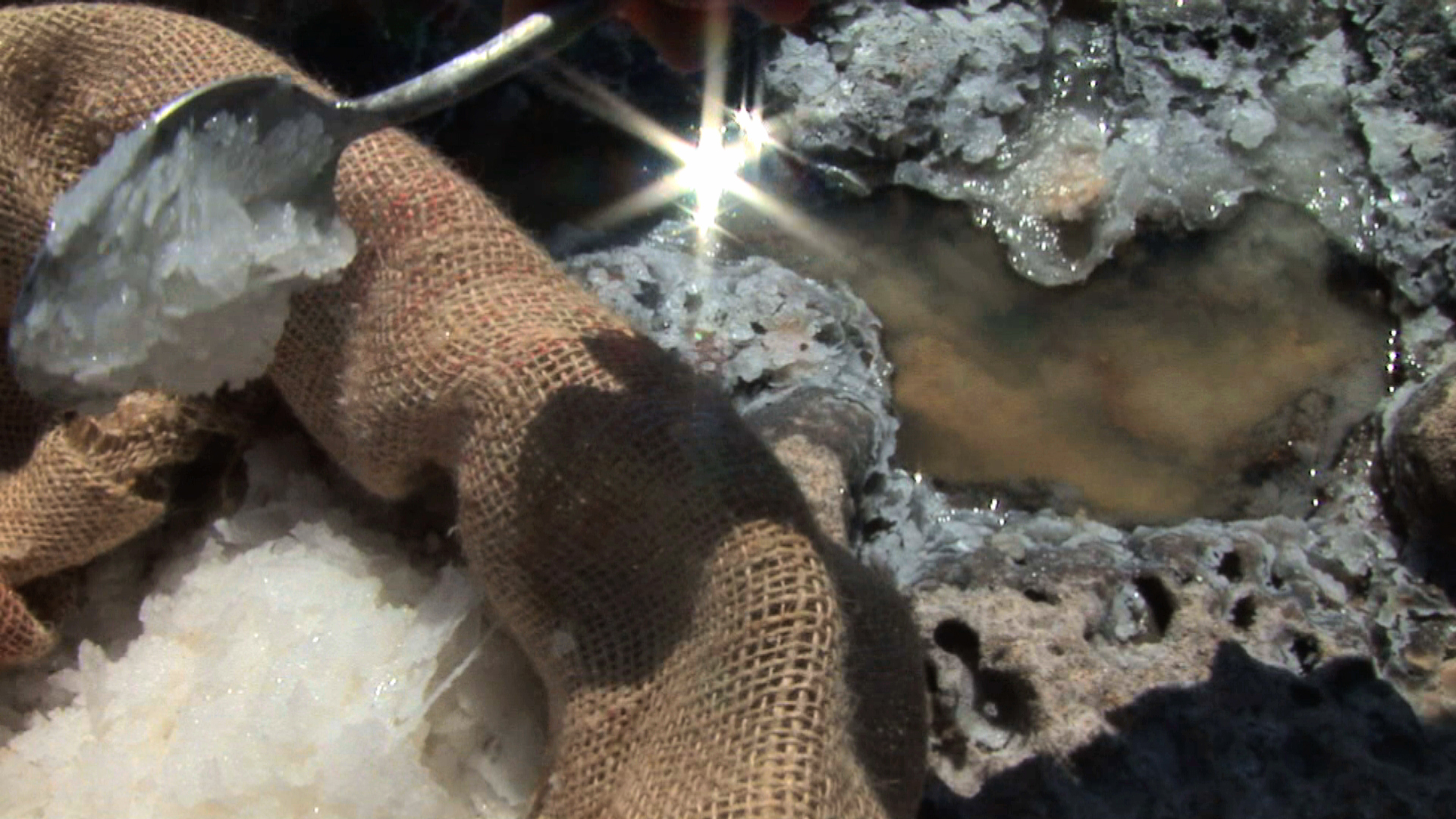 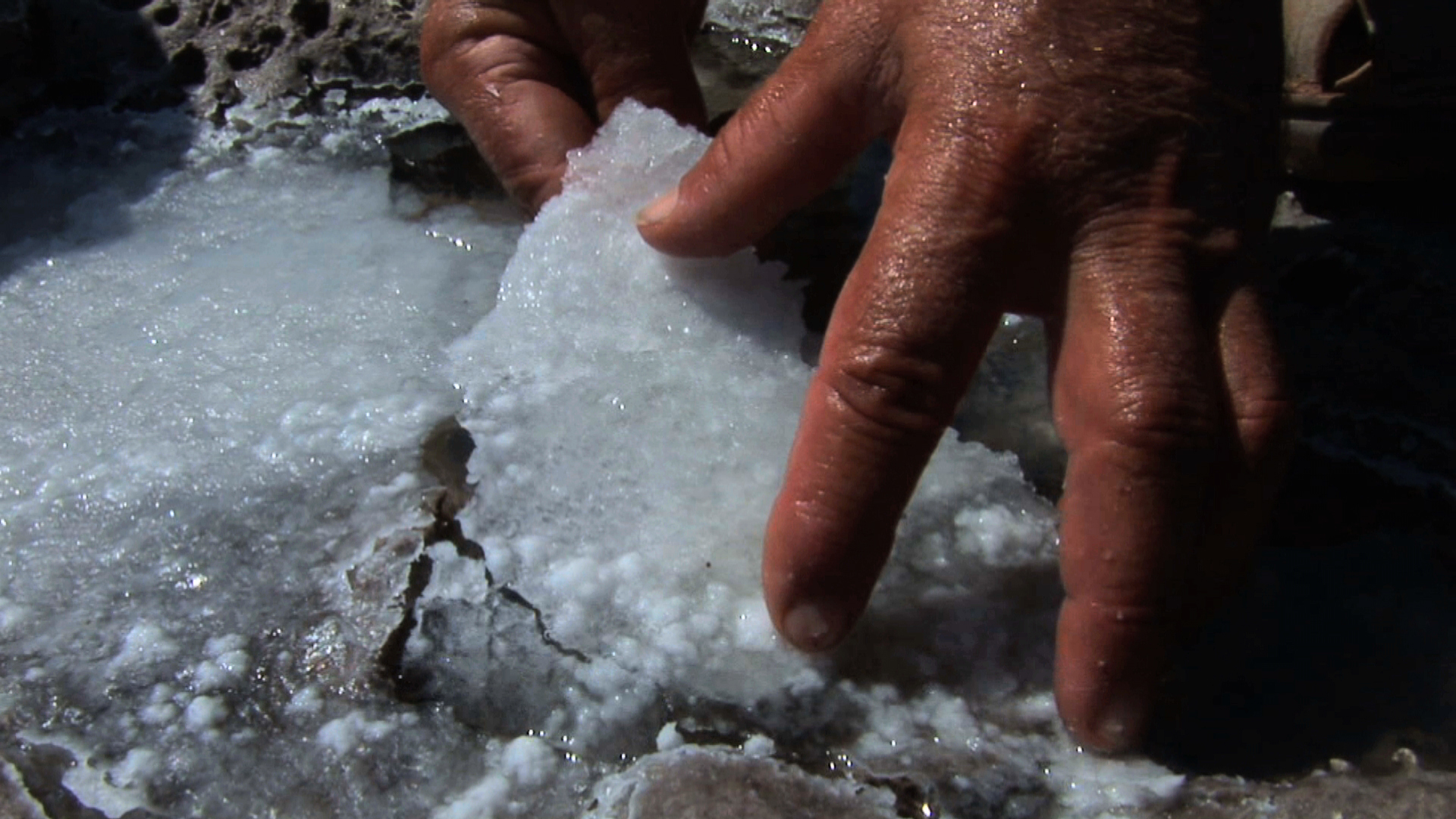 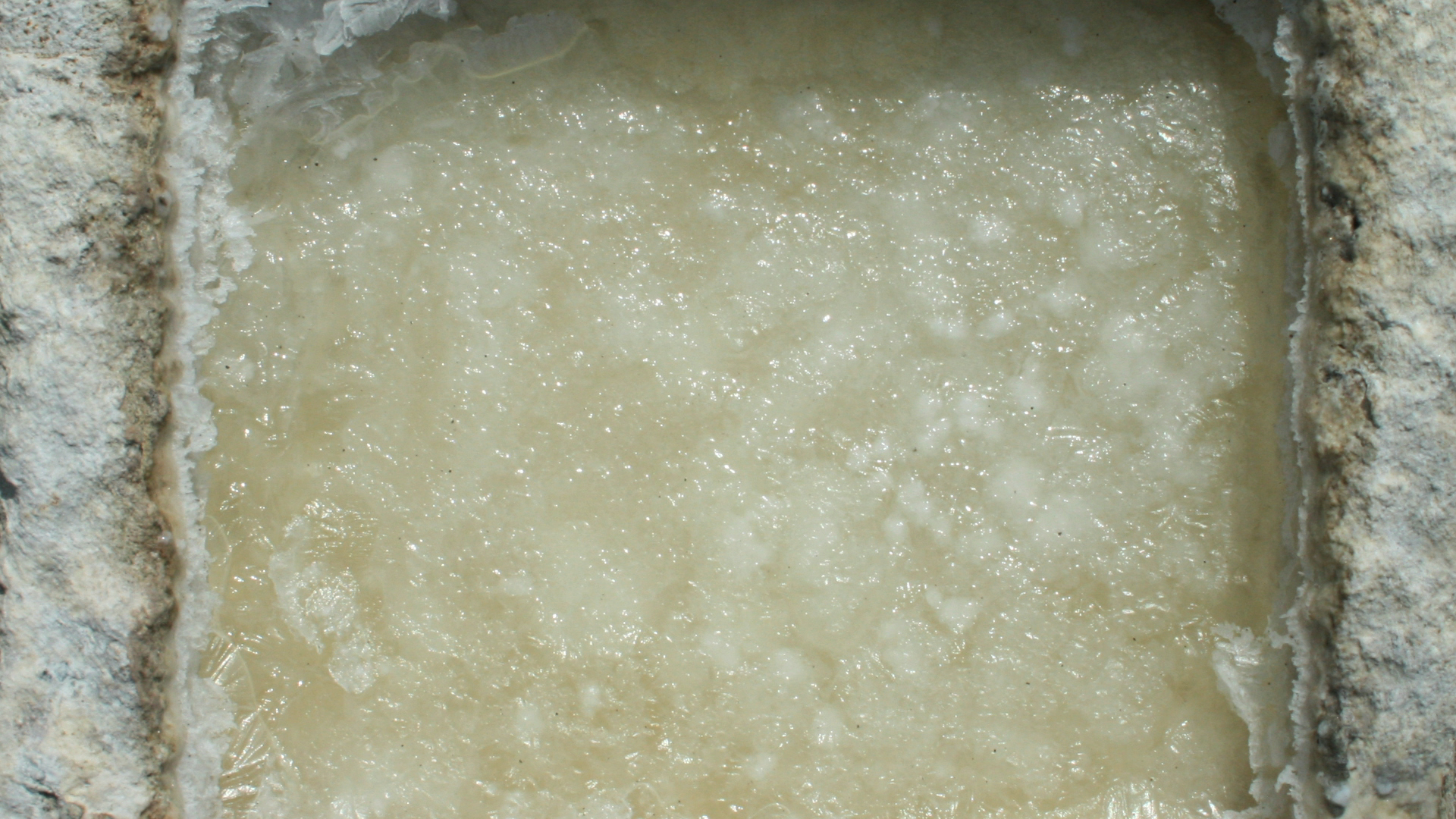 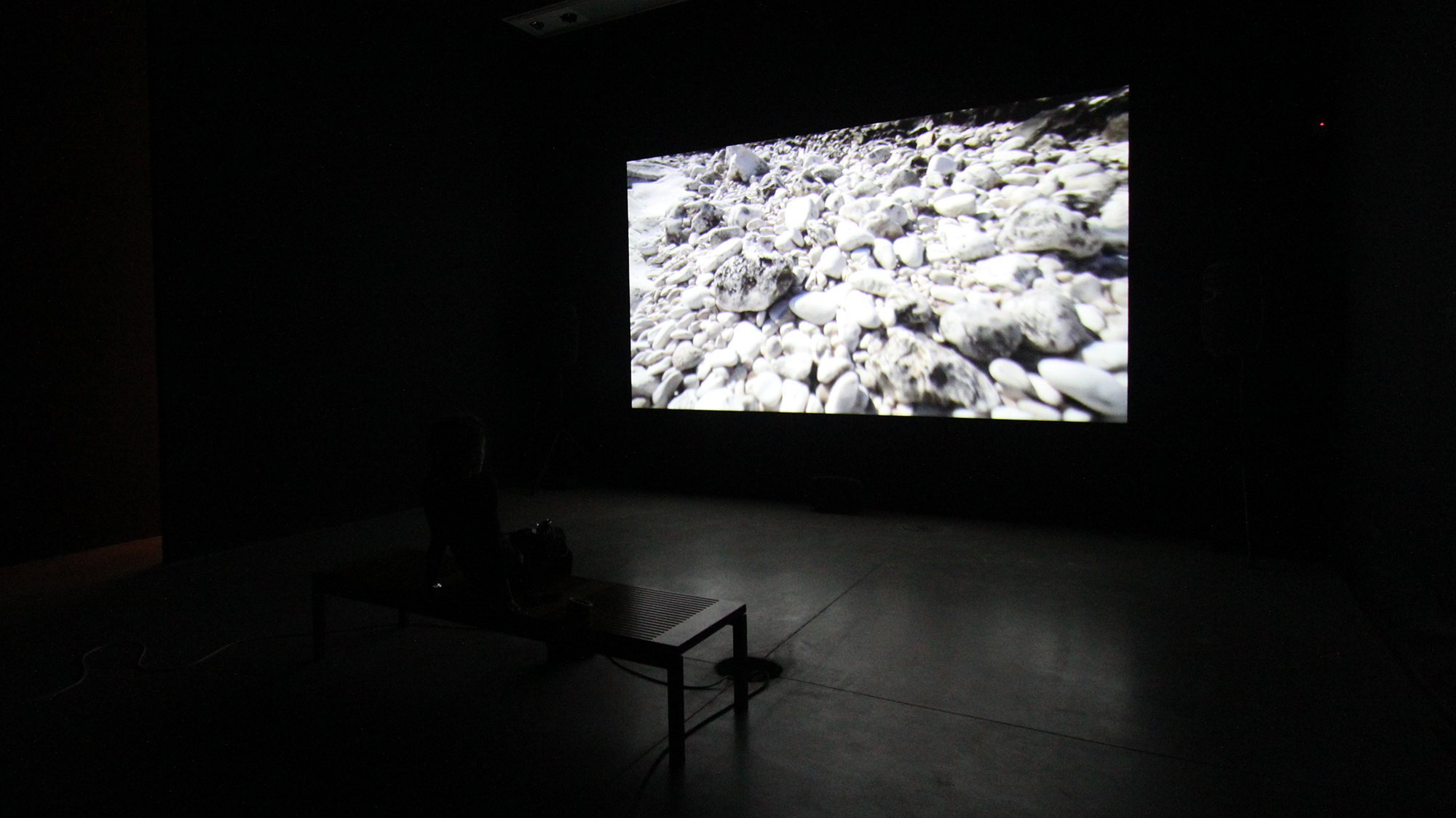 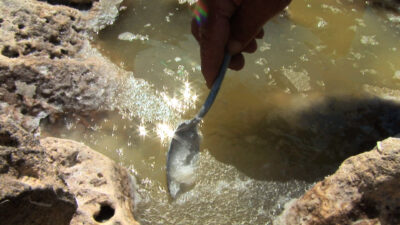 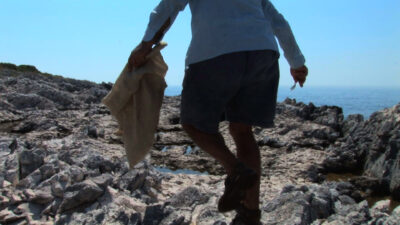 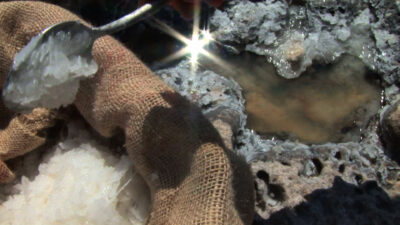 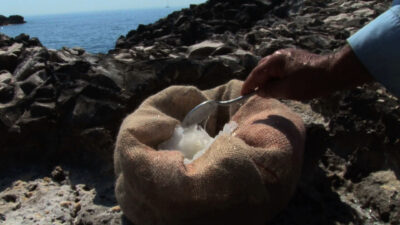 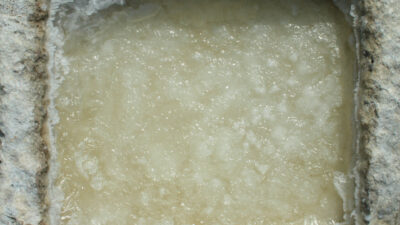 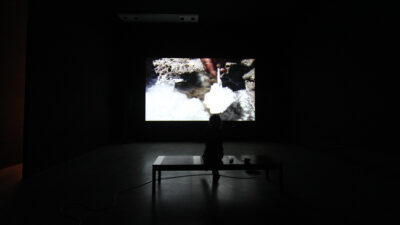 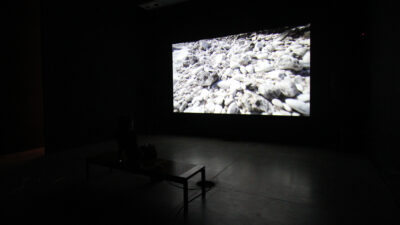 The audio/video installation “Sol” (Salt) is based on just a couple of generations’ older stories in Dalmatia about poverty and need-driven collecting of sea salt on the rocky shores of Eastern Adriatic islands. The Dubrovnik and the Venetian republics, which in the past dominated the Eastern Adriatic completely controlled the production of salt and the salt market, declaring any salt collecting illegal, even for the domicile population and fishermen.
Salt is indispensable for human life and has been mythicised in all civilisations. Salt conserves and embalms, it stops the decay of dead organisms. It is crucial for food conservation: the Mediterranean populations own their demographic expansion to such preparation of food. In some European languages salt is etymologically connected to the sun, as the fundamental element of life. All organic life on Earth arouse from the salty seas. The sun (in Spanish sol) evaporates the seawater and generates salt on the rocky shores, providing the inhabitants of the seacoasts with this indispensable ingredient.
The installation is consisted of a looped video that was filmed on an uninhabited Dalmatian island Orud, south of Veli Drvenik, where the Drvenik population collected salt for generations, and a multichannel (5.1) sound composition. The video shows rhythmic sequences of a man collecting salt from the rocky island shore with a spoon. The sounds of water, the metal spoon against stone, the cracking of salt and the man’s pace on rocky terrain are composed together with sounds of quiet solarization of the sea water.