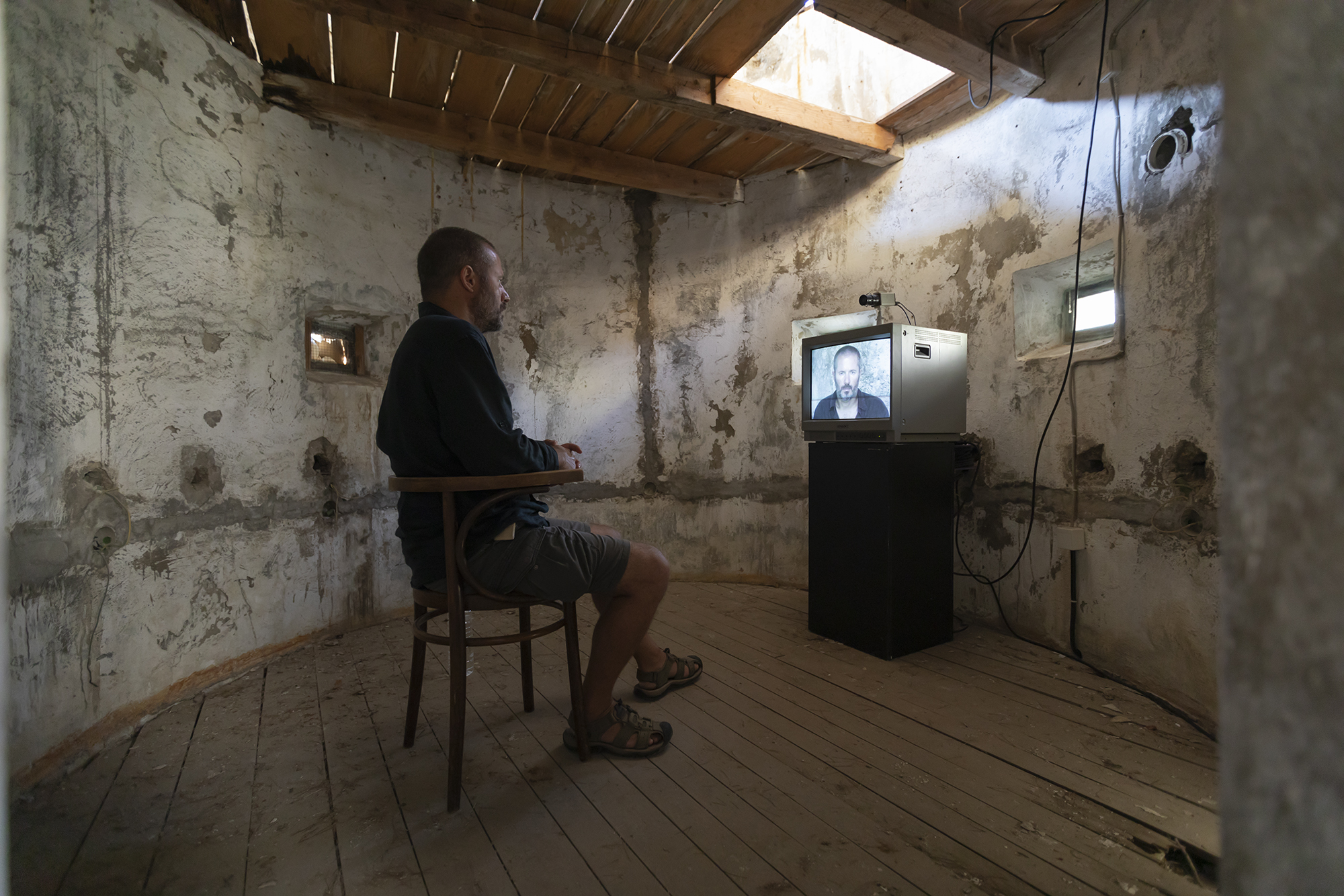 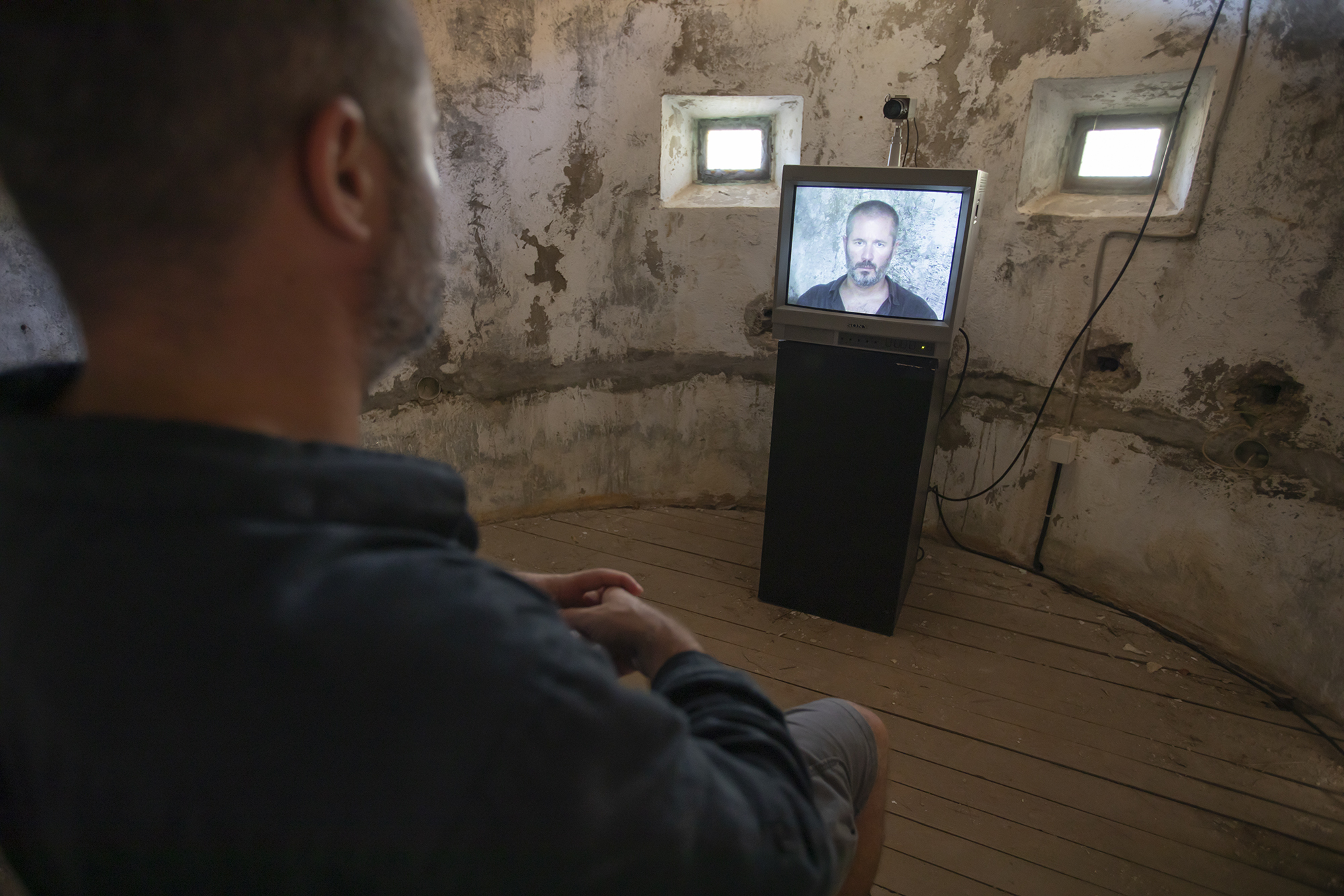 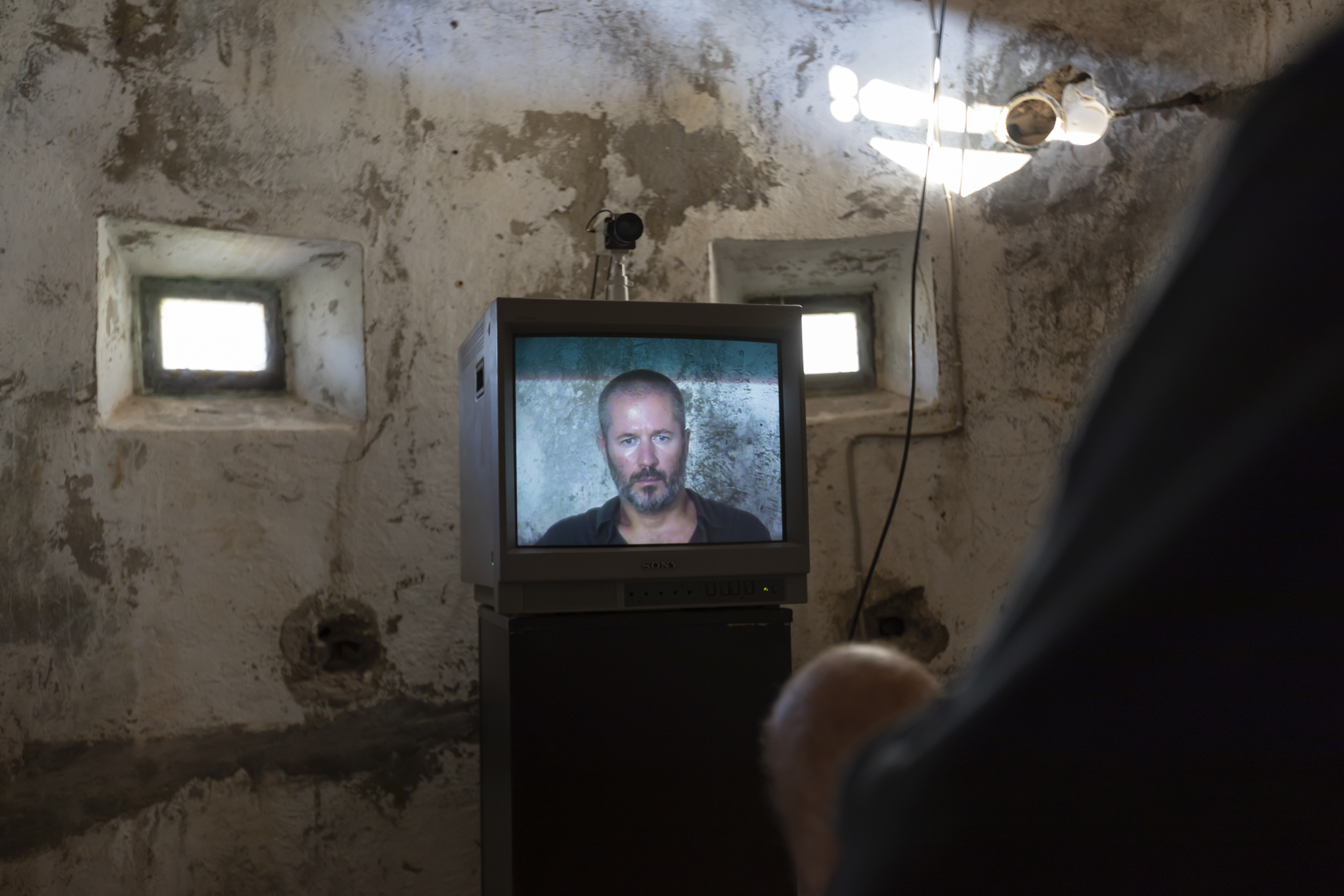 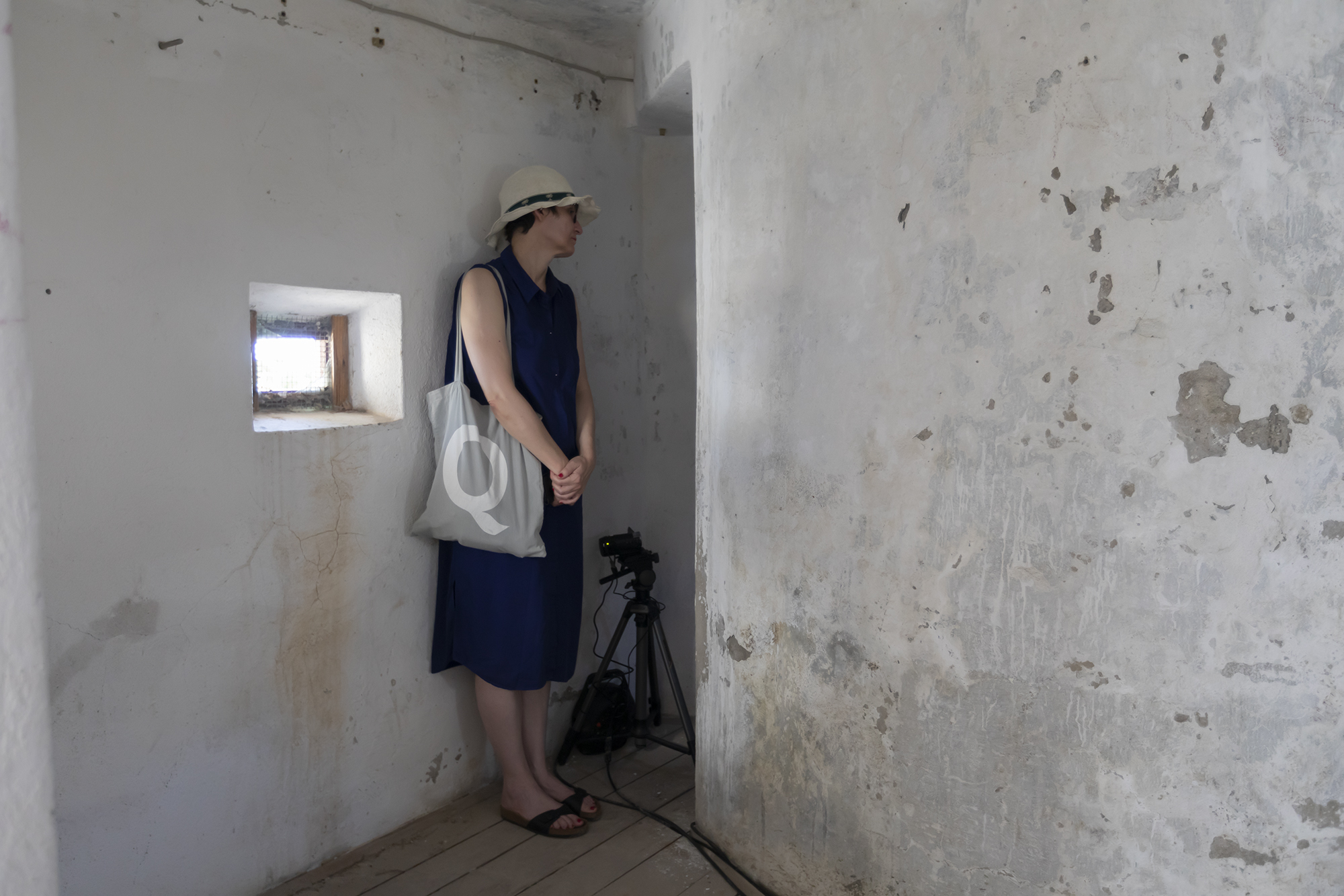 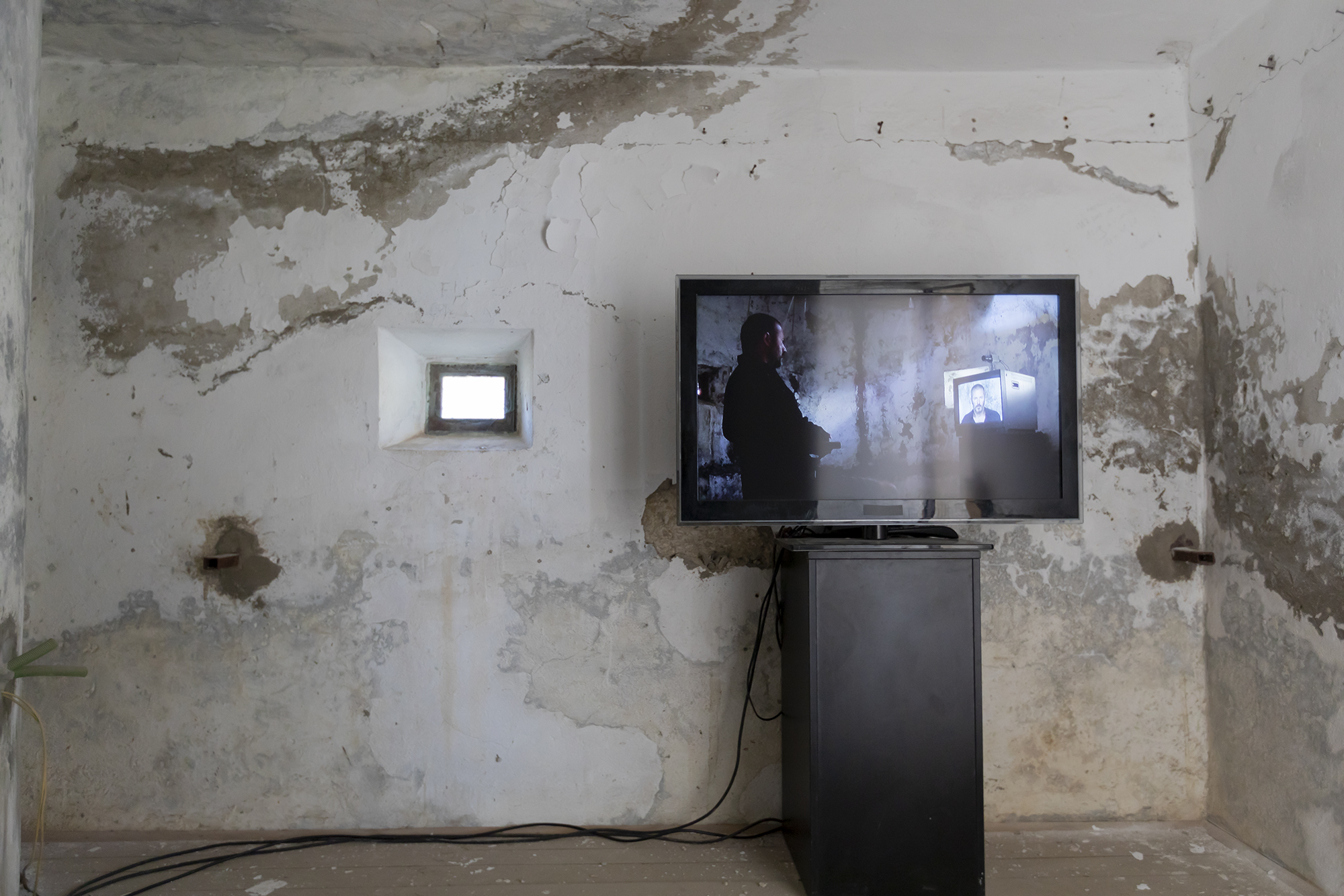 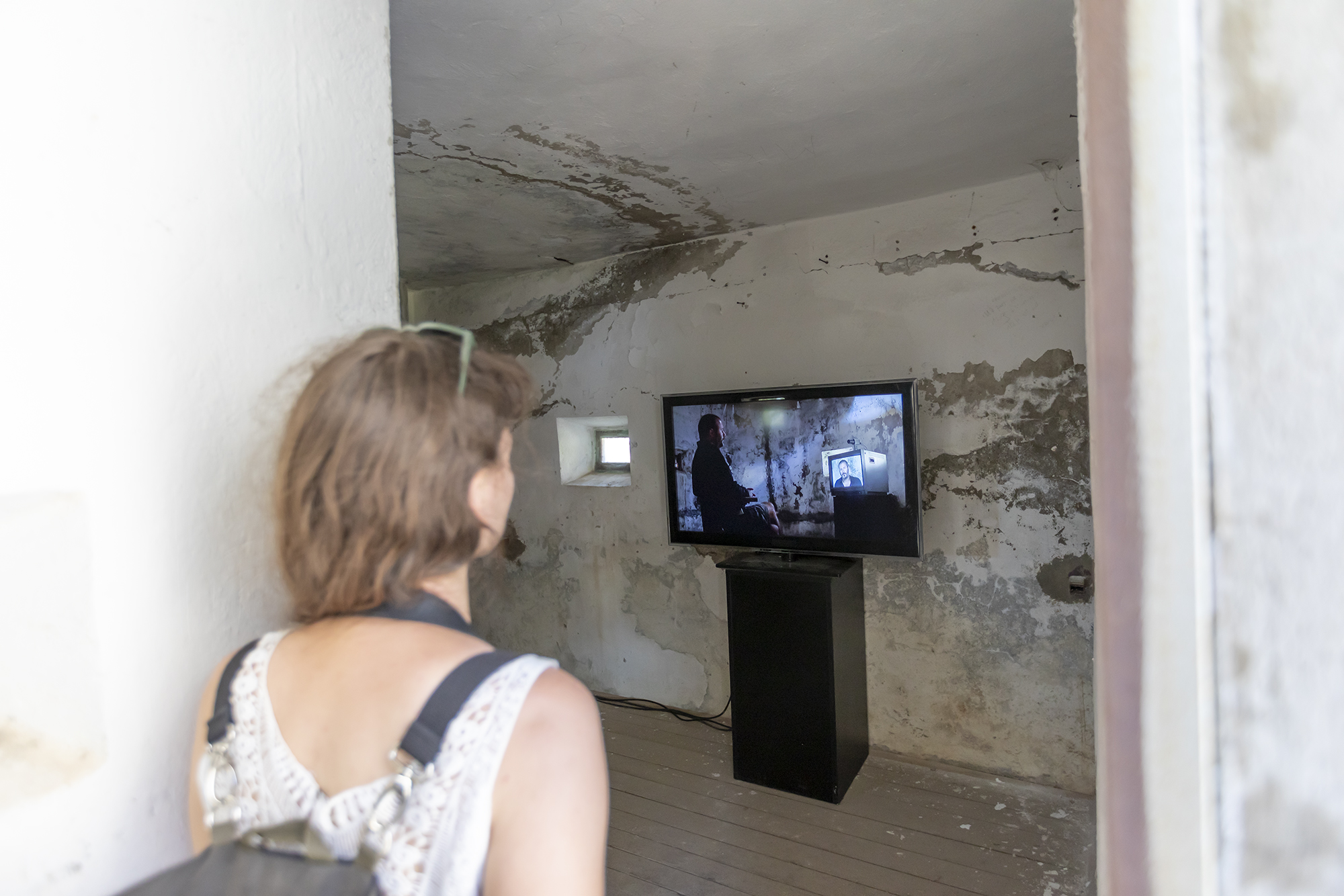 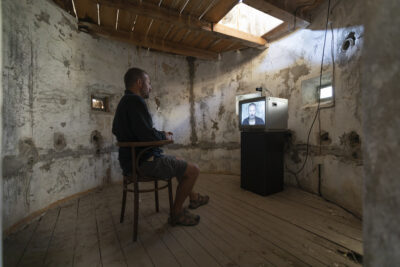 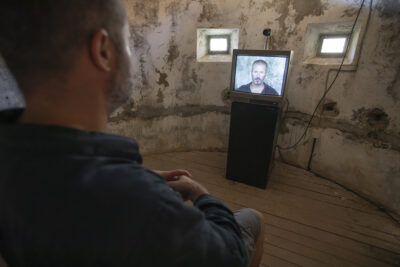 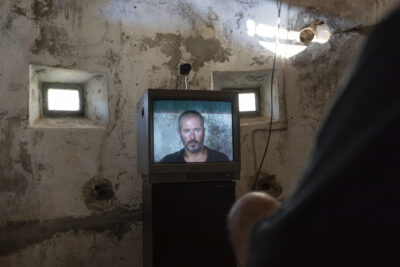 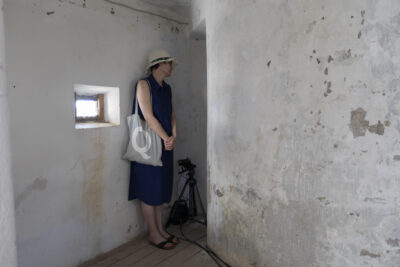 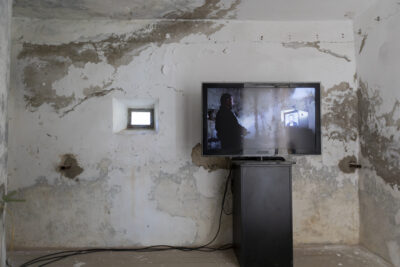 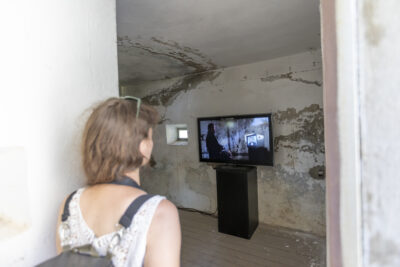 I sit in the space opposite the TV monitor watching the live video surveillance transmission of myself.

The space is located in the bunker of the Mirabella Fortress in Omiš, built by fascists during World War II to monitor the movements at the strategic position of David’s Bridge which connects the two banks of the river Cetina. Inversely, the object of surveillance now becomes a space in which the author sits in front of a CCTV camera for eight hours during a performative act of placing himself under surveillance. Re-examining the position of the artist in relation to the notion of employment in contemporary society. What are the working hours of an artist and how long do they last, how is artistic work valued and what is it worth, is it important at all?

This work is a formal reference to Nam June Paik’s early work “TV Buddha” in which a sculpture of a Buddha in silent meditation is placed in front of a TV monitor on which a closed-circuit video system transmits its image. During the “Project 74” exhibition in Cologne in 1974, Paik himself took the place of the Buddha and stood in front of the CCTV camera and TV monitor. With this reference, Meštrović once again builds upon the origins of video art and simultaneously questions the systems of surveillance and control of people, the restrictions of freedom under the pretext of security for which modern technology is used today.