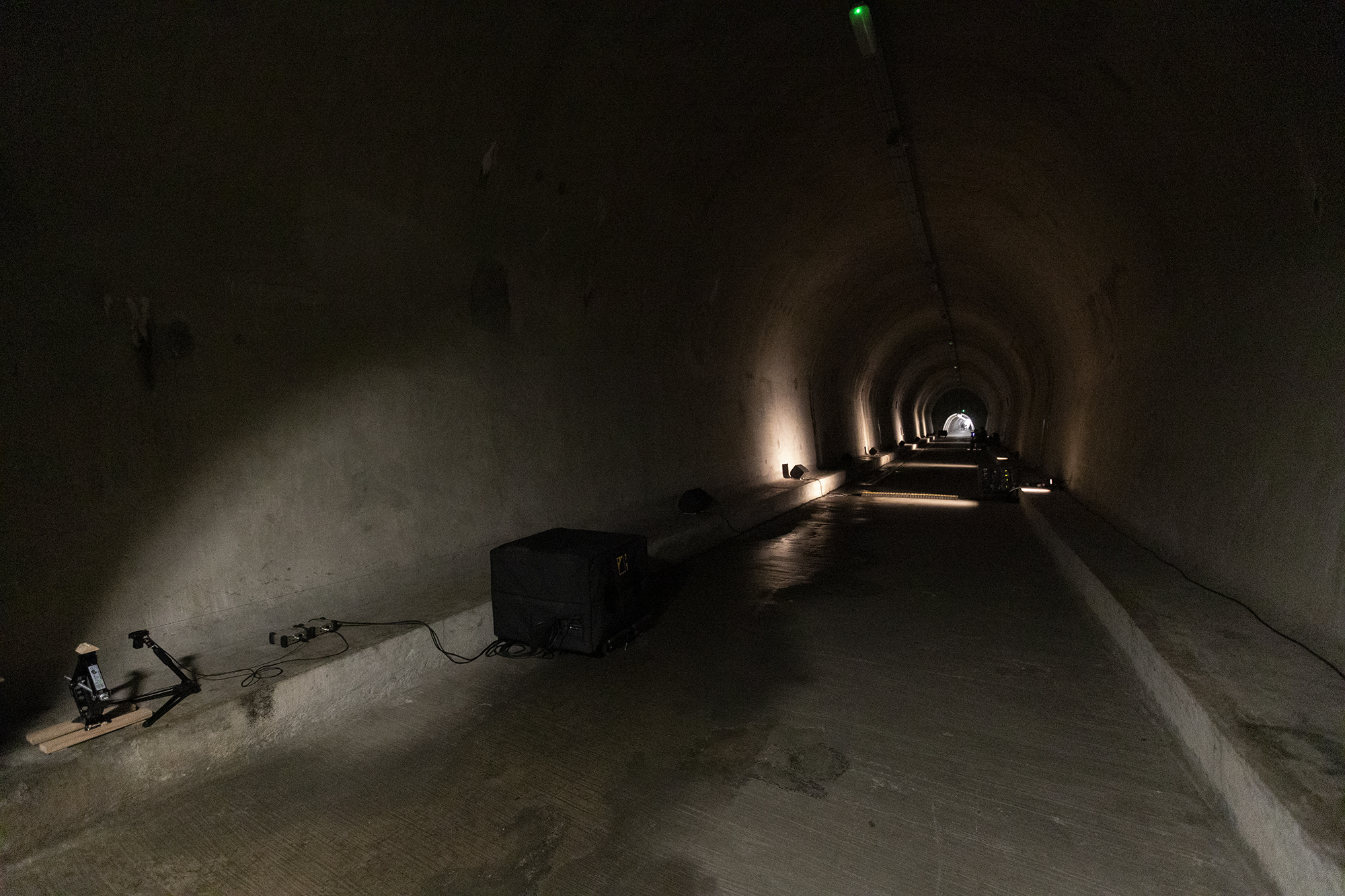 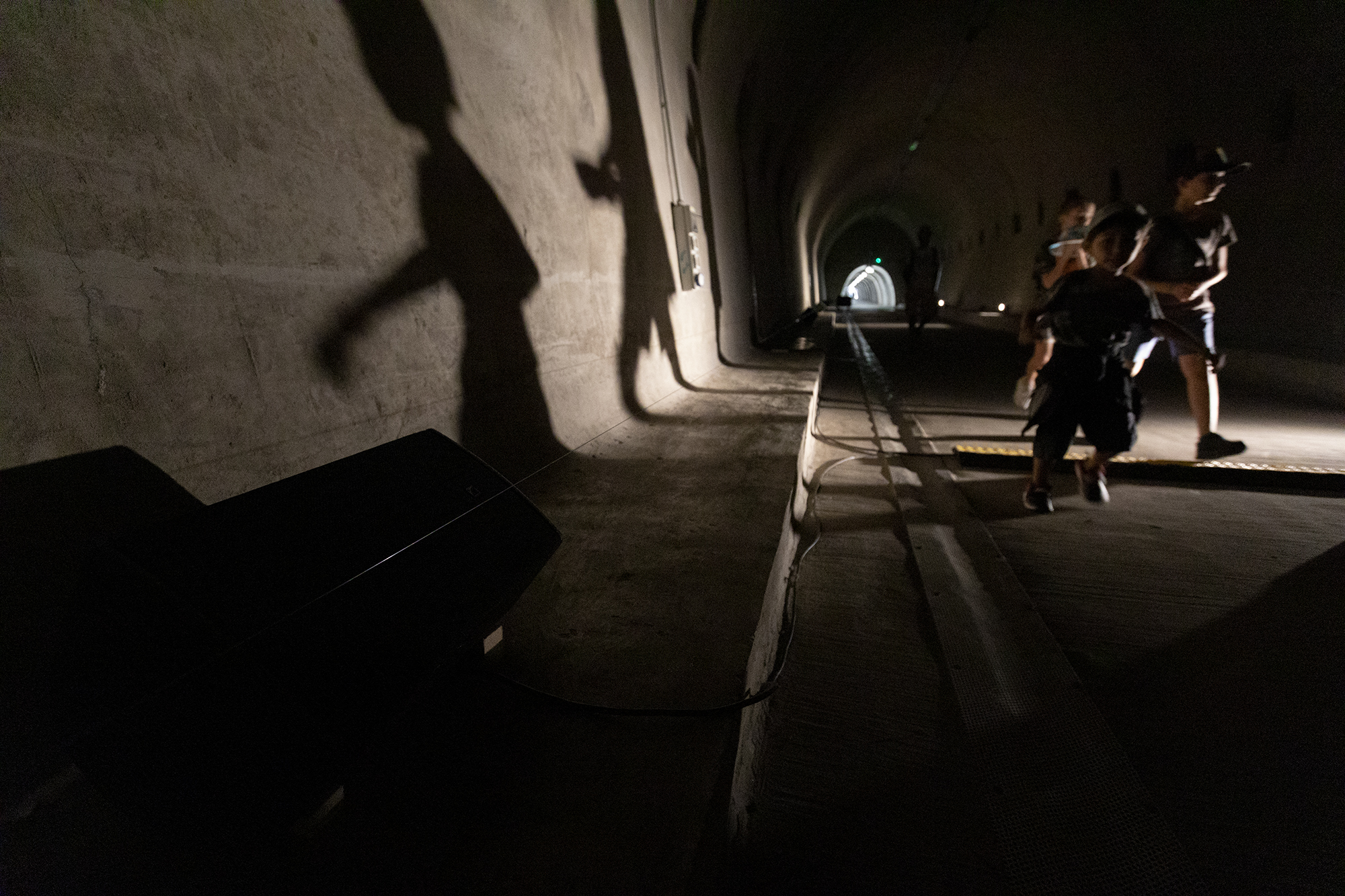 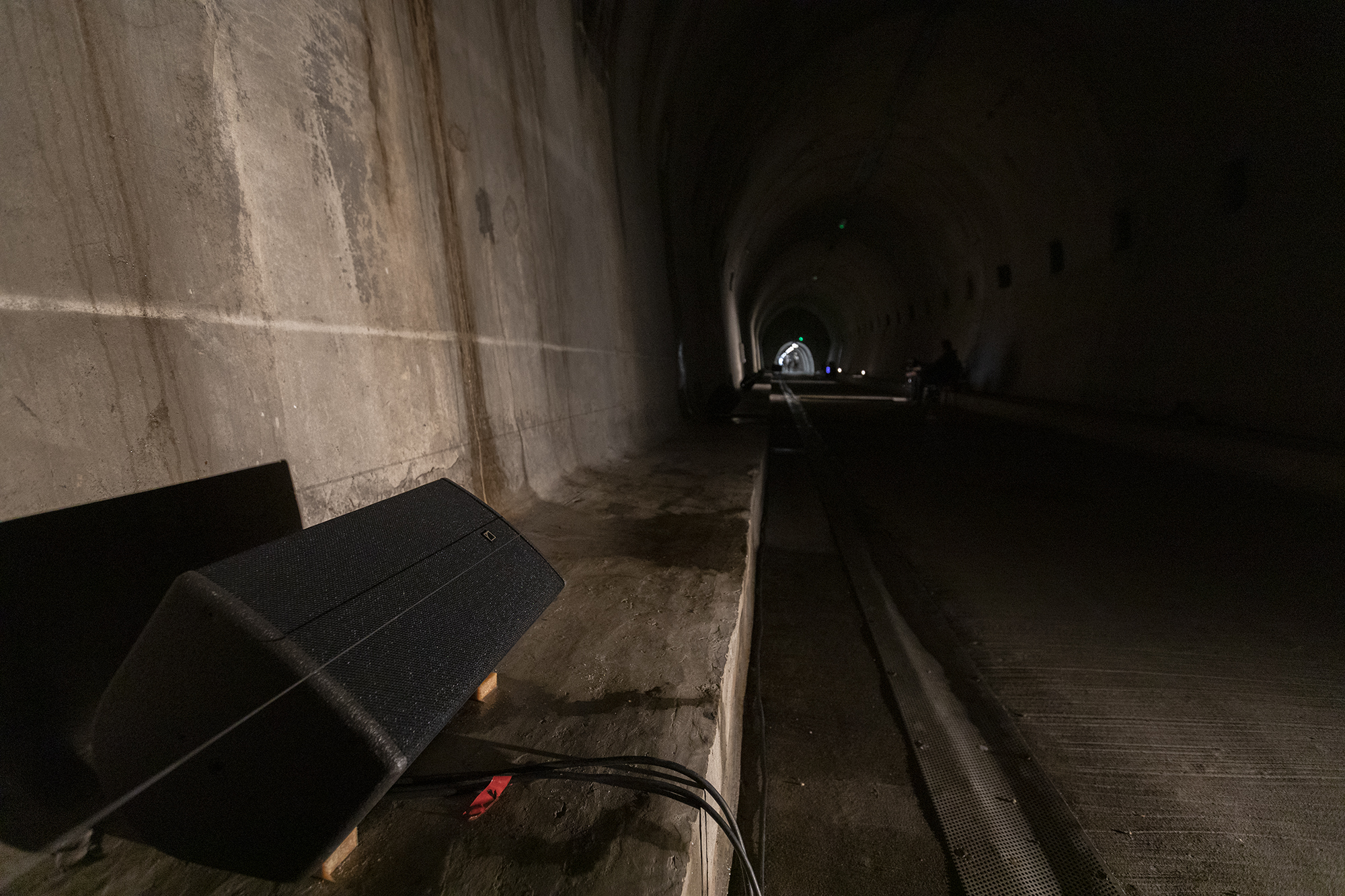 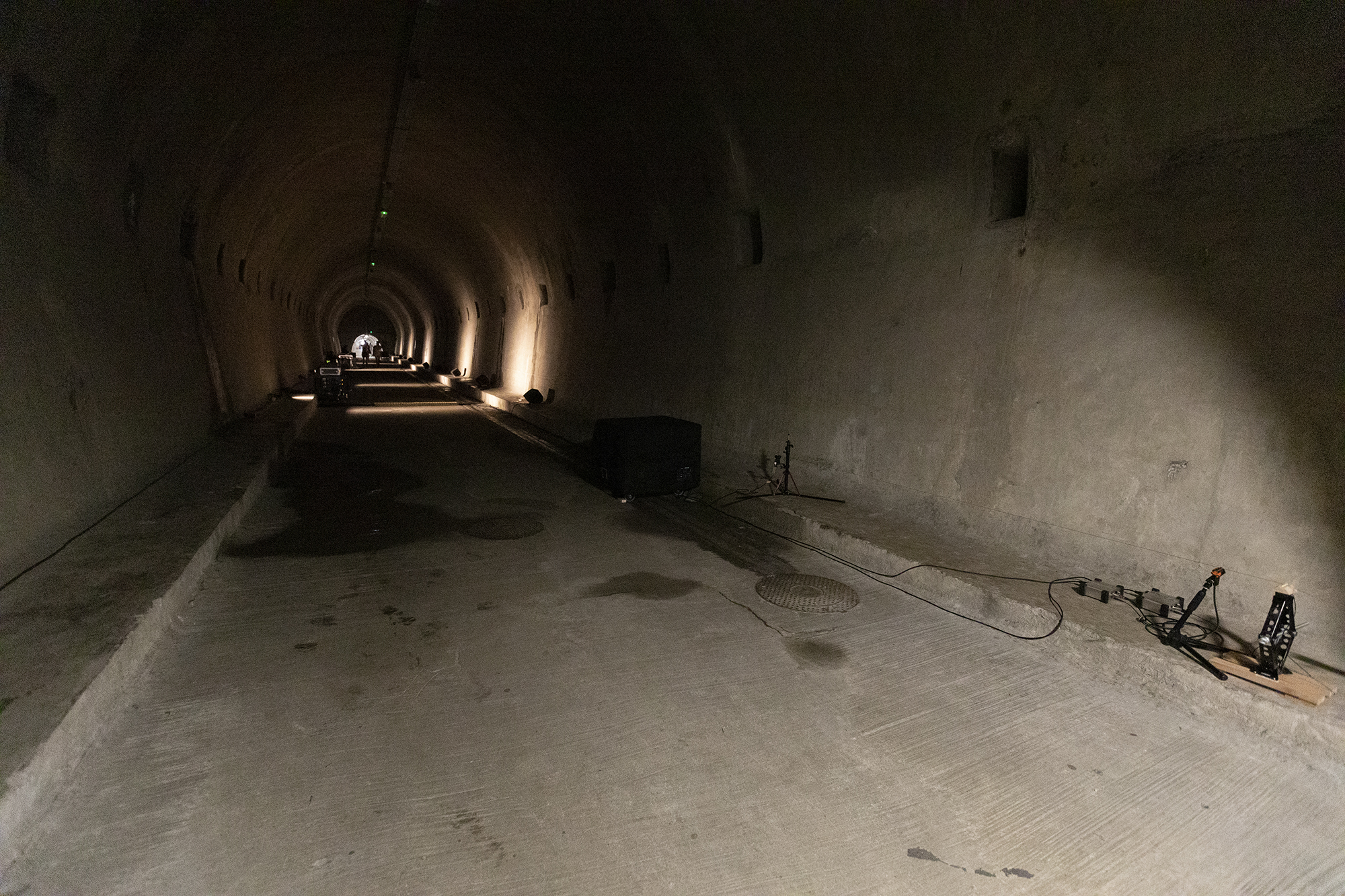 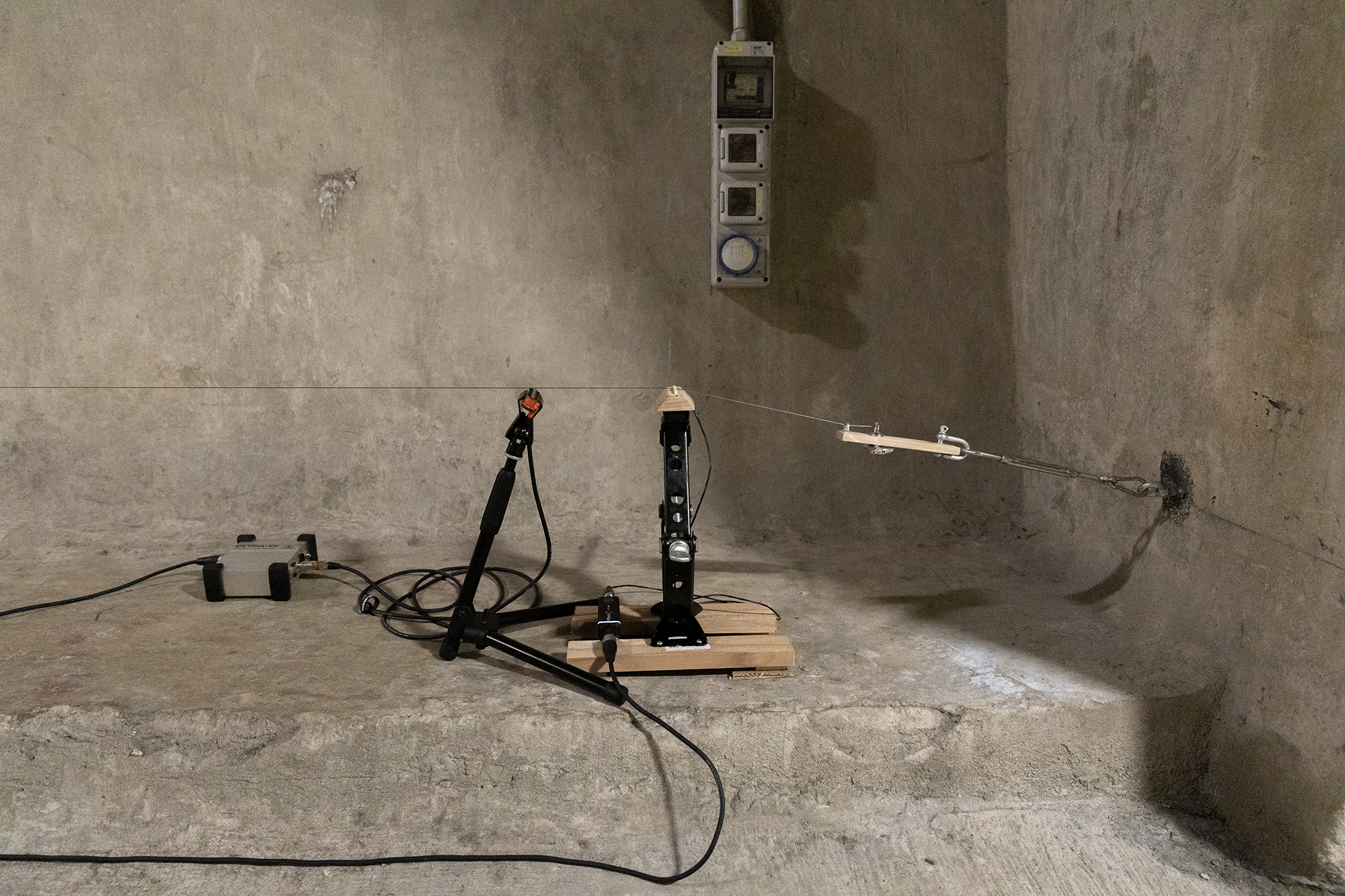 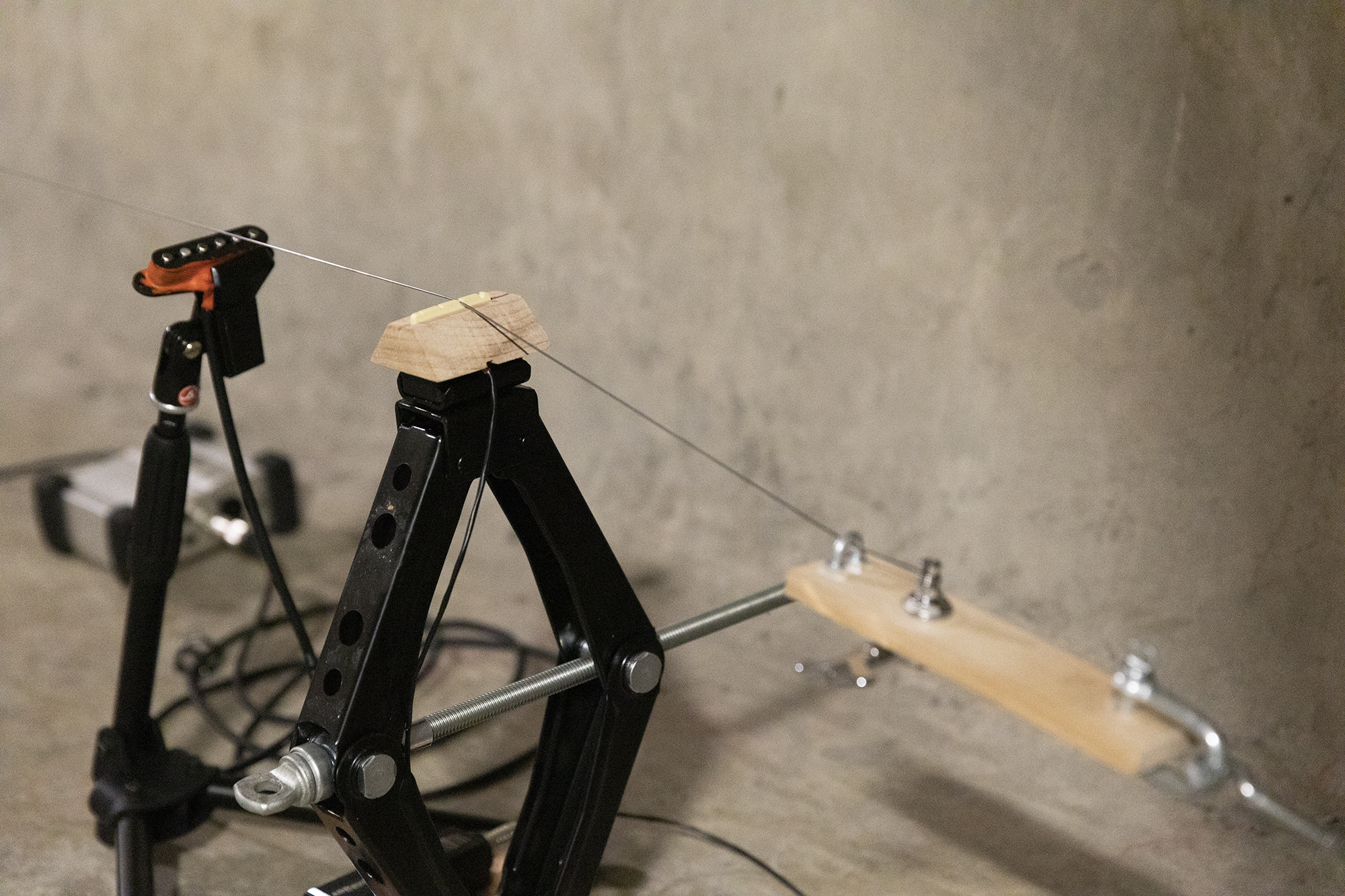 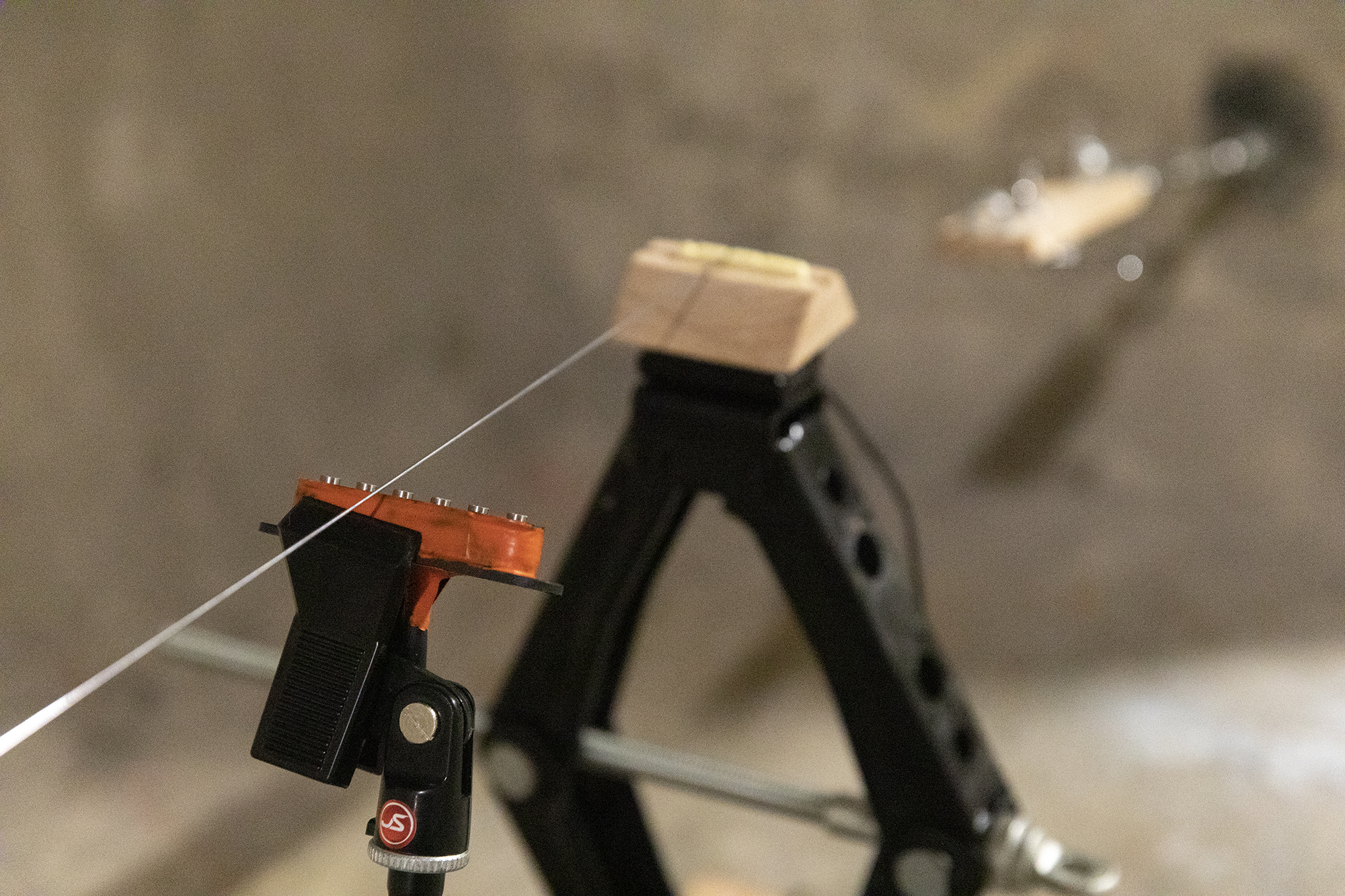 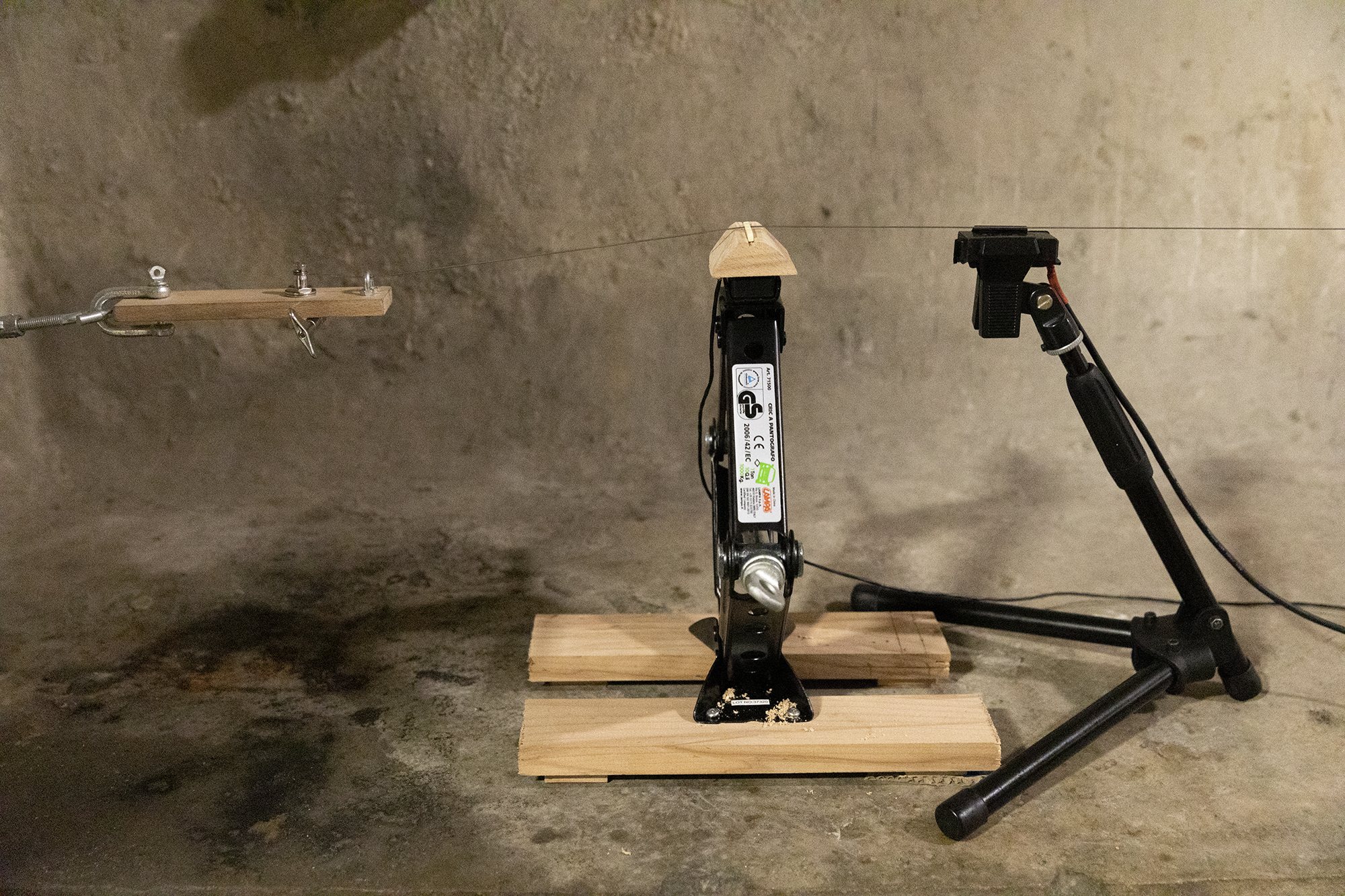 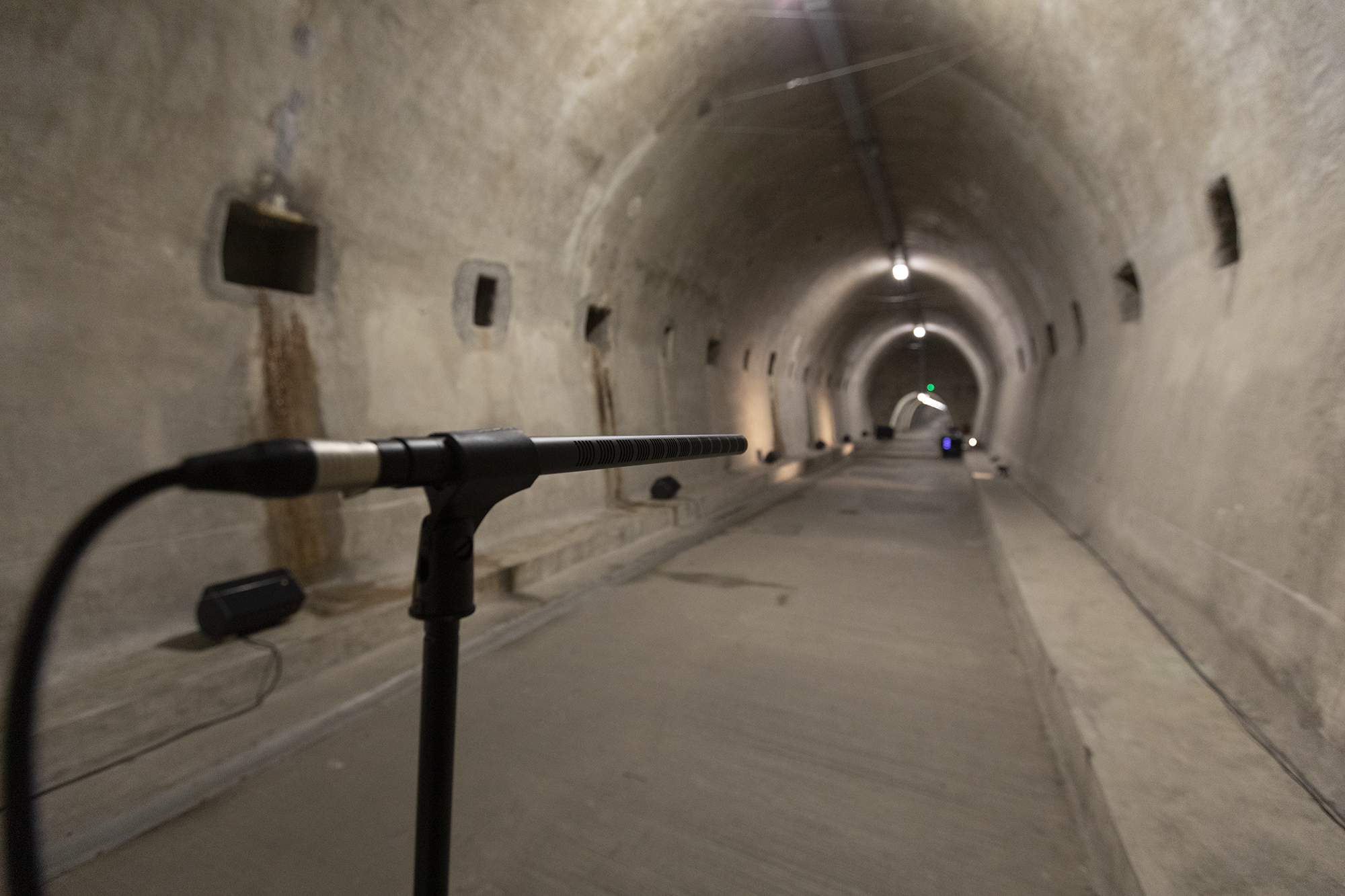 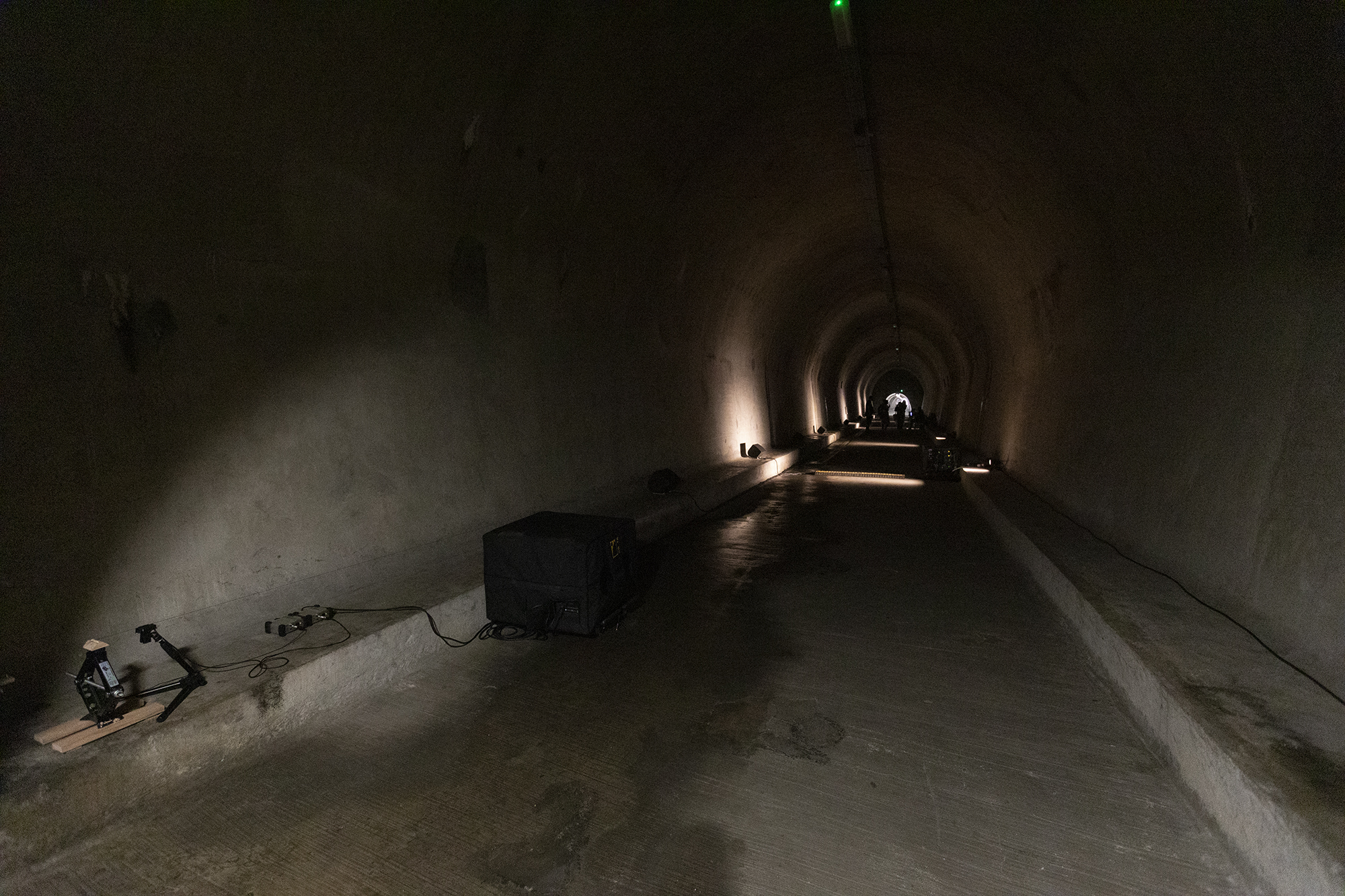 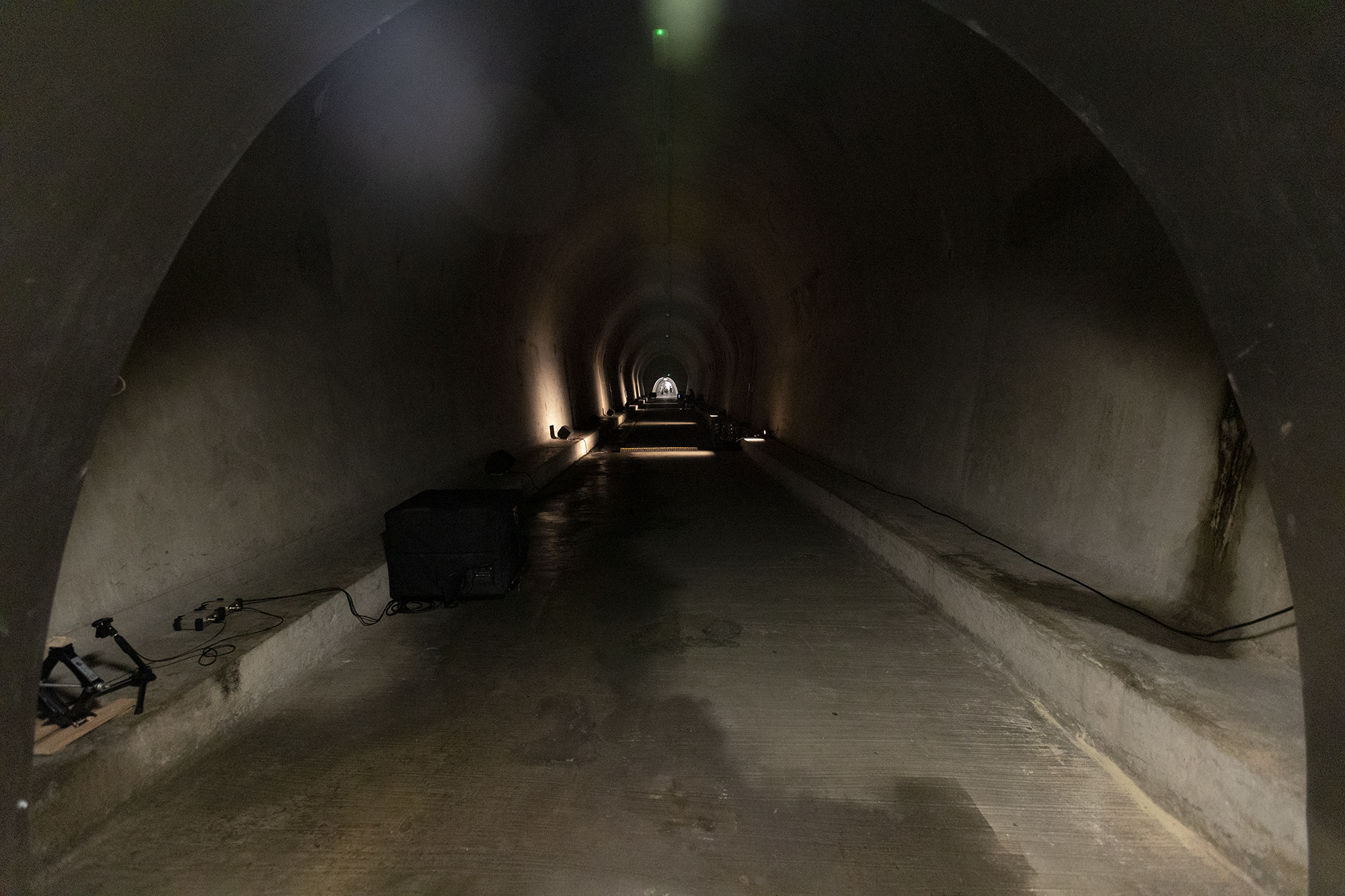 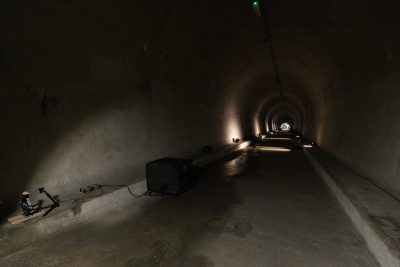 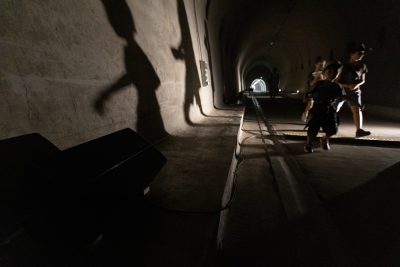 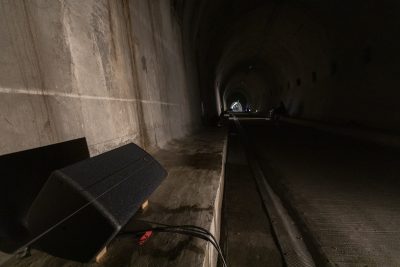 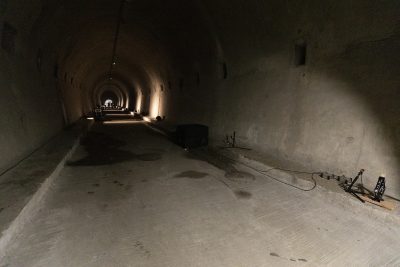 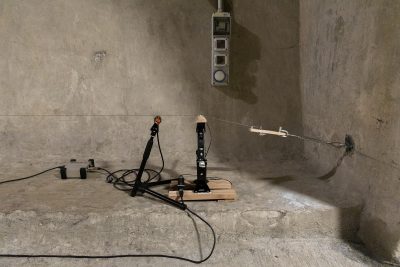 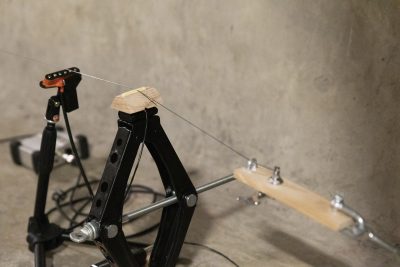 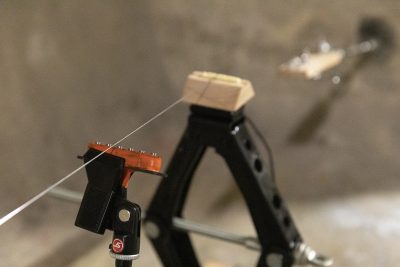 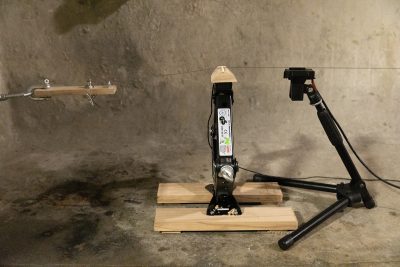 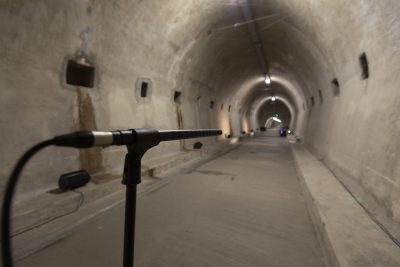 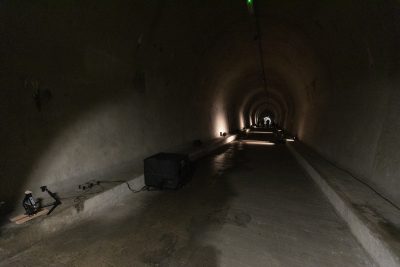 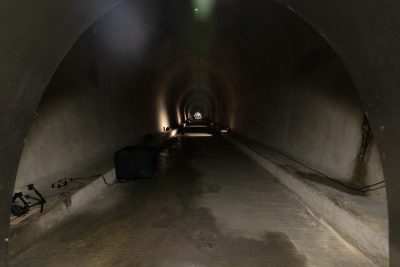 In terms of its technical and conceptual characteristics, the artistic project entitled Resonance of Sound references the works Music On A Long Thin Wire (1977) and I Am Sitting in a Room (1969/1970) created by one of the most important composers of experimental music, Alvin Lucier.
The work is conceived as a multi-channel spatial sound installation inside the Grič Tunnel in Zagreb. A series of 12 speakers and 2 subwoofers are set up within the central space of the tunnel. In front of the speakers, a 72-metre wire is strung along the entire length of the central space. An electromagnet and the speakers provoke the wire, turning it into an instrument. Two pickup microphones serve to transfer the sound feedback from the wire to the SuperCollider software, which is used to further manipulate and distribute it to the 12.2 speaker system. Owing to its acoustic characteristics, the space of the tunnel becomes a resonant tube in which the work is realized. An additional microphone is set up inside the space as a third audio source, which likewise undergoes software manipulation and blends with the sonic landscape. Once the concept was determined, a seven-day process of experimentation inside the Grič Tunnel followed, finally resulting in a 14-channel sound compositions in the form of a spatial installation.

The work was commissioned and produced by KABEL in association with KONTEJNER, as part of the project Re-Imagine Europe, co-financed by the Creative Europe programme of the European Union.