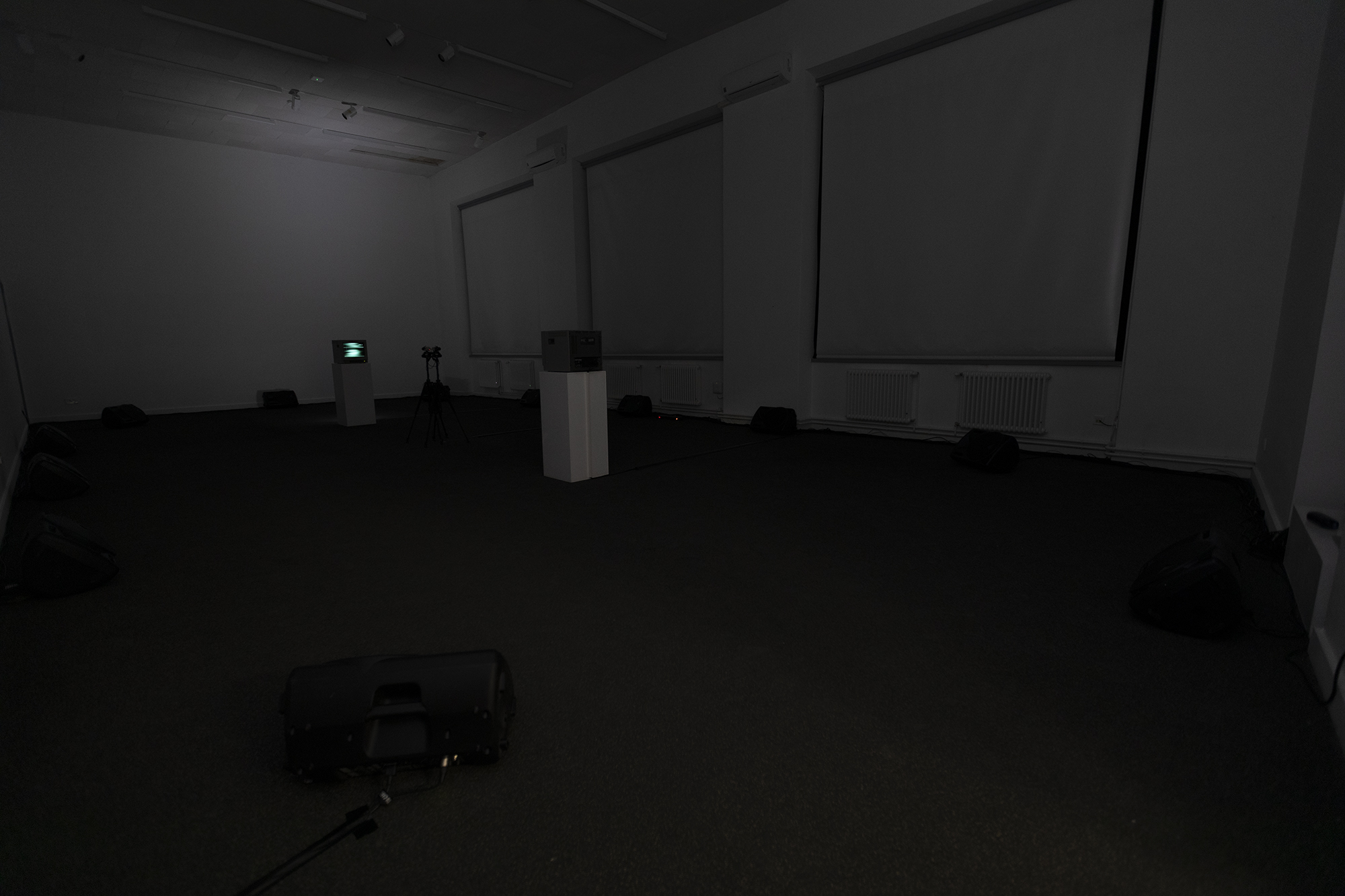 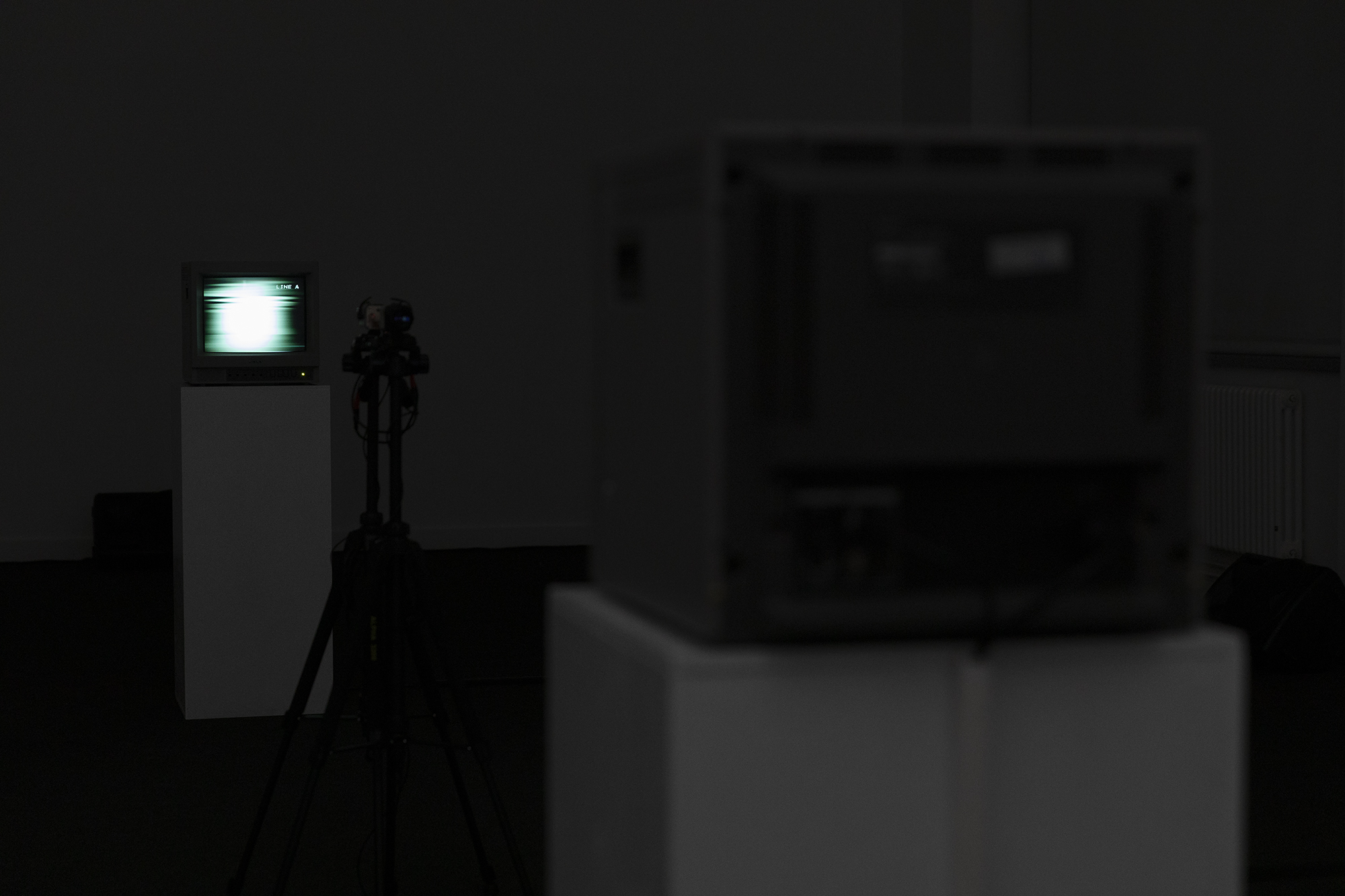 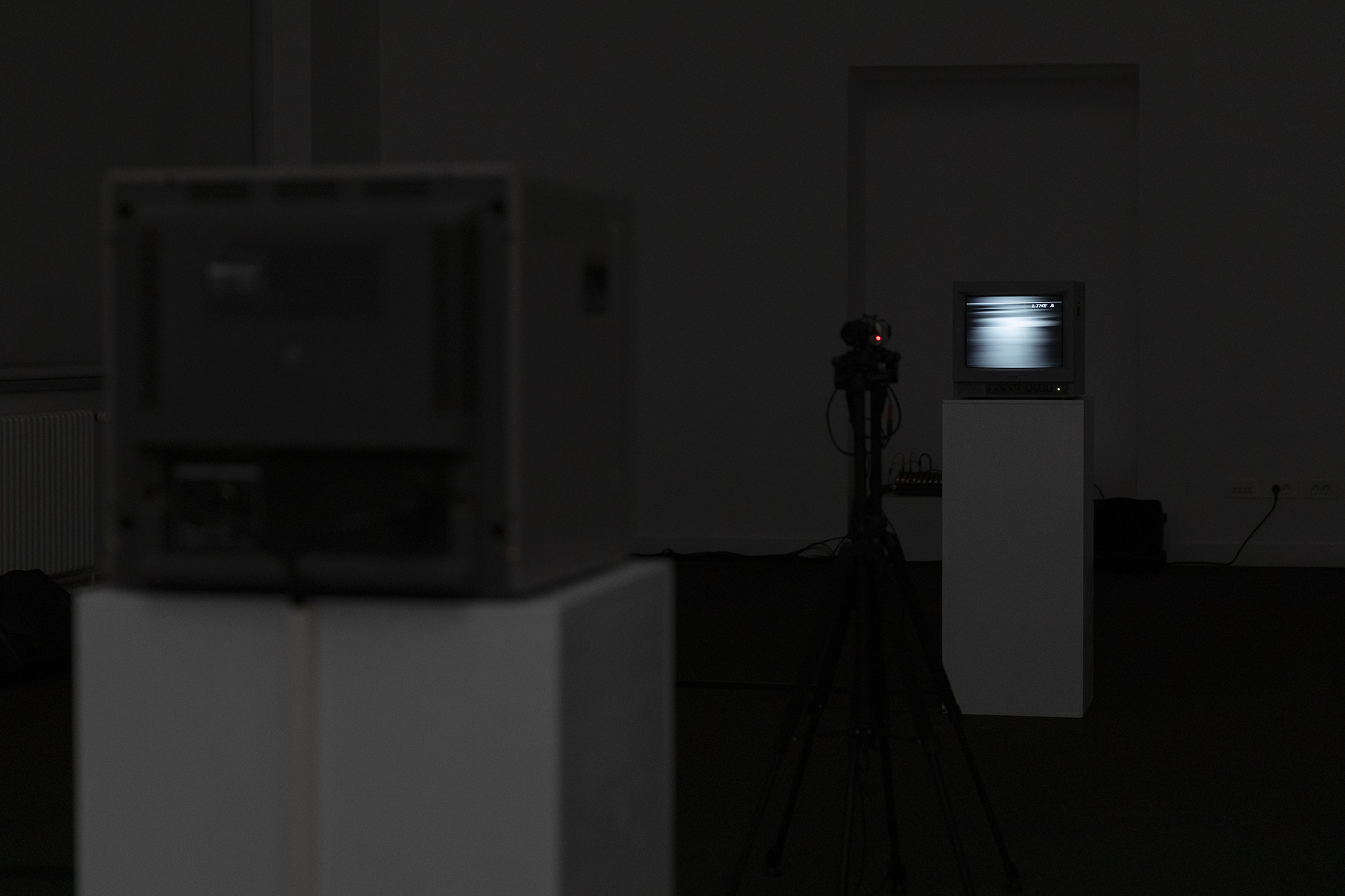 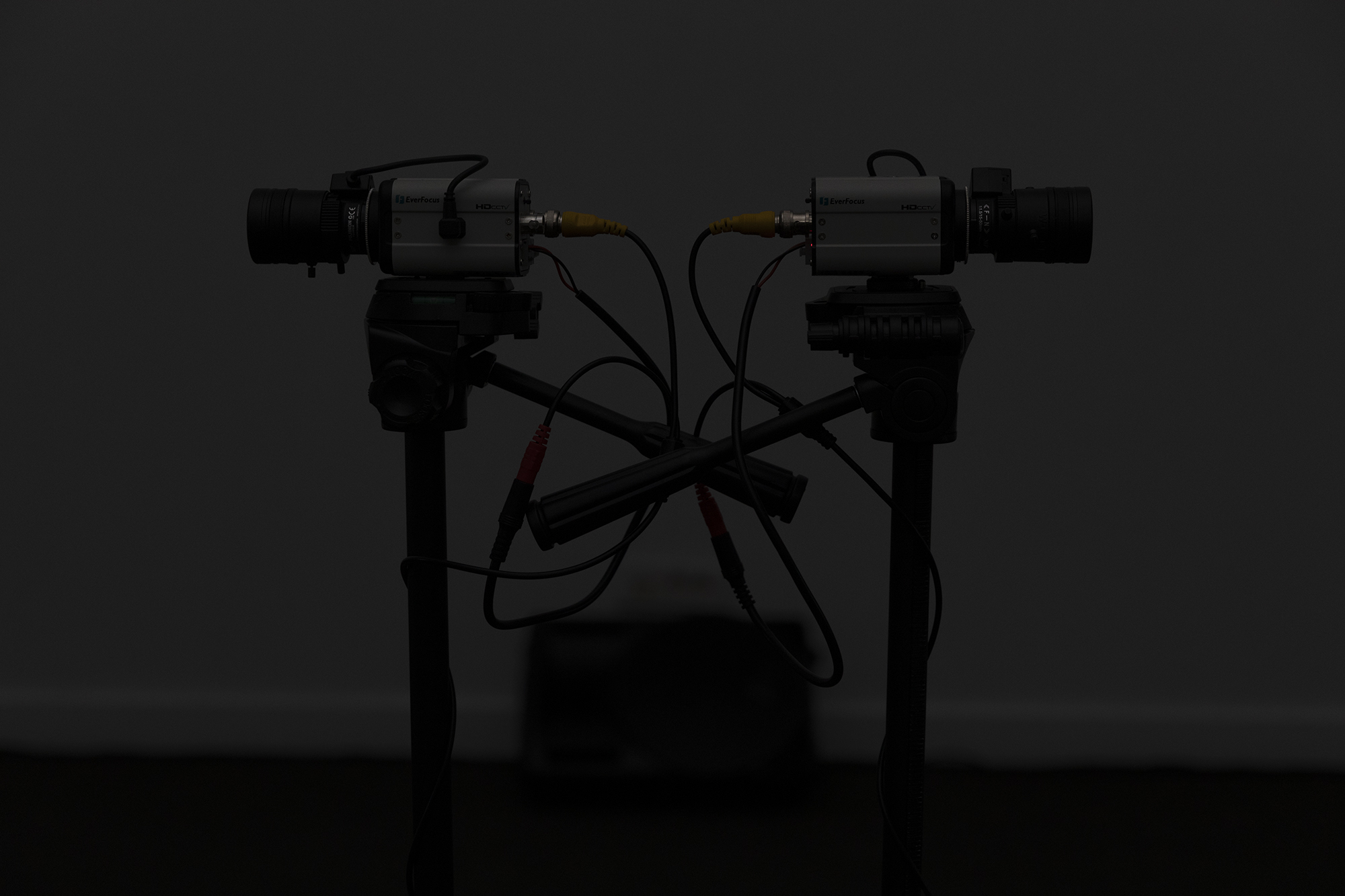 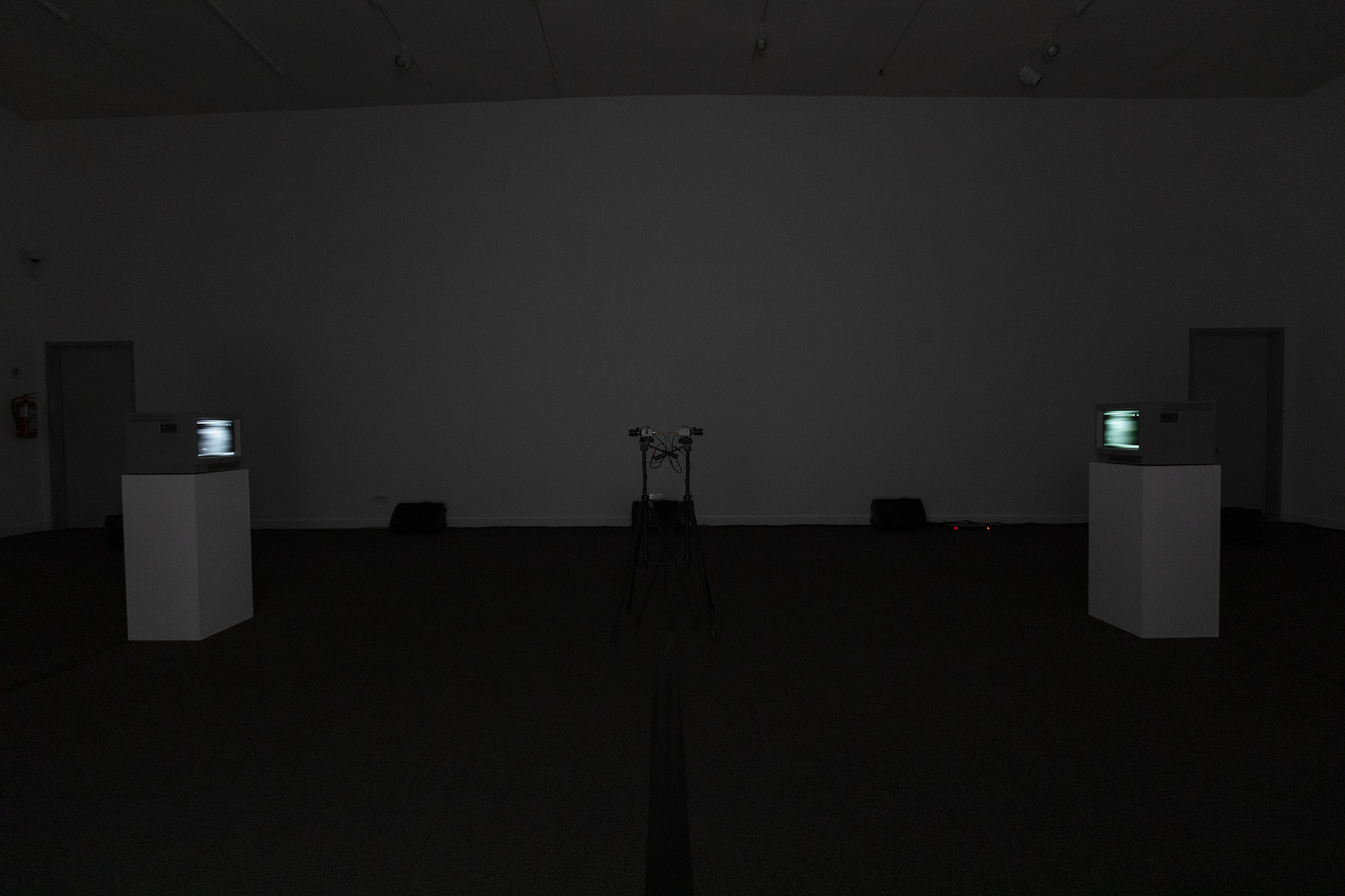 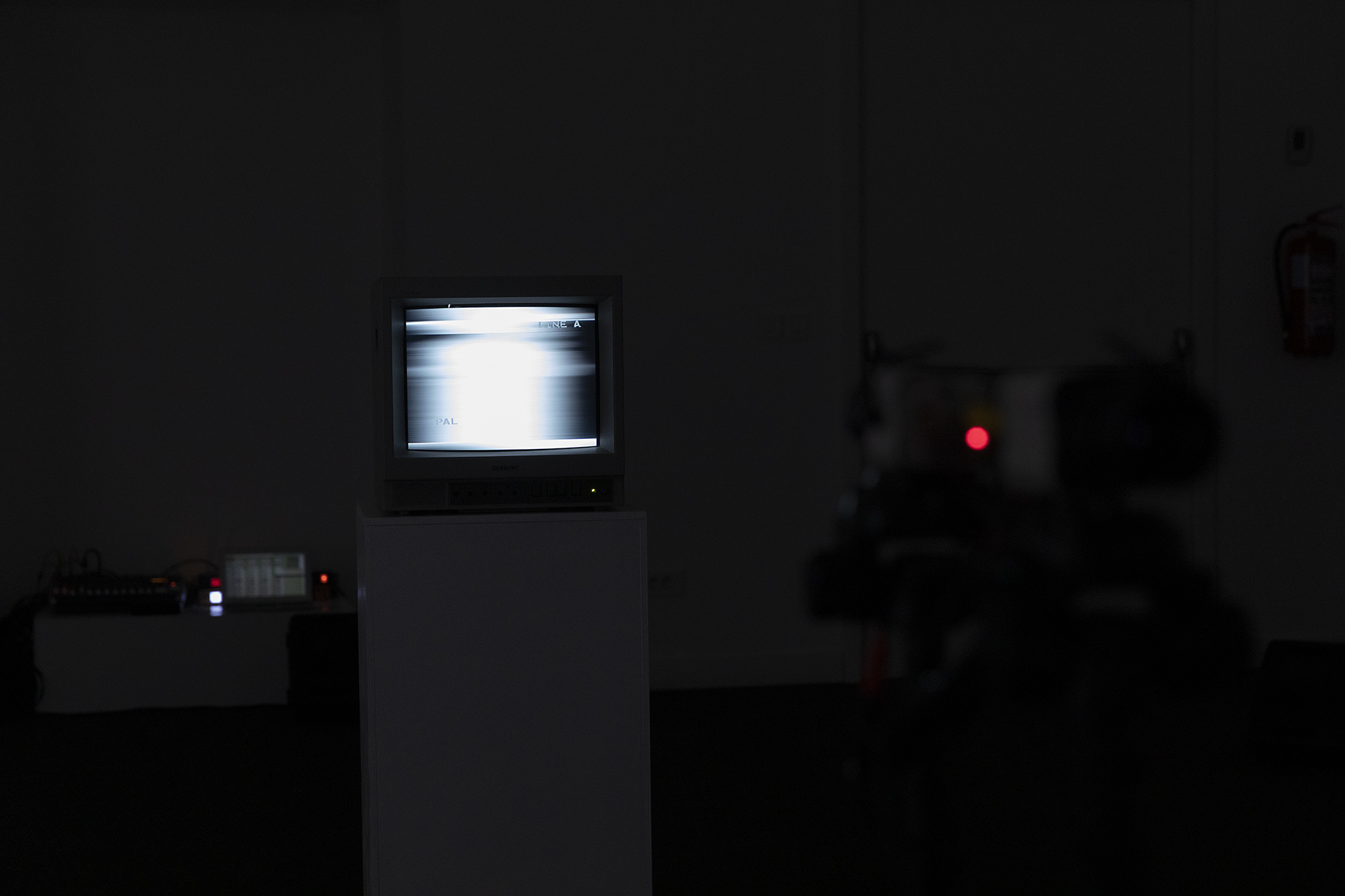 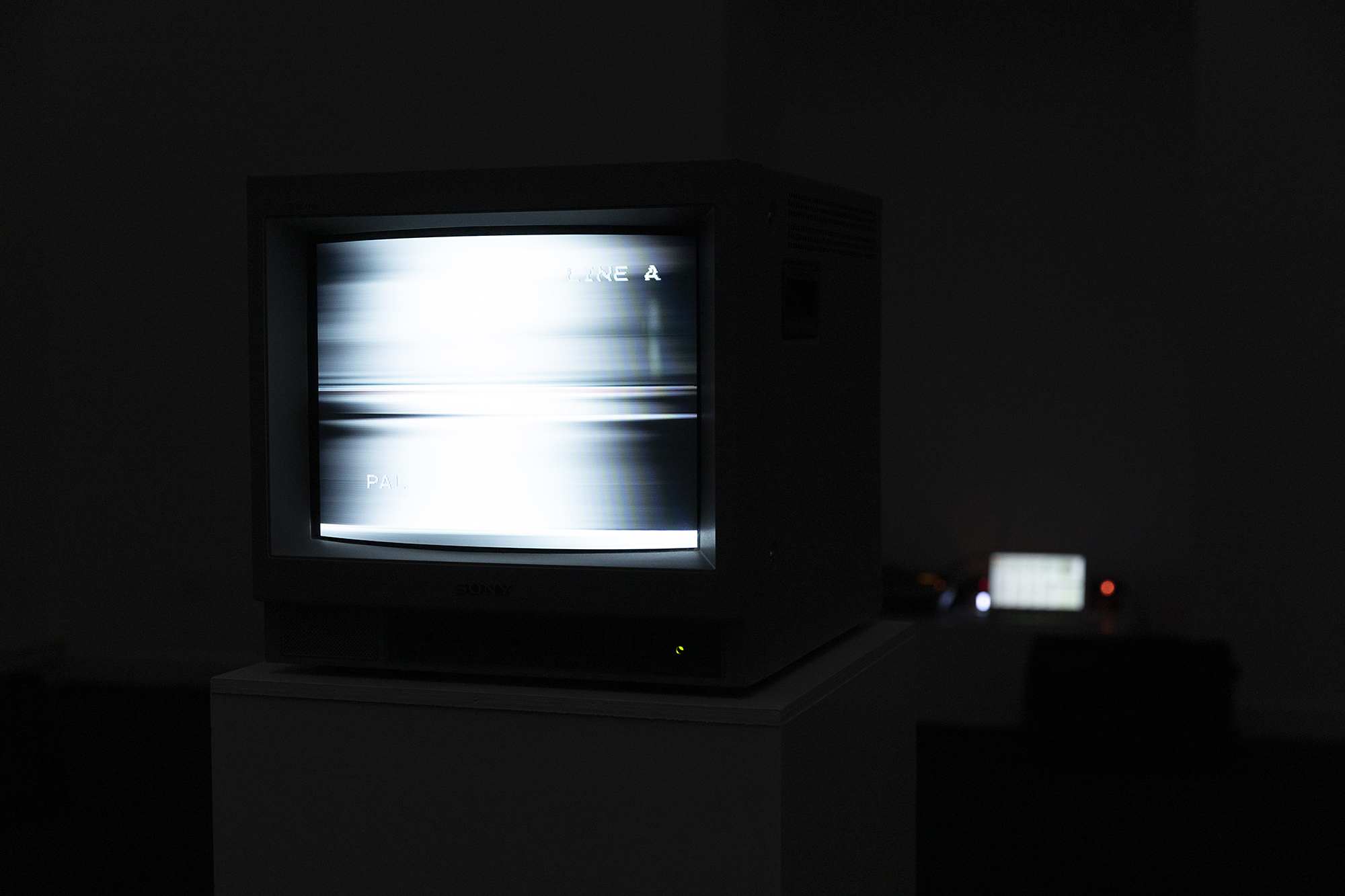 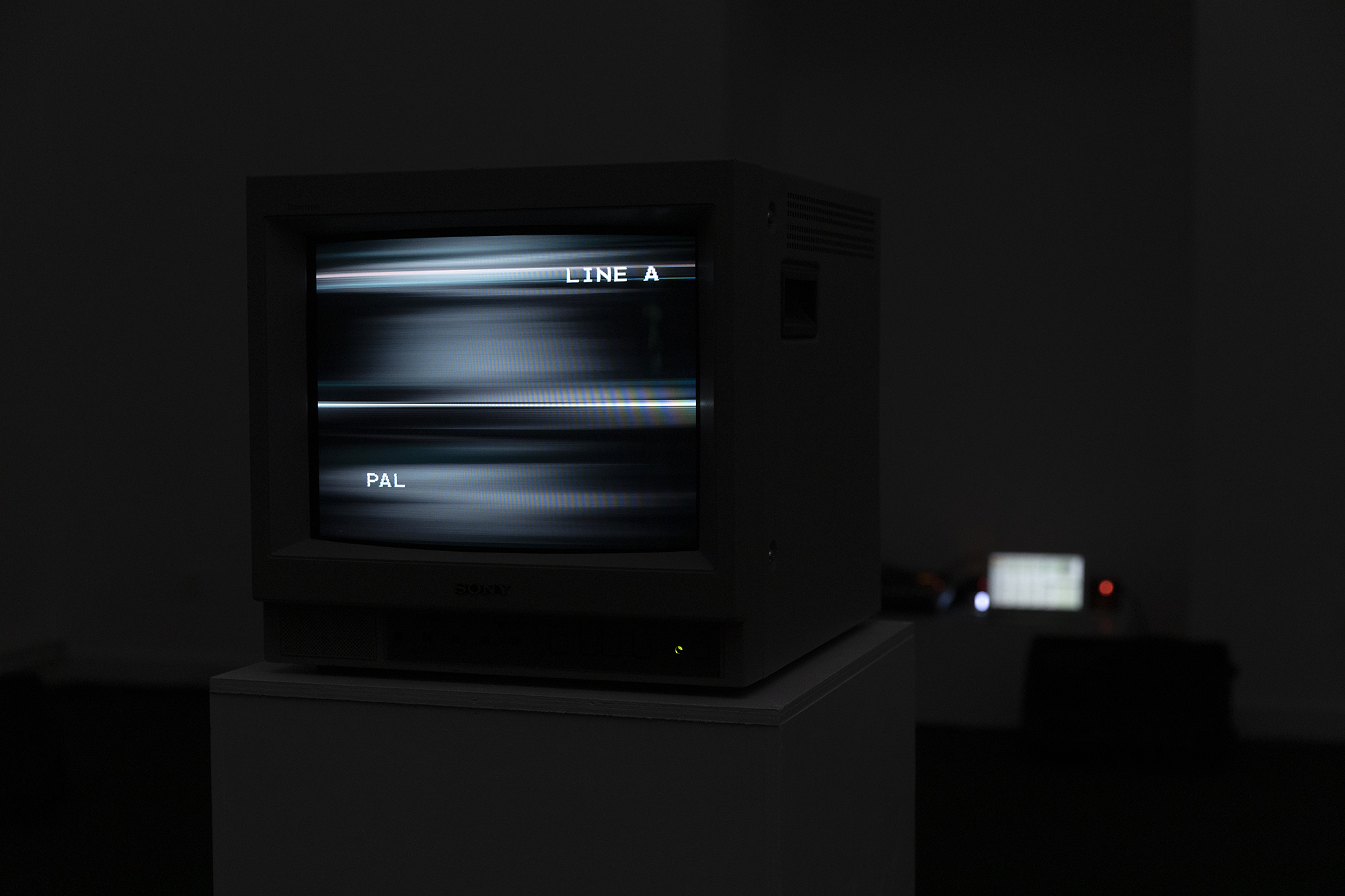 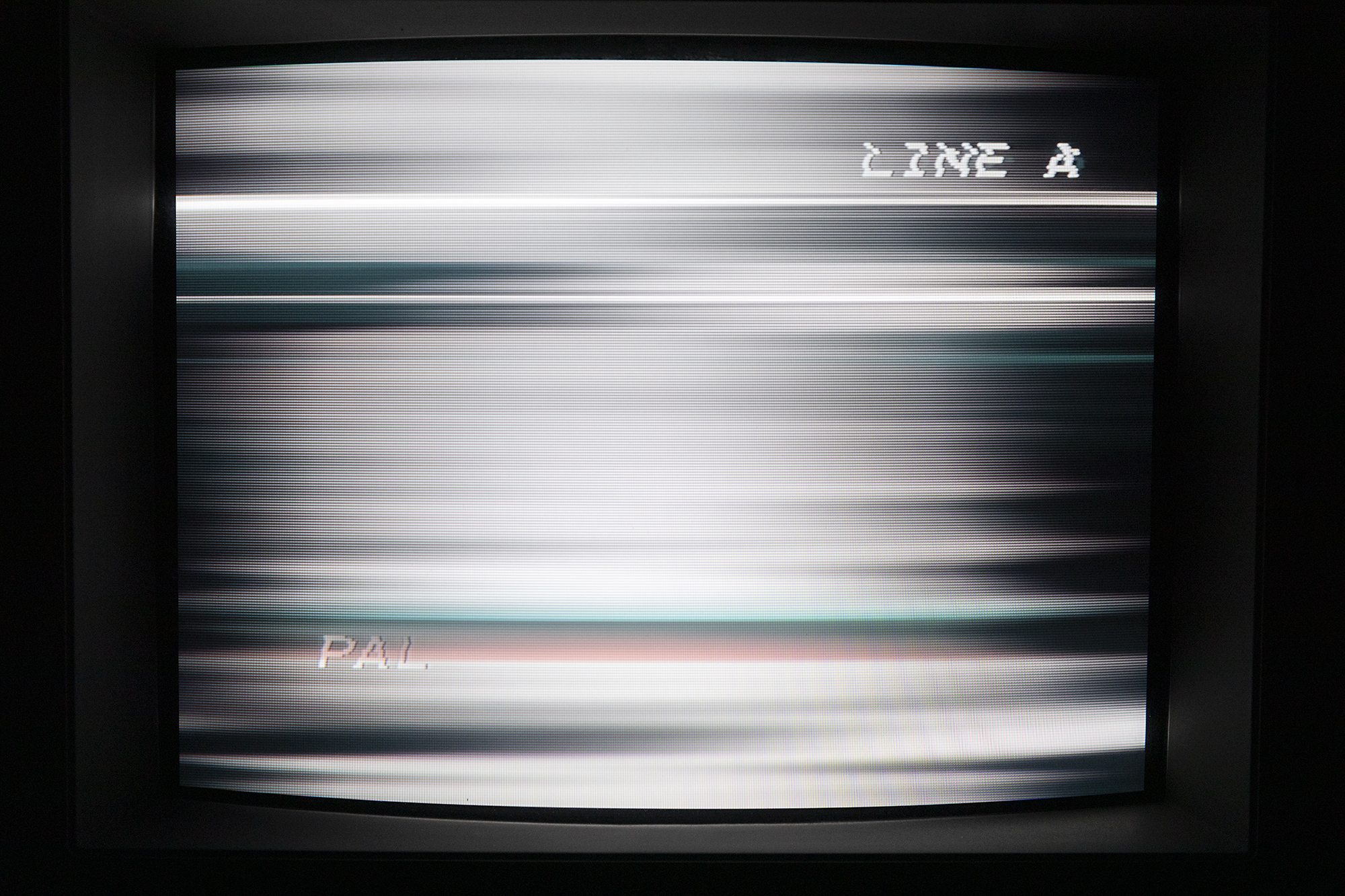 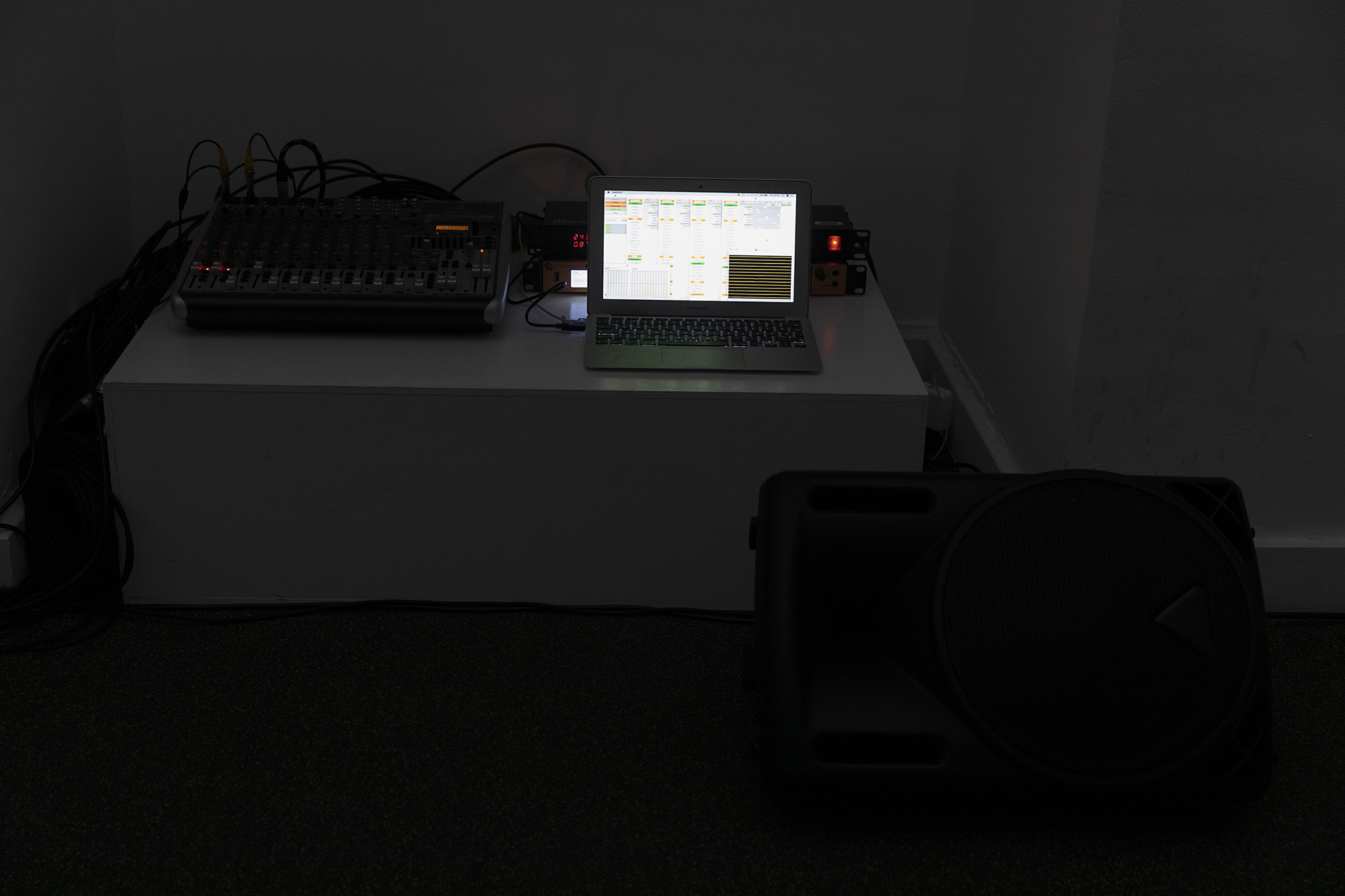 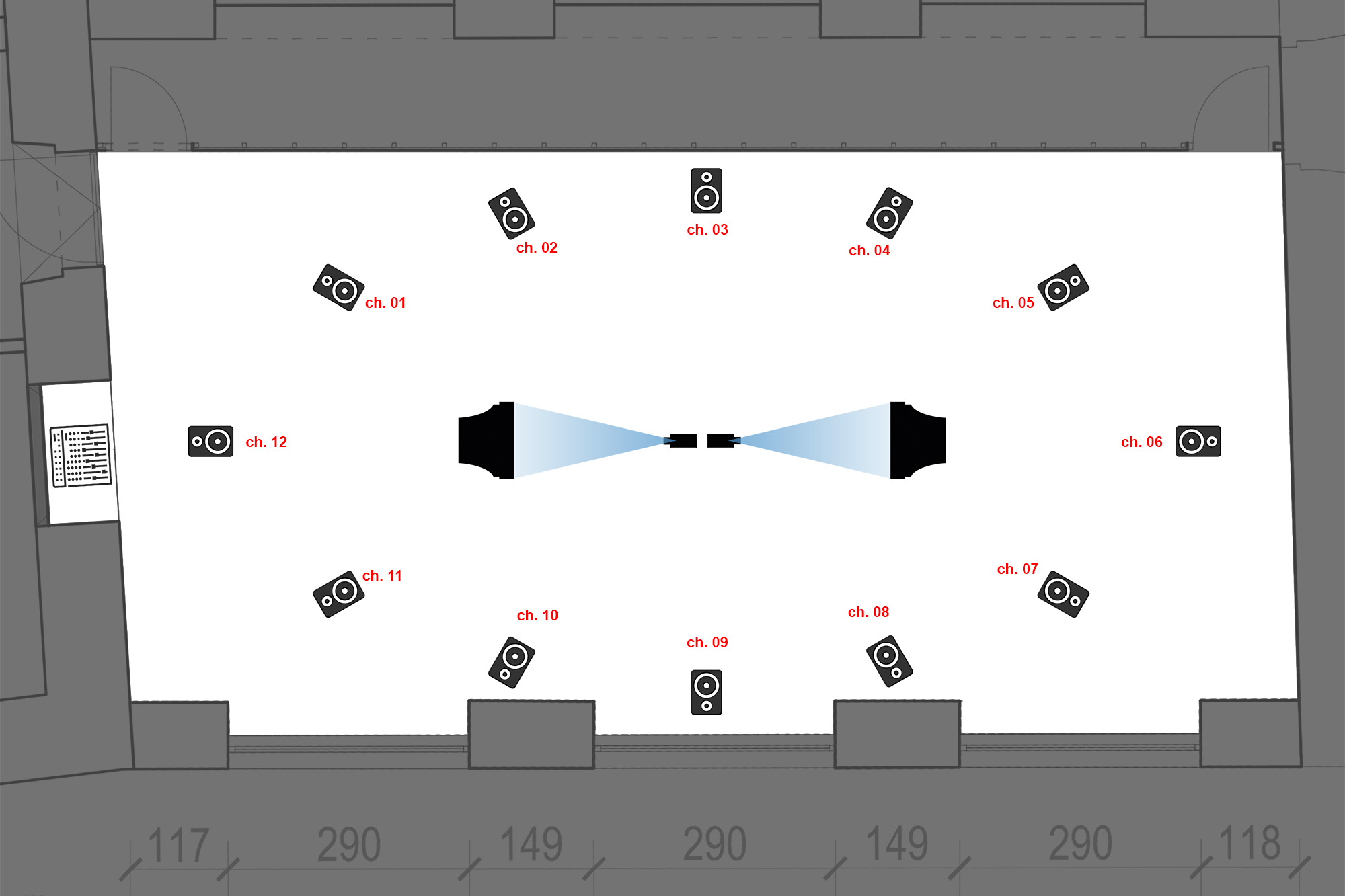 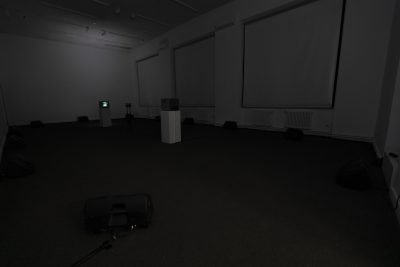 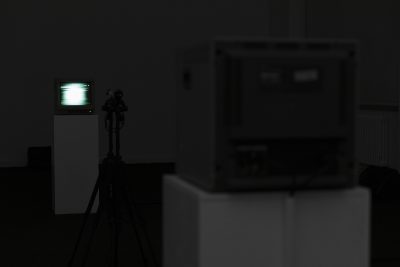 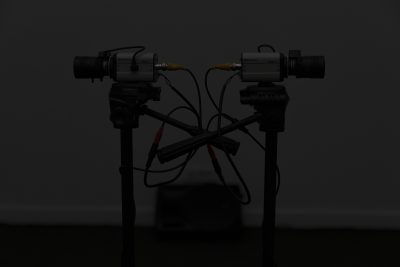 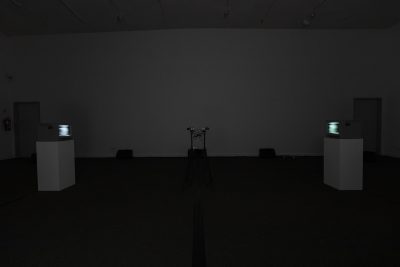 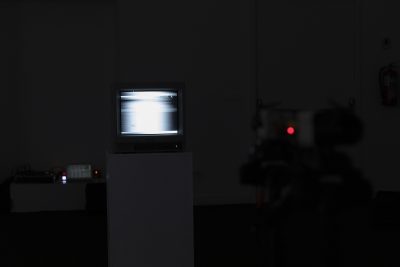 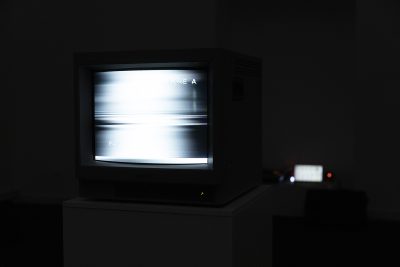 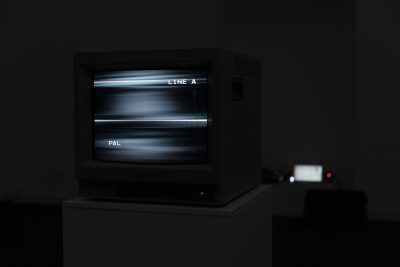 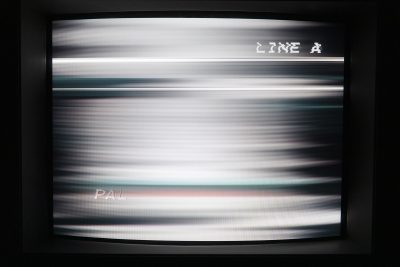 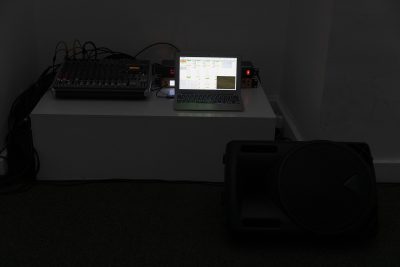 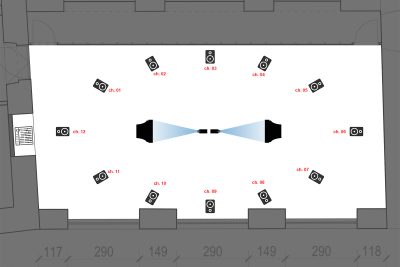 The artwork “Eavesdropping” is a continuation of the artistic process in the medium of closed-circuit video, which questions the topic of surveillance. The installation consists of twelve discrete audio channels and two video channels. Two CCTV cameras are focused on two TV monitors. Video images are sent through audio inputs and further treated as an audio signal, while experiencing algorithmic 12-channel spatialization. The sum of sounds is returned as an audio signal through the video input of the TV monitor, where the circuit closes and creates a feedback. Cameras are the initiators of the sound narrative that is created by converting the image into sound, while the visualization of the act of eavesdropping is realized by converting the sound into the image that is manifested on the TV monitor. Through this installation, video cameras are acquiring an atypical role, the role of a listener. It is a form of self-reflection and visual and auditory research of self-control. The interactive dimension of the work is created by the random passing of the visitor in front of the cameras, during which he/she intervenes in the video-audio manifestation of the closed circle.

The project was developed in collaboration with SuperCollider software programmer Hannes Hölzl.

The project is realized with the support of: The Ministry of Culture of the Republic of Croatia & The City of Rijeka, the City Departm of Culture