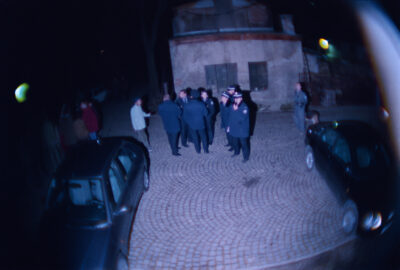 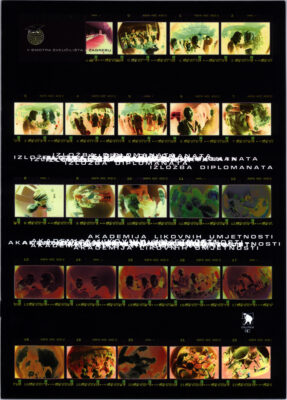 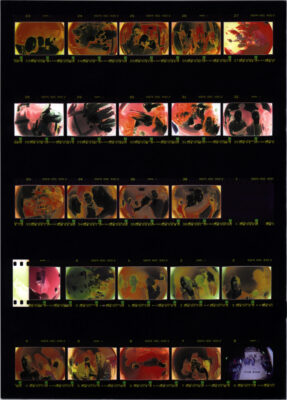 The catalogue documents one generation, its space and time. The design was inspired by revolt toward the establishment, the political state into which I was born and where I live. Photographies on the catalogue covers witness to a traditional party thrown for freshmen at so many university institutions. The Academy of Fine Arts in Zagreb is no exception here. However, this particular party was brutally interrupted by the Croatian police force who physically attacked students and took a number of them and the Dean to police custody.
During the incident my photo camera was taken from me although I was the accredited photographer for the Academy of Fine Arts.