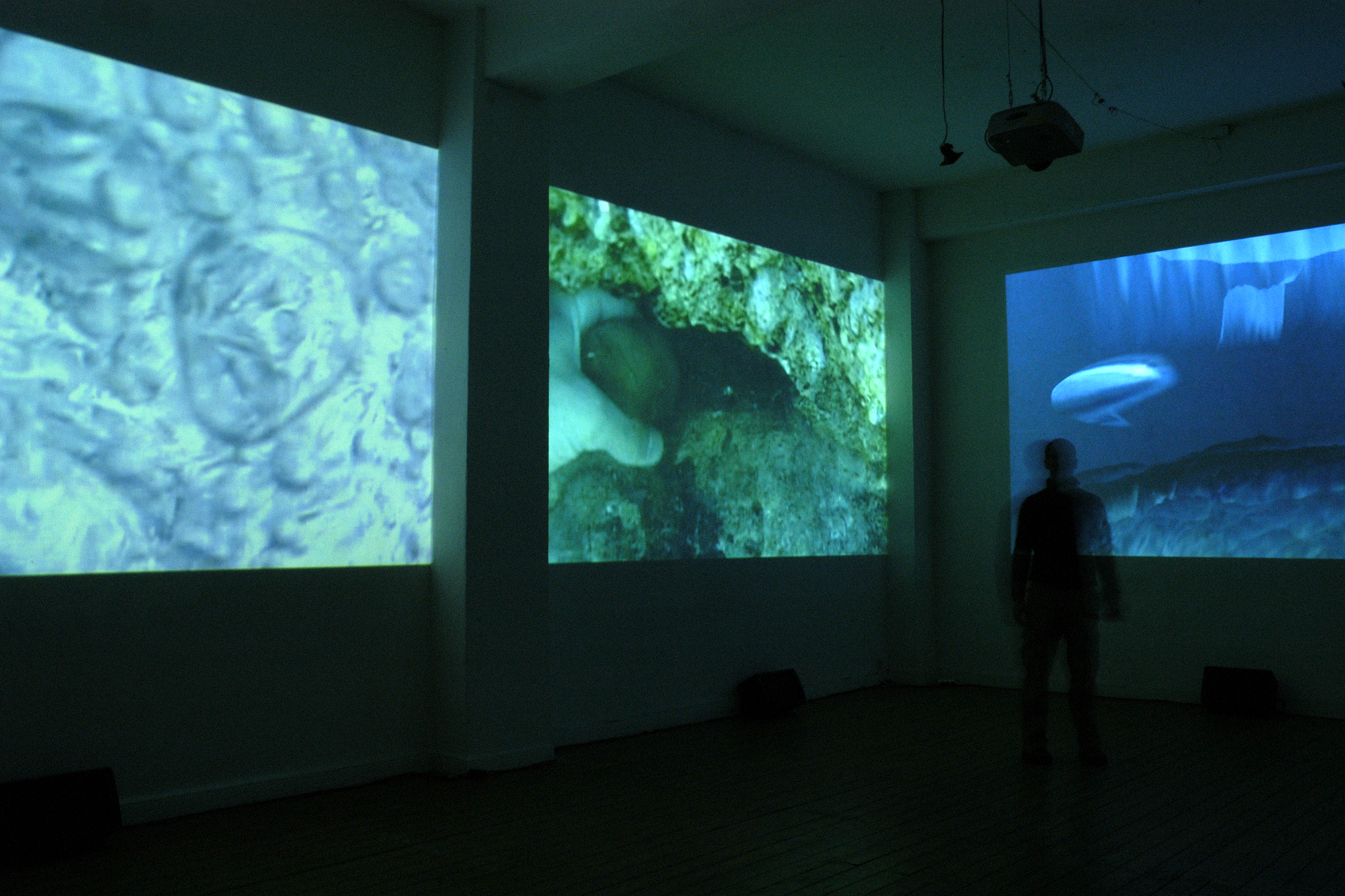 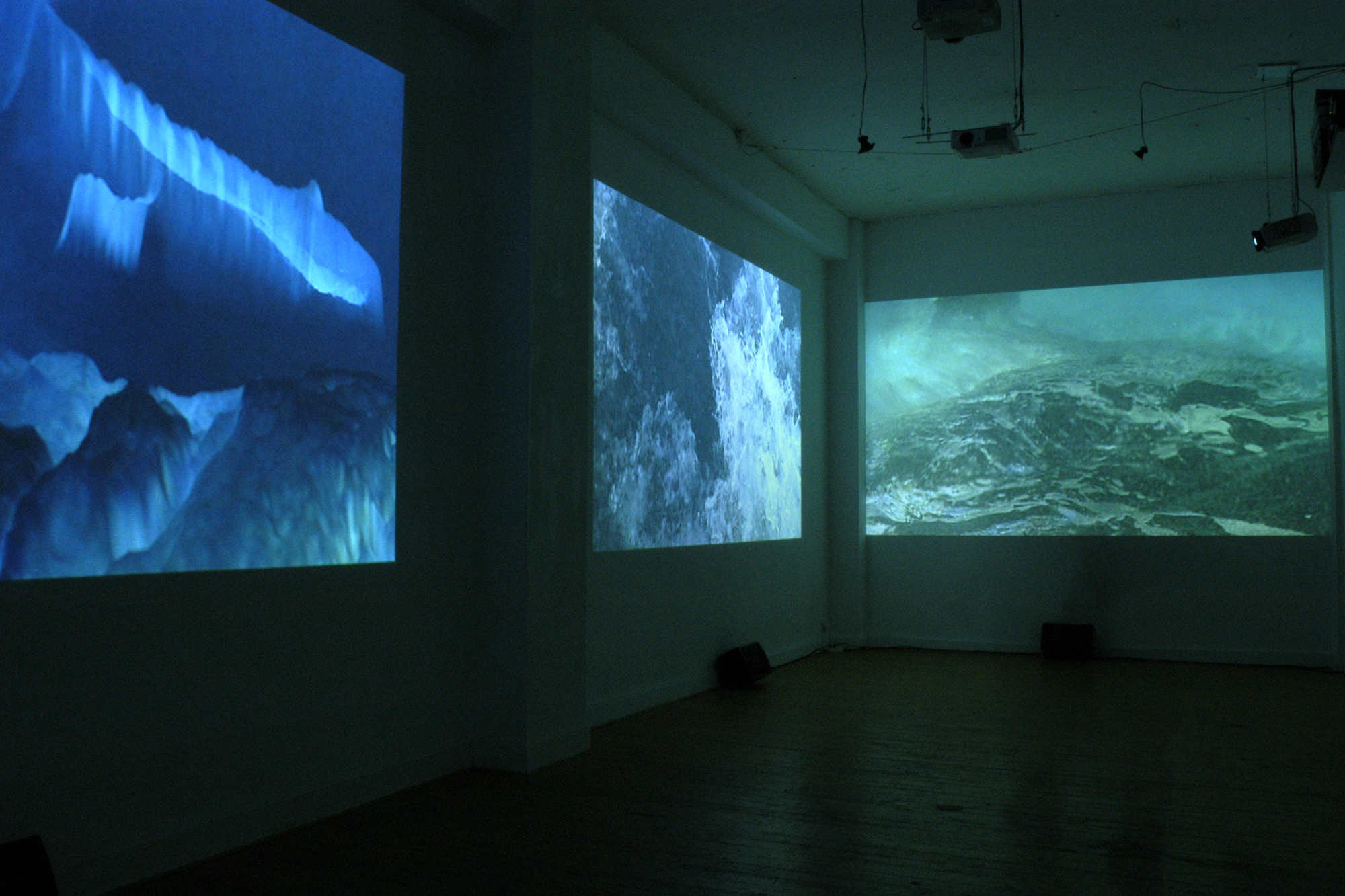 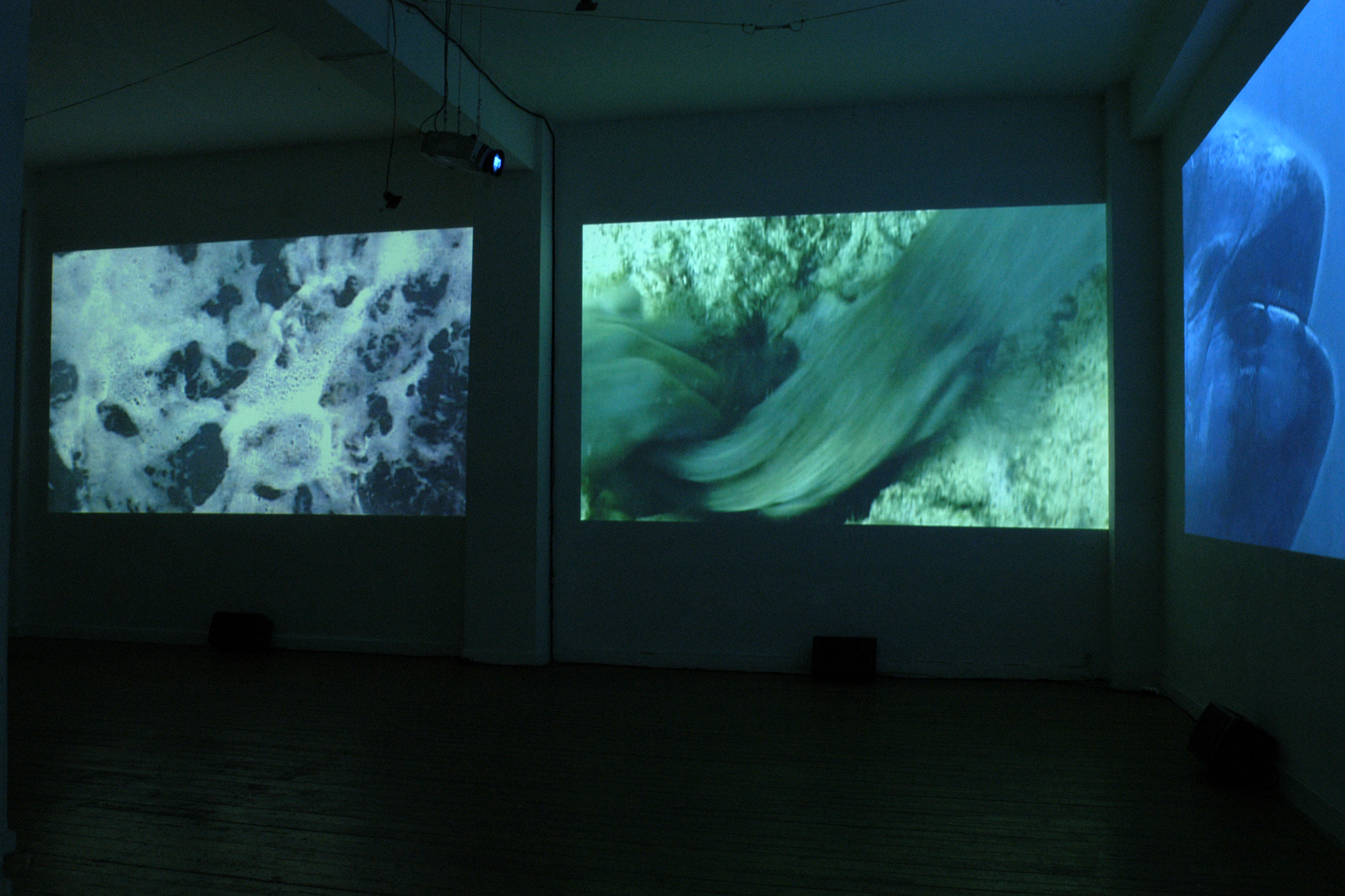 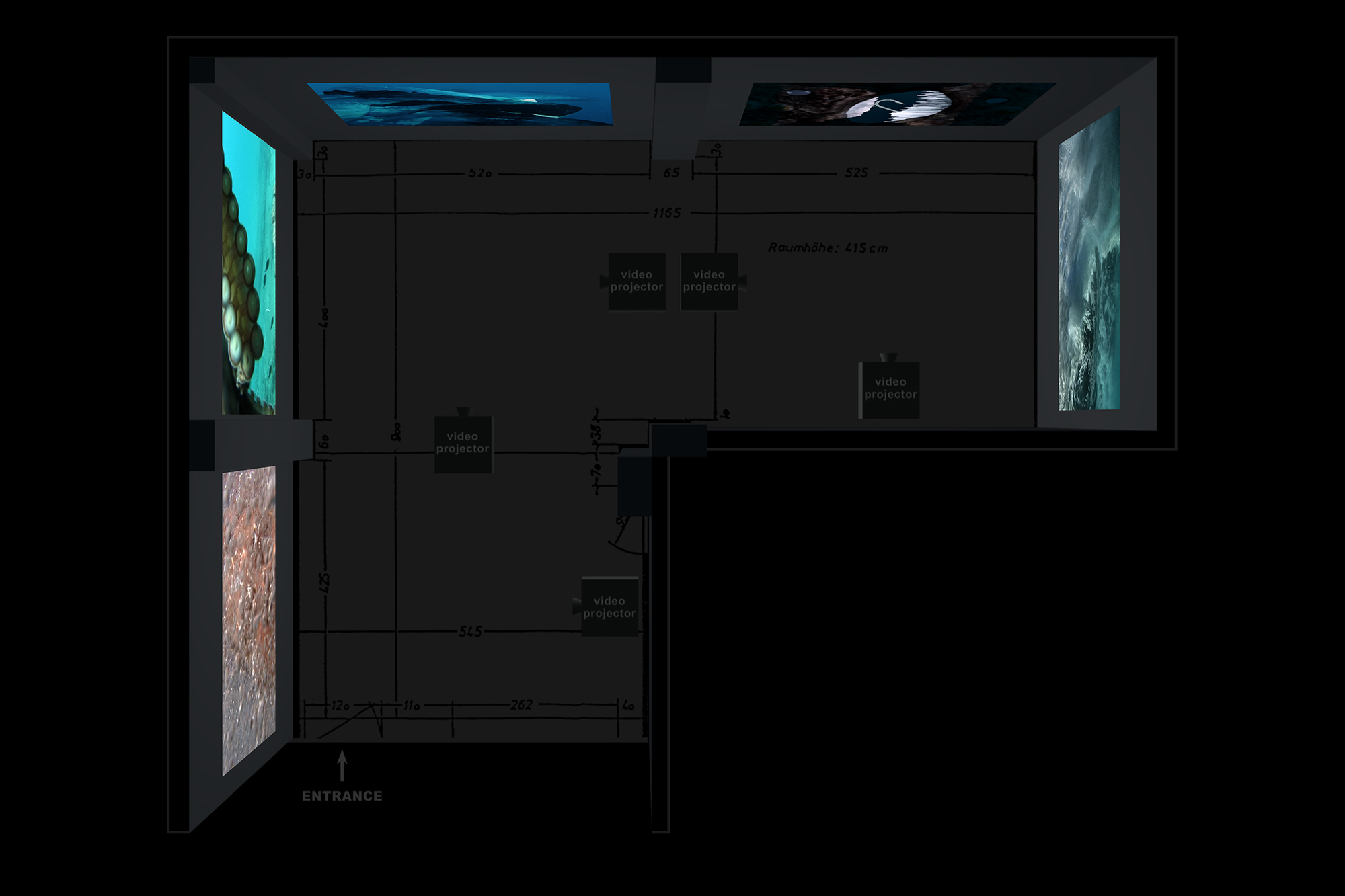 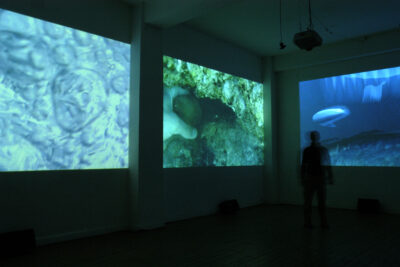 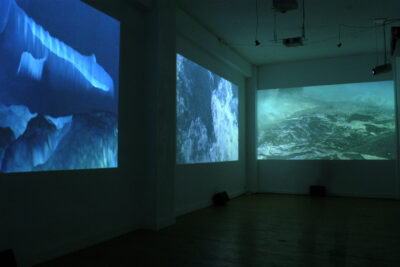 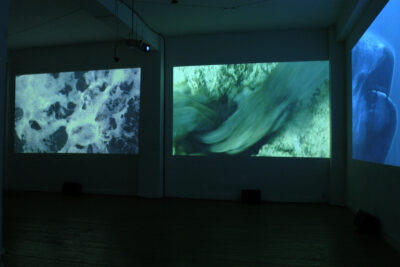 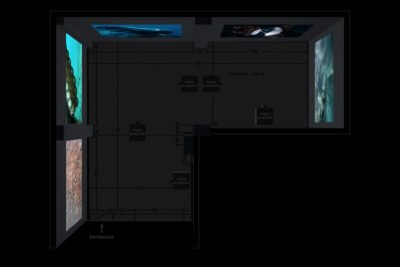 The video installation Abyssos recreates a kind of virtual sea, one that exists in my memory and my perception. As a point of departure I looked at the word Abyssos (bottomless) – a synonym for dark infinities and primal chaos.
As in my earlier works, the source imagery is water, in particular underwater shots of the sea taken over the last two years around the island where I live in Croatia. This original footage is then recombined with the same images that have been manipulated through digital processing technology. Like a kind of a feedback system, “real” imagery (original video footage) is combined with artificial imagery (manipulated footage).
Video sequences are presented on separate screens, depicting my multifaceted ‘communication’ with the sea. The sequences are in a way the perceptual building blocks, made from both original and processed video images, put together under the principle of free visual and sensual associations.
As a sound score for the installation I use audio recordings made onsite with hydrophones and microphones, which are the sounds of the sea itself, the motor of a boat, sea inhabitants, and even traces of conversations traveling in the seawater depths occasionally captured by the hydrophones.
It is important for me to create works with the intention of stimulating unconscious impulses with in the observer. It is this space between conscious and unconscious perception (which in one sense is the “untouchable” or the intangible), which interests me.
“Abyssos” presents the sea as a medium for the collective world memory. Through this idea of collectivity, or better said, connectivity, the work highlights the rhythms and loops of sounds and images occurring in the natural environment.