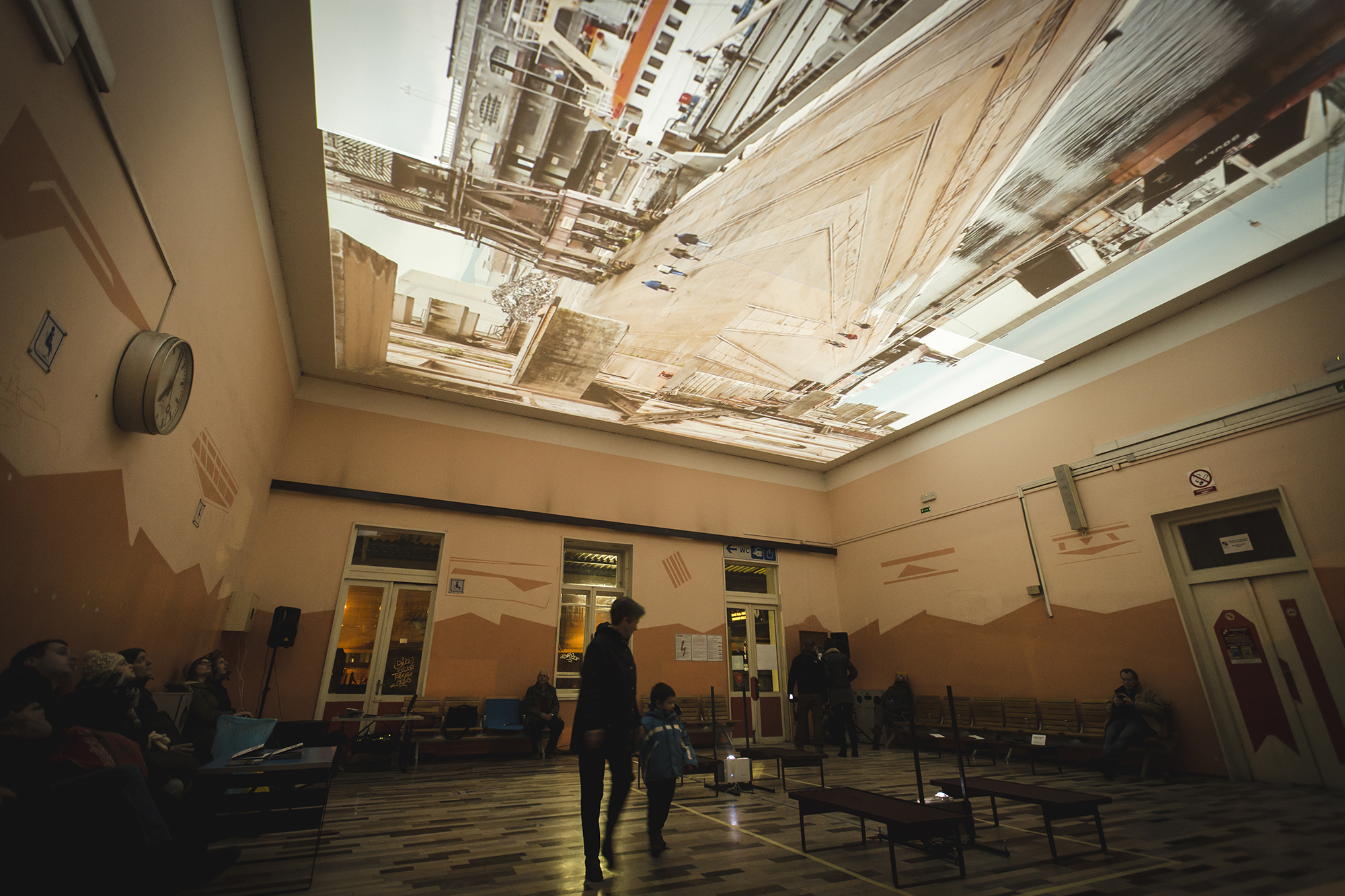 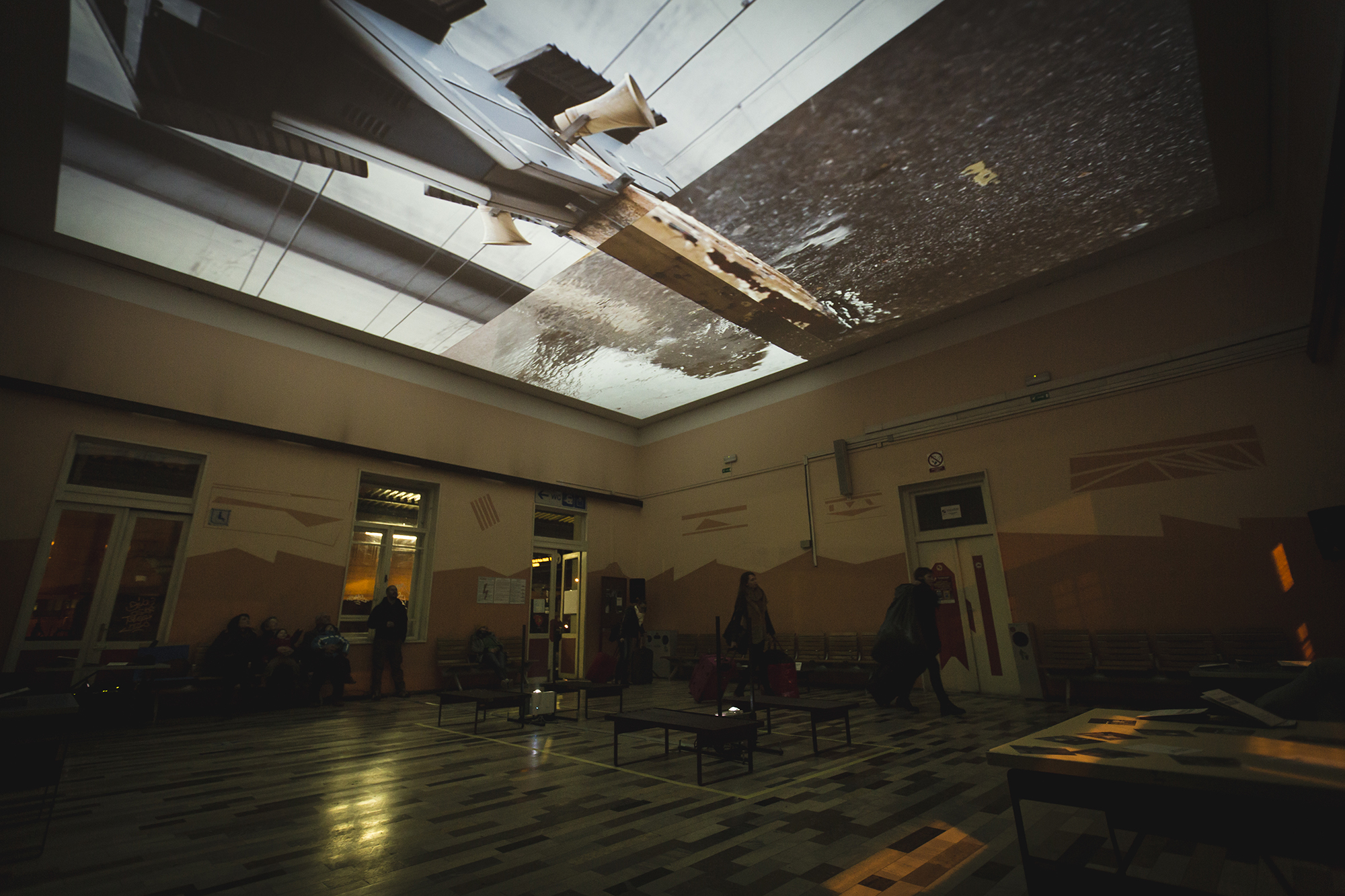 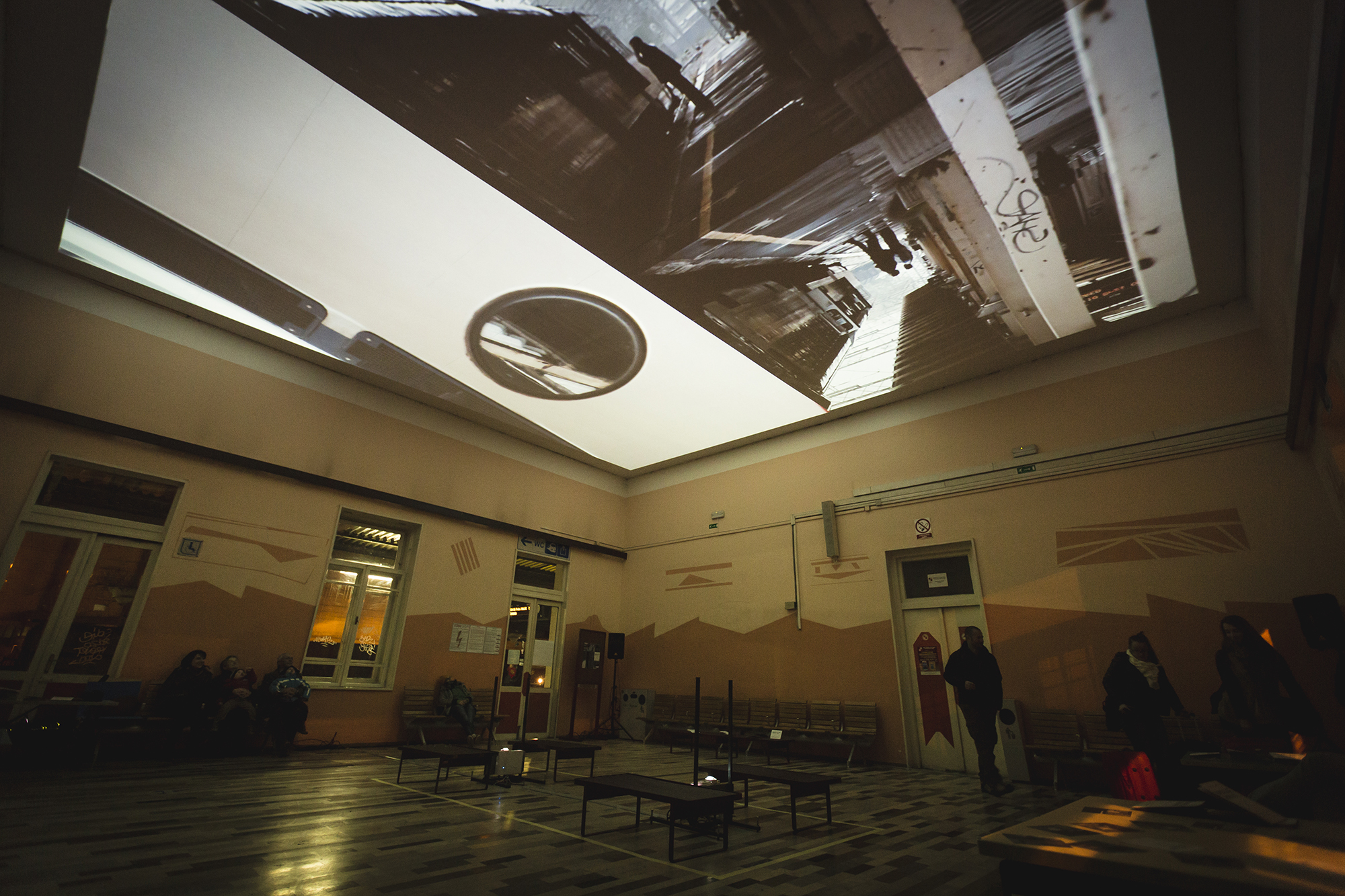 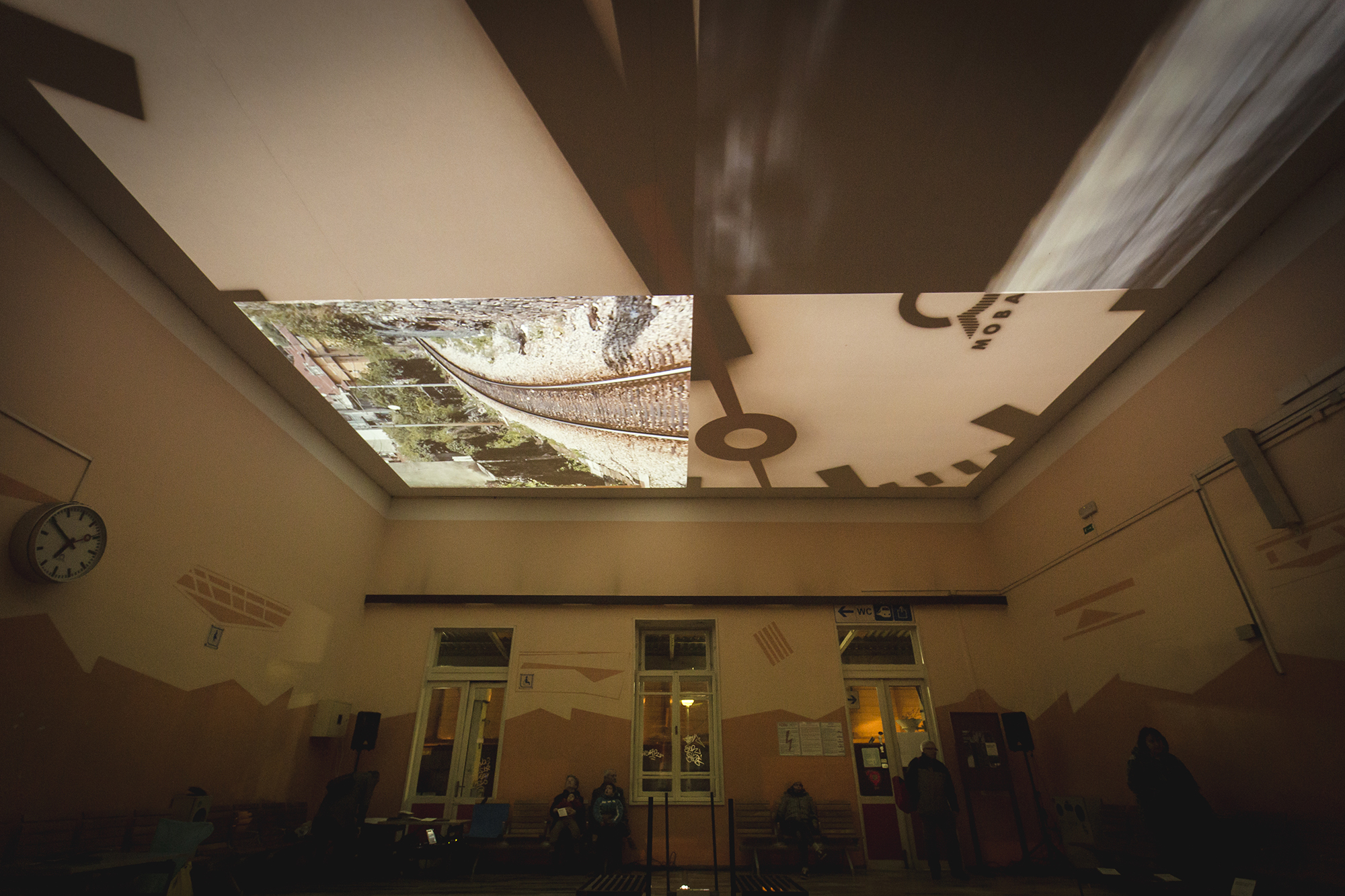 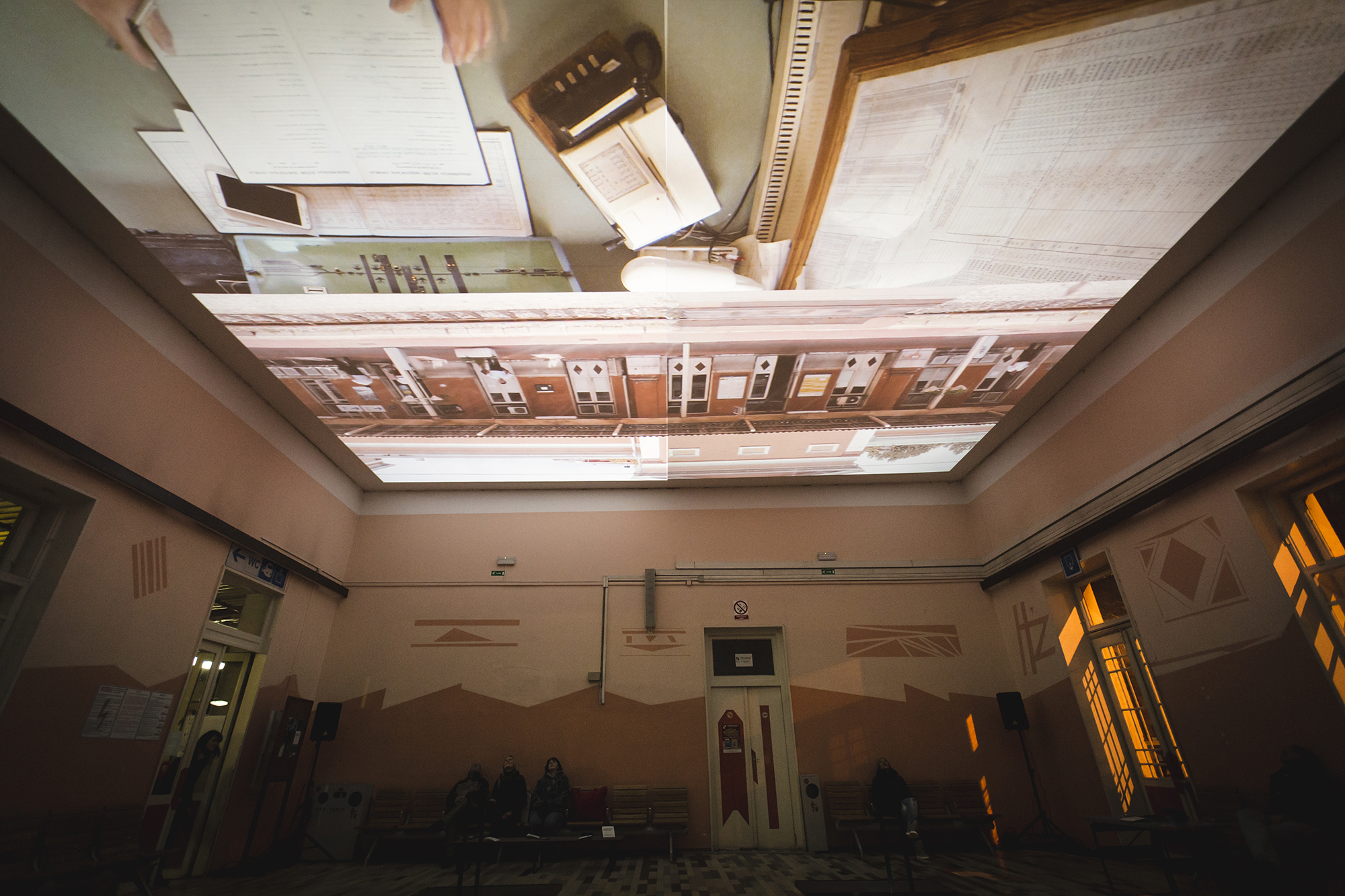 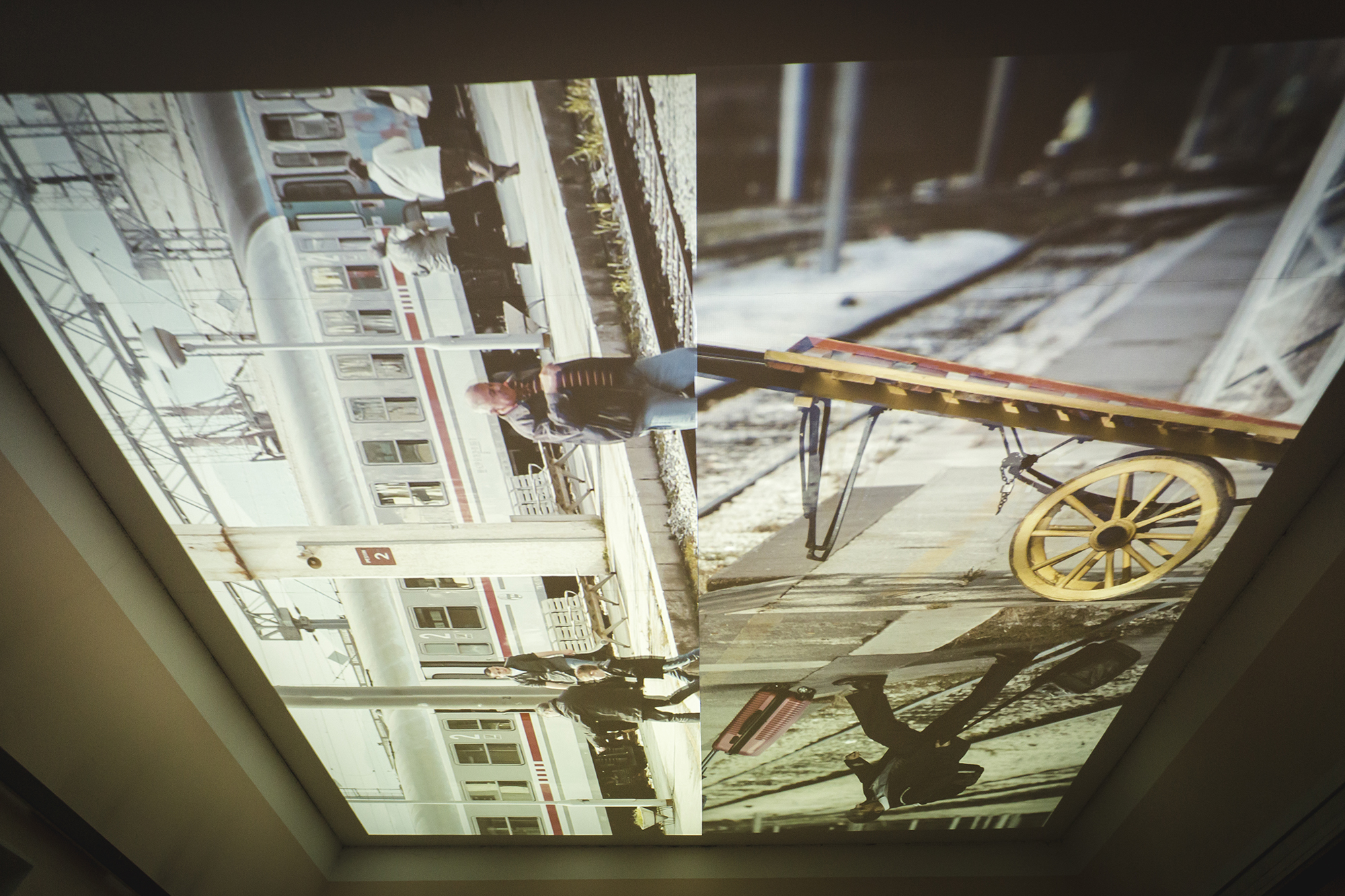 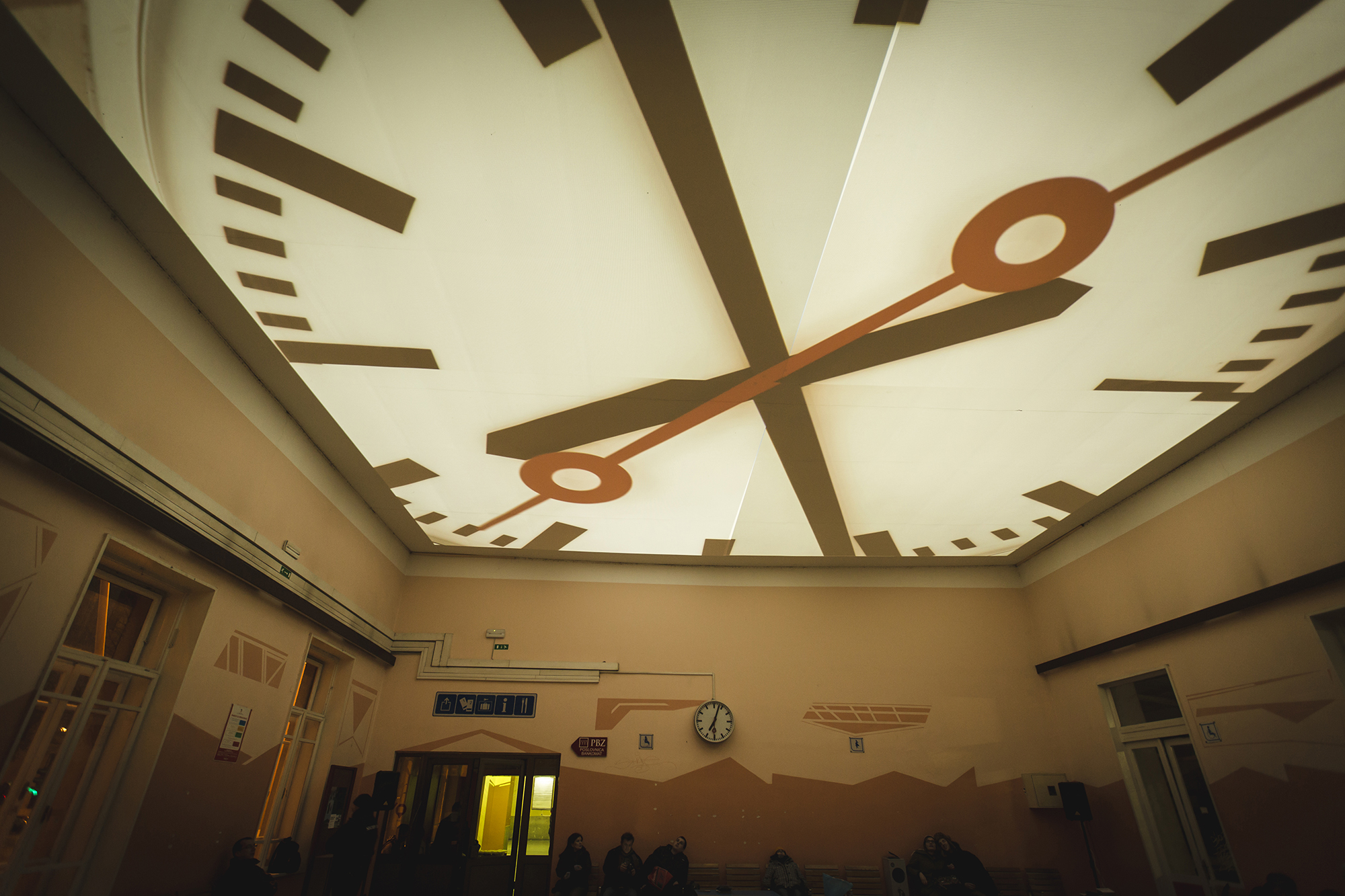 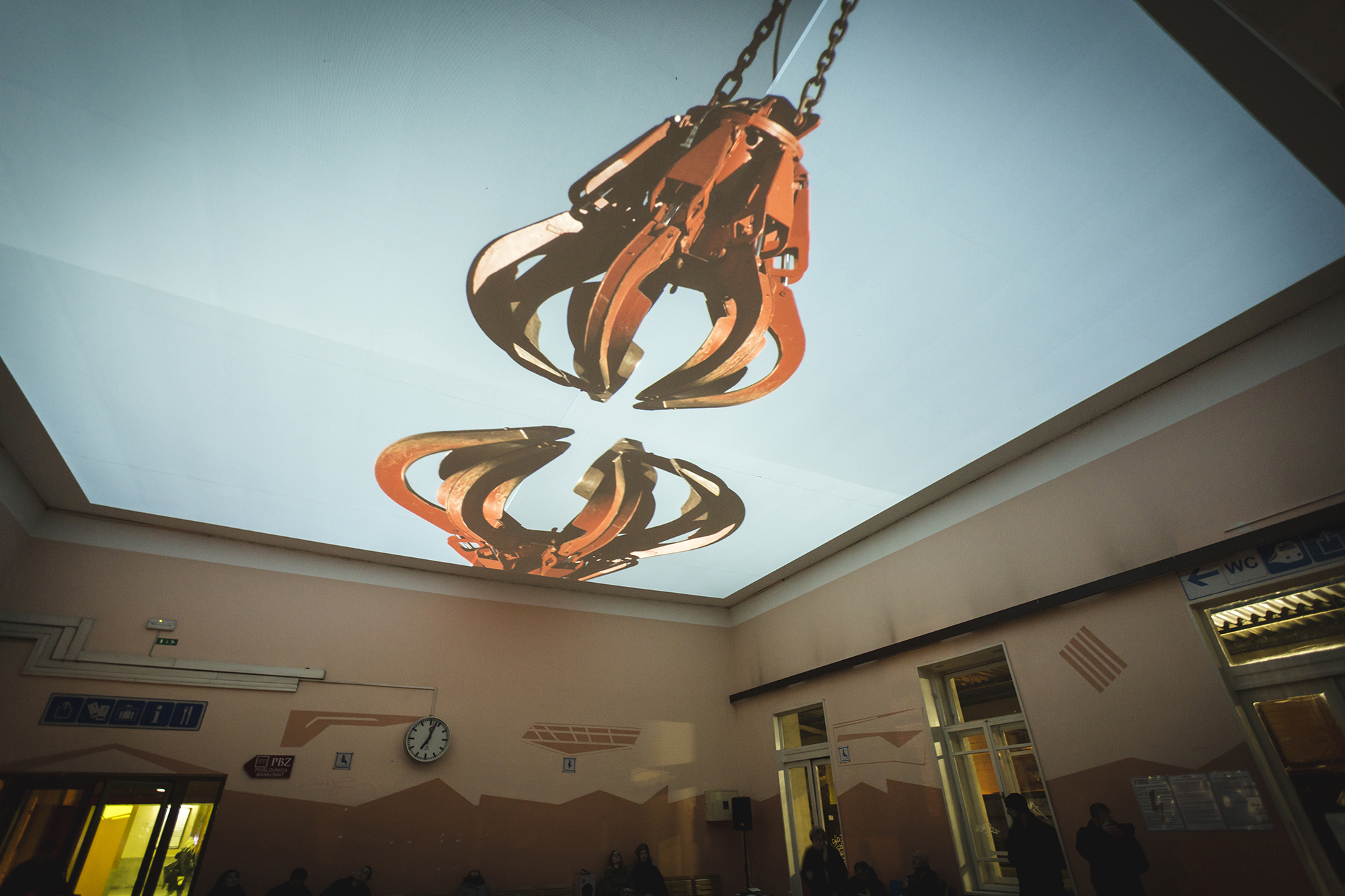 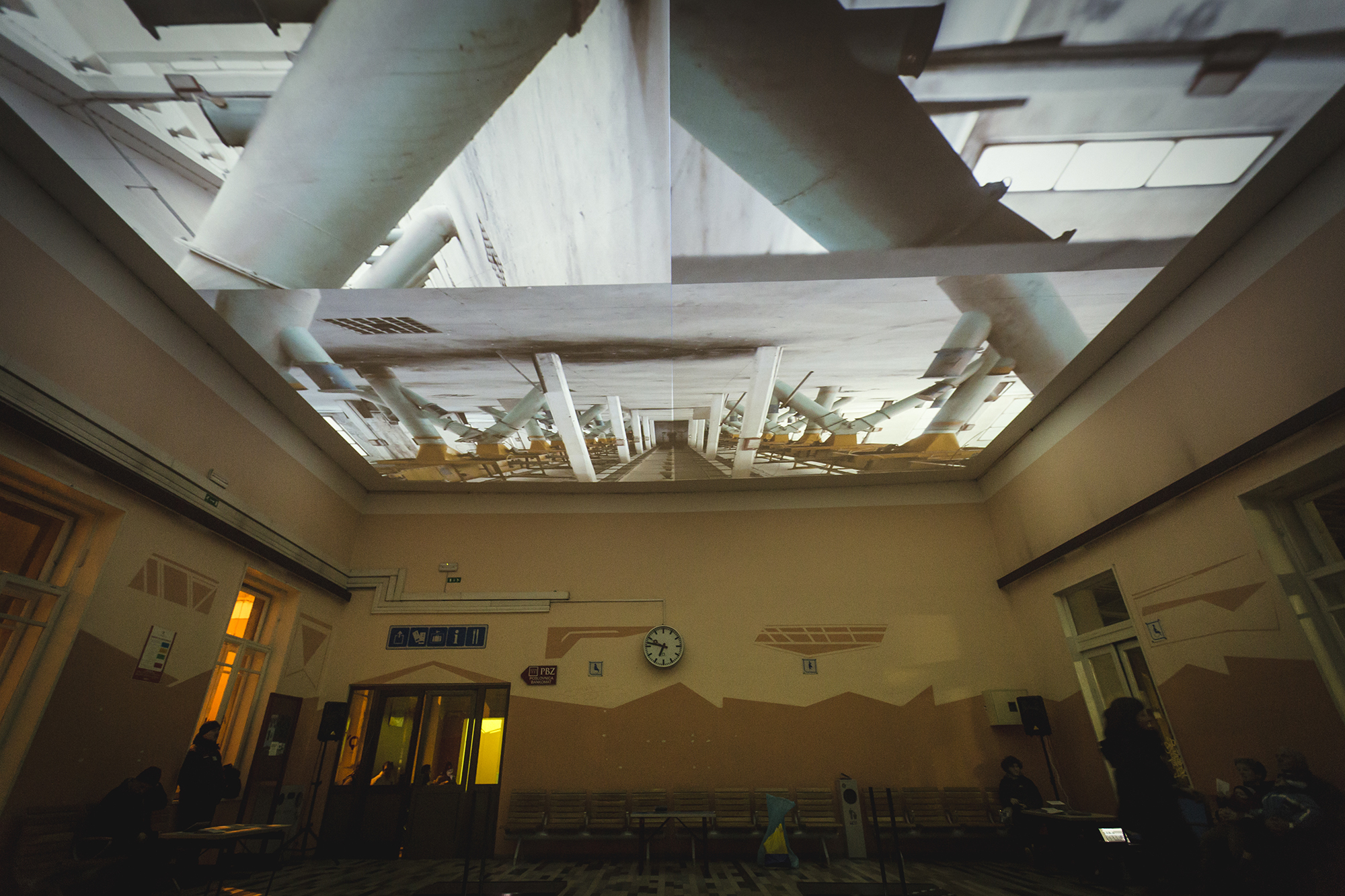 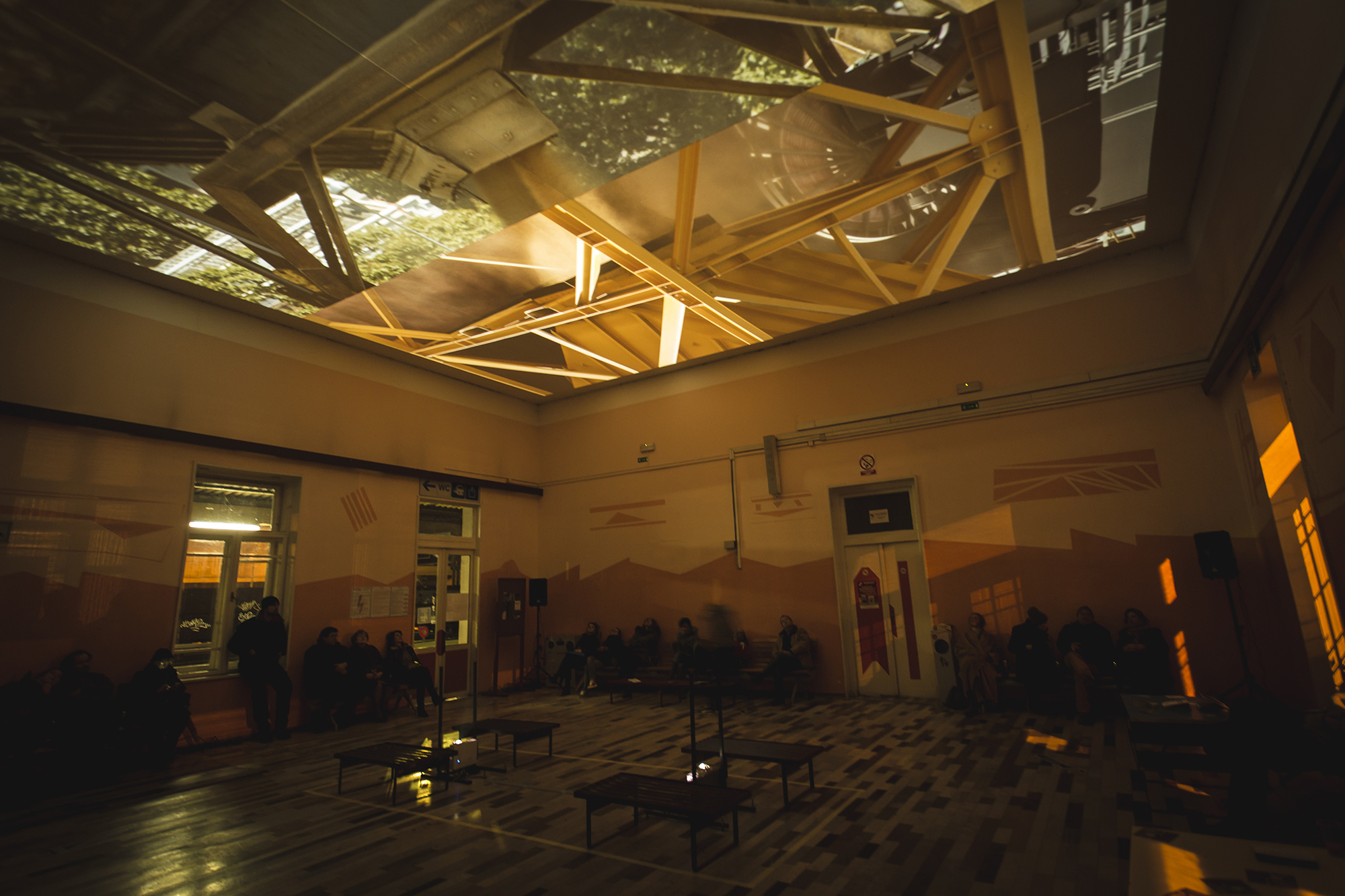 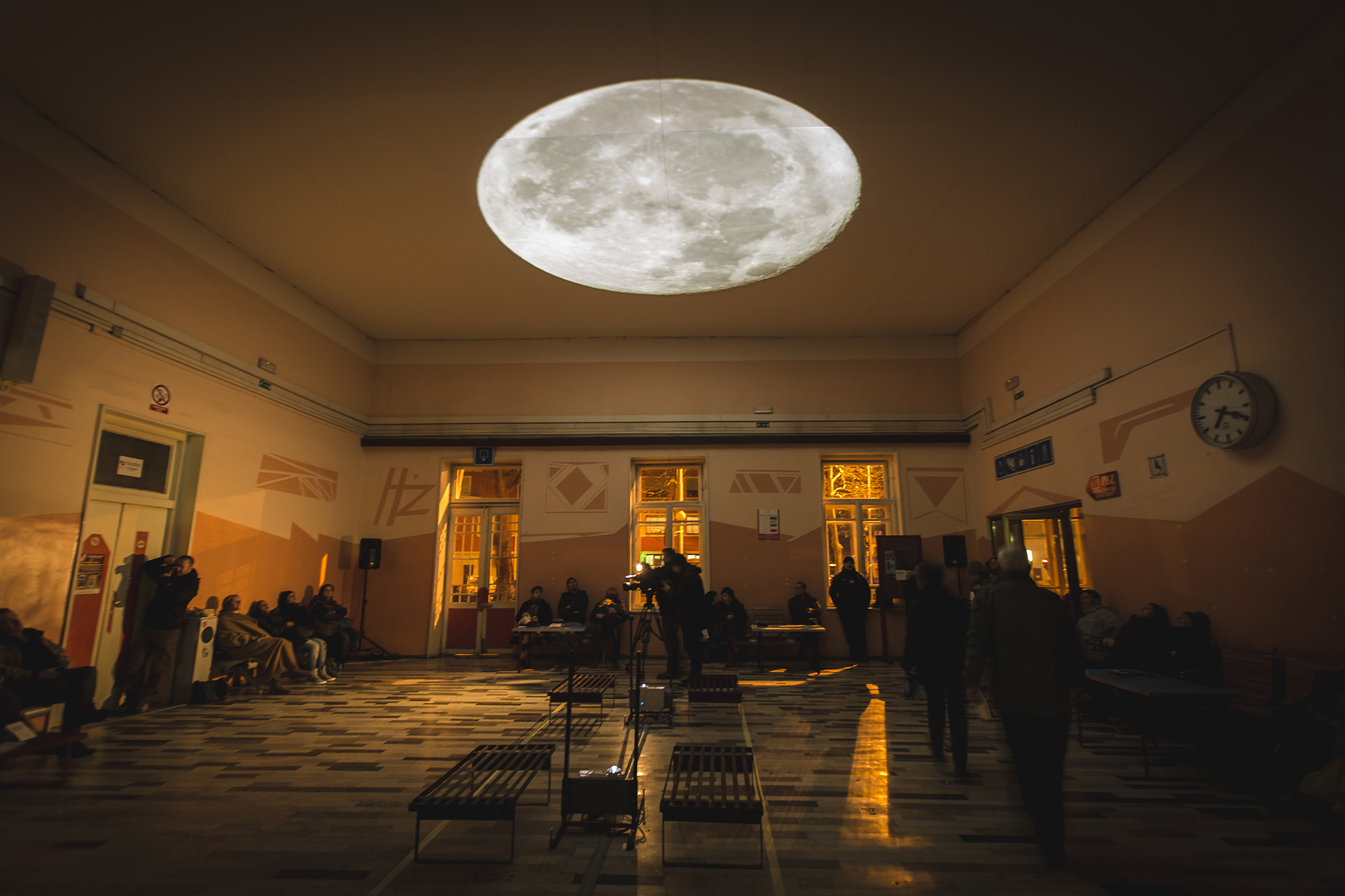 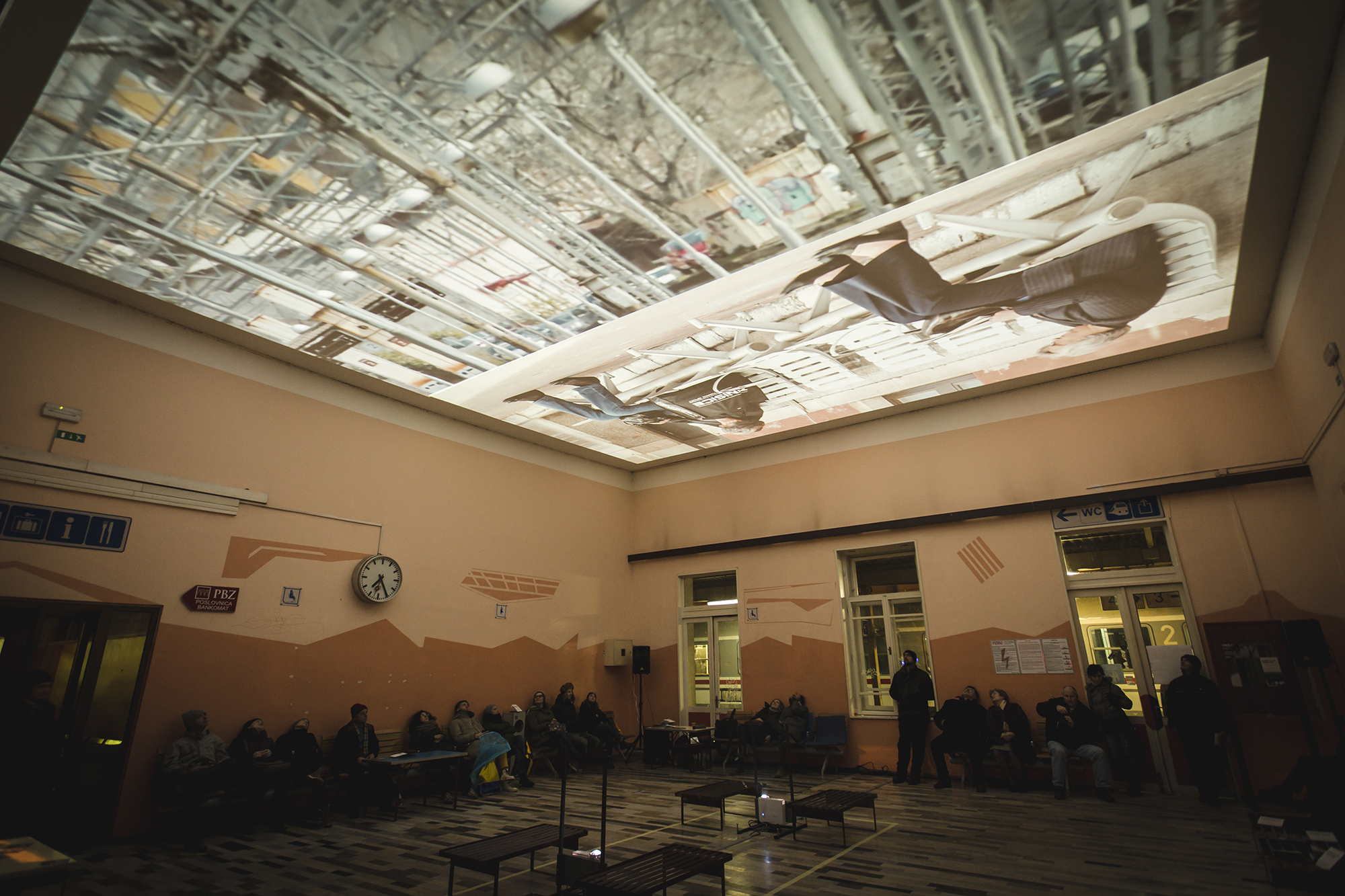 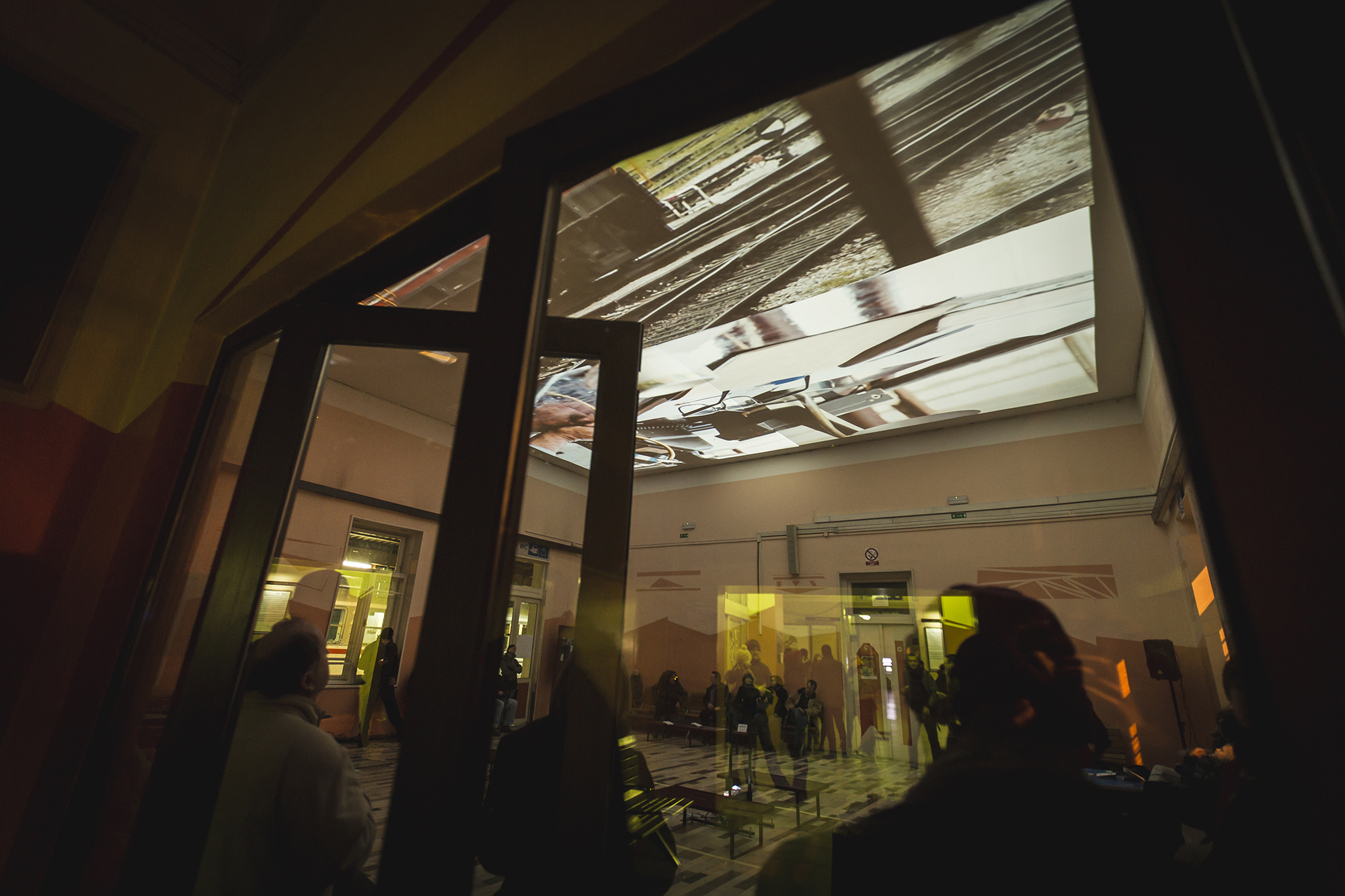 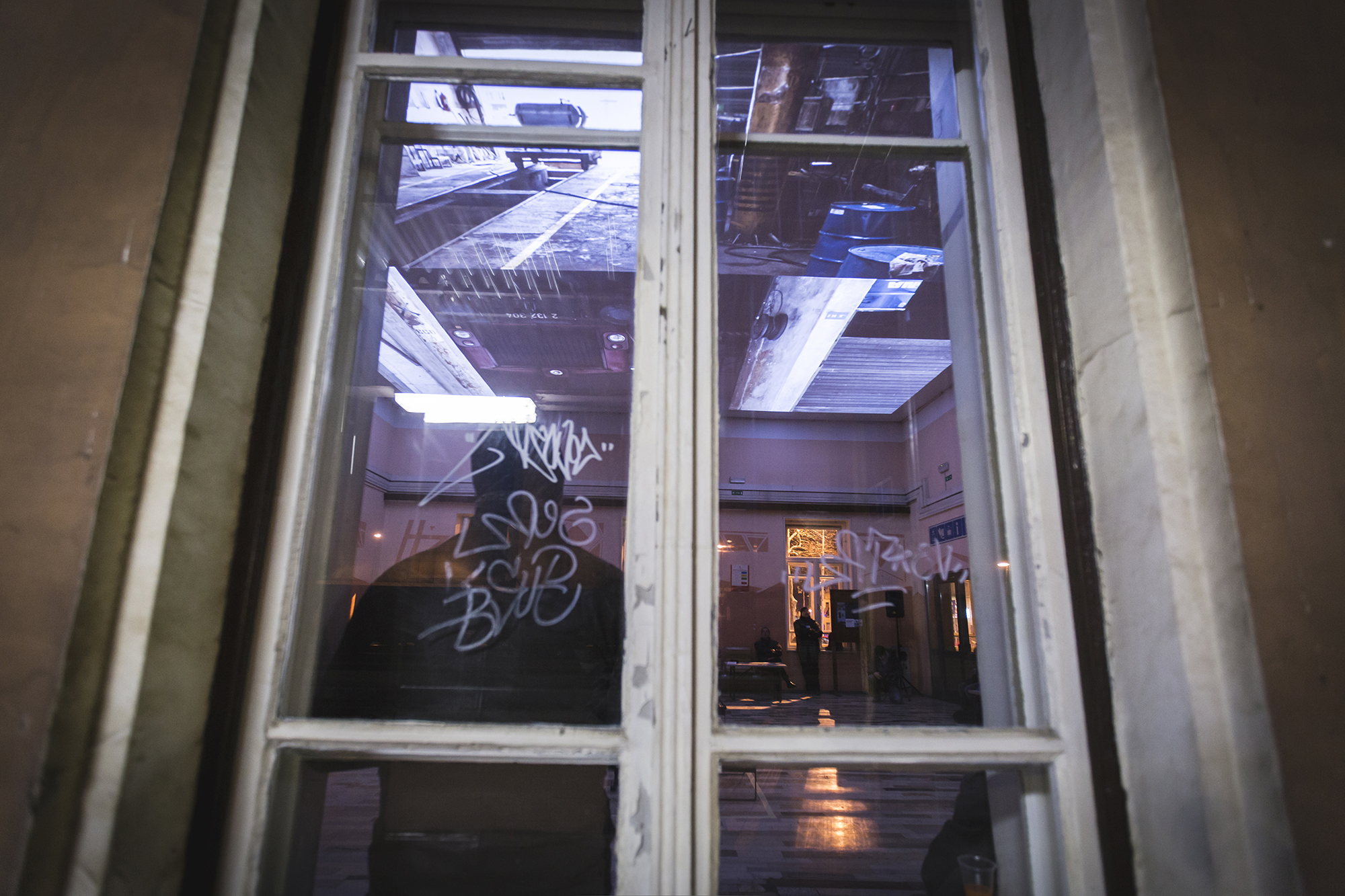 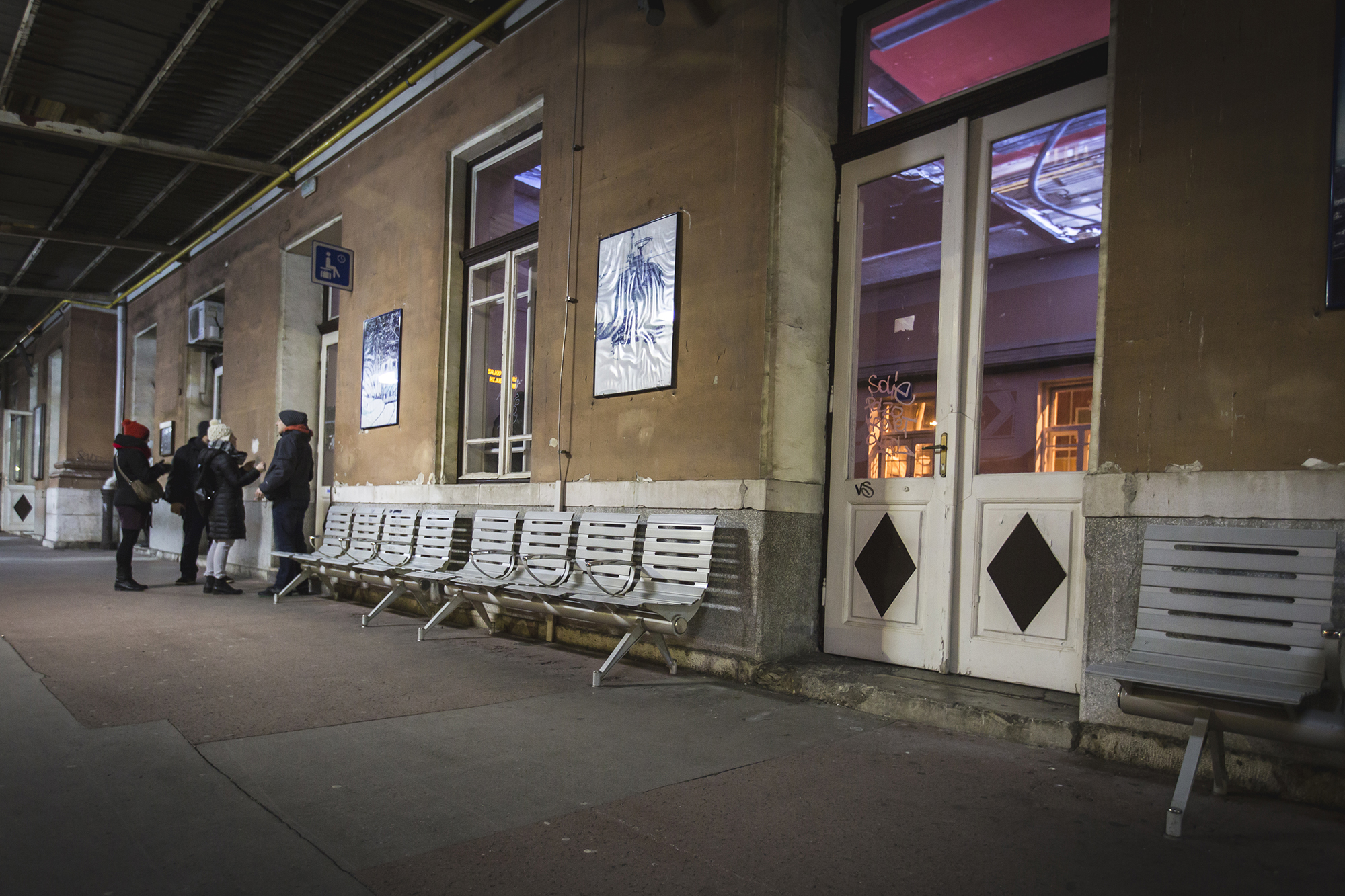 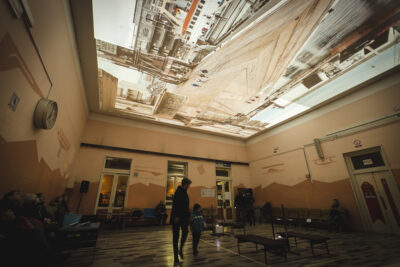 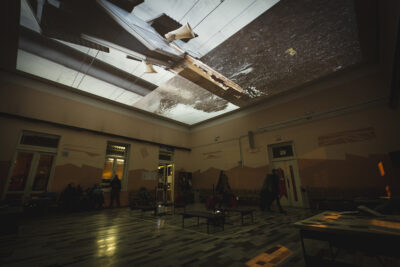 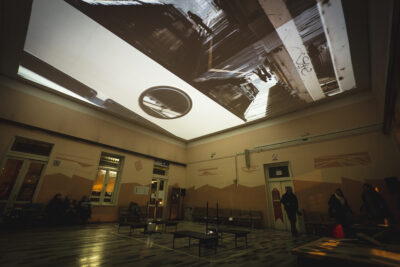 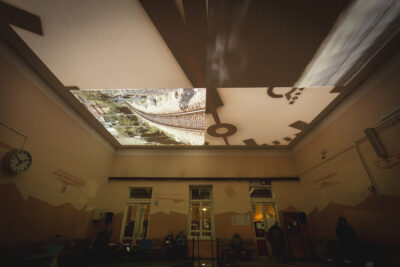 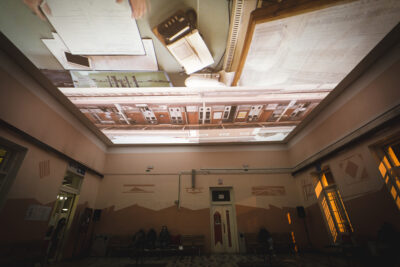 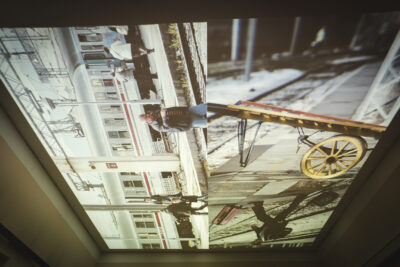 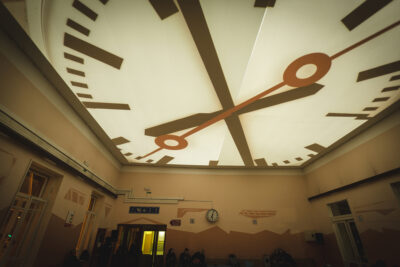 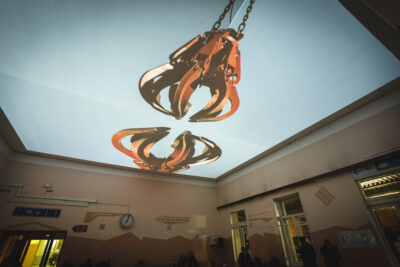 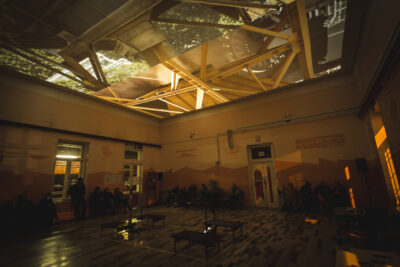 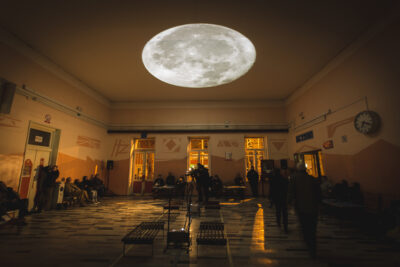 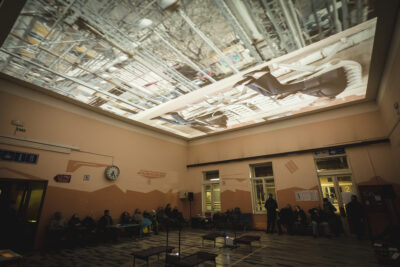 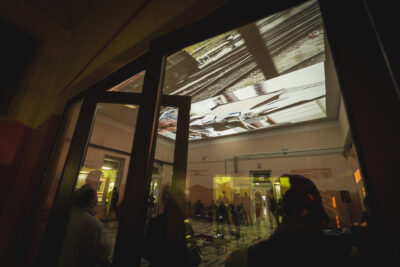 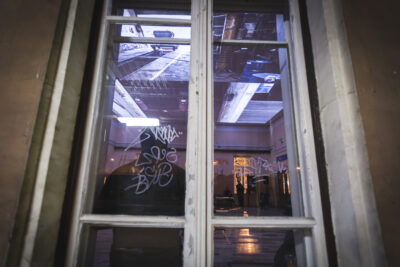 A Waiting Room for People, Machines, and the City

In February 2015, residents of Rijeka and visitors to the city had a chance to experience a living story of the historic port and railway strip. Since December 2013, artists Nadija Mustapić and Toni Meštrović have been creating a multi-channel site-specific audio/video work called Čekaonica za ljude, strojeve i grad (A Waiting Room for People, Machines, and the City). This work has been created especially for the railway station waiting room. It takes a poetic documentary approach to telling stories of the historically, strategically, and aesthetically distinctive sites along the railway strip and the port area: the station, railway tracks, switches, adjunct buildings/shacks, locomotive repair garage, the closed locomotive turntable roundhouse, the silos, the port area warehouses, docks, and cranes.

The railway station waiting room is chosen as a symbolic home for the public installation in February 2015 because it is a historic point of departure from and arrival to Rijeka. Built during the Austro-Hungarian Empire in the mid-1800s as one of key access points to the Adriatic for the Empire, this train station marked the moment when the city of Rijeka was connected with Central Europe for the first time by railway and became Budapest’s port access to the sea. Rijeka grew into a strategic and established port city, as well as a significant industrial city, which kept its “blue collar&quo; identity until 1990s.

Over the past 20 years, Rijeka’s port, railway, and ship-building industry has been undergoing a slow and difficult process of loss and transition. Still without a clear itinerary of where it is going and how it will arrive there, Rijeka is considering its possible futures. The current General Urban Plan (GUP) presented in 2006 prioritizes the re-purposing and re-structuring some of historically industrial and port-related areas in the city’s center. Concurrent with the city’s plans for future, many of its citizens have lost and continue to lose their jobs at the remaining working factories-those which haven’t already been brought to bankruptcy or closed down in the war-torn period of the 90s. Residents are unclear about the future of their city. Many are skeptical that this city will ever prosper again without its industries because other economic bases will be challenging to sustain in the context of Croatia today. The story of the port and railway is a powerful metaphor for the narrative of Croatia itself, which has seen great success, crushing failure, and drastic change over time.

As with previous works, the artists Nadija Mustapić and Toni Meštrović have captured the textural qualities of a certain place, and have constructed and abstracted poetic narratives. This project is ultimately about different kinds of waiting: for a train, for a future. The actual railway waiting room and its participants become a part of the work themselves, part of the change that the site-and the city-is undergoing.