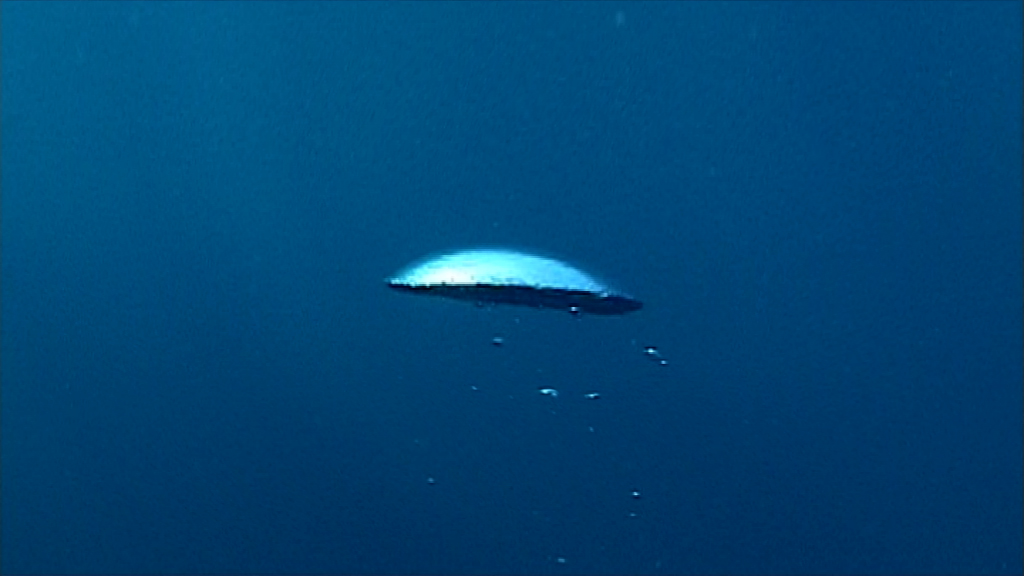 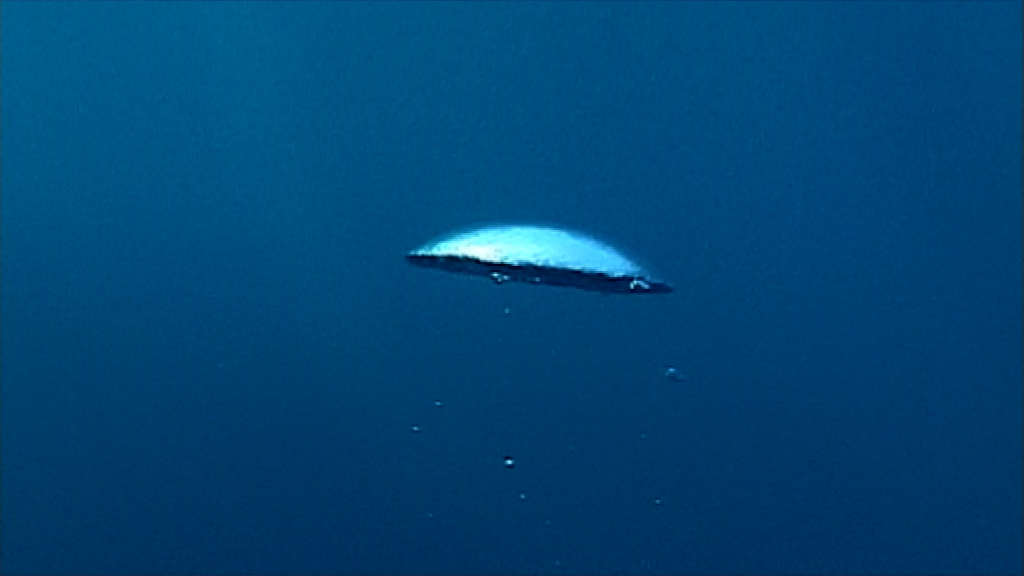 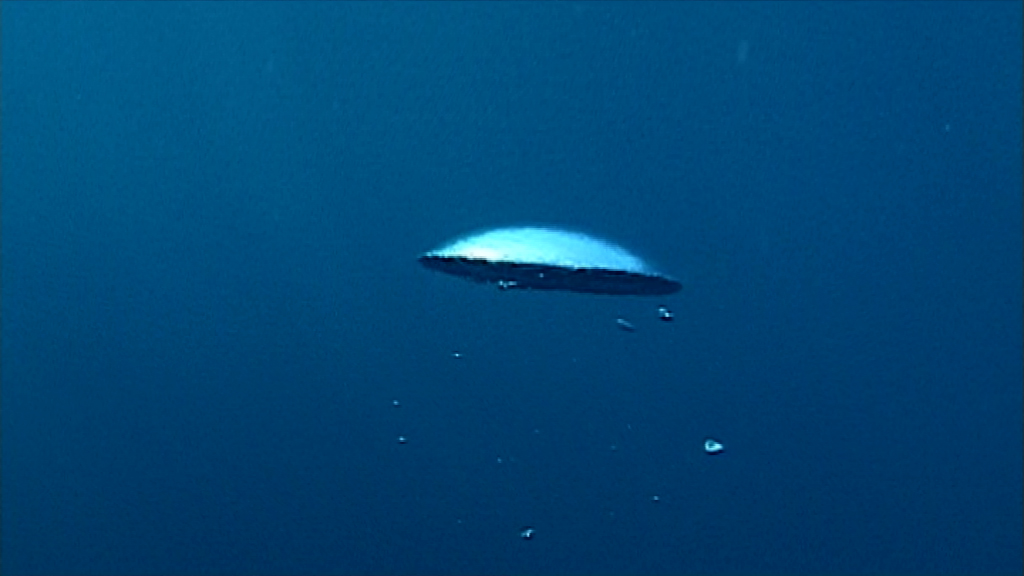 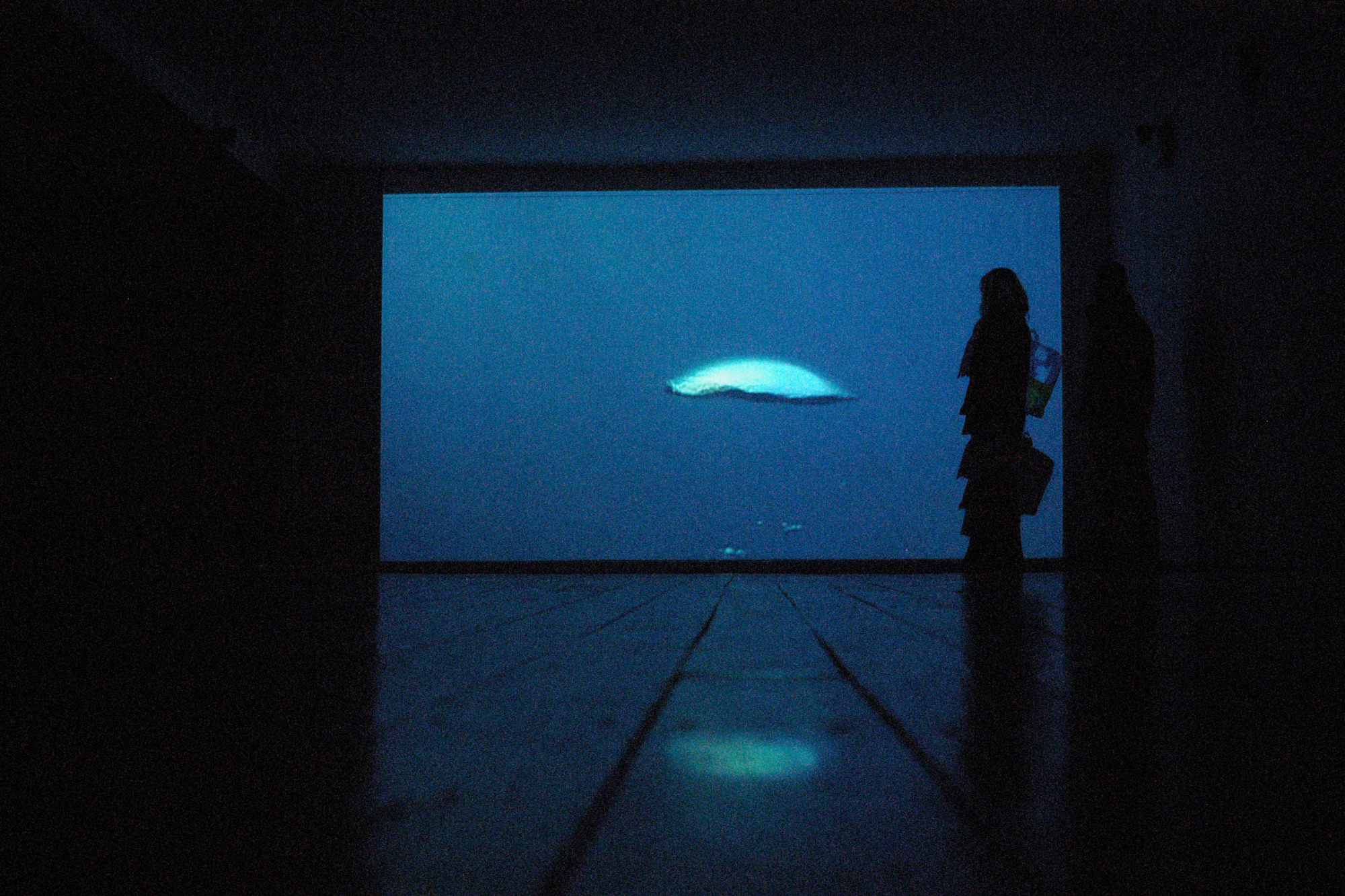 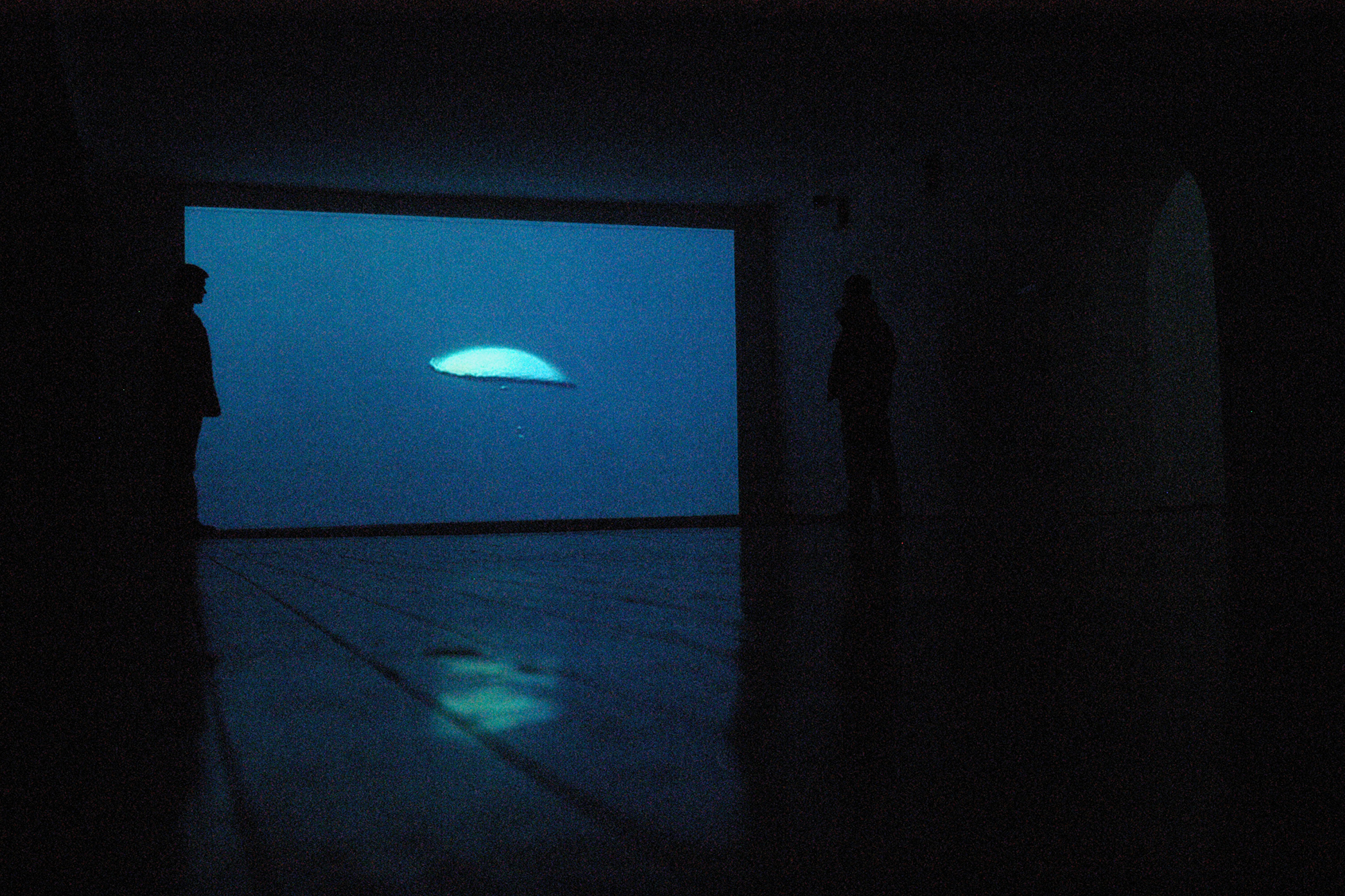 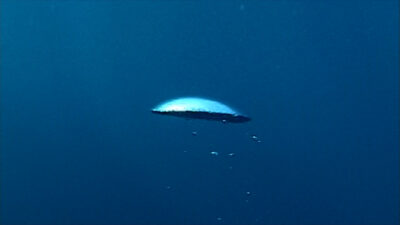 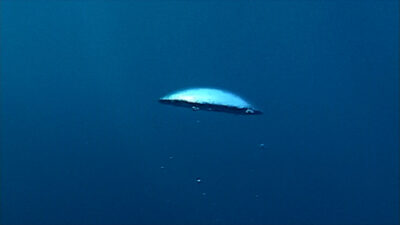 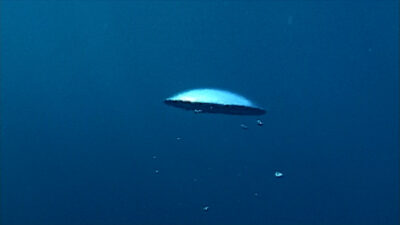 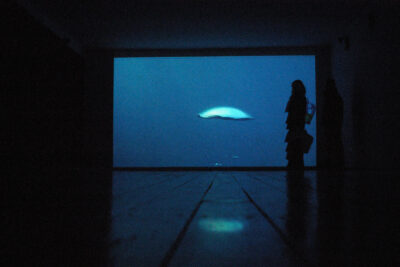 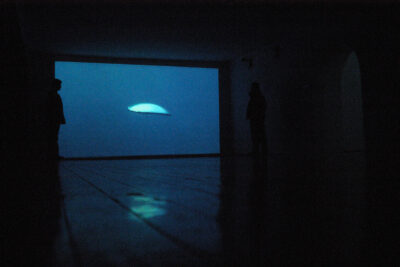 The work is a 6 sec. long video loop, representing the image of an air bubble rising from the depth through seawater trying to reach the surface. But against the laws of physics, the bubble never manages to come out of the water and remains “caught” by the sea in an endless attempt to leave it. The image of the bubble was taken with an underwater video camera near the Dalmatian coast in the Adriatic Sea. The sound is the original sound of air bubbles in the water recorded by hydrophones. The original video was digitally processed in such a way, that the bubble is kept in a loop and never reaches the surface.
The work was inspired by a scientific article about a mysterious sound phenomenon, called in the article “A Blue Note”, said to be responsible for the natural tendency of gas bubbles in seawater to damp out the higher frequencies.