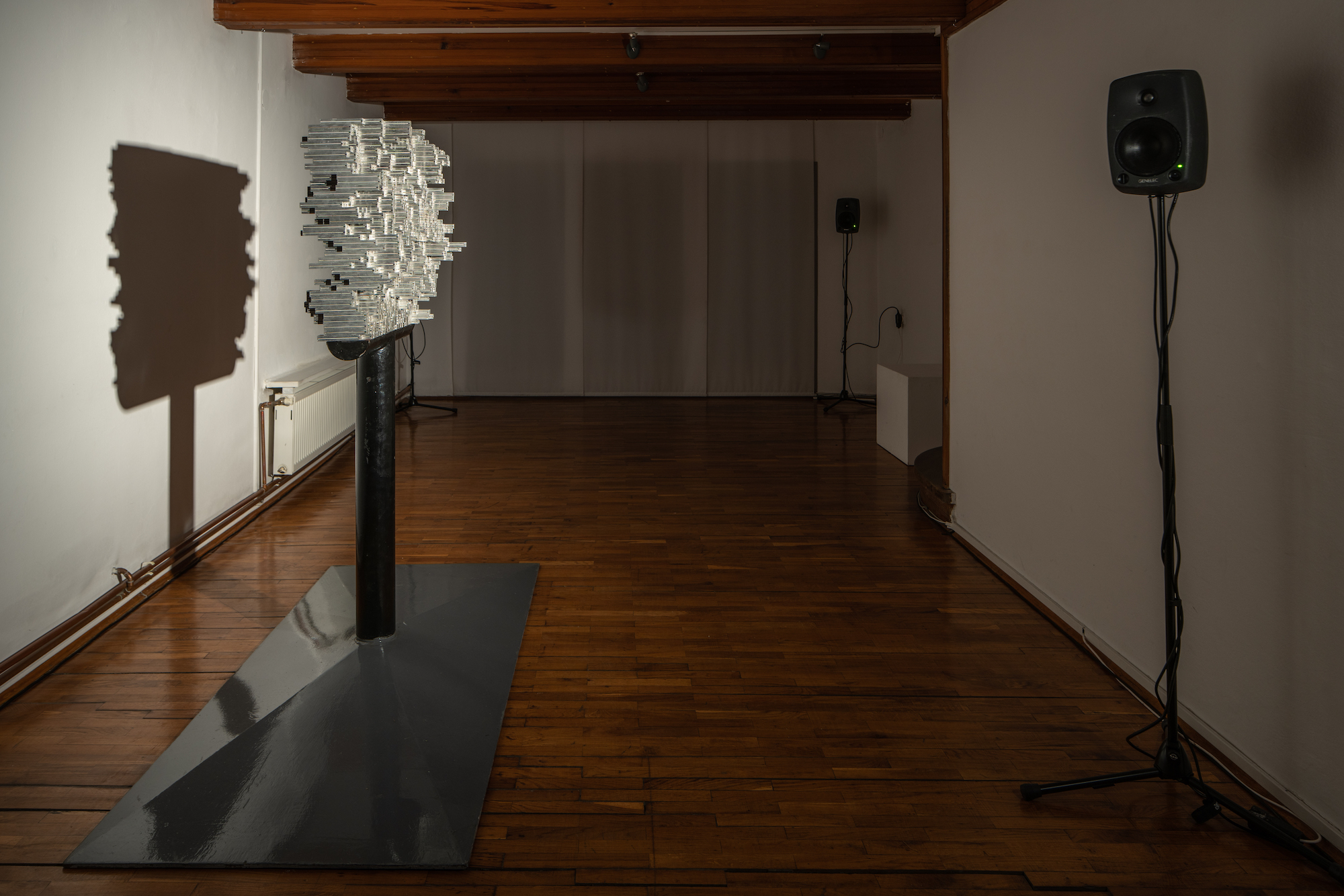 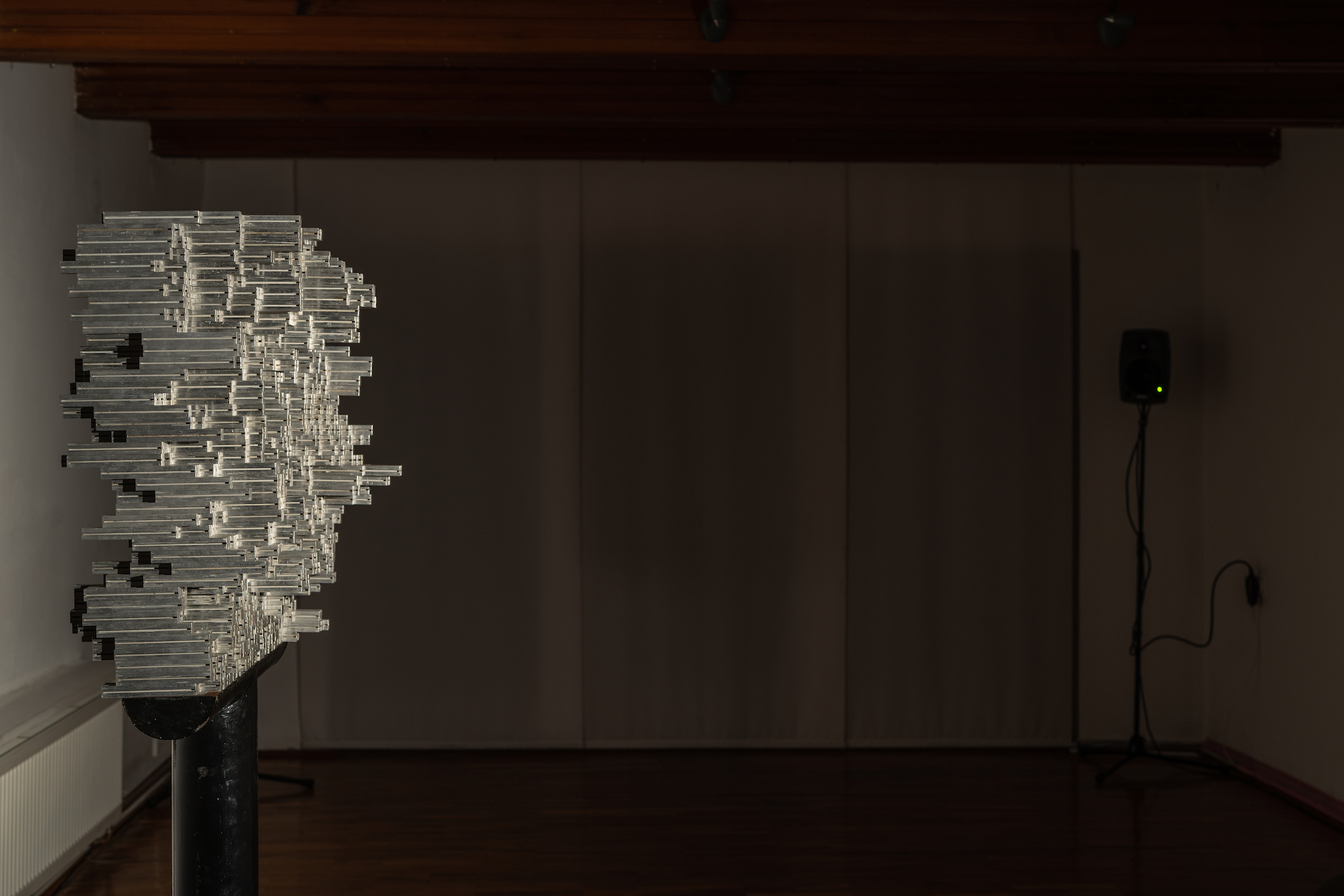 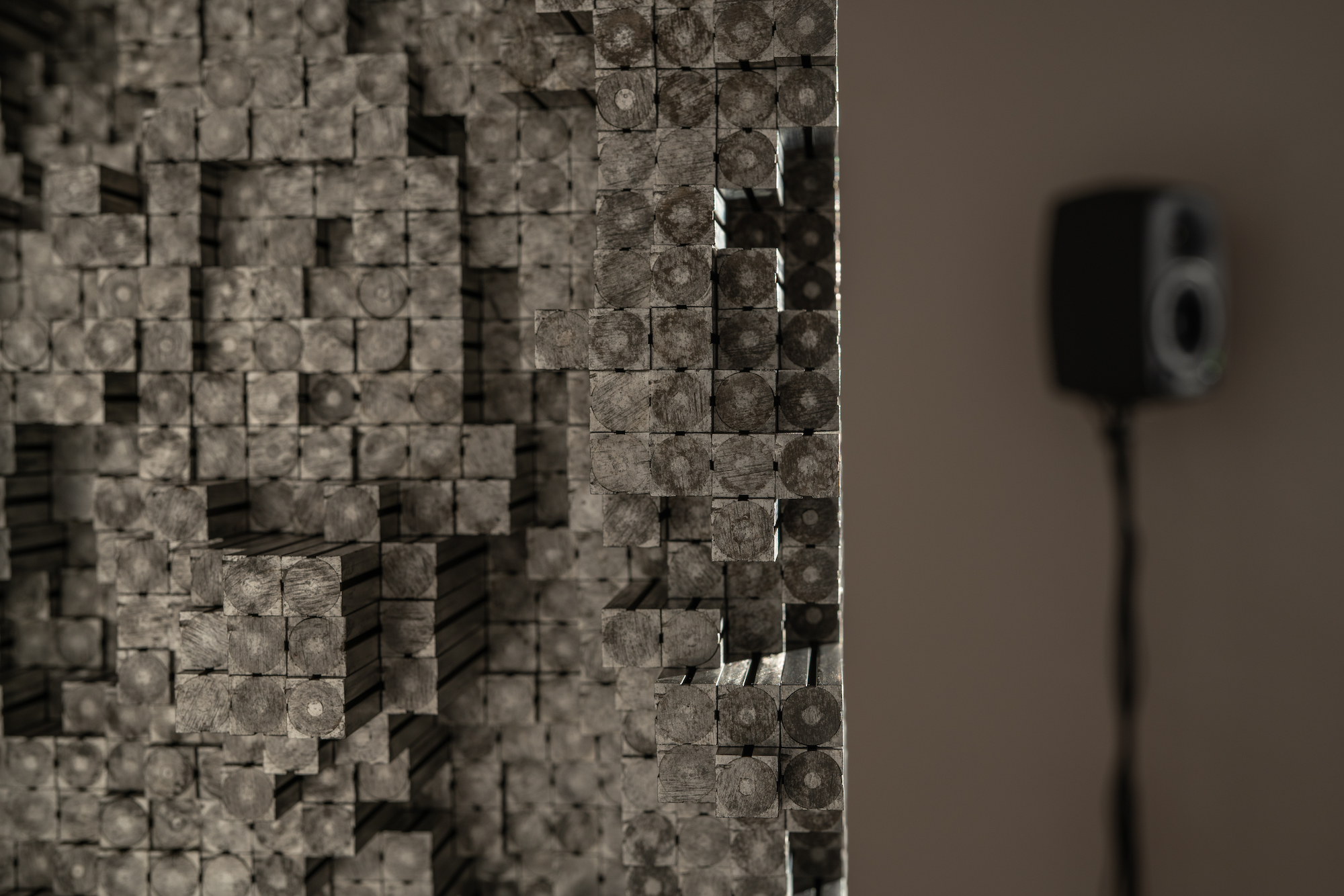 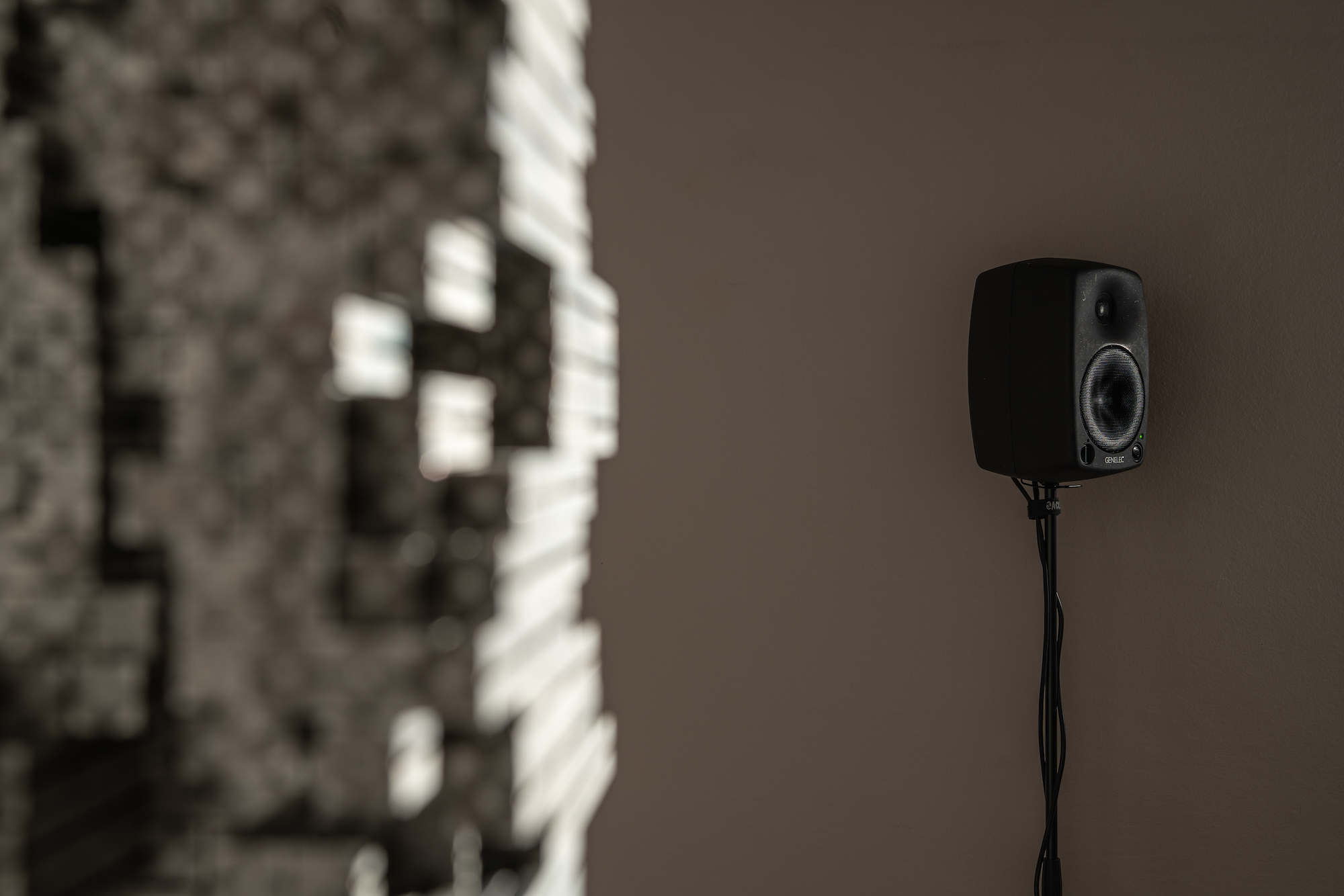 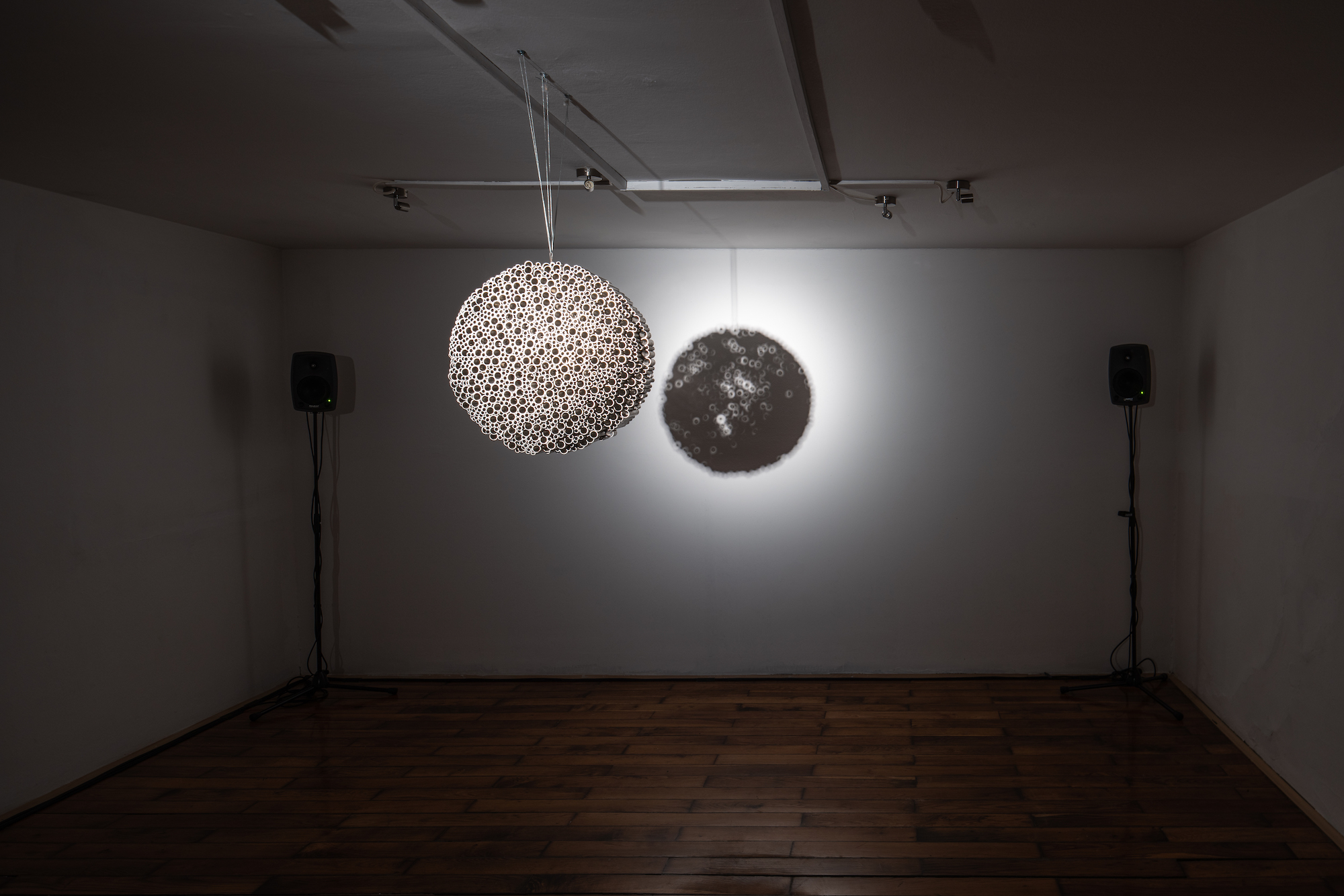 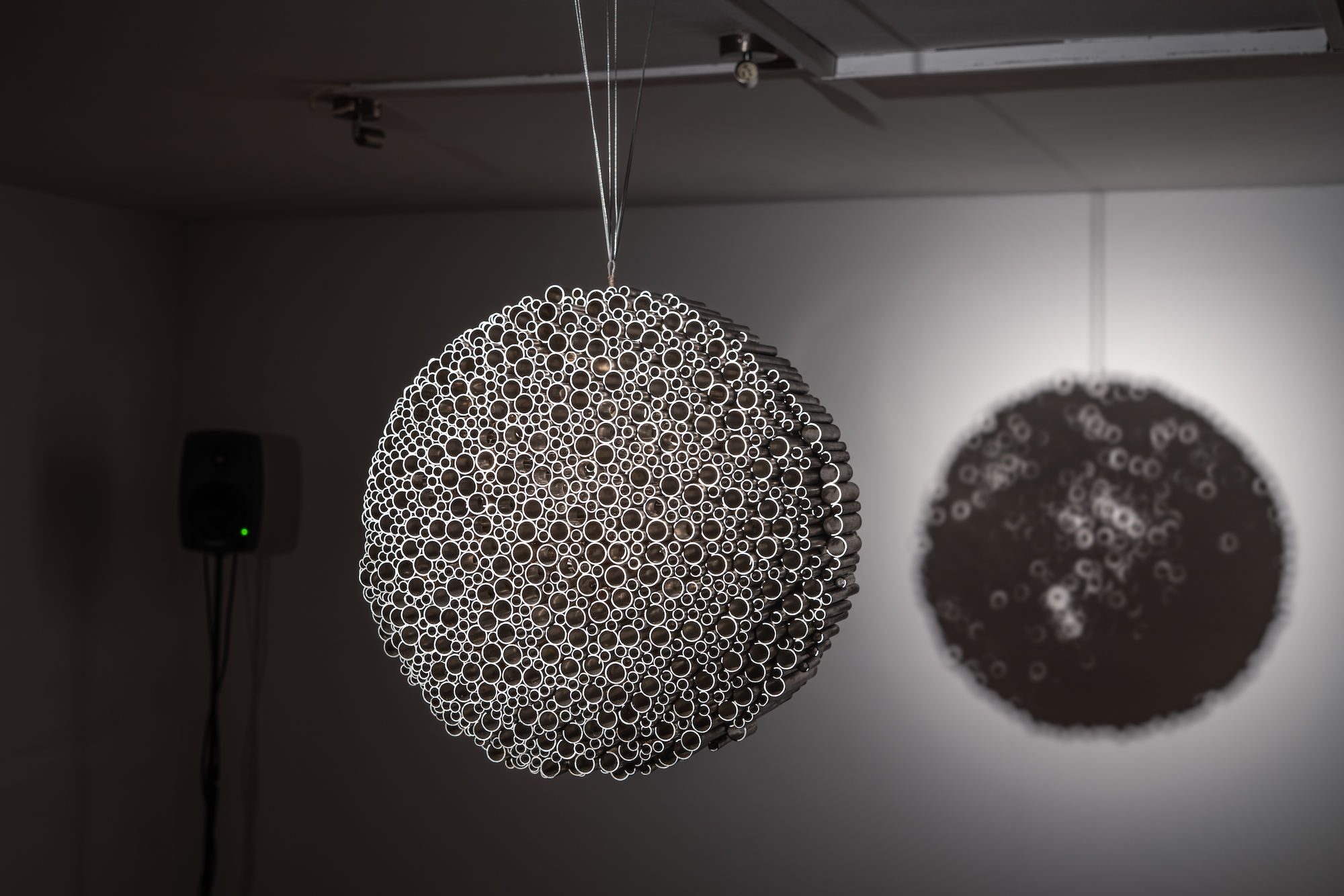 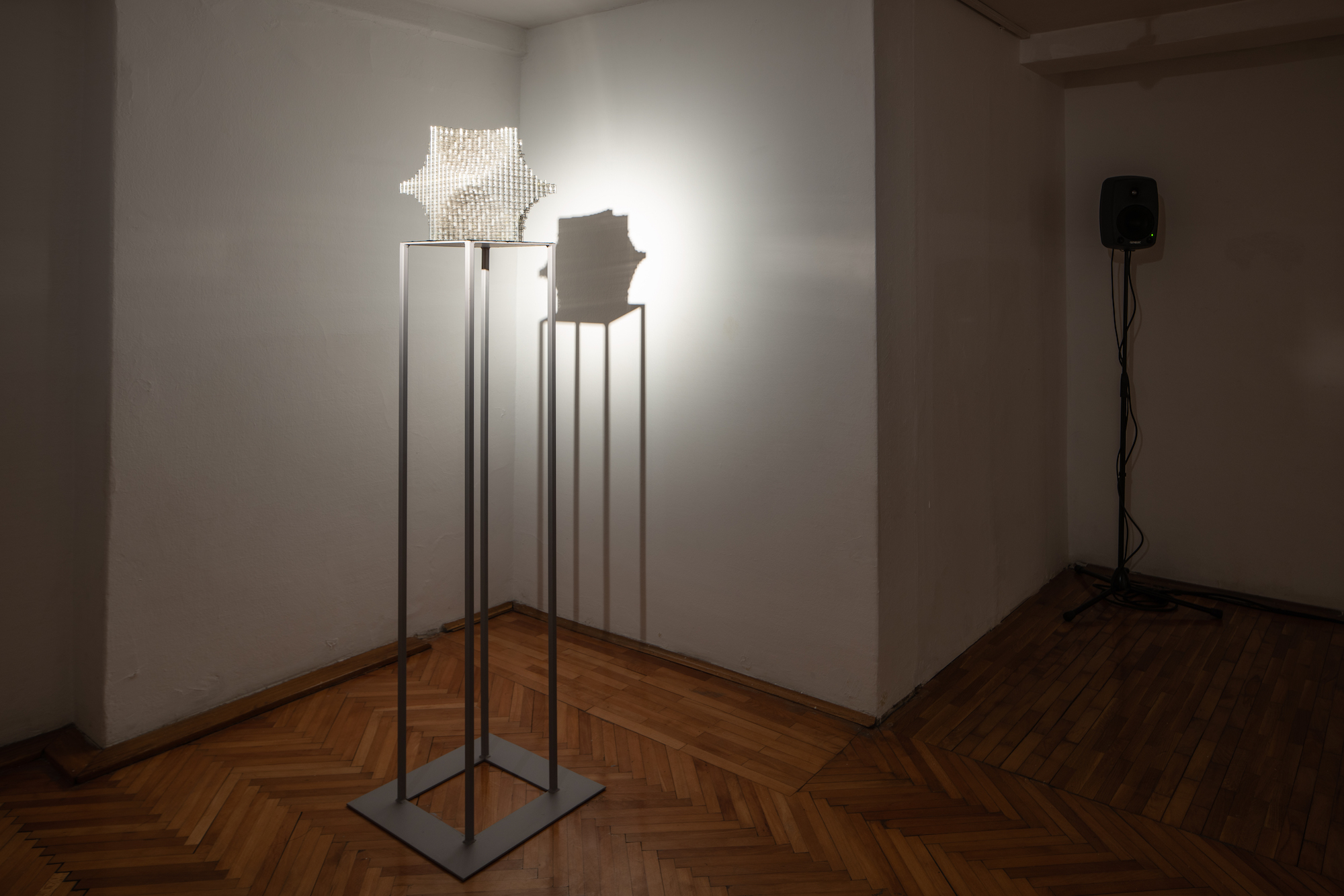 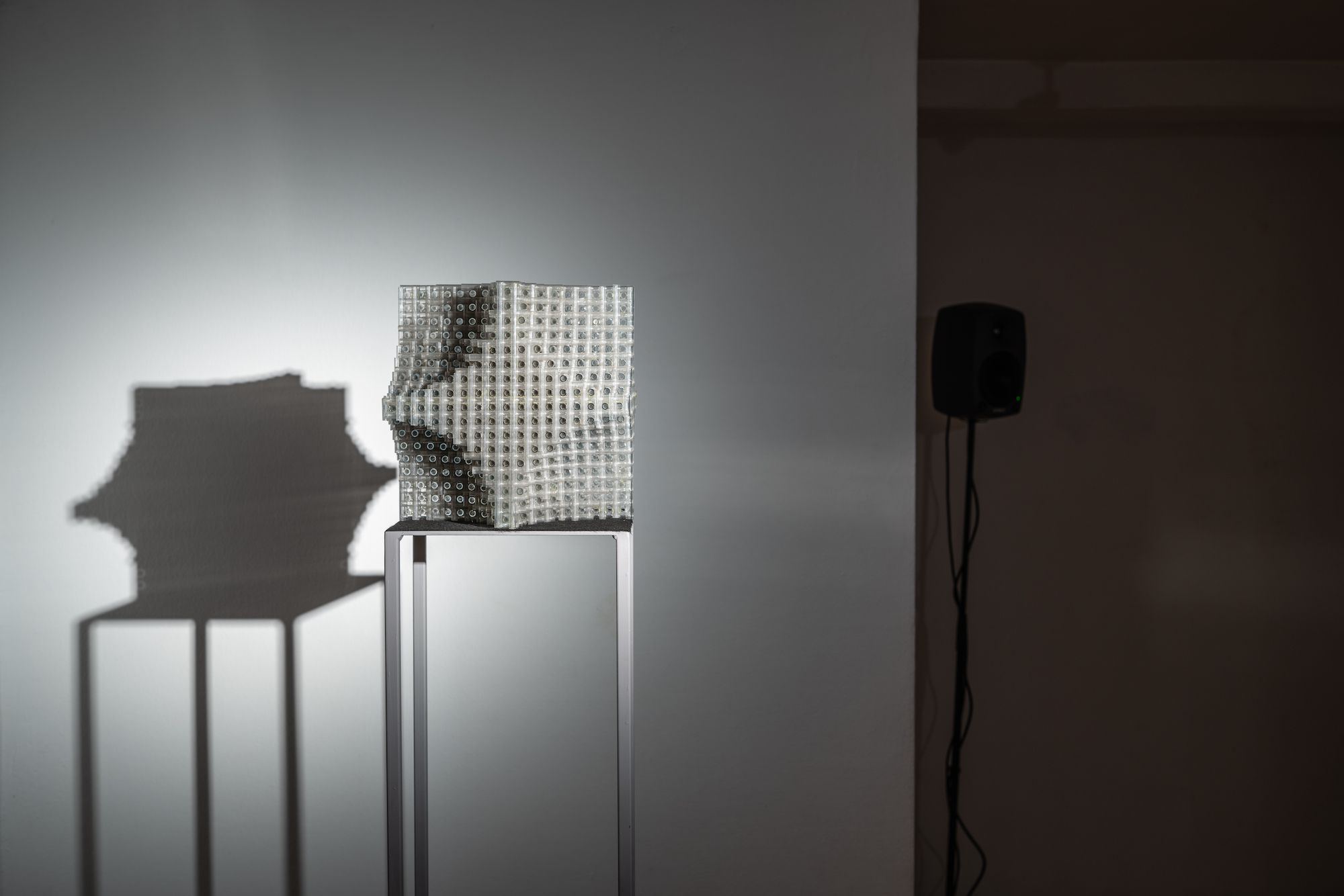 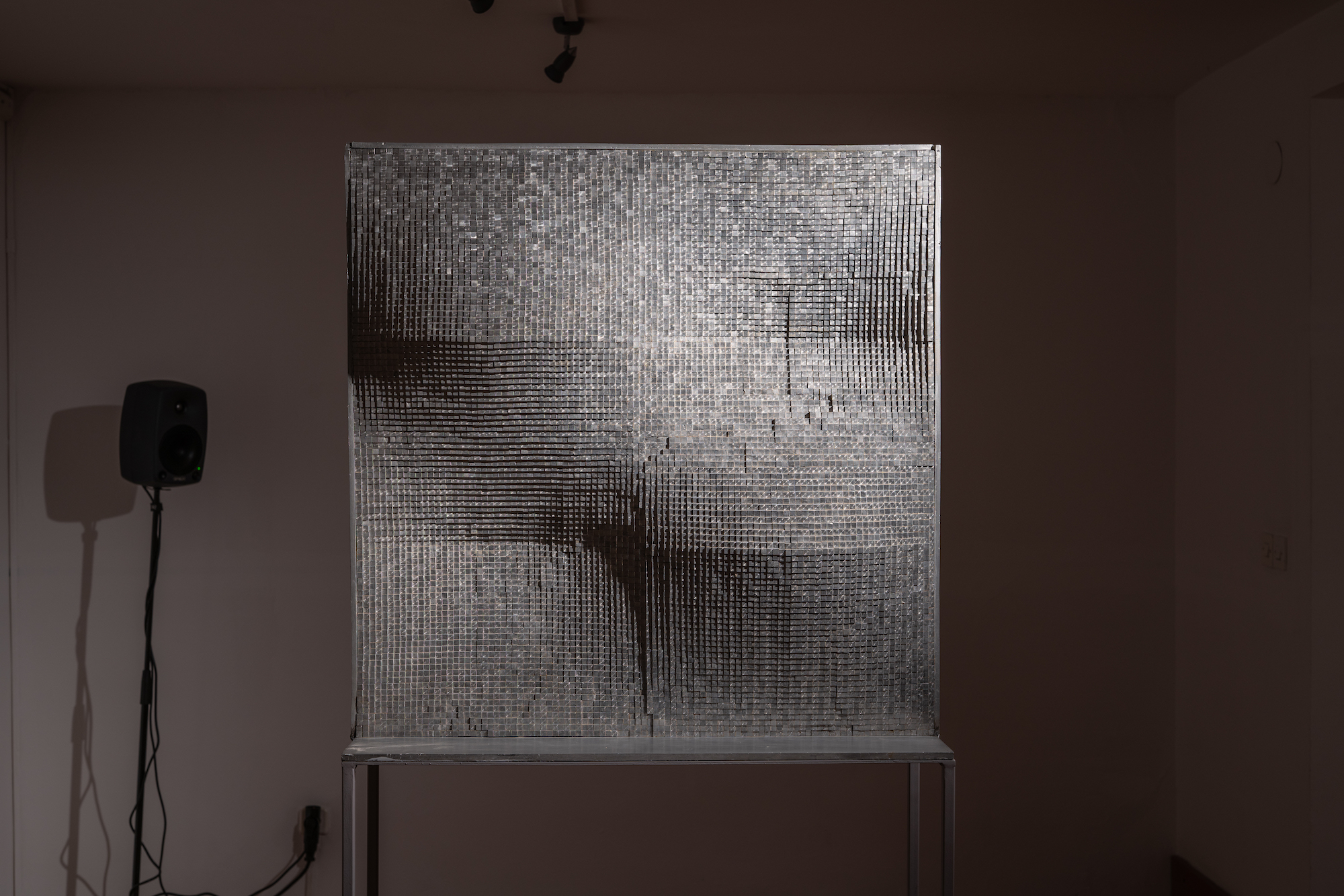 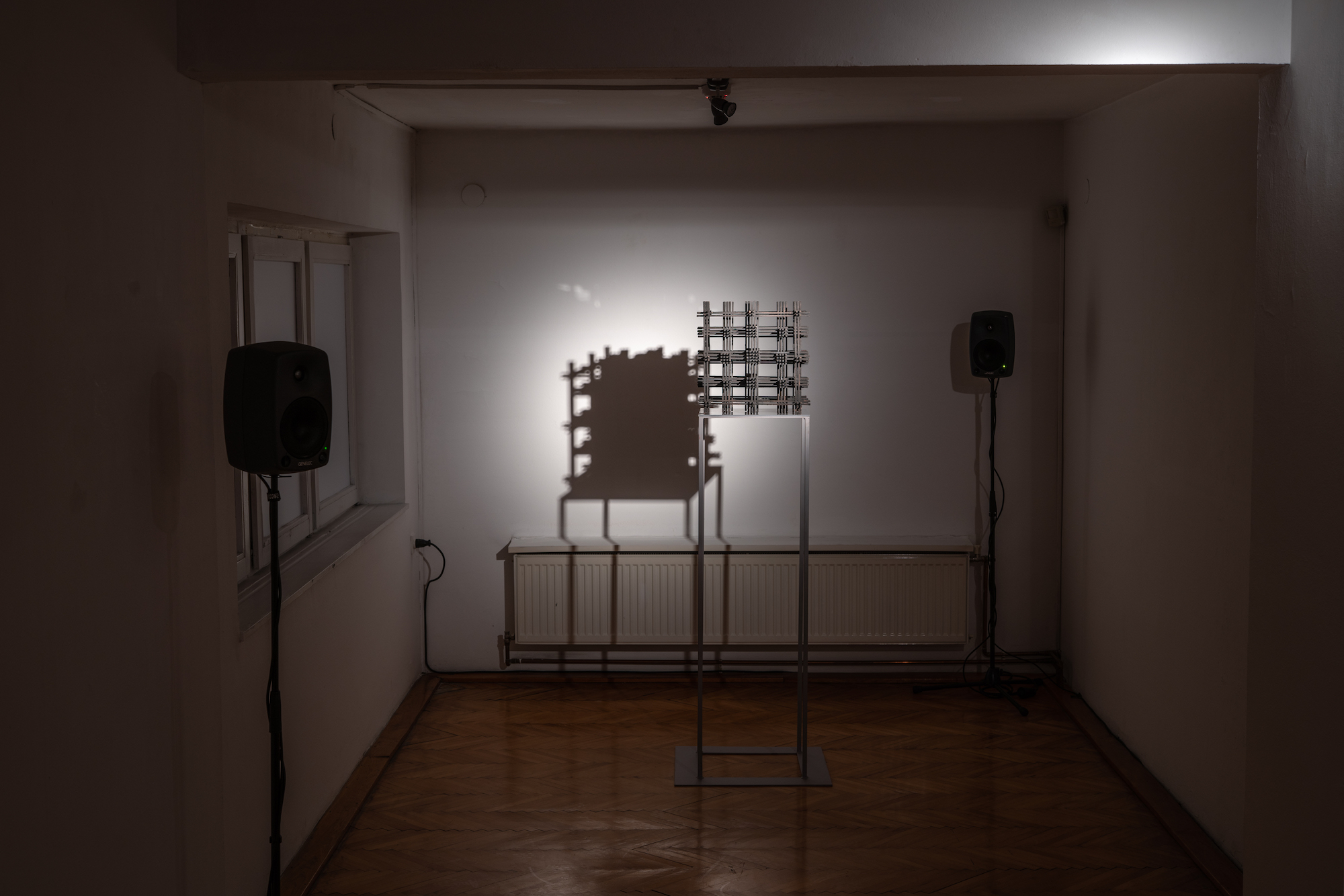 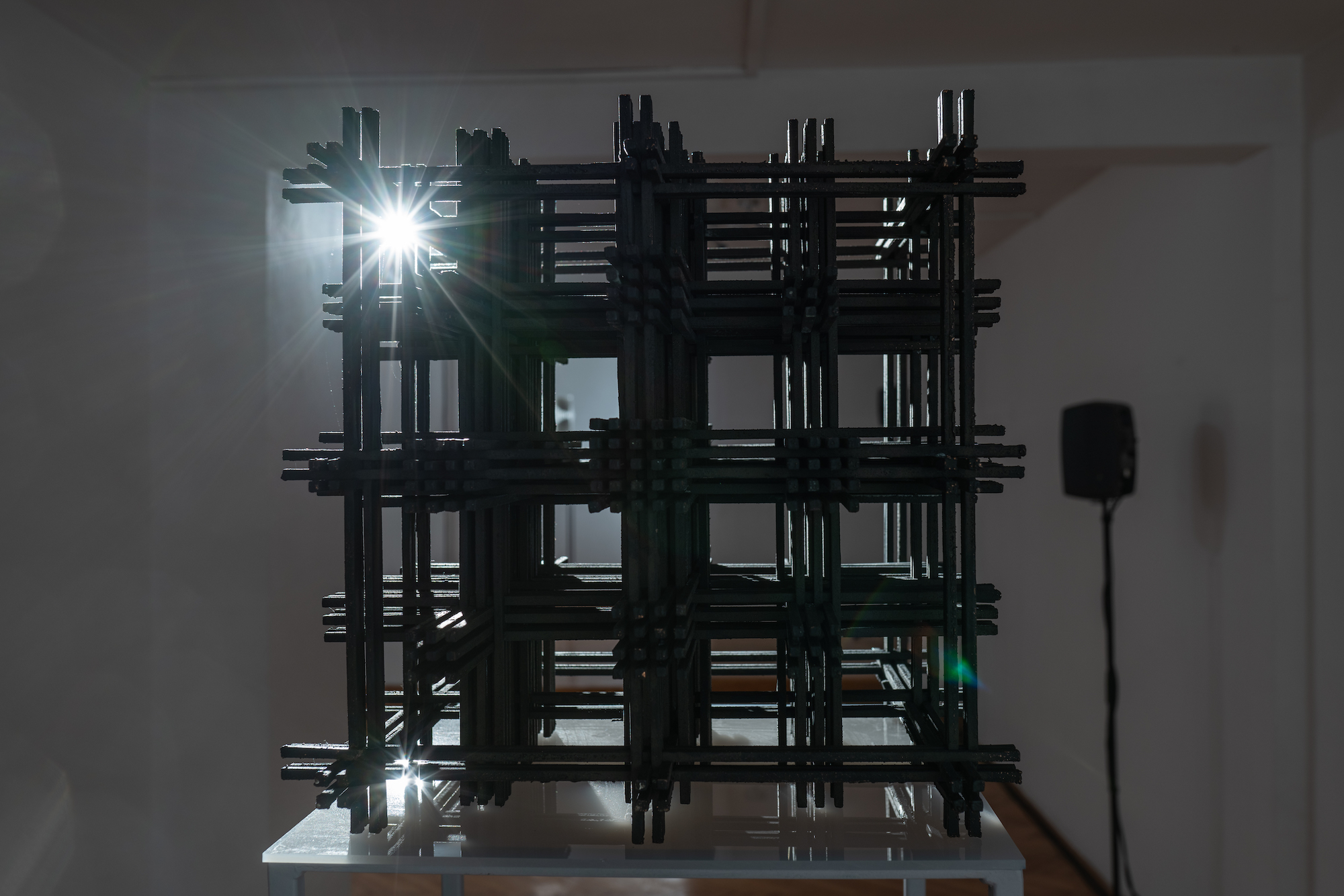 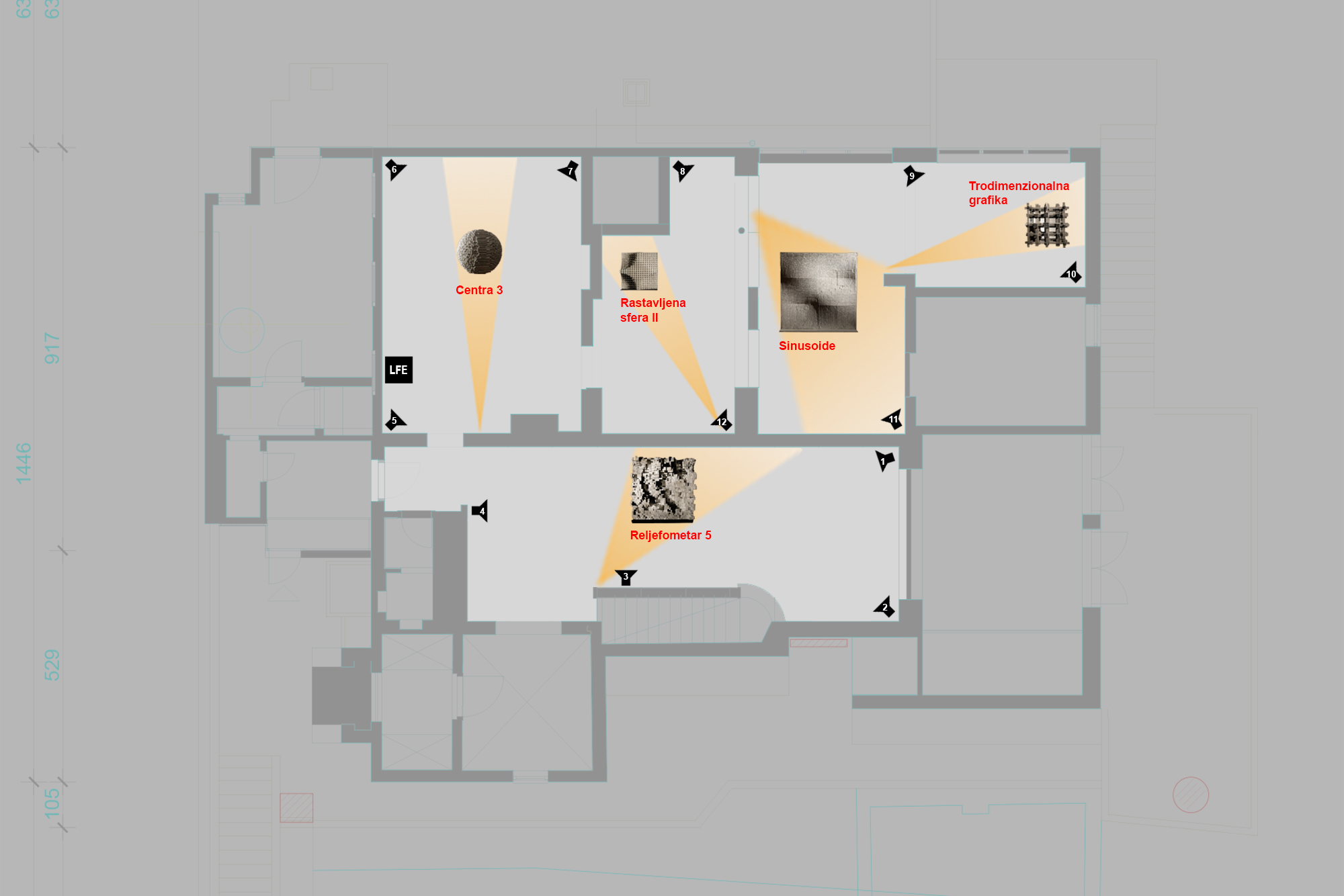 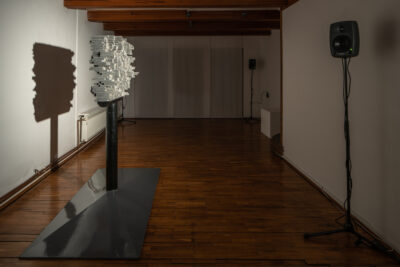 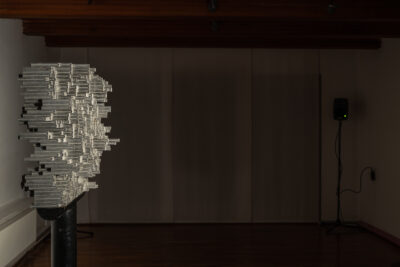 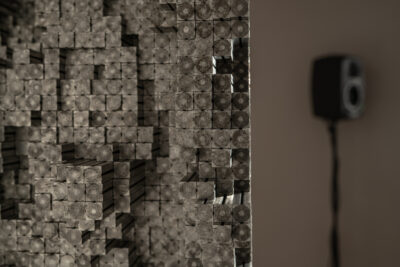 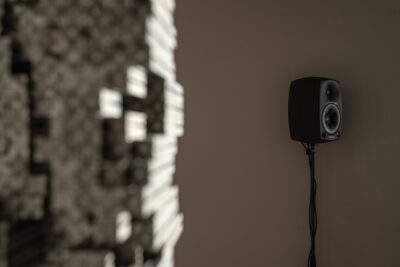 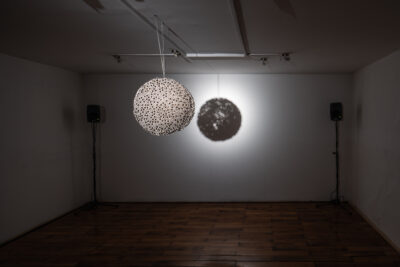 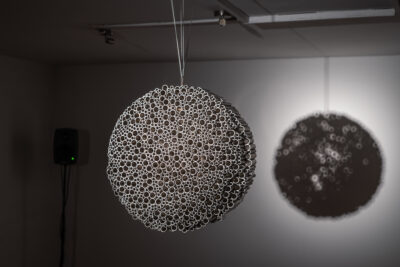 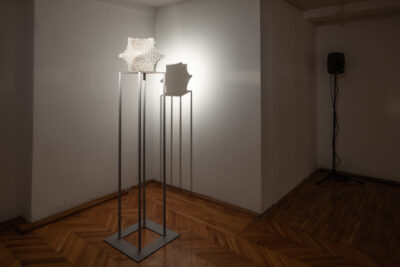 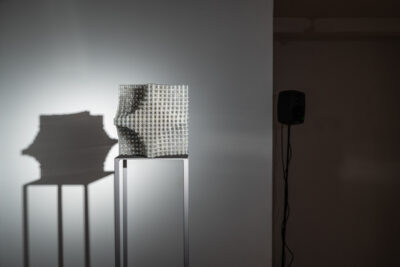 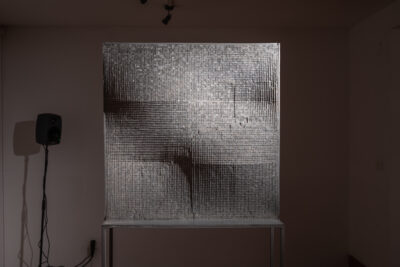 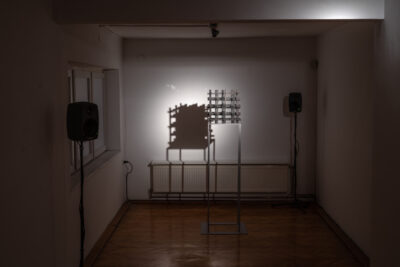 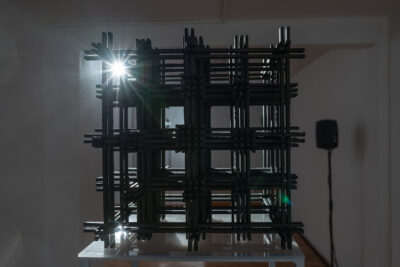 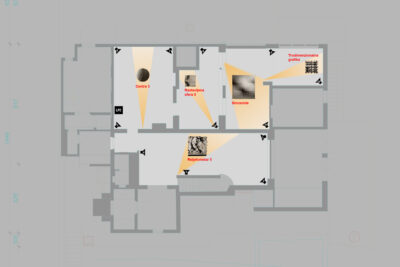 Guided by Vjenceslav Richter’s statement that his sculptures are instruments which one should merely know how to play, I began my sound piece by recording percussion instruments hitting his sculptures. By using a contact microphone, hitting resonances of thirty-six sculptures were recorded, and seven of them have acquired their own sound composition created by additional processing of the hitting sounds. Five of these have been presented at this exhibition together with the sculptures themselves, which had already previously stood in the exhibition space of the Richter Collection. The sound resonance of the minimalist gesture of hitting, which expands throughout the sculptural matter, is the initial sound sample that was subsequently modularly processed through SuperCollider software instrument and distributed to 12.1 surround channels. This is how the structure of each sound composition was developed. Units on the Richter scale for measuring earthquake magnitudes, featured in the work’s title, have been placed in relation to the seemingly soft, albeit vibrant sculptural works of Richter the architect. Their modularity, evident in the choice of matter i.e. material (mostly industrially produced modules, pipes, profiles, rods…), has been translated into a different, albeit also modular work principle (modular processing of the sound matrix through the software instrument) for creating a sound composition. The rhythm of this innovator’s construction- al spatial-plastic sculptures translates in an abstract, experimental and intuitive manner into the rhythm of the sound composition itself. The sculpture’s materiality is also directly transmitted through the sound imprint of the resonating hit of the percussion instrument, thus creating the energy of a Richter scale freed of gravity.

Samples for composition made with SuperCollider software instrument built by Hannes Hölzl.

The exhibition have been realised with the support of:
The Ministry of Culture of the Republic of Croatia
The City of Zagreb, City office for Culture